Accessibility links
Peter Tosh's Son Beaten Into Coma In New Jersey Jail : The Record While serving a six-month sentence for cannabis possession, musician Jawara McIntosh was brutally beaten and rendered comatose. His family is looking for answers — and filing a civil rights lawsuit. 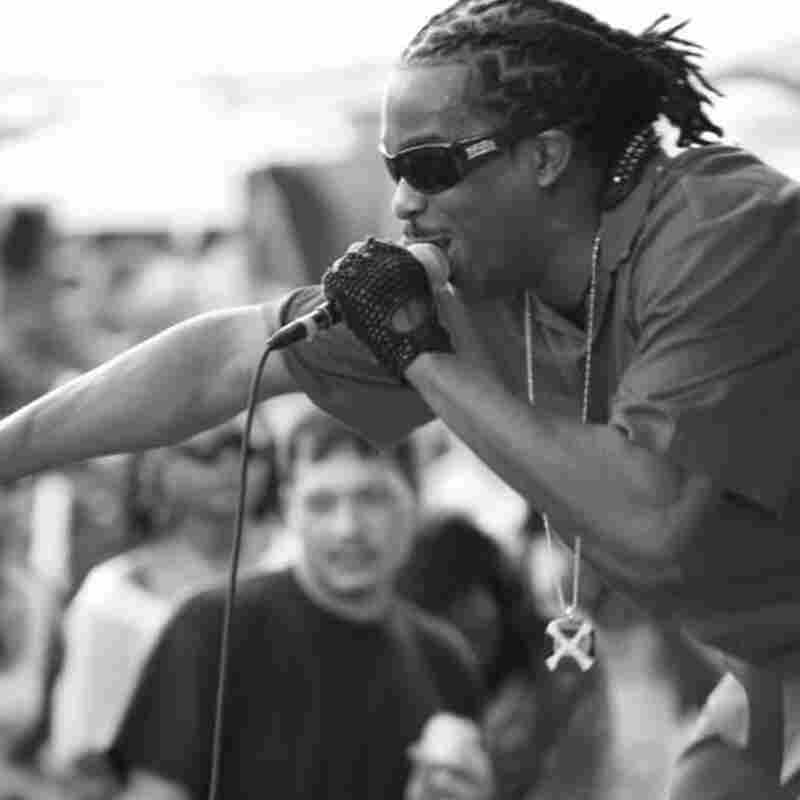 An undated image of Jawara McIntosh performing, which was posted on his Facebook page. Courtesy of the artist hide caption 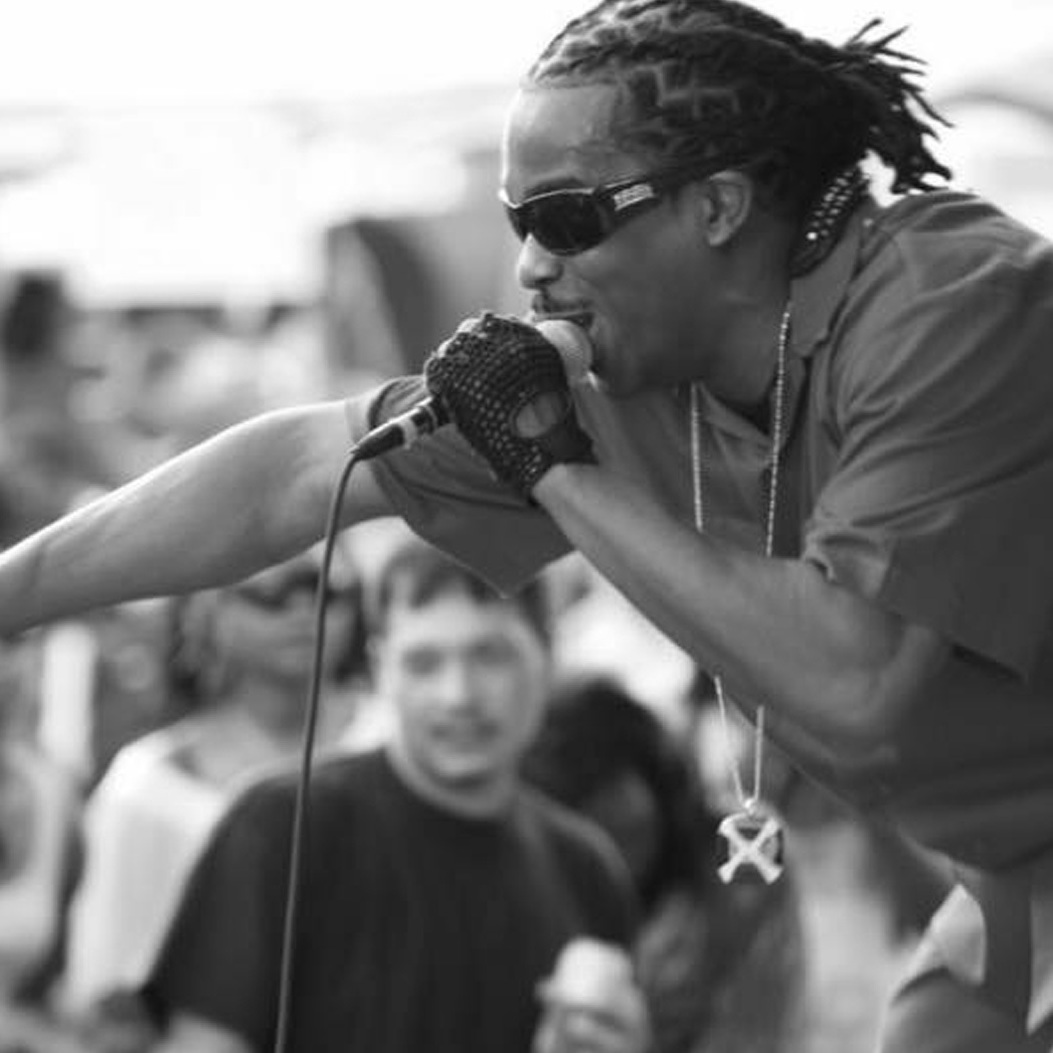 An undated image of Jawara McIntosh performing, which was posted on his Facebook page.

The family of legendary reggae artist Peter Tosh is filing a civil rights lawsuit and seeking a U.S. Department of Justice investigation after Tosh's son, 37-year-old Jawara McIntosh — himself a musician and marijuana legalization activist — was left in a coma after being beaten while in the custody of the Bergen County Jail in New Jersey four months ago.

According to McIntosh's family, the beating occurred on Feb. 21; the resulting brain injuries were so severe that he has been comatose ever since. He was first hospitalized at New Jersey's Hackensack Medical Center and has since been moved to a hospital in Massachusetts, where he resides.

McIntosh's family says that they learned of the beating when his mother, Melody Cunningham, received a call from the Hackensack hospital saying McIntosh needed a "life-saving medical procedure" after being attacked at the jail. Niambe McIntosh, Jawara's sister, tells NPR today that their mother then received a call from the jail's warden, saying that the incident involved another inmate.

Niambe McIntosh adds, "We have since, upon request, got an incident report that just didn't really give a lot of information, but it just said there was another inmate [involved]. There was very little detail as to what happened."

The family has announced that they are filing a civil rights lawsuit against the county and the jail "for failing to protect Jawara while he was in its custody, or directly participating in this brutal beating." The family is being represented by attorney Jasmine Rand, who has in the past represented the families of Trayvon Martin and Michael Brown.

They are also seeking the immediate release of additional information and evidence from the incident, and have sent a request to the federal Department of Justice asking for an impartial investigation into what transpired at the jail.

A spokesman for the Bergen County sheriff's office told NPR this afternoon that there was no statement immediately forthcoming, but there "may" be one issued later.

A statement from the family asserts that Jawara McIntosh is "presently unable to speak or use any form of communication; nor is he able to move with intent."

McIntosh is the father of four children, ranging in age from 6 to 11, and as an artist performs under the name Tosh1. He is also a longtime advocate for the legalization of cannabis. Like his father, McIntosh is a practicing Rastafarian; within the religion, cannabis is considered sacred.

Peter Tosh, was, along with Bob Marley and Bunny Wailer, one of the founding members of The Wailers; Marley and Tosh co-wrote the anthemic "Get Up Stand Up." As a solo artist, Tosh wrote and recorded 1976's "Legalize It" — a song that McIntosh also frequently performed.

At the time of the attack, McIntosh was about two months into serving a six-month sentence, after pleading guilty to marijuana possession. In a phone call today with NPR, Jasmine Rand said that before this arrest and sentencing, McIntosh had no prior criminal record.

Rand also asserts, "To me, it was completely egregious that Bergen County Jail had really not provided them any information how it had transpired. They were not forthcoming with evidence. They had not provided any video, any audio, any photographs, or really told the family exactly how it is that while in their custody, Jawara was so violently beaten to a point where he's now been in a coma for four months."

"We are also working with the family," Rand says, "on a larger legalization effort. As we know, many states have decriminalized or legalized cannabis — and there are far too many people in this nation that are imprisoned on cannabis charges, resulting in mass incarceration, police brutality, murder and, in this case, has left Jawara in a coma. So the issue that the Tosh family is facing is not an isolated issue. It's an issue that are nation is facing."

"And as we continue to decriminalize cannabis," Rand continues, "we need to look at what happens with prisoners. We need to look at record expungement, restoration of voting rights. The family of Peter Tosh, Jawara's family, are very committed to protecting not just Jawara's rights, but rights of other people throughout this nation."

In a video posted yesterday, the family wrote: "40 years ago, our father began the fight to legalize cannabis and despite its medicinal value and many states completely legalizing it, some states are still clinging to antiquated laws and a broken criminal justice system to deal with it. This is criminal. We can't be bystanders any longer."

Late on Friday afternoon, June 23, the Bergen County Sheriff's office released a statement, unedited and published in full below.

"On February 21, 2017 in the Bergen County Jail located in Hackensack, NJ Mr. Jawara Gmal McIntosh was assaulted by another inmate in a general custody housing unit. The assault, which lasted less than 10 seconds resulted in the serious injury of Mr. McIntosh. Bergen County Sheriff's Officers immediately responded to contain the disturbance and provide care to Mr. McIntosh. Medical personnel including a physician from the jail provided medical treatment to the victim while awaiting the arrival of the Hackensack Fire Department Emergency Medical Service. Mr. McIntosh was transported to Hackensack University Medical Center for treatment without delay. The actor, Inmate Kyrie Charon Baum, who was being held in the jail on charges of Robbery, Possession of a Handgun and Criminal Restraint from Fort Lee, was charged by the Bergen County Sheriff's Office with Aggravated Assault for this incident and has subseuesmtly been indicted by a Grand Jury. . A thorough investigation was conducted by the Sheriff's Office investigators which resulted in these new charges being filed against Inmate Baum. Due to the serous nature of the injuries to Mr. McIntosh the Bergen County Prosecutor's Office Major Crimes Unit was notified. "Although the Bergen County Jail has an extremely low violence rate I extend my thoughts to the family of Mr. McIntosh during this difficult time", said Bergen County Sheriff Michael Saudino. The investigation is ongoing at this time"