Accessibility links
Spotify Is Accused Of Creating Fake Artists — But What Is A Fake Artist? : The Record The streaming service has been at the center of a controversy regarding songs made by artists who don't appear to exist anywhere else on the web. If a song exists, can it be fake?

Spotify Is Accused Of Creating Fake Artists — But What Is A Fake Artist?

Spotify Is Accused Of Creating Fake Artists — But What Is A Fake Artist? 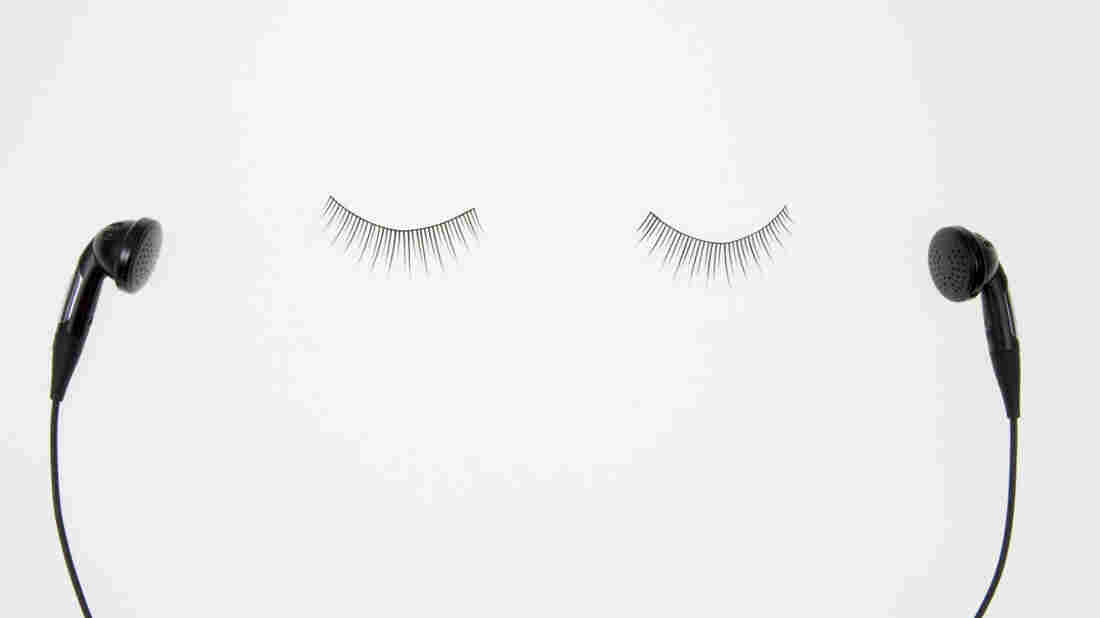 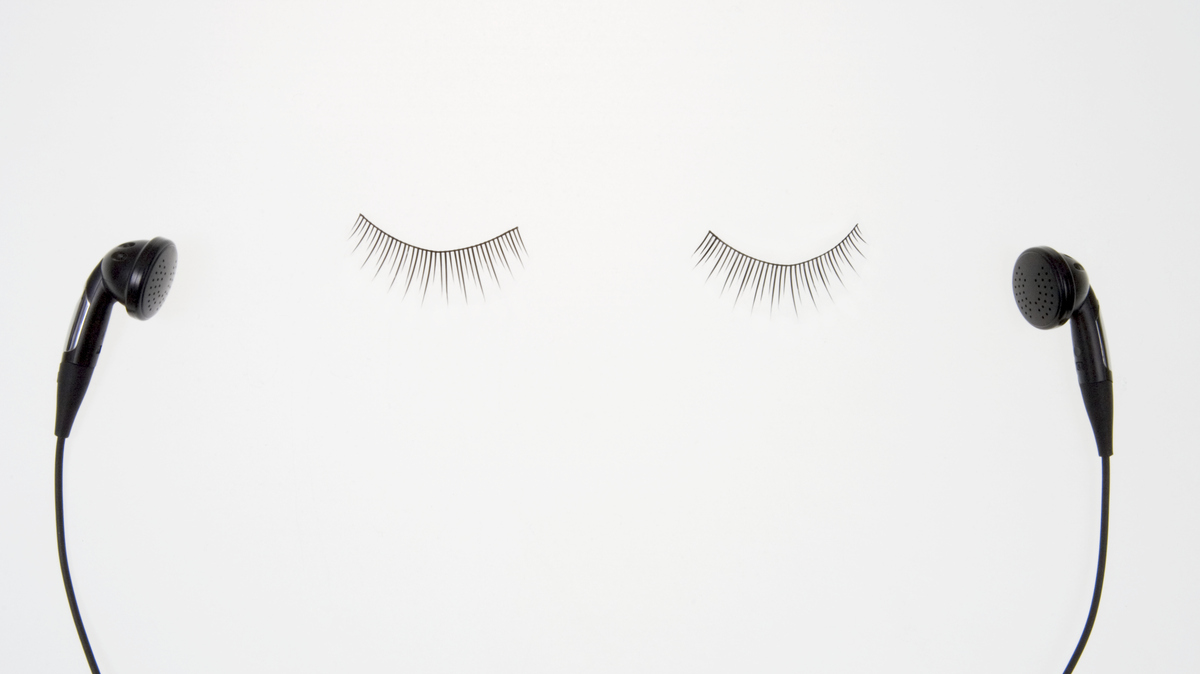 Spotify was criticized recently for allegedly hiring producers to create bespoke music for its platform.

The practice of creating music specifically designed to "succeed" on streaming platforms and playlists swirled into a controversy for Spotify this past weekend, after an article written nearly one year ago was resurfaced in a story that mainly focused on how some people are financially "gaming" the Spotify system.

The allegation levied in that original story from Music Business Worldwide was that Spotify is filling out some of its more experiential, moody playlists (like "Piano & Chill") with bespoke music by artists that don't appear to, in practical terms, exist outside of the platform. Much was made of the possibility that Spotify could potentially license these songs-by-request at a lower cost than usual, reducing the enormous amount of money it pays out annually for music (the company paid some $2.48 billion last year to music rights holders, according to the most recently available financial filings). In a statement to Billboard, the company denied the practice, saying it "never created 'fake' artists."

This relentless curation-through-playlisting is, in some ways, rewriting listeners' relationships to music, and artists' relationships to their fans. "Thanks to this new way of presenting music, genre may be completely changing its identity, or even losing its meaning," pianist Neil Cowley wrote last year after one of his pieces benefited after being added to a particularly high-profile playlist. "I can see how tempting it might be," he continued, "for an artist to make music that fits a certain bill."

"I'm trying to find an incentive for Spotify to create fictitious artists," Jeff Price, the founder of Audiam and someone who has had a spotty relationship with Spotify in the past (he was the indirect catalyst for a costly class action lawsuit the company recently settled), said. Reports "suggest it saves or makes them money, but the only way that could happen would be if they own the recording and the composition — there's no way they're going to create an ancillary income by secretly hiring artists to create sound recordings they'll own so they can backchannel their royalties to themselves. For a company trying to go public, it isn't worth the risk."

Nine artists with no profile whatsoever outside the confines of Spotify's green-and-black garden — Gabriel Parker, Charlie Key, Anna Olgica, Lo Mimieux, Greg Barley, Otto Wahl, Piotr Miteska, Karin Borg and Charles Bolt — did, as was reported, secure placement on some of Spotify's very popular playlists, like the aforementioned "Piano & Chill." These works, essentially credited to phantoms, are even inspiring real people to respond organically to some of this music. A person named Elysia Way, who found a song by Charlie Key "through Spotify on a playlist," as she wrote, uploaded a video of her covering that artist's "Song For A" (which she renamed, for "personal reasons"). Not for nothing, the supposedly fake Charles Bolt appears in a playlist embedded in Neil Cowley's article for The Guardian.

(It's also not unprecedented for artists to eschew the spotlight — like Daft Punk.)

"The big question mark is: What is Spotify's motivation?" Tim Ingham, editor of Music Business Worldwide, wondered in a phone call to NPR from his home in the U.K. "I do think, from the people who I've spoken to, that there's a motivation there to save some money, and to increasingly save money as the scale of streaming grows over time.

"I also find this question of artistic quality interesting. If Spotify truly believed in the science of a 'sleep' playlist, it kind of does make sense that you would ask someone to create something bespoke, based on data you've seen."

Through The Echo Nest, Spotify has exactly that kind of data and, if true, isn't waiting around for "legitimate" artists to write the music they think they need.

Spotify's denial, stating that it never created "fake" artists, leaves open a neat, semantic loophole — what is the definition of a "fake artist"? If there is a name and a song a person can play, is it fake? If that song is wholly generated by artificial intelligence, is it real? Several of these supposedly fake artists have been traced back to two very real Swedish producers — Andreas Romdhane and Josef Svedlund, as Music Business Worldwide found yesterday. There is a clear difference between their pseudonymous creations and myriad pop stars enlisting Swedish super-producer Max Martin to craft their art — his name is included in the liner notes, even if most listeners only pay attention to the name on the cover. But Svedlund and Romdhane have also assisted Kelly Clarkson with her work, too.

Spotify has in the past made a very big deal out of hiring at least one artist to create a customized piece of music for an extremely specific purpose. Two years ago, the electronic dance artist Tiesto created a song that would adapt its tempo to the running pace of the listener. "This is where music is heading," Tiesto told Billboard at the time. "Now the customer creates the mood, rather than the artist."

A Spotify spokesperson explained to NPR that the artists cited as fake "clearly do exist" and that its playlisting team is "programming an experience," flexing their expertise "but also data, their understanding of fans, how people are using it. That's how a playlist is put together, a good playlist. It can't be all algorithm, or have it all be human — it has to be a human curator armed with data and tools."

The question, really, reveals itself to be: What do these changes in listening, invisible or no, mean for the future of music appreciation? If it's taken as true that Spotify is paying artists to create works-for-hire in order to meet customer demand, how different is this from the practice of writing, or editing, songs to fit lengths more suitable for radio play? Neither is a pure expression of artistic vision, but decisions of commerce — of drawing in and retaining ears — and of demand. Most people welcome easy ways to fill their silence with sounds — "the bulk of people are, at best, casual music fans," as leading Echo Nest scientist Paul Lamere put it. For many, the source of these sounds is less and less important. The ease of finding them, more and more so. Tiesto had a point.

Spotify appears to be readying for the future. Much as the Internet was once an anarchic, pixelated intellectual playground, it has since its inception become dominated by unfathomably powerful gatekeepers: Facebook and Google, primarily, but also Apple, YouTube and Netflix. They all have in common (at least) one thing — they're easy to use, requiring little of their users for those users to take advantage of them. Having 35 million songs on offer is truly remarkable, but the truth is that these playlists, and the shadow-artists that are helping populate them, are possibly serving a need.

This is probably not great news for fans of the expression-driven genius, right? But the line is blurrier and blurrier. Consider Brian Eno's most recent album, Reflection, an app which plays an endless swirl of velvet ambience that never exactly repeats. Eno put a lot of thought into this piece of work. The curators of the future are, maybe, doing the same.

As Eno explained in an interview around the release of Reflection: "To make something is to express a belief in how things belong together."