Accessibility links
The KLF's Greatest Protégés Didn't Really Know What Was Going On : The Record The KLF — Bill Drummond and Jimmy Cauty — were, and remain, unparalleled masters of both music and manipulation. The Austrians they inspired, however, are... a different story.

The KLF's Greatest Protégés Didn't Really Know What Was Going On

The KLF's Greatest Protégés Didn't Really Know What Was Going On 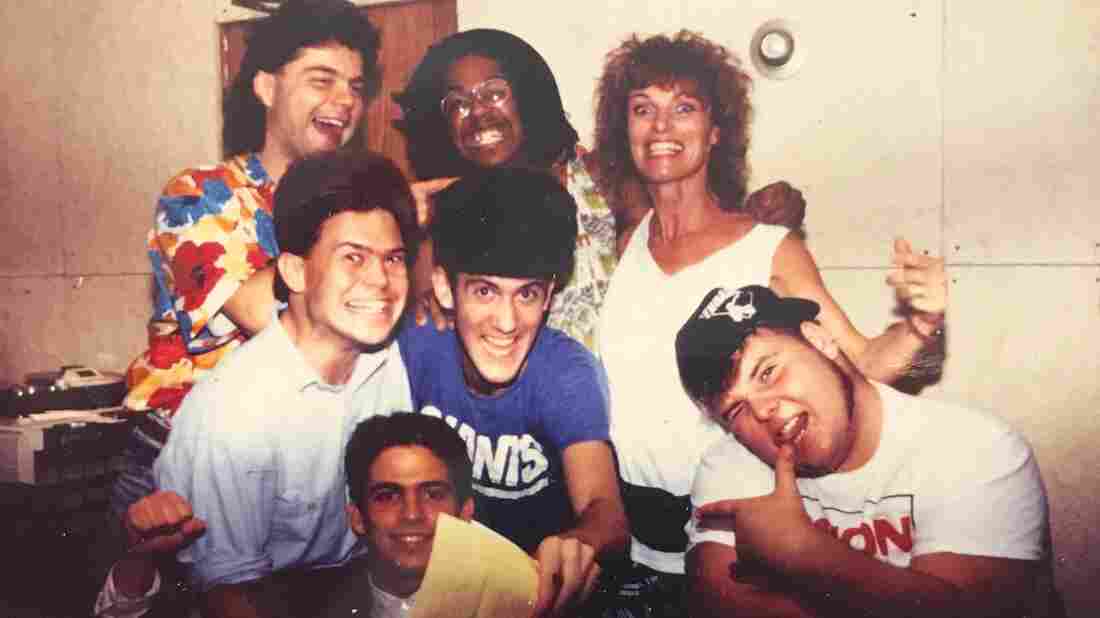 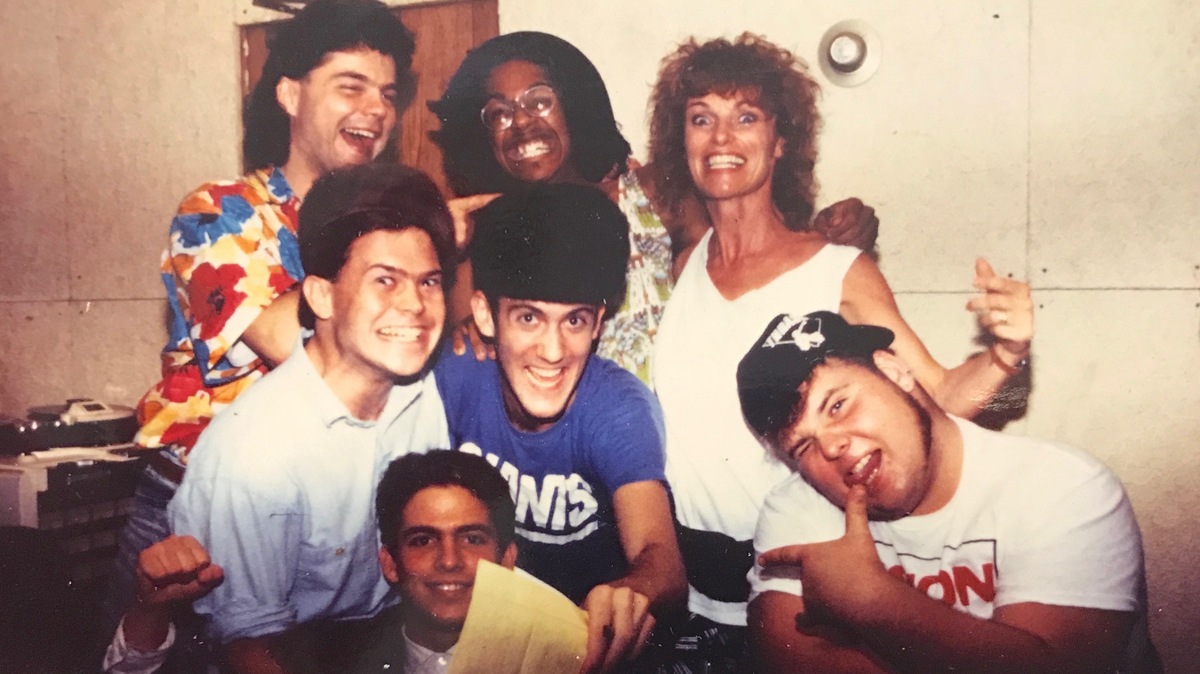 In January, a cryptic poster plastered on a London wall announced the imminent return of The KLF — also variously known as The Kopyright Liberation Front, The JAMs, The Timelords, The Justified Ancients of Mu Mu, The K Foundation, K2, among others — after a 23-year hiatus. That the person who "discovered" the poster happened to manage one of its two members came as little surprise to anyone familiar with The KLF, whose lead instrument is f****** with people, at which both are virtuosic.

Just over a month after the poster appeared, publishing house Faber & Faber announced a forthcoming trilogy of books written by The Justified Ancients of Mu Mu – one of the group's many alter-egos, you may remember — to be "presented as a utopian costume drama, set in the near-future, written in the recent past." NPR Music was delighted to receive an advance copy of the first book in the trilogy, 2023, and only slightly less delighted — truly — to discover that it contained 300 blank pages and a helpful note suggesting that we fill them ourselves.

The Justified Ancients of Mu Mu also announced — today — a three-day event starting Aug. 23, the day that 23-year "moratorium" ends and that 2023 is released, titled "Liverpool: Welcome to the Dark Ages." Each day centers around a single event; a "hearing" on why The K Foundation burned a million pounds, a reading of the first chapter from 2023, the title of which — "WHAT THE FUUK IS GOING ON?" — is at least a double entendre, and "THE RITES OF MuMufication," a ritual.

The KLF has clearly returned.

Founded in 1987 by Bill Drummond — a Liverpool music fixture and onetime Echo & the Bunnymen manager — and Jimmy Cauty — an artist and co-founder of pioneering U.K. electronic group The Orb — The KLF made a brief but indelible career of elaborately punking the music industry, the art establishment, the tabloid press and the pop charts, all with equal verve, aplomb and success.

Known as much for their Illuminat-ish mystique and Situationist-inspired media stunts as their music, The KLF is best-remembered for filming that burning of one million British pounds (over $1.6 million at the time) on a remote Scottish island in 1994. That literal pile of money represented the amount of unsolicited royalties they'd received since announcing their departure from the music industry at the annual Brit awards two years earlier – which they'd done by firing machine-gun blanks at the audience, before dumping a dead sheep at the afterparty for good measure.

But even that considerable sum apparently represented just a fraction of what the group had earned during its late-'80s and early-'90s peak; a string of deliriously overproduced, sample-happy "stadium house" pop hits like "What Time Is Love?" and "3 A.M. Eternal," which helped to make The KLF Britain's biggest-selling singles act of 1991.

Drummond and Cauty began making music as The Jams in 1987, immediately polarizing critics with their raw-sounding, largely unauthorized sampled-based debut, "1987 (What The F*** Is Going On?)" 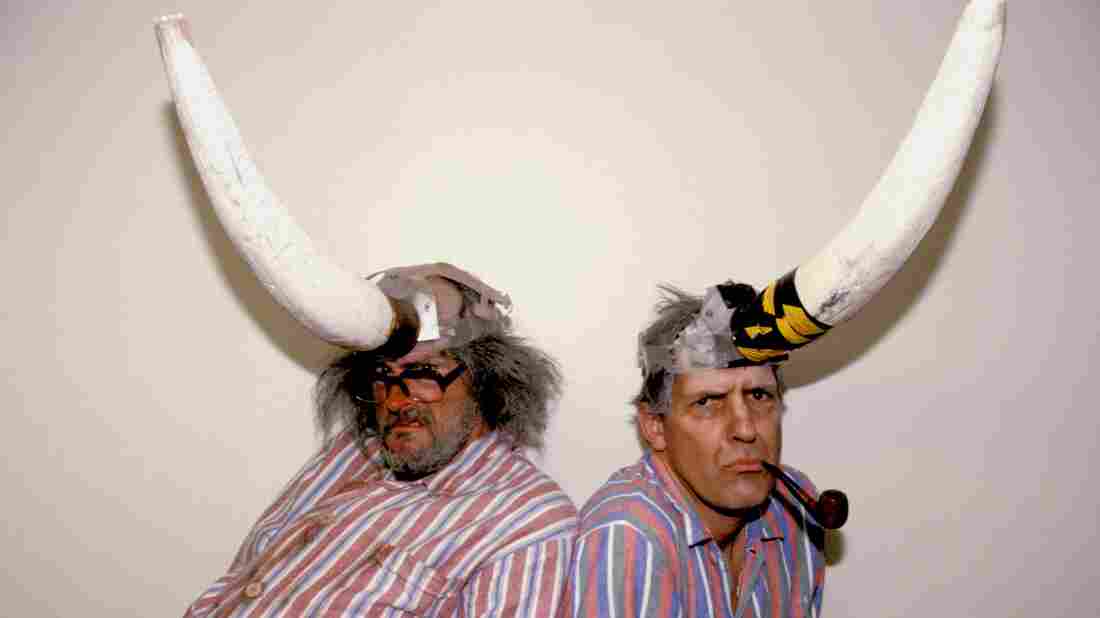 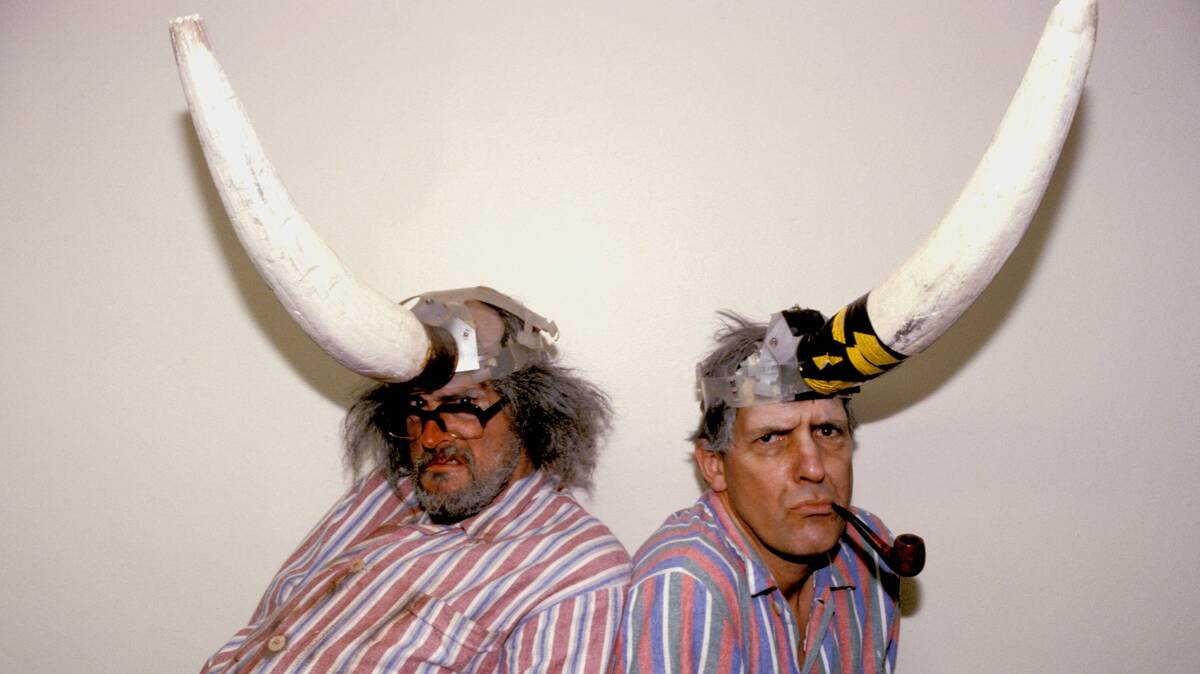 Melody Maker called it "the most original album we've heard in years," but NME wasn't having its mix of kitchen-sink samples, beatbox rhythms, and ambiguously political raps, calling it "the sound of one good idea spread very thin, of novelty wearing off." The critical discourse helped to make the album a mild commercial success, but none of its five singles made it into the pop charts. Undeterred, Drummond and Cauty returned the following year under new alias The Timelords, with a plunderous new single that would change their fortunes.

"Doctorin' the Tardis" was a garish, willfully dumb mashup of the original "Doctor Who" theme song and Gary Glitter's proto-jock jam "Rock 'n' Roll (Part 2)." Despite being roundly panned by critics, the song went straight to the top of the U.K. pop charts, providing Drummond and Cauty with their first No. 1 hit and the blueprint for a manifesto they called The Manual (How to Have a Number One the Easy Way).

The Manual, self-published by Drummond and Cauty following the surprise success of "Doctorin' the Tardis," purported to reveal the secrets to making your very own No. 1 pop hit – without any discernible talent.

With step-by-step instructions and wry observations like, "If you are already a musician, stop playing your instrument. Even better, sell the junk," and "No records are bought in vast quantities because the lyrics are intellectually clever," The Manual was an ironic sendup of the previous decade's vacuous pop-industrial-complex, a fact that would have been obvious to anyone — unless you happened to live somewhere not exactly famous for either irony or humor. Like Austria, for example.

Unless you're a fan of obscure Europop hits or the marketing field of "sonic branding," you're probably unfamiliar with Walter Werzowa. Among prominent Austrian-Californians he sits somewhere between Arnold Schwarzenegger and... lesser-known Austrian-Californians. Regardless, you've undoubtedly heard his work. The founder of audio branding company Musikvergnuegen, Werzowa is the composer of the omnipresent Intel Inside "bong," the mnemonic five-note sequence that has been the chipmaker's sonic signature for over 20 years. It's been estimated that every five minutes someone in the world hears its iconic "bonnnng... bong-bong-bong-bong," which the Vienna native wrote in his Sherman Oaks, California garage in 1994.

While the "bong" wasn't exactly Werzowa's first hit, it was his first hit that didn't require wearing lederhosen and yodeling over ABBA samples. That distinction belongs to "Bring Me Edelweiss," the 1988 novelty hit by Werzowa's dance-pop band Edelweiss – or, The Band That Came Closest to Getting a No. 1 Pop Hit By Taking The KLF Manual Literally.

Werzowa grew up in Vienna as a classical music prodigy, which carried great prestige in the land of Mozart and Beethoven, but also an age-old lament common among the great composers. "Not enough girls," he tells NPR. "When I was 18, I saw a picture of Giorgio Moroder, who was standing in front of a [Roland] Jupiter 8, this beautiful, colorful monster of a synthesizer. It looked amazing. I felt called by that instrument."

With a loan from his father, Werzowa bought his own monster synth and was soon doing music programming for Falco, who singlehandedly proved the existence of Viennese humor with 1985's "Rock Me, Amadeus." (Werzowa says Falco was, true to form, "one of the most depressed people I've ever met.")

It was around that time that Werzowa and two fellow KLF-loving studio remixers got a copy of The Manual. It would prove influential, despite the fact they barely understood a word of it.

"Our English was pretty bad," he says. "We learned some in school, but it was more like 'Sorry, waiter, my napkin fell to the floor.' Which does not really help with something like The Manual. We probably misread a lot of it — but maybe that helped us as well."

Even when they did understand the words, the KLF's eccentric brand of social satire may have been lost on the Austrians, culturally speaking.

"We're a little heavy-handed," he admits. "It took me 20 years of psychotherapy to get rid of the notion that only through suffering can you be successful. It's in our genes."

Freed from the confines of nuance, the three decided to take The Manual at its word and create their own pop hit, taking particular note of the rule stating: "Every Number One song ever written is only made up of other songs...There is no point in looking for originality."

The Timelords had scored big by pilfering from Doctor Who and Gary Glitter, but Werzowa and crew, now calling themselves Edelweiss, would aim even higher.

"We decided to incorporate ABBA's [massive 1975 pop hit] 'S.O.S.' into the chorus," says Werzowa. "At that time, nobody really paid attention to sample rights, so we just called Sweden and got one of ABBA's publishers on the phone."

Unbeknownst to the Austrians, however, ABBA did pay attention – the band had actually filed a copyright infringement complaint against The KLF for using an unauthorized passage from their hit "Dancing Queen" on The Jams' 1987 album, forcing all unsold copies to be destroyed. But Edelweiss caught a lucky break.

"The guy was obviously drunk, and we could barely speak English," Werzowa remembers, "but we said we wanted to use the chorus for our little song and he said 'okay' and faxed us a contract on their company paper. ABBA were furious."

"Bring Me Edelweiss" is as direct a byproduct of The Manual as there ever was, a mash of "S.O.S." and club classic "Last Night a DJ Saved My Life" with Run-DMC samples, Bavarian yodeling, dizzying Italo-house keyboards, more Bavarian yodeling, and some of the worst rapping ever committed to record.

In the spirit of The KLF's lavishly absurd music videos, the video for "Edelweiss" is either a cleavage-soaked Alpine fever dream capable of sending Julie Andrews sprinting back to the nuns, or the Ricola commercial to end all Ricola commercials.

"We realized that for a lot of the U.S. charts, pop music really sounded like it came from their country," says Werzowa. "Elvis Presley had, to our ears, an incredible knowledge of the country's voice, the American voice. We said, 'What would happen if we did this with Austria?'"

Incredibly, the song sold over five million copies worldwide, narrowly missing the top of the pop charts, falling just short of The Manual's fantastical goal. In hindsight, however, Werzowa says the success of "Bring Me Edelweiss" wasn't ultimately inspired by any of The KLF's specific directives as it was by The Manual's underlying D.I.Y. ethos.

"I think the biggest help was just the encouragement," he says. "Basically, somebody saying you can write a hit instead of saying you suck. That really drove it home for us: that anybody could do it — even Austrians in lederhosen."