Accessibility links
Linkin Park Singer Chester Bennington Dead At 41 : The Record One of the lead singers of the band Linkin Park, which found great success in the early 2000s, died Thursday in Los Angeles. 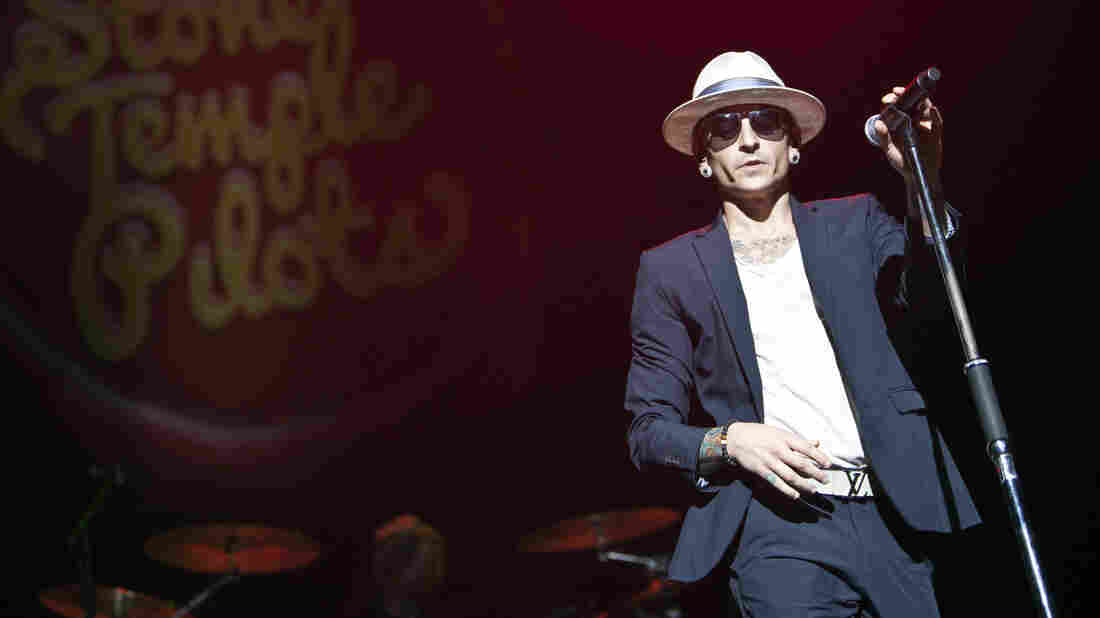 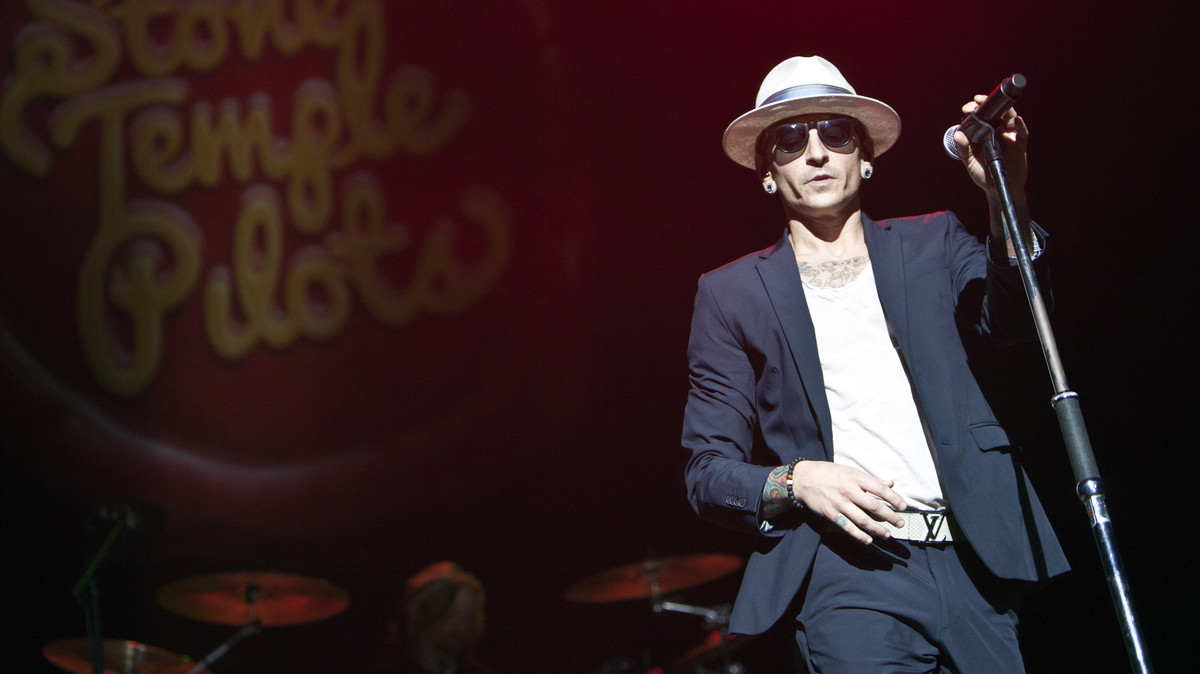 Chester Bennington, one of the lead singers for the band Linkin Park and a former singer for Stone Temple Pilots, has died. His death was confirmed to NPR Thursday afternoon by the Los Angeles County Coroner's office, which said that his body was discovered at a house in the 2800 block of Palos Verdes Estates in Los Angeles and that investigators are currently on the scene. The death is "being looked at as a possible suicide at this time," according to Brian Elias of the coroner's office. Bennington was 41 years old.

Linkin Park member Mike Shinoda posted that he is "shocked and heartbroken" and that an official statement from the band is forthcoming.

Earlier this month, Linkin Park finished a European and U.K. leg of an international tour in support of its current album, One More Light, with guest artists Machine Gun Kelly, One OK Rock and Snoop Dogg; the band's next scheduled tour date is July 27 in Mansfield, Mass.

Although Linkin Park never gained much critical acclaim, the rap-rock band was a popular staple in the early 2000s. Its debut album in 2000, Hybrid Theory, became the best-selling rock album of that decade, and the group went on to sell more than 50 million units. At the height of its popularity, Linkin Park toured relentlessly — the band reportedly tallied 342 live shows just in the year 2001. Overall, Linkin Park scored six Top 20 hits on the Billboard Hot 100 chart. But Linkin Park got credibility for some collaborations with hip-hop artists, including Collision Course, a 2004 EP the band recorded with Jay-Z.

In addition to his Linkin Park work, Bennington served as the lead singer of Stone Temple Pilots between 2013 and 2015.

Today is also the birth date of one of Bennington's close friends, the late Soundgarden and Audioslave frontman Chris Cornell, who killed himself in May. Cornell and Bennington were close friends, and the Linkin Park singer sang at Cornell's memorial service in May.