Accessibility links
Spotify Sued, Yet Again, Over Compositions : The Record Two new lawsuits against the music streaming leader landed this week, over issues that have already twice led to settlements.

Spotify Sued, Yet Again, Over Compositions

Spotify Sued, Yet Again, Over Compositions 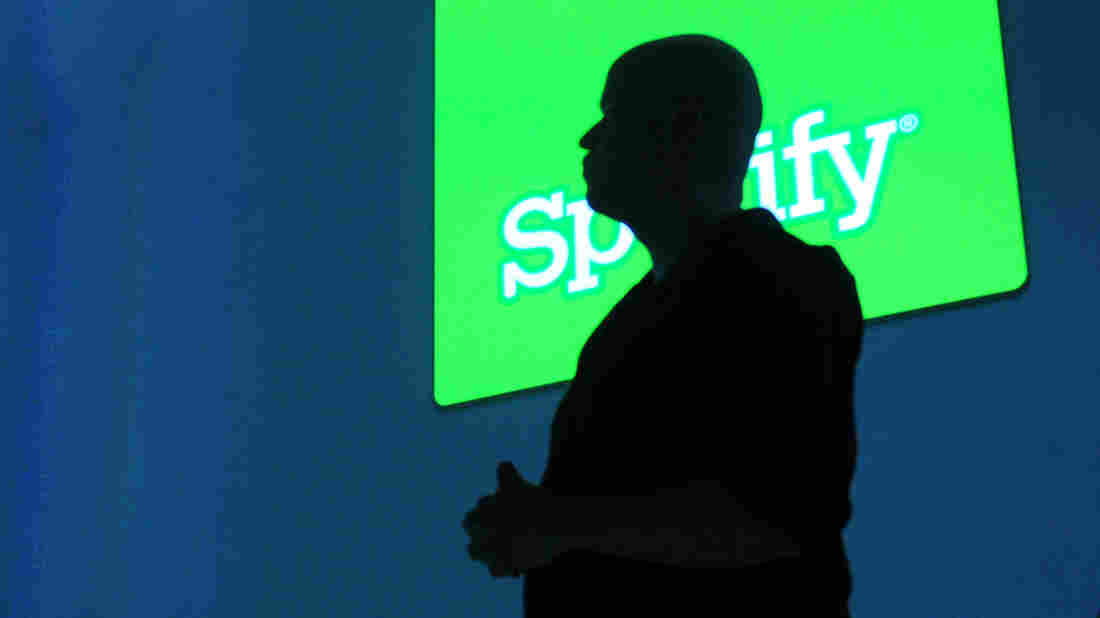 Spotify co-founder and CEO Daniel Ek gives a presentation in New York in 2011, the year his company launched in the U.S. Bloomberg/Bloomberg via Getty Images hide caption 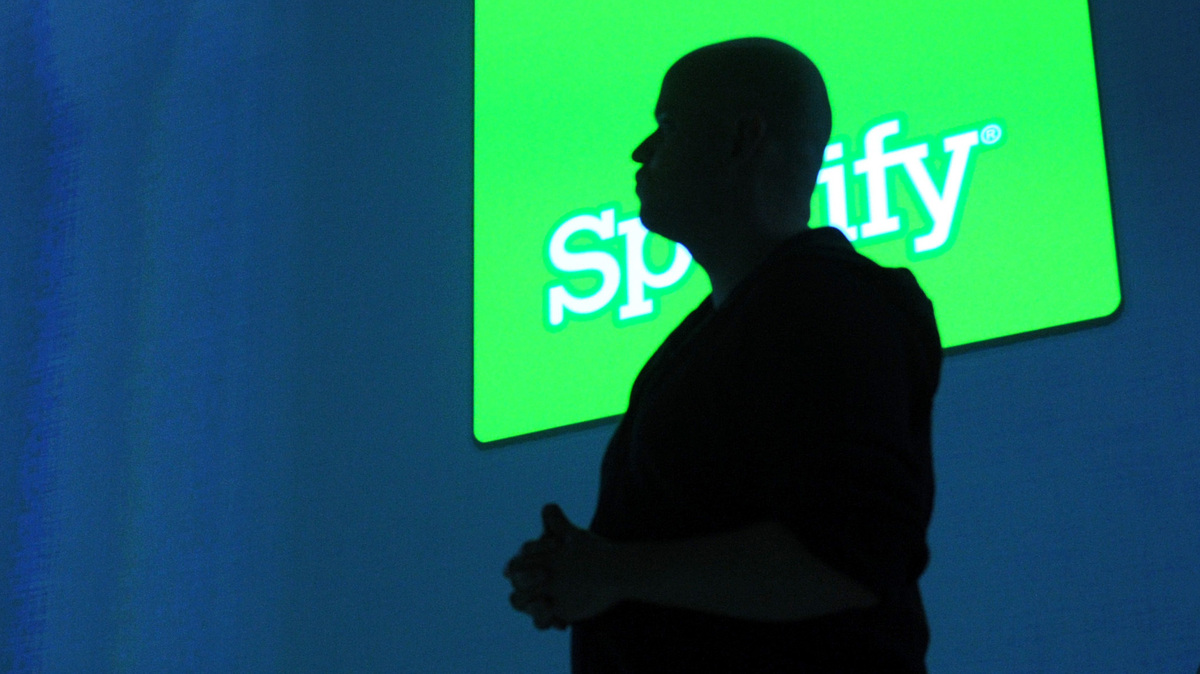 Spotify co-founder and CEO Daniel Ek gives a presentation in New York in 2011, the year his company launched in the U.S.

On Tuesday, two separate lawsuits were filed against Spotify in Nashville's federal court over a single issue. Both Bluewater Music, an independent publisher and copyright administration company, and Robert Gaudio, a founding member of Frankie Valli and the Four Seasons – and a songwriter behind the enduring hits "Sherry" and "Can't Take My Eyes Off You" — accuse the streaming service of improperly licensing song compositions.

"Spotify's apparent business model from the outset was to commit willful copyright infringement first, ask questions later, and try to settle on the cheap when inevitably sued," read the complaints, which are nearly identical (down to a misspelling of co-founder and CEO Daniel Ek's name as "Elk"). The complaints go on to claim that previous settlements acknowledging Spotify's failures around the licensing of compositions from songwriters and publishers are "woefully inadequate," in part due to the ownership stakes that major labels (and by extension their subsidiary music publishing companies) have in the company. The suits argue that these stakes, which comprise about 18 percent equity in Spotify, mean the previous settlements were essentially lowballs in order to protect the windfall of cash the major labels stand to receive when Spotify becomes a publicly traded company, expected later this year.

Failing to properly license or compensate songwriters for their work is a problem that Spotify has previously acknowledged. The issue has cost the company more than $60 million in prior settlements and, at least where independent songwriters and publishers are concerned, a not-insignificant amount of good will. Spotify declines a request for comment on the two new lawsuits.

At issue is one of two music licenses — in this case, for the underlying composition of a song, not any specific recording of that composition — that streaming services are required to secure before making music available to customers. "One of the most difficult challenges is the lack of accurate data as to who owns the rights to a specific track, especially when it comes to songwriter and publisher rights," Spotify wrote in a blog post from early December, 2015. Combined, the Nashville suits claim to have evidence of 2,443 compositions for which Spotify either never paid royalties or was not authorized to stream, despite efforts to provide Spotify and its agent, the Harry Fox Agency, with the correct information as far back as 2011, the year Spotify launched in the U.S.

"It built no infrastructure capable of collecting compositional information, and failed to ask for such information," the complaints say. If the plaintiffs are awarded the maximum damages allowed, $150,000 per infringement, Spotify would end up paying $366.4 million.

In fact, Spotify did announce plans, in that blog post from December, 2015, to create an administration system intended to fix its licensing blind spot. "Today we are excited to announce that Spotify will invest in the resources and technical expertise to build a comprehensive publishing administration system to solve this problem."

When NPR asked about the status of that system's development, Spotify declined to comment.

"Building a global database is the obvious solution," says Rahul Rumalla, chief technology officer of Paperchain, an Australian startup that hopes in part to solve the problem of composition licensing. "However, this has been tried and failed before — the initiative was called Global Repertoire Database, which was the result of Steve Jobs vying for a pan-European license for iTunes a decade ago. This failed due to multiple reasons, but primarily due to failure of collaboration between royalty collection societies and major publishers." These databases are kept close to the chest by companies, who see them "as the intellectual property of their organization," Rumalla says, "when it's artists and songwriters that are actually suffering downstream."

The largest thing looming — after weeks of mini-imbroglios over "fake" artists and advertising-supported songs making their way into users' playlists uninvited — is the effect a cloud of potentially endless litigation could have on Spotify's transition to a publicly traded company.

Songwriters have "felt robbed for plenty of years," says James McQuivey, media analyst at Forrester. "I get why they would want to say we're going to get ours, and they might get want they want." As McQuivey points out, analysts care little about de minimis public relations dings, as long as customers are listening and advertisers are paying. But if the lawsuits end with a fluctuation to Spotify's royalty costs — well, that's a different story. "This could introduce a structural cost that will have to be considered when thinking about investing in Spotify."