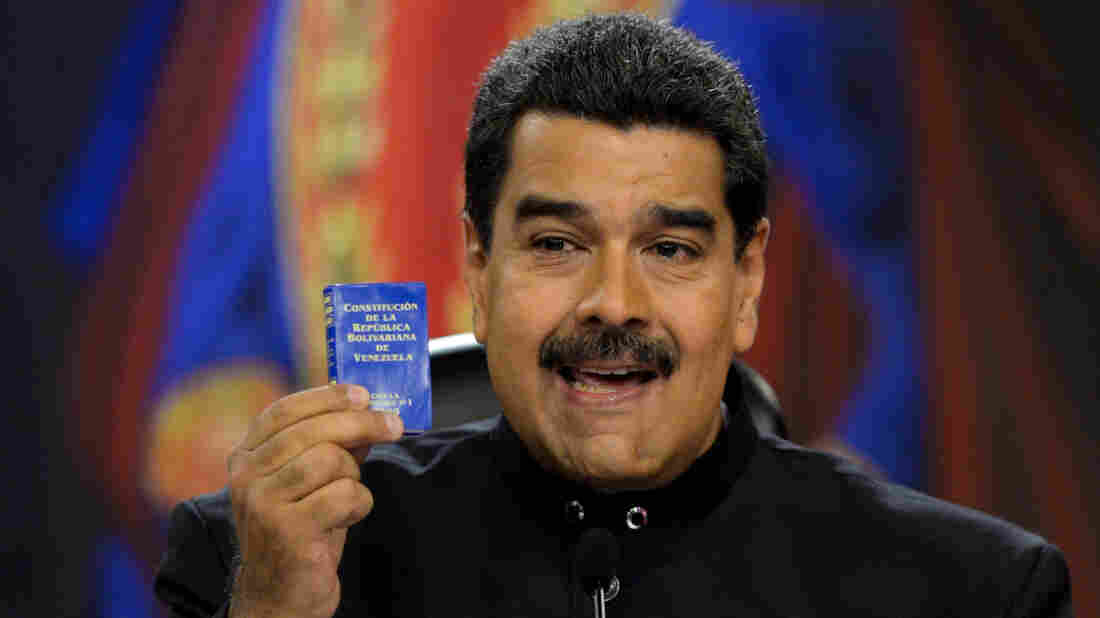 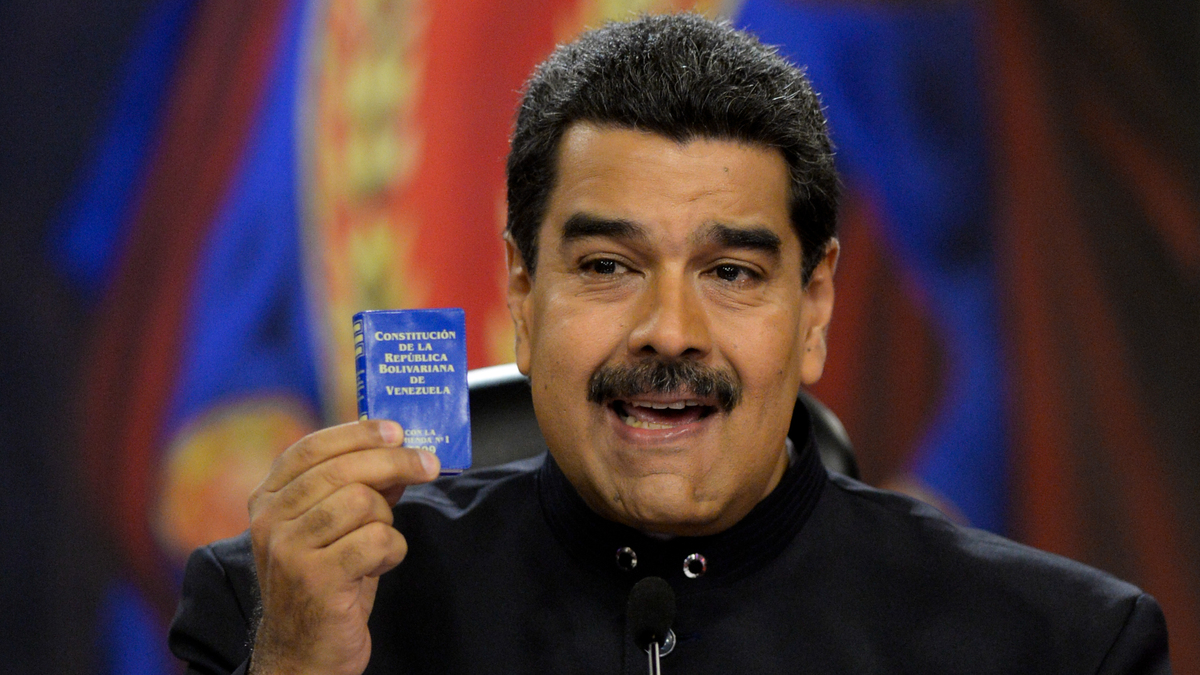 Venezuelan President Nicolas Maduro, holding up a small copy of the country's constitution, during a press conference on June 22, 2017.

"Despacito," the worldwide hit from Luis Fonsi and Daddy Yankee which just last week was touted as the most-streamed song to date, has now become the subject of a surprise appropriation by Venezuelan President Nicolás Maduro.

At a rally last Sunday, Maduro introduced a version of the song with new lyrics encouraging the audience to vote in the country's upcoming election to form a "constitutional assembly," which would be in charge of rewriting the country's 18-year-old constitution. In the video, below, Maduro wonders whether his version will go viral.

Maduro's appropriation of the hit was quickly criticized by Fonsi, who wrote that his music "is for all those who want to enjoy it, not to use as propaganda."

"What can you expect of a person who has stolen so many lives," asked Daddy Yankee.

Breaking Down the Crisis in Venezuela

For years Venezuela has experienced food shortages due to a drop in oil prices, the county's primary economic driver. Venezuela is the source of 10 percent of oil imports to the U.S. That economic crisis culminated in mass protests against Maduro's rule this year — in April, protestors clogged streets in the capital city of Caracas in the "mother of all protests." Last week, a daylong general strike was organized despite the violent repression of demonstrations, as it was characterized by the Organization of American States.

98 percent of respondents to a recent poll said they opposed the constitutional assembly, which would have the power to dissolve the National Assembly. Lawmakers in opposition to Maduro were attacked in the Congress building of Caracas earlier this month by anti-government mobs.