Accessibility links
Iconic Australian Musician Dr. G. Yunupingu Has Died, Age 46 : The Record The blind singer and guitarist had a sweet tenor voice and a gentle guitar that made him the best-selling Aboriginal artist of all time in Australia. 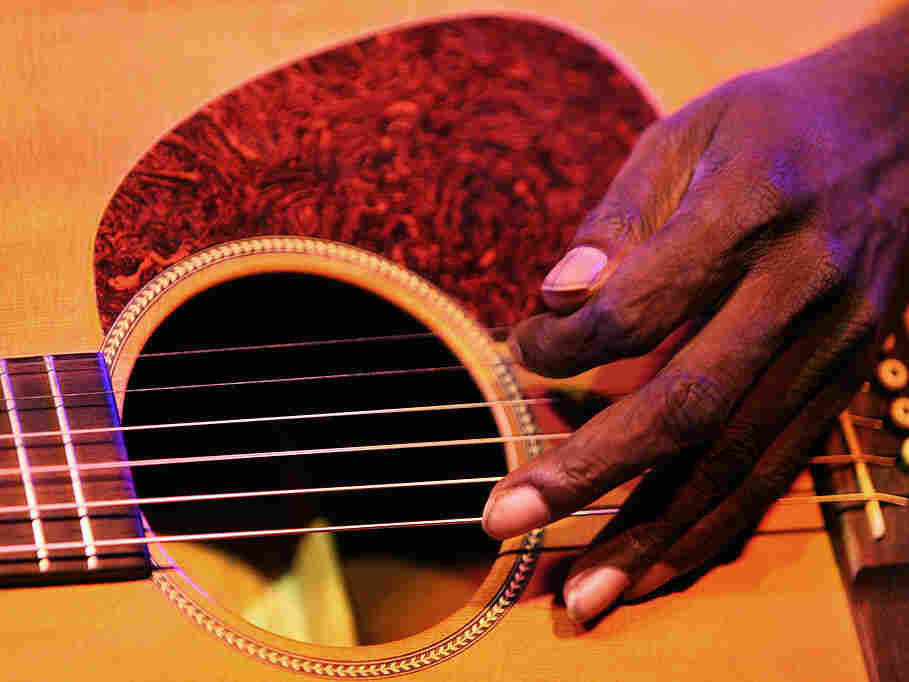 The late Dr. G Yunupingu performing in Melbourne, Australia in 2008. In accordance with Aboriginal custom, his family and record label have requested that no photos of his face be used. Kristian Dowling/Getty Images hide caption 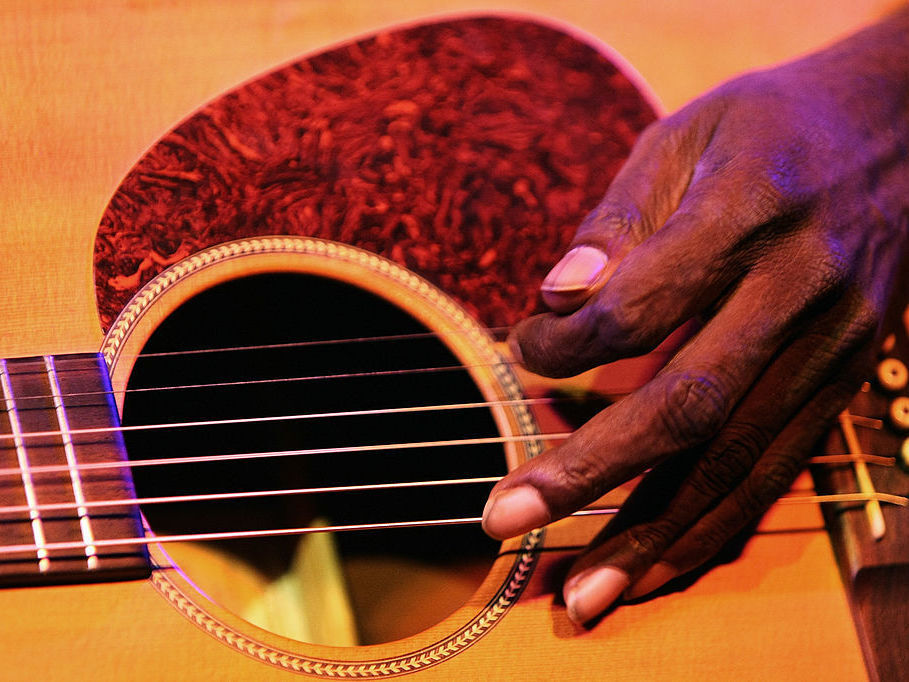 The late Dr. G Yunupingu performing in Melbourne, Australia in 2008. In accordance with Aboriginal custom, his family and record label have requested that no photos of his face be used.

The best-selling Aboriginal musician in Australian history has died. Dr. G. Yunupingu had a sweet tenor voice and a gentle guitar style that took him far beyond his homeland. He was just 46 years old when he died on Tuesday in Darwin, Australia. His record label, Skinnyfish, announced his passing, but did not disclose its exact cause, citing only a "long battle with illness."

When he first started touring internationally, Yunupingu toured under his first name only — Gurrumul. (Out of sensitivity to Aboriginal custom, most Australian media are dropping his given names when referring to him, and Skinnyfish and the artist's family have requested that no photos of his face be used.) He was extremely shy and uncertain in English; profiled on All Things Considered in 2014, he preferred to have a friend, the bass player and producer Michael Hohnen, be interviewed on his behalf.

Musically, however, Yunupingu became a lion. His debut album, Gurrumul, went triple platinum in Australia and silver in the UK. He played for Queen Elizabeth and President Barack Obama — and when he made his U.S. debut at New York's SubCulture club in 2015, it was in a concert co-presented by none other than Quincy Jones, who gave his imprimatur to the Australian artist.

Blind from birth, Yunupingu possessed a sweet tenor voice with which he sang primarily in his native language, Yolngu, and had a gentle guitar style, played left-handed and upside-down.

Mark Grose, the managing director of Yunupingu's record label, Skinnyfish, told the New York Times that the artist's death was related to longtime health issues rooted in a childhood illness — but also systemic lack of treatment and health care for Aboriginal people in Australia.

In April 2016, Grose asserted that Yunupingu was mistreated during a health crisis related to his liver problems. After being rushed to the emergency room at Royal Darwin Hospital in northern Australia, the same medical facility where the musician died on Tuesday, he was reportedly left without treatment for eight hours while he bled internally. Grose also claimed that hospital staff assumed Yunupingu was "a drinker" due to his race. (Instead, Grose said, Yunupingu's health issue was the result of having suffered hepatitis B during childhood.)

One of Yunupingu's physicians, a kidney specialist named Dr. Paul Lawton, told Australia's ABC radio at the time that Grose's racial-profiling allegations were "reasonable," and added, "We know that racial profiling happens at RDH (Royal Darwin Hospital) because of nationally published data ... We know it happens right around Australia." Lawton also stated to ABC that the musician's chronic problems were "wholly related" to hepatitis B, and not to alcohol abuse.

The hospital categorically denied all allegations of maltreatment, and told the U.K.'s Guardian newspaper that "care provided at RDH was timely and appropriate" and that "claims of poor treatment due to a patient's race have never been raised at the hospital."