Accessibility links
New Bill Calling For Transparency In Music Is Surprisingly Opaque : The Record "It's basically a prophylactic for copyright infringement," says one lawyer who spoke to NPR.

New Bill Calling For Transparency In Music Is Surprisingly Opaque

New Bill Calling For Transparency In Music Is Surprisingly Opaque 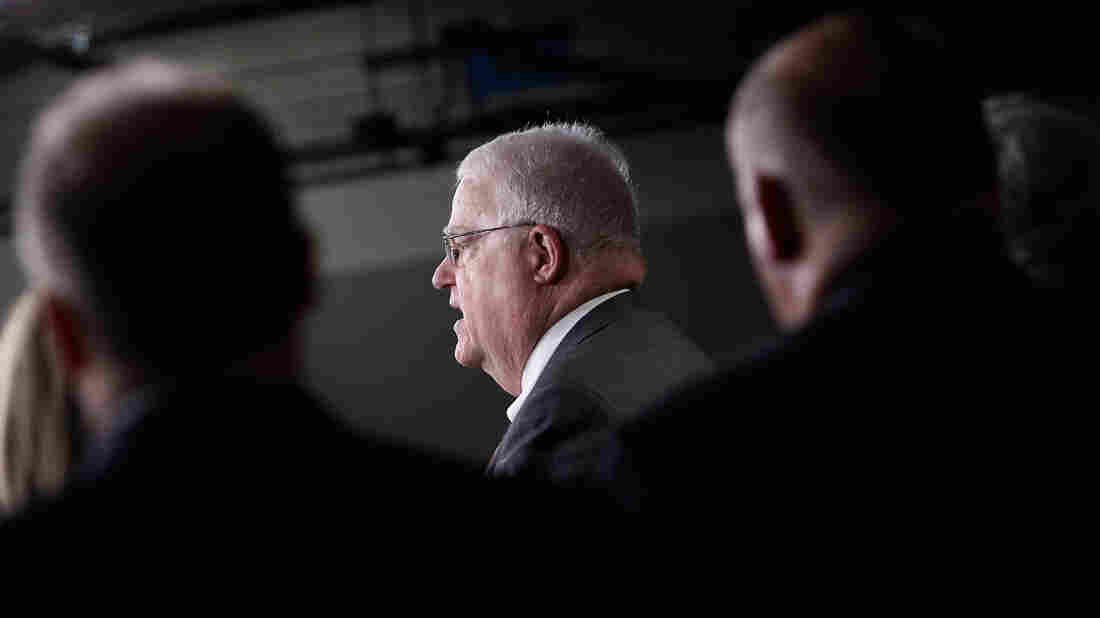 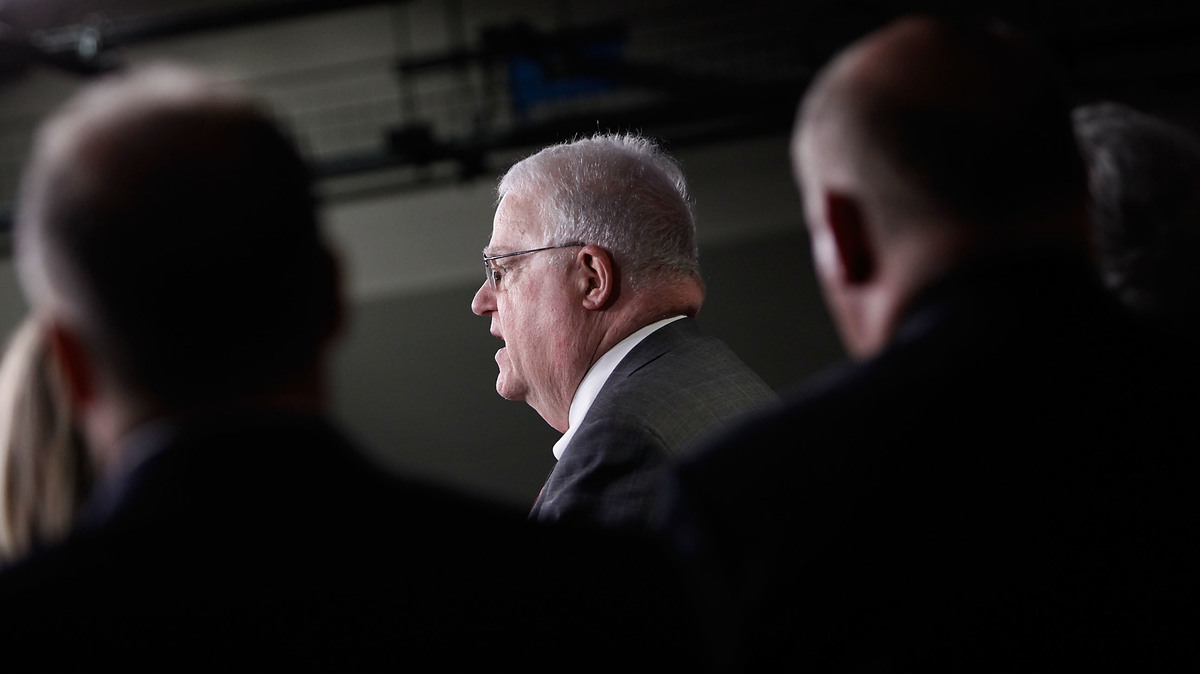 Rep. James Sensenbrenner of Wisconsin, who recently introduced a bill that he claims will simplify music licensing.

It's accurate, but not entirely helpful, when thinking about the business of music to imagine in your mind a tangled knot about the size of an elephant. The free ends, rope made up of different gauges and materials, trail out from its center, resembling an asterisk. Holding each is a representative from one of the industry's many stakeholders — record labels and publishing companies, legislators and record store owners, tech companies and non-profit advocates. Oh, and artists too. With uneven strength, they all pull at all times, a never-ending game of tug of war with each other and with the knot, which grows ever tighter. Its circuity is, for some involved, not a bug but a feature — what's called informational asymmetry. To others this density keeps them from a comprehensive understanding of their own business. If the knot were untied, many would benefit. Some others wouldn't.

Recently, Republican congressman Jim Sensenbrenner of Wisconsin picked up an unattended end of this squiggle, unveiling his "Transparency in Music Licensing and Ownership Act." Rep. Sensenbrenner's new bill is ambitious.

Sensenbrenner, who sits on the House Judiciary Committee — through which he has conducted (by his own account) 20 hearings on copyright reform — is calling for the establishment of a comprehensive database of compositions and recordings and those works' owners and identification numbers. It's a project that has been attempted at least once before, and which failed spectacularly due to the competing interests involved in its creation, as well as its significant cost, which no one has been inclined to shoulder. What's more, this database will be free and public.

The lack of a central repository for this information has resulted in many legal and public-relations confrontations over the years, most recently two lawsuits against Spotify that accuse it of failing to properly license the rights for compositions and of failing to create a system that could intake those rights were it notified of them. (The company settled one class action suit over the same issue recently.) That word "central" is important — this information is out there, but diffused among its owners, some of whom consider this data a trade secret. Rep. Sensenbrenner's bill would create the database Spotify failed to, at no cost to it.

The bill, which we'll call the Music Transparency Act, was ostensibly written to help businesses like bars and restaurants have clarity on what they are allowed to play, by giving them a place to see which company controls which artist's work. However, the availability of this information is not the same thing as the availability to license this music. To do that — and so to legally play music in certain establishments — a license from a performance rights organization is required. The two leading performance rights organizations in the world are ASCAP and BMI, who jointly control the performance rights of some 90 percent of recorded music.

Because there is no off switch for music from ASCAP or from BMI on the radio, or on Pandora, or on Spotify, the problem of businesses having to license from all of the performance rights organizations — because at any moment a song from any one of these organizations could pop up in a shuffle — would still be required.

So what does the Music Transparency Act hope to accomplish? In addition to creating this public database, to be administered by the Copyright Office, the bill also places the responsibility of its data collection on songwriters and music publishers, the companies which help manage the business of song compositions for songwriters. (Compositions are not recordings, but the music underneath those recordings.) If they don't register appropriately, then the legal recourse they have against people who use their work without permission — like Spotify is accused of doing in those two lawsuits — is curtailed.

"It's basically a prophylactic for copyright infringement," says Lisa Alter, an attorney who has worked on music copyright on behalf of artists for more than two decades, over the phone with NPR. "It puts the whole burden on the creators ... It's very cloak and dagger." Alter also was curious as to who would bankroll such a massive technological project — when asked about its funding, a spokesperson for Rep. Sensenbrenner emailed that registrants would pay to file with the Copyright Office in order to finance it.

If this all sounds intractable, that's because it kind of is. Remember our elephantine knot? Opinions around the merits of Rep. Sensenbrenner's bill seem to break down along a fissure between people who create music and those who want to use it.

The MIC Coalition, a lobbying group that represents businesses who use music, voiced its "enthusiastic" support of the bill the same day Rep. Sensenbrenner announced it. [Disclosure: NPR was an early member of the MIC Coalition, before exiting about six months after its formation.]

"A common-sense solution to a systemic problem in the music industry," Spotify's general counsel tweeted the following day.

"I don't believe it is burdensome on creators and rights holders," Sasha Moss, technology policy manager with R Street, a Washington think tank that promotes "free markets and limited, effective government," wrote in an email to NPR.

"We're supportive of more transparency generally, but the devil's in the details," Kevin Erickson, national organizing director of the Future of Music Coalition, a Washington-based organization that works on artist pay and industry transparency, told NPR. "This bill leaves us with too many questions to be able to endorse at this time."

The National Association of Broadcasters, which lobbies on behalf of radio stations and television broadcasters, is "in the yes column" on the bill, said Dennis Wharton, the group's spokesperson.

Not to be outdone, ASCAP and BMI announced last week that, after decades of competition, they would be combining their separate databases, a first step to creating the same thing Rep. Sensenbrenner's bill calls for. (ASCAP and BMI's announcement was, it would appear, pushed up after Rep. Sensenbrenner revealed his bill — the pair state the project has been in the works for a year and won't be available for use until the end of 2018.)

"I've seen efforts like this around the world fail time and time again," Mike O'Neill, president and CEO of BMI, tells NPR, referring to Rep. Sensenbrenner's proposal, "because they try to get to the finished product from day one, instead of a solution that would lead to a finished product."

Sensenbrenner responded quickly to ASCAP and BMI's announcement, writing in a statement that the pair are "grasping at straws; trying to maintain power over a failing process that only serves their interests, not those of the American consumer."

And so the knot tightens.