Accessibility links
How A Small Town Record Store Quietly Released An Exclusive Aphex Twin Record : The Record Todd Osborn quietly put an exclusive release from electronic music legend Aphex Twin on the shelf of his store — before long there was a line around the block.

Working away from a cultural capital comes with significant upsides. 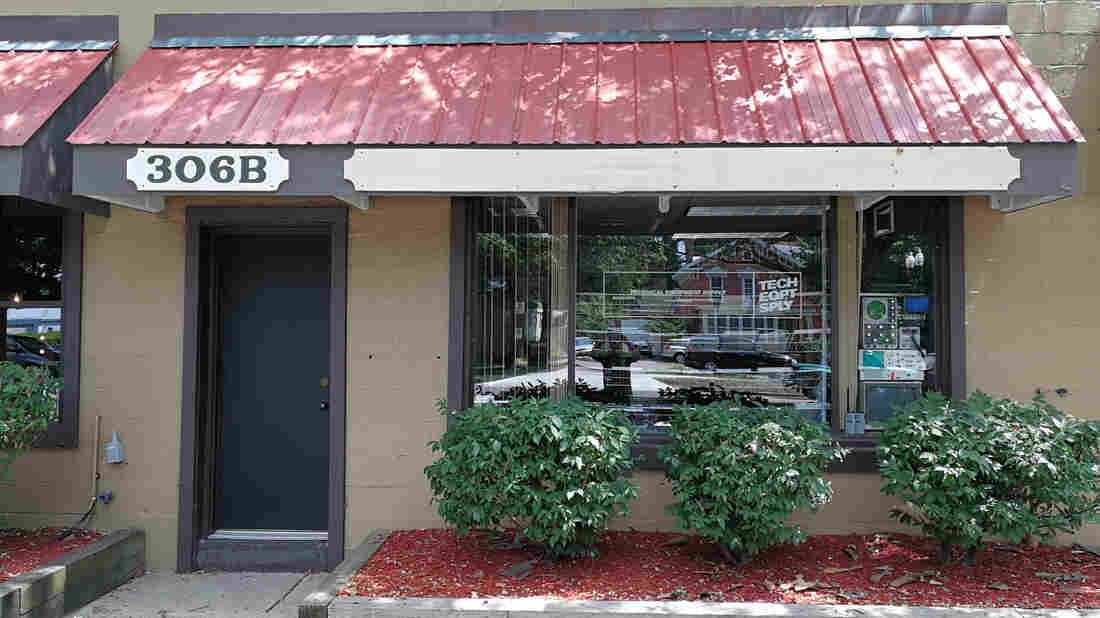 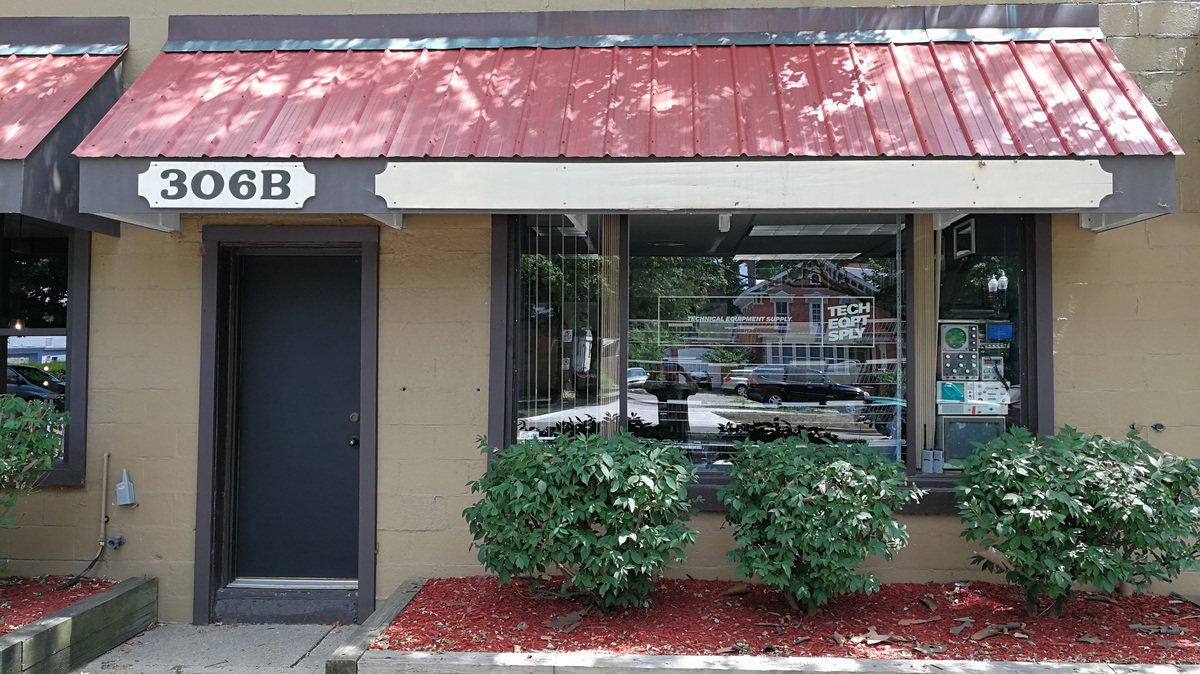 Well beyond the obvious tropes of Motown, techno and hip-hop icons, evidence of metropolitan Detroit's reputation as a music city could historically be found within the confines of its record stores. Legendary and sadly long-gone record shops in and around the city were often nearly as important and influential as the music sold in them.

As revered local DJ/producer Kenny Dixon, Jr. (better known by his moniker Moodymann) proclaimed in a 2010 interview, "there is no one in Detroit that don't either sell records, buy records, listens to records."

In the early '80s, Sam's Jams is where astute shoppers found a curated wall of staff selections that would place Def Leppard's High 'n' Dry next to King Crimson's Discipline, and line up for autograph sessions with artists like Stevie Ray Vaughan and Duran Duran. Play It Again Records was a '90s flashpoint for progressive and experimental rock — think Spiritualized and My Bloody Valentine – which hosted, for instance, a free Stereolab show just hours before the band's headlining gig at St. Andrew's Hall. Record Time became a major hub for the techno and house elite, where DJs from around the world perused the store's famous Dance Room, an extensive collection of tracks including rare white labels from local imprints like Carl Craig's Planet E and +8.

Today, a new crop of budding independent record stores is taking the torch for new and innovative music in southeastern Michigan, none more interestingly than Technical Equipment Supply, which recently made its home in an unlikely place.

Ypsilanti, Mich., is a small Midwestern town of less than 23,000 residents, 36 miles from Detroit and situated just a few miles east of Ann Arbor. "Ypsi" still retains much of it's mid-20th century charm, and has yet to get caught up in the waves of gentrification sweeping cities across America, primarily in what's known — both positively and derisively, depending on who's doing the talking — as "New" Detroit. 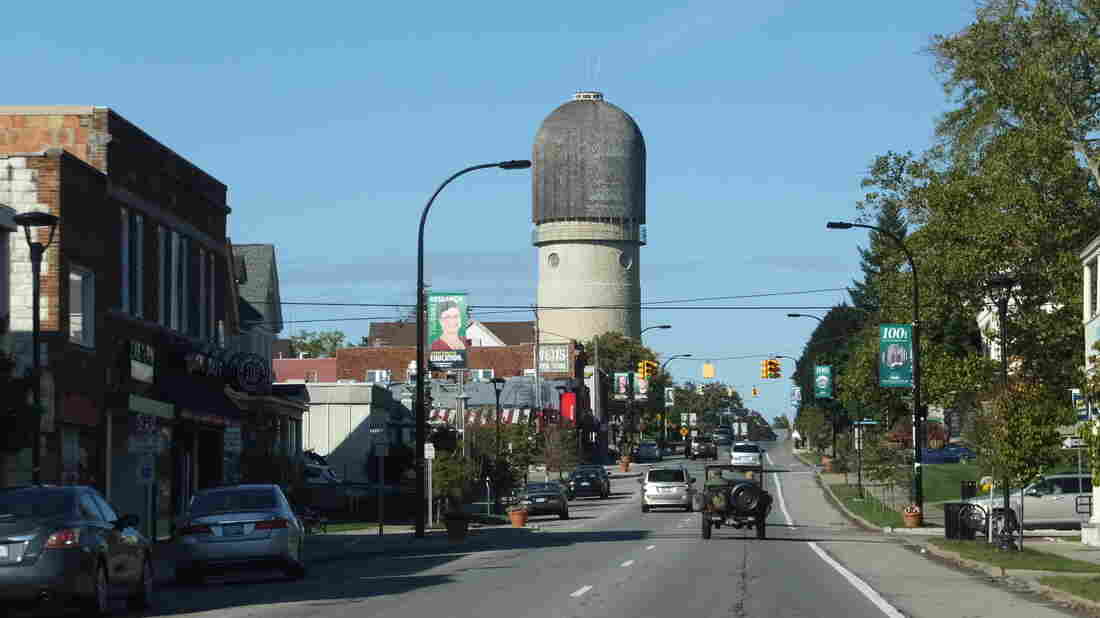 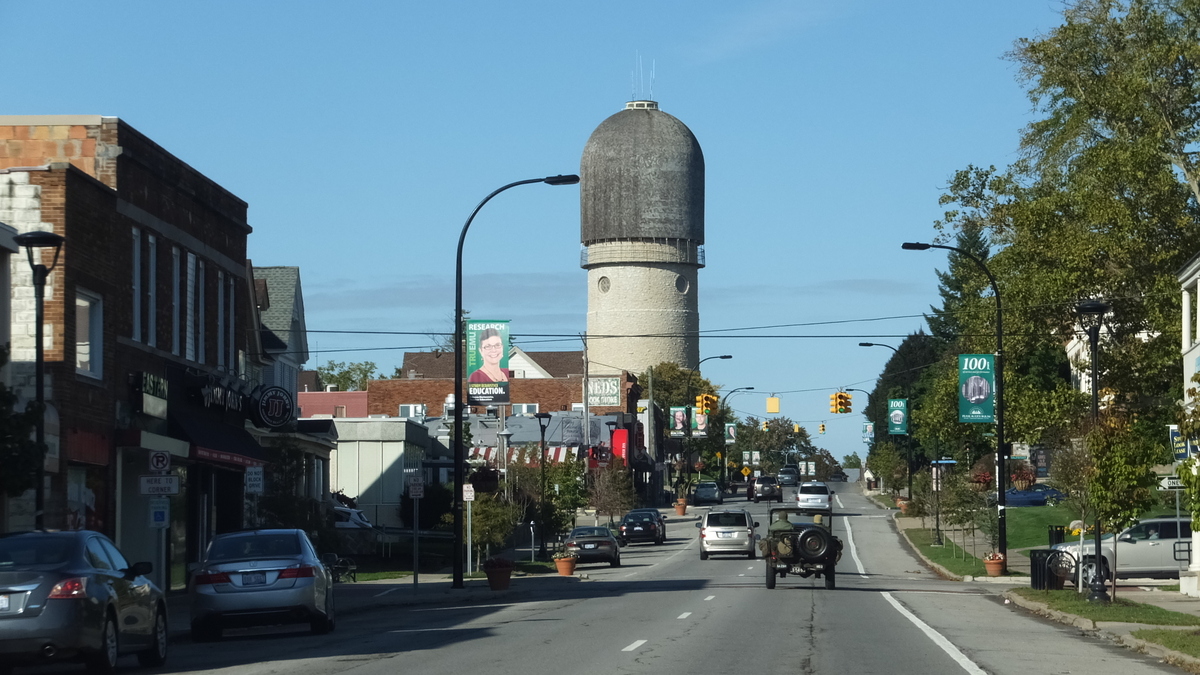 It was there that electronic music icon Aphex Twin quietly released an exclusive 12-inch single on June 16, for store owner Todd Osborn's own independent record label, which shares its name with the shop. Featuring the tracks "3 Gerald Remix" and "24 TSIM 2," it's a record so exclusive that it can only be purchased inside this one store, tied as it is to a licensing agreement that forbids any mail-order or online sales of the release. (Both tracks initially debuted in 2015 on a since-deleted SoundCloud page used to release a slew of Aphex Twin material).

In both Aphex Twin and Osborn's customarily understated style, the record went up on the store's shelves with no announcement of any kind, just sitting there alongside the store's other sweeping mix of music. Aphex Twin's obsessive fan base guaranteed that word would get out — and it eventually did, igniting a firestorm of Internet chatter on sites like Resident Advisor, which covers electronic music with exhaustive detail.

"Richard [James, Aphex Twin's real name] and I have been friends forever. I used to record under the alias Soundmurderer, on his label Rephlex. There's a whole bunch of stuff lined up for my label, and it's all just friends I've helped in different ways over the years. Favors I've never called in, but with this one it was something my son was interested in. That's what inspired it. The whole plan was to just put it out there and not say anything," he explains.

"There was one day, probably right after the Resident Advisor article went up, there was a line down the block and into the parking lot of people waiting for us to open," Osborn remembers of the scene. Sitting outside a downtown Los Angeles coffee shop, he pulled out his phone to share photos of the customers snaking down the store's tree-lined street. "There were cars from different states. A guy from Finland came in looking for 25 copies. He was elated when I said he could buy three. People from other businesses were coming down like, 'what is going on here?'"

"What is going on here?" is a question readily applied to Osborn's panoramic musical career, which spans a wide range of monikers and genres. He's probably best known for his releases on the Ann Arbor-based Ghostly International label (and subsidiary imprint Spectral Sound) as Osborne. He's produced jungle as Soundmurderer, classic Chicago acid with Tadd Mullinix as TNT, ghetto-tech as Starski & Clutch with Brian Gillespie, and even has a hard-to-find "arena metal" project, Musk. During the interview, he mentions a series of solo piano releases under his own name found on the EMA CMM LTD label. He also used his own name for the broad-based 2014 Michigan Dream EP on Blueberry Records. Osborn showcases his musical breadth on a weekly online radio show, Preset.

"If you have different interests, you can get things done easier in Michigan than in other places. There's more of a barter system where you can help each other out, as opposed to New York or L.A., where it usually just comes down to money," Osborn says of the store's unexpected location and eschewing the need to pitch stakes in a more readily recognized cultural center. "We have more of a community. Right near the record store there's a nice coffee place that I help out fixing some of their roaster stuff. There's an actual co-op grocery that's down the road that I'm a member of... We're always helping each other out. You can be more experimental, take bigger chances. It's not going to ruin you if something doesn't happen."

Inside, Technical Equipment Supply is a trove of musical and cultural exploration. Vintage hip-hop cassette tapes, t-shirts from obscure '90s trip-rock band Curve, highly sought-after local collectibles, like copies of The Mental Machine, a rare book penned by fabled Detroit radio DJ The Electrifying Mojo — Osborn goes to great pains to stay true to his original vision of creating a space where visitors can have that same thrilling sense of genuine discovery he experienced at those legendary Detroit-area record stores of his youth.

"Some people come in and get it right away. Like Zach [Saginaw], who people know as [music producer] Shigeto, he came in and was like, 'OK, every fifth record is something awesome that I know, there's not a ton of stuff here, so these records in between... I bet there's a reason they're all together.' He'll buy a bag full of records and text me at like three in the morning, like, 'What's going on? This is all heat,'" Osborn smiles. "The store isn't really set up in genres, but it's highly curated. For some people, it doesn't make sense seeing Negative Approach next to some classic Underground Resistance. In my timeline, it all makes sense."

While such a niche record store existing in downtown Ypsilanti is an extreme anomaly, it does reflect the area's deep-rooted DIY aesthetic. Technical Equipment Supply is adjacent to an abandoned tennis-court-turned-skate-park, thanks to local skaters who've built ramps and other obstacles on their own with the city's silent blessing. Among those skaters is Osborn's son, Kaito, who owns fifty percent of the store.

"Being 19, he's not used to certain experiences with records and record stores. The next thing we have coming out is a Madlib record that's only at our store," Osborn revealed. "Well, we're splitting them between our store and Rappcats in L.A. I took him down to [Detroit record pressing plant] Archer where they were pressed and had him go through the whole process with me. I really try to impress on him the idea that he's holding the only three copies of it in existence right now, and what that means. They're made from old Jaylib-era beats, so it's pretty special."

The exposure that has come following the Aphex Twin record has predictably heightened the store's profile, but Osborn insists none of it will cause him to change what he does, or attempt to cater to the whims of a potentially wider, trendier audience. He's quite satisfied with his Ypsilanti station.

"What I'm doing is calculated to keep it down and to make sure it's always done right. People still can't comprehend why Aphex Twin has a record on my label, and that's fine. On the wall of the shop, there's a poster for the Rephlex 20th anniversary event, which happened in Ypsilanti. It was the only event they had for it in the world," Osborn laughed.

"Even people who think they know what's up come in and realize that maybe they don't."