Accessibility links
Kehlani, And R&B's Women Of Color, Struggle To Be Heard In Pop Market : The Record They're expanding the genre's vocabulary, but commercial success often eludes them in an industry sold on prototypes

Kehlani, And R&B's Women Of Color, Struggle To Be Heard In Pop Market

Kehlani, And R&B's Women Of Color, Struggle To Be Heard In Pop Market 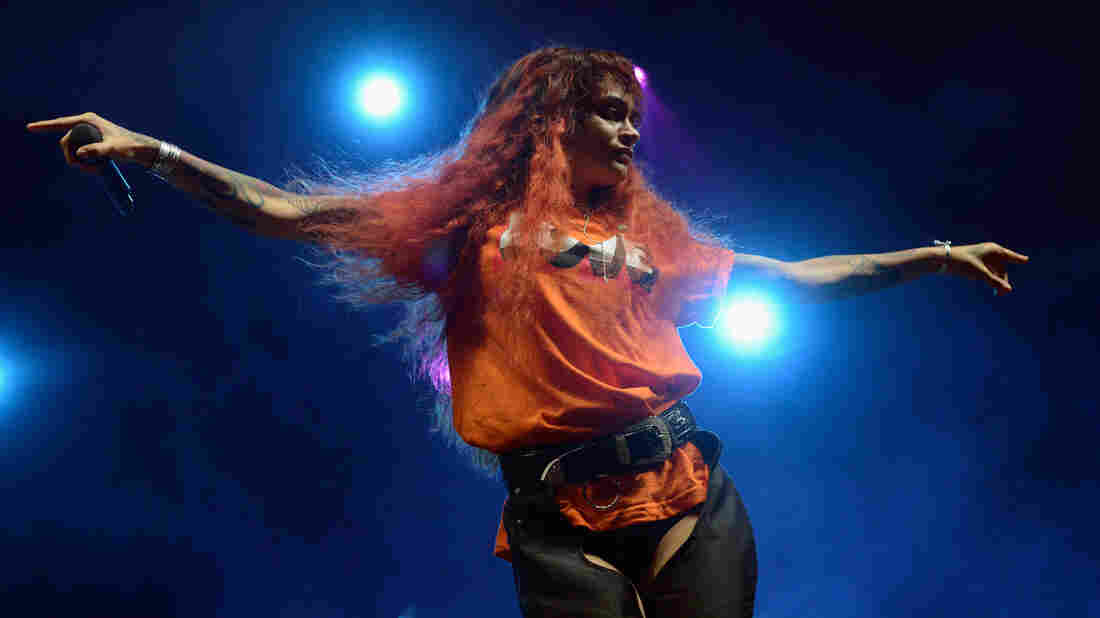 Kehlani remains on the road, working her album SweetSexySavage at home — including L.A.'s FYF Fest in July — and abroad. Timothy Norris/Getty Images for FYF hide caption 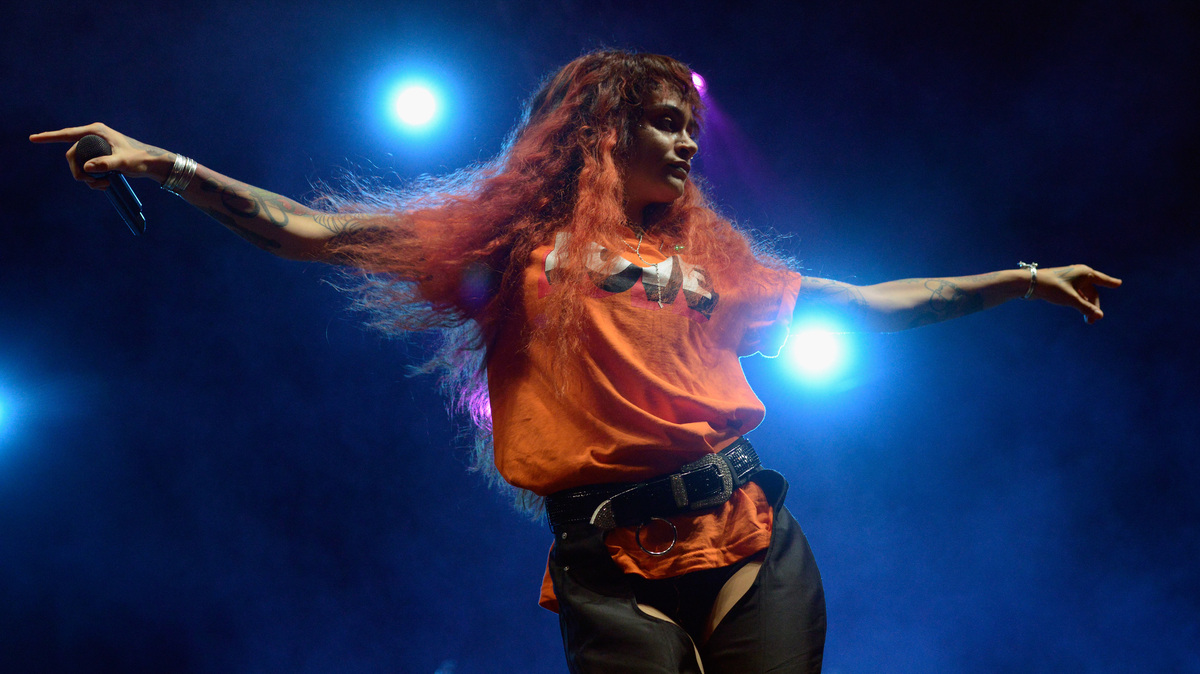 Kehlani remains on the road, working her album SweetSexySavage at home — including L.A.'s FYF Fest in July — and abroad.

Kehlani Parrish's music isn't meant to be a secret.

The singer, who was raised in Oakland and currently lives in Los Angeles, makes a winning sweet-and-sour blend of contemporary R&B. She can strike a confident yet self-aware pose. On her single "CRZY," she boasts, "If I gotta be a b---- I'ma be a bad one," then adds, "I kill 'em, I kill 'em, I kill 'em with compassion." Her music hearkens to the honeyed melodies typical of '90s stars like SWV and TLC, homage-paying references to past hits like New Edition's "If It Isn't Love" and Akon's "Don't Matter," and the ecstatic flights of melisma that suggest unfettered joy. Kehlani is a capable and surprisingly strong singer, too, though she often sticks to a strident middle range. When she professes her love, she tends to look for a roundabout way to do it. When she asks, "Do you want to be a distraction, baby?" on "Distraction," her seduction doesn't necessarily roll off the tongue. But it's appealing all the same. 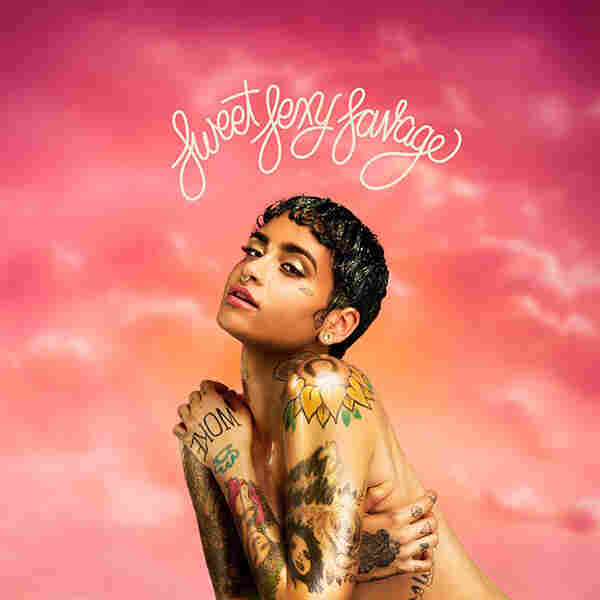 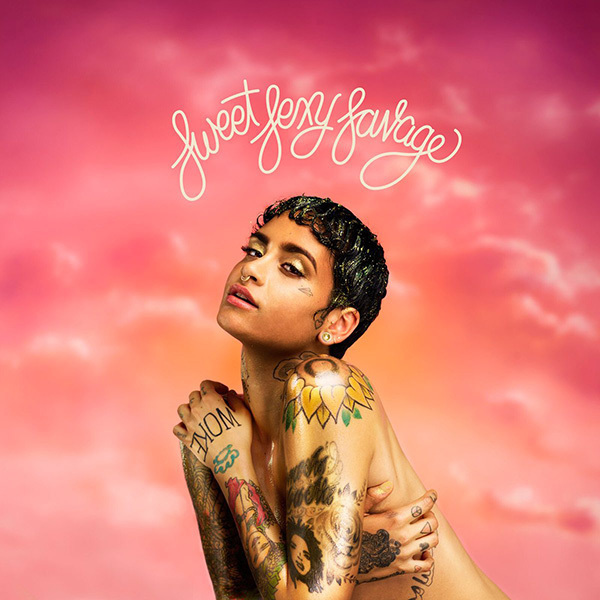 Yet months after the January release of her retail debut SweetSexySavage, Kehlani has evolved into a critic's darling who can't quite breach pop radio. Sean "Puffy" Combs has said that Kehlani "saved R&B." When Solange accepted the Centric Award at the 2017 BET Music Awards, she shouted out the new wave of women in R&B. "I love Syd, and Kehlani, and SZA, and Kelela and all the new-school girls who are out here," she said.

However, none of Kehlani's singles have cracked the Billboard top 40 so far. "Gangsta," a trap-inflected number where she channels Harley Quinn from last year's Suicide Squad, came closest, earning a RIAA platinum certification yet paradoxically stalling at No. 41.

The moderate success of SweetSexySavage has reignited conversations about whether the music industry is devaluing R&B artists and, specifically, talented women of color. Kehlani's not alone: Sevyn Streeter, SZA and Mary J. Blige have also released superior major-label projects this year, only to find a muted reception on the pop charts.

The irony is that, as a genre, R&B has never been healthier. It teems with variety, whether it's the neon-hazed, synthesized romance of H.E.R., the sun-dappled hip-hop funk of Anderson .Paak, the gauzy teenage fantasies of Khalid, or the airy, baroque star-gazing of Chloe x Halle. No longer limited to the binary debate between "jiggy" urban pop and earthy neo-soul that dominated at the dawn of the millennium, today's R&B world is as diverse as any other.

However, it seems like it's the women who are truly expanding the genre's vocabulary. Many of them have evolved into musical diarists. No longer limiting themselves to the endless tumult of love and sexual relationships, they write about their fears with disarming vulnerability. You can hear that inner voice take hold on Kehlani's SweetSexySavage. On "Piece of Mind," she bravely discusses a highly-publicized suicide attempt, which she has said was triggered by trolling over her complicated love life. "Trying to forget all of the unnecessary thoughts from my head / Man it was pretty scary," she sings. "At least I learned a thing or two / About me and you / What we went through." 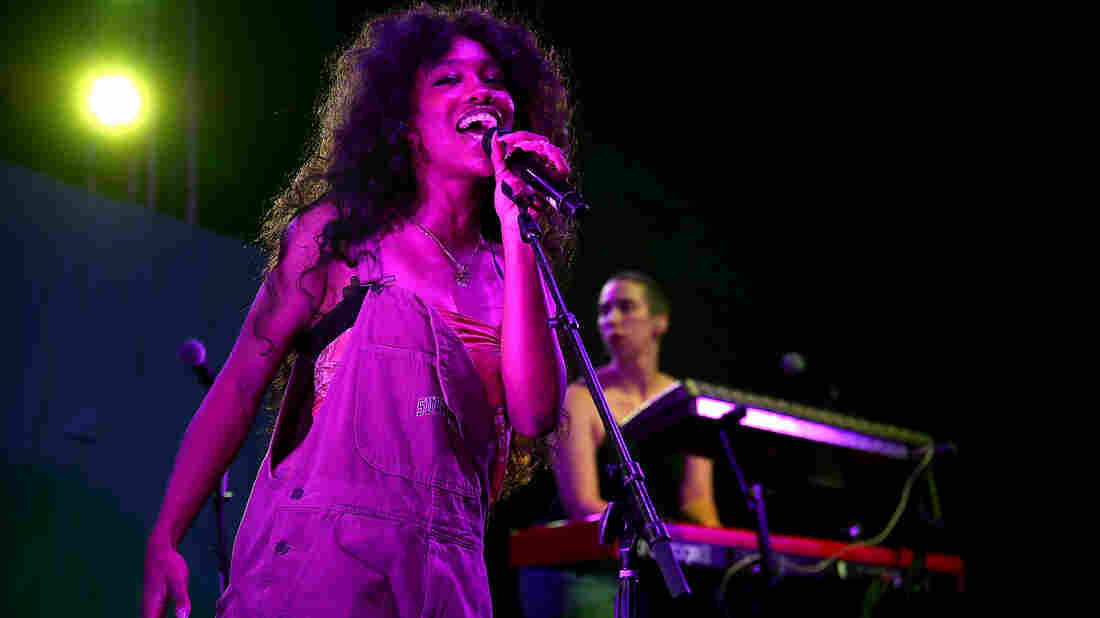 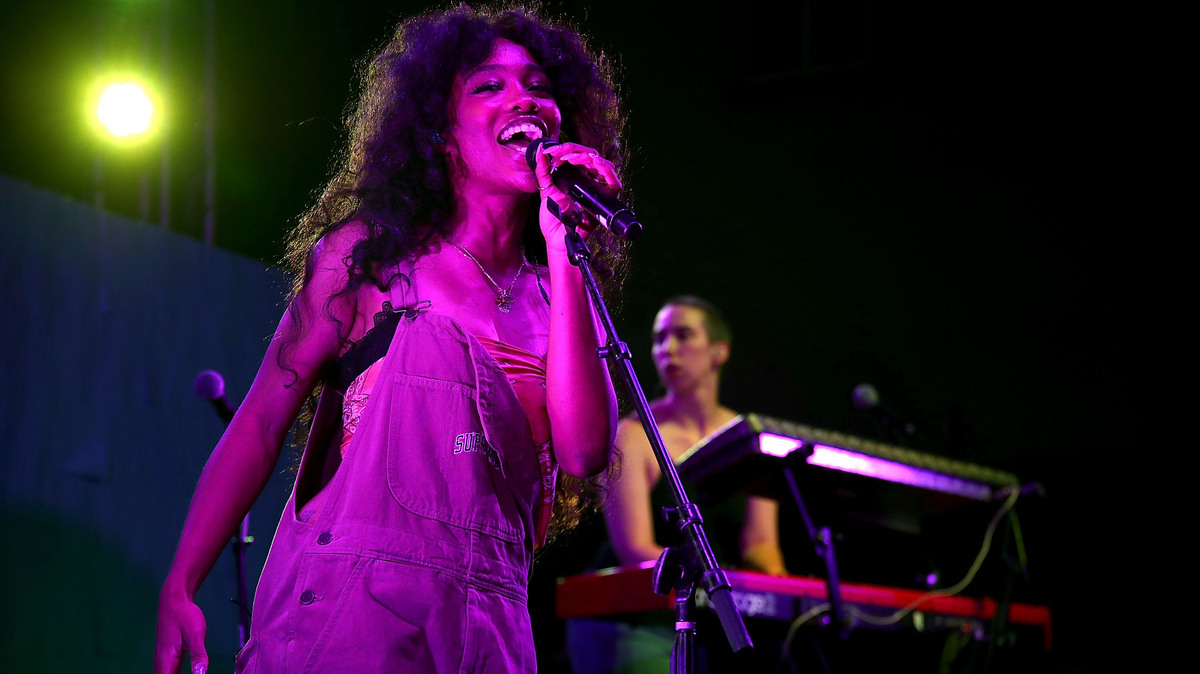 The successful June release of SZA's Ctrl came after long label delays and her own creative anxiety.

Sevyn Streeter's just-released Girl Disrupted opens with "Livin," where she discusses her issues with depression. In an interview with Billboard, she noted, "All these artists at the top of the pop charts are dressed like R&B artists in their videos. They're singing lyrics and melodies from R&B songs of the past. We're a very influential genre, and I'm not mad at it. I just want people to accept it no matter who it comes from. I can't say that that's always the case."

There are a few men who take a hyper-personal approach to songwriting, namely the incandescent Frank Ocean, who writes in rich, complex metaphors. But it seems like most aspire to the aesthetic masculinity of rappers. They talk-sing boasts in a wavy voice that threads the needle between melodic pop-rap and clubby, hard-edged trap music. It's no surprise that listeners occasionally refer to the likes of Chris Brown, Bryson Tiller, and the Weeknd as rap stars — sometimes they dispense with singing altogether and spit actual bars, if only to underline their unbeatable virility.

Women aren't above boasting, either. One of Kehlani's fan favorites is "N-----" from her 2015 mixtape You Should Be Here, where she barks back at unnamed paramours. "I'm not yours, never was," she sings. "Too damn strong to let you get the best of me."

But generally speaking, men dominate rap music — at least its most visible variant. So R&B women have subtly developed values and thematic ideas that contrast with corporate rap's muscular displays of material wealth, opiate consumption, casual violence, and the necessary ability to steal your girl for a one-night escapade. It's a compelling package that has yet to receive the industry support it deserves. 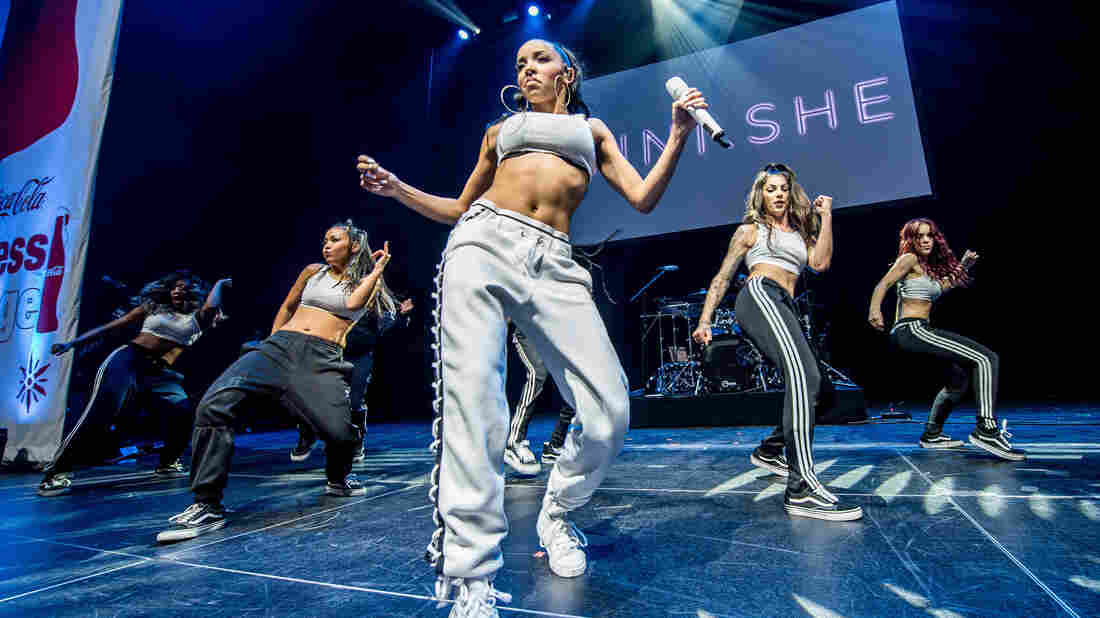 Tinashe's controversial comments on colorism in The Guardian overshadowed her critique of an industry where space for black women's success feels limited at best. Roy Rochlin/FilmMagic hide caption 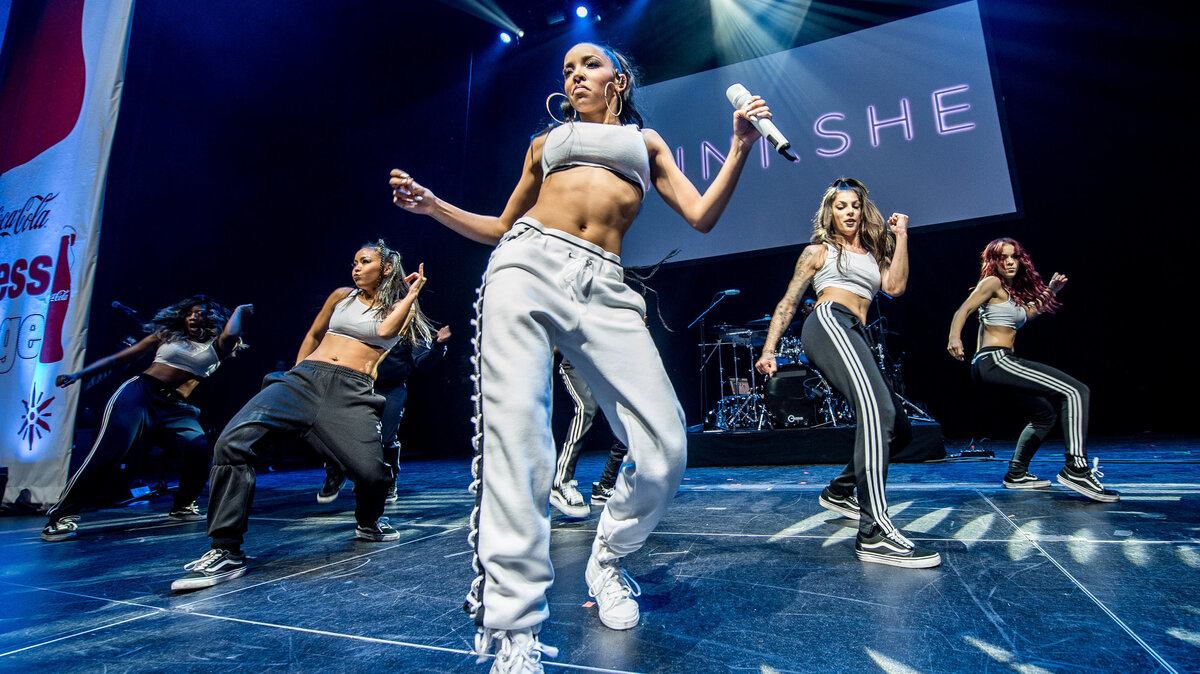 Tinashe's controversial comments on colorism in The Guardian overshadowed her critique of an industry where space for black women's success feels limited at best.

Tinashe has also tried to split the difference between artistic and commercial dictates, with uneven success. Her early, electronic-fused mixtapes had a wonderfully hermetic feel, as if she were singing quietly into a microphone on her laptop. On her 2014 major label debut Aquarius, she leavened her dense, whispery meditations, like "Cold Sweat," with swaggy and accessible confections, like "2 On," a delirious celebration of over-drinking that climbed the upper reaches of the Billboard top 40. But despite critical acclaim — Jon Caramanica of the New York Times called Aquarius "one of the most inventive R&B albums of recent years" — she hasn't been able to score anything on the scale of "2 On." Meanwhile, her long-delayed follow-up Joyride remains unreleased, leading her fans to protest with the hashtag #FreeTinashe.

In a recent interview with The Guardian, Tinashe caused an uproar when she talked about "colorism," and her worry that, as a black woman of mixed race, "sometimes I feel like I don't fully fit into the black community." While the comment seemed to address her personal experiences, some fans took it as sour grapes over her seemingly flailing career. Regardless, it was a moment of frustration for a wildly creative artist facing limited options. "There are hundreds of [male] rappers that all look the same, that sound the same, but if you're a black woman, you're either Beyoncé or Rihanna," she said.

A similar quandary affected Solána "SZA" Rowe, the singer from New Jersey whose abstract, unclassifiable R&B initially seemed too non-commercial for mainstream consumption. Three years after her mixtape Z caused a sensation in 2013, she publicly expressed frustration with her record label, TDE, which is best known for introducing West Coast rap lyricists like Kendrick Lamar and Schoolboy Q. "I actually quit," she wrote on Twitter, upset that TDE wouldn't release her debut album. (She later clarified it was her, not TDE, that caused her debut album's long delay. Eventually, she told The Guardian, "They just took my hard drive from me.")

The fact that the resulting Ctrl debuted at No. 3 on the Billboard charts upon its June 9 release speaks to how even an idiosyncratic, experimental artist like SZA can reach beyond the tastemakers who initially championed her. (It also doesn't hurt that she's signed to one of the hottest boutique record companies in the industry right now.) Major labels and radio executives may be hesitant to back this new wave of fearlessly adventurous R&B women — from the metaphysical love songs of SZA to the '90s homage of Kehlani — with the promotional resources they deserve. But they seem to be finding an audience anyway, whether the pop market acknowledges them or not.