The Küchwaldrauschen festival takes place in the forest it shares a name with, Küchwald, near the city Chemnitz (formerly Karl-Marx-Stadt, or Karl Marx City). It's organized by a handful of young locals. A charming little festival. Super cheap, too. A day pass was under €10.

Chemnitz isn't exactly a city young people move to, but the creatives that live there always make a lot of things happen. If you don't look closely at the posters and flyers people make for their events you might not recognize what actually happens in Chemnitz. Politically and culturally active people there tend to stay away from social media and flashy advertisements. This is kind of common for cities in eastern Germany, and I kind of like the attitude. Nobody makes a big fuzz about their important project — they just make something happen and see where it will take them from there. 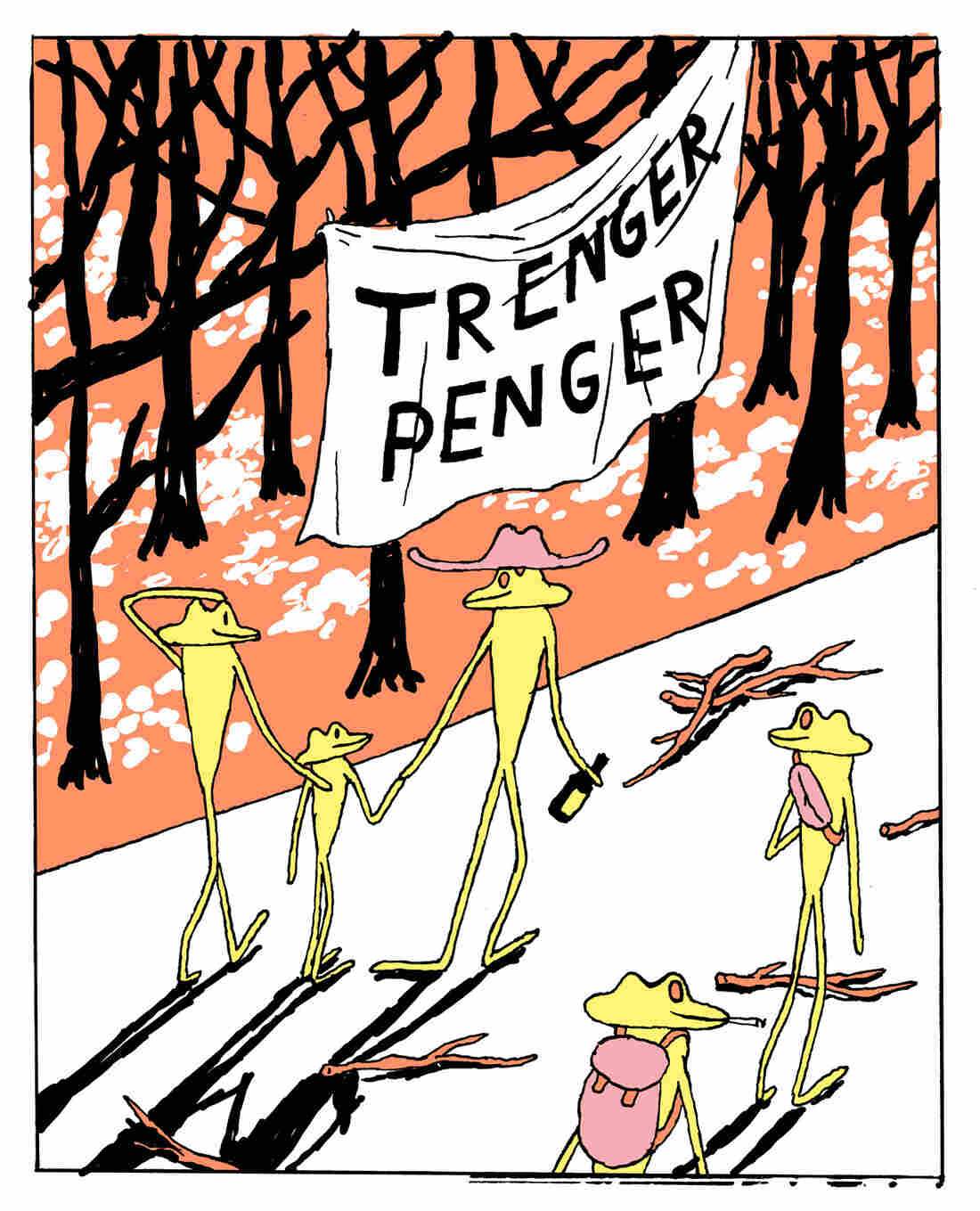 Half of Küchwaldrauschen happened during the day. The main spot, with the stage, is at an old theater and arena-type place, which provided plenty of room for families and hungover people (like me). It wasn't very crowded — not because there weren't many people, but more because there was much space.

With my drawings, I concentrated on the surroundings because I considered those places as especially nice, since I was weak from my own art show the night before. I was more than happy to find a spot to lay down and listen to the music from afar (Trenger Penger was a particularly good band). There was a remarkable little theatre play in the late afternoon, with a main character named Odradek. Odradek was two people in a weird little jumpsuit. It's hard to describe. Kinda strange, but very lovely.

The decorations of Küchwaldrauschen were handmade, and therefore were very nice and good. The organizers obviously cared a lot about those little details. The light in the evening threw big shadows from the deco objects on one side of a building (I tried to draw this). 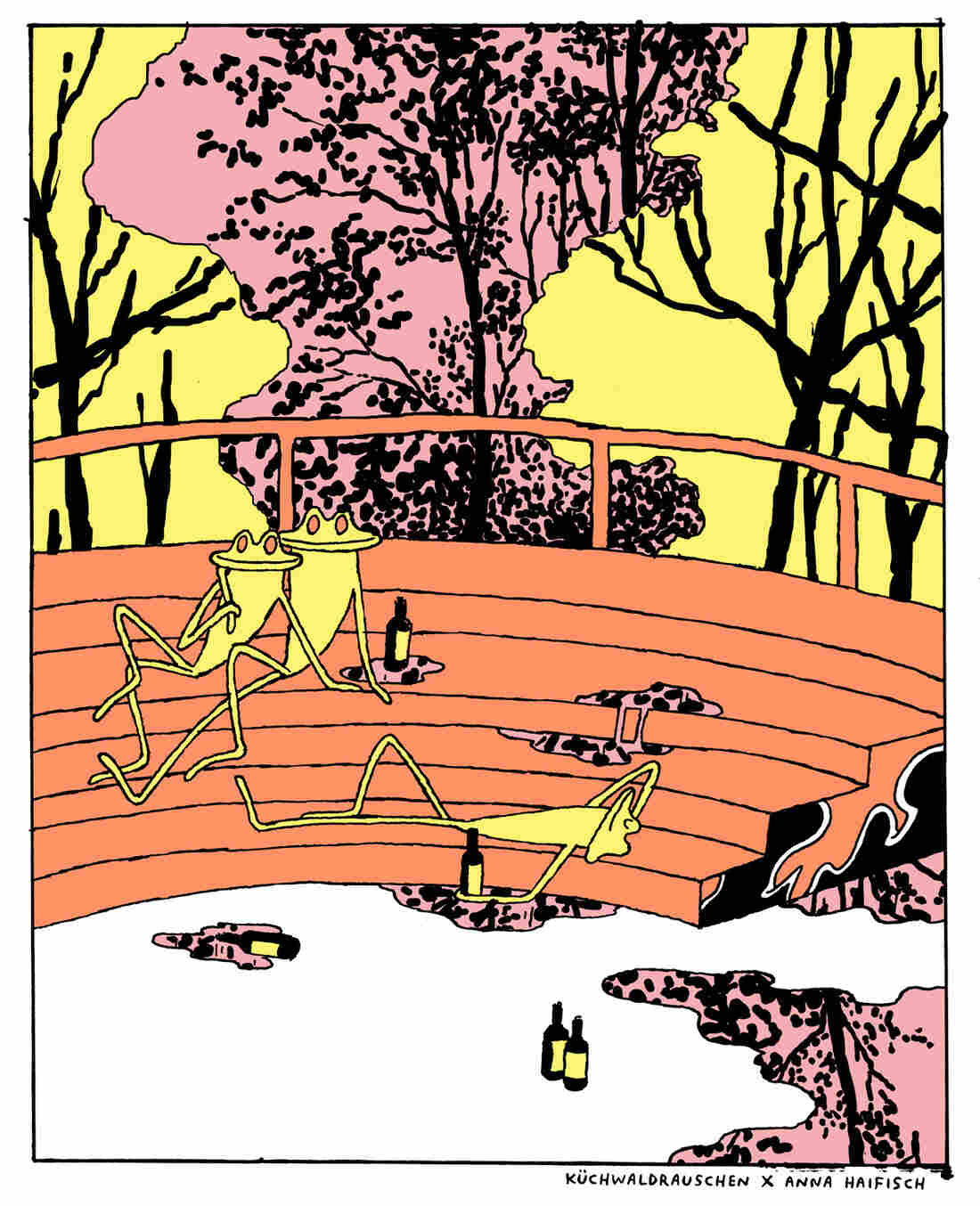 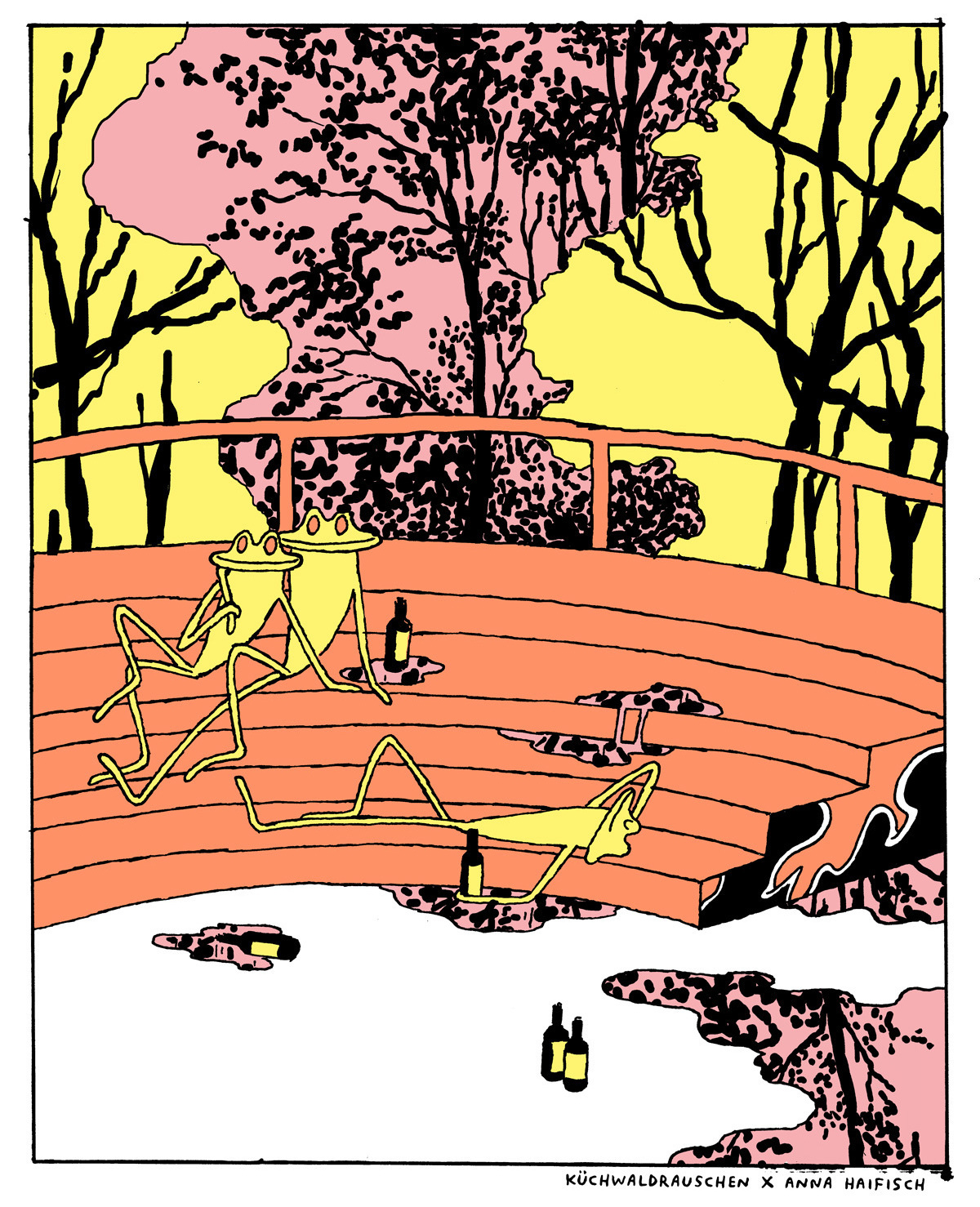 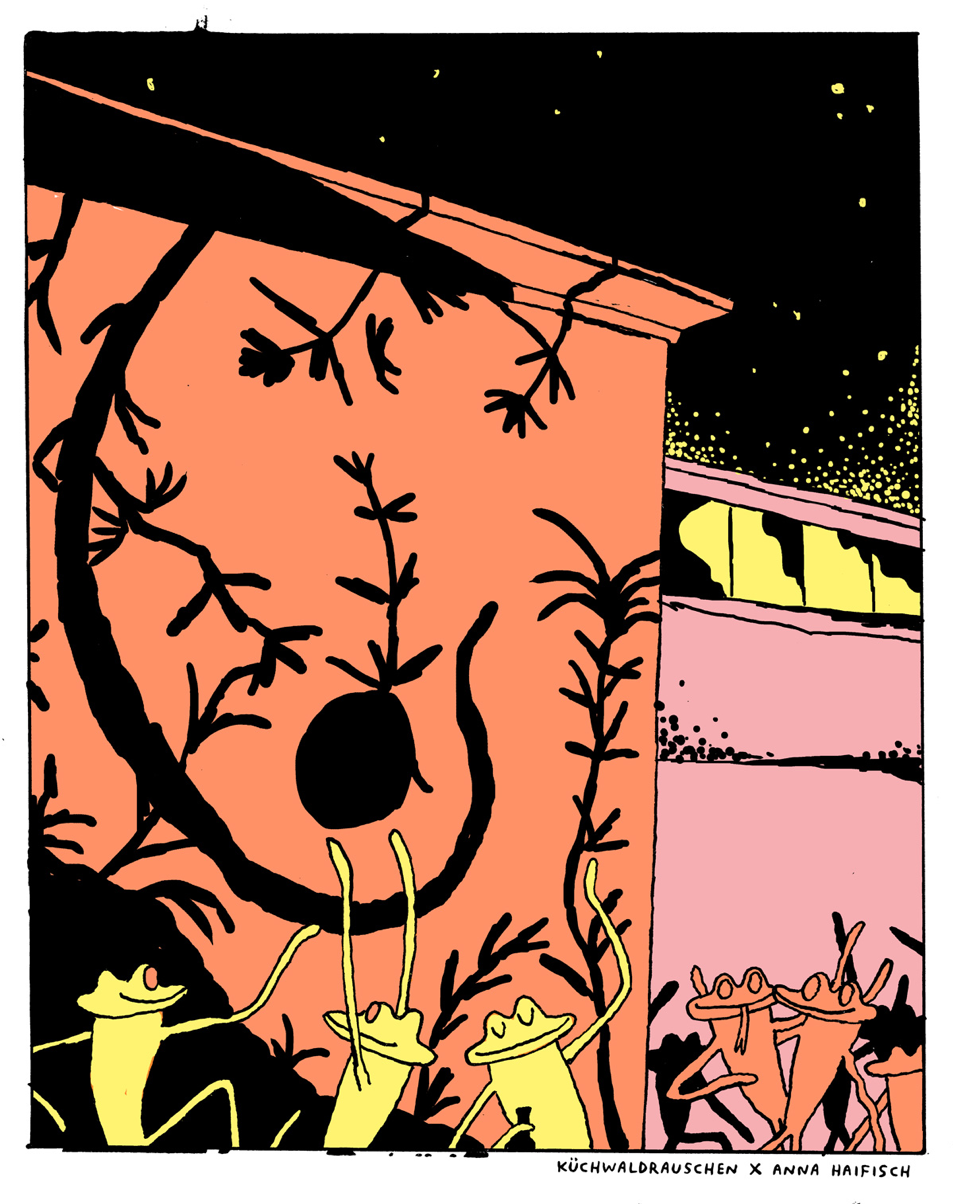 Anna Haifisch is an artist based in Leipzig, Germany.