Accessibility links
Inside One Montreal Music Festival's (Unfortunately Rare) Dedication To Sound : The Record Montreal's MUTEK electronic music festival is far more dedicated than most to maintaining the highest fidelity toward both artistic intent and immersive sonics. If only it were so everywhere.

Inside One Montreal Music Festival's (Unfortunately Rare) Dedication To Sound

Inside One Montreal Music Festival's (Unfortunately Rare) Dedication To Sound 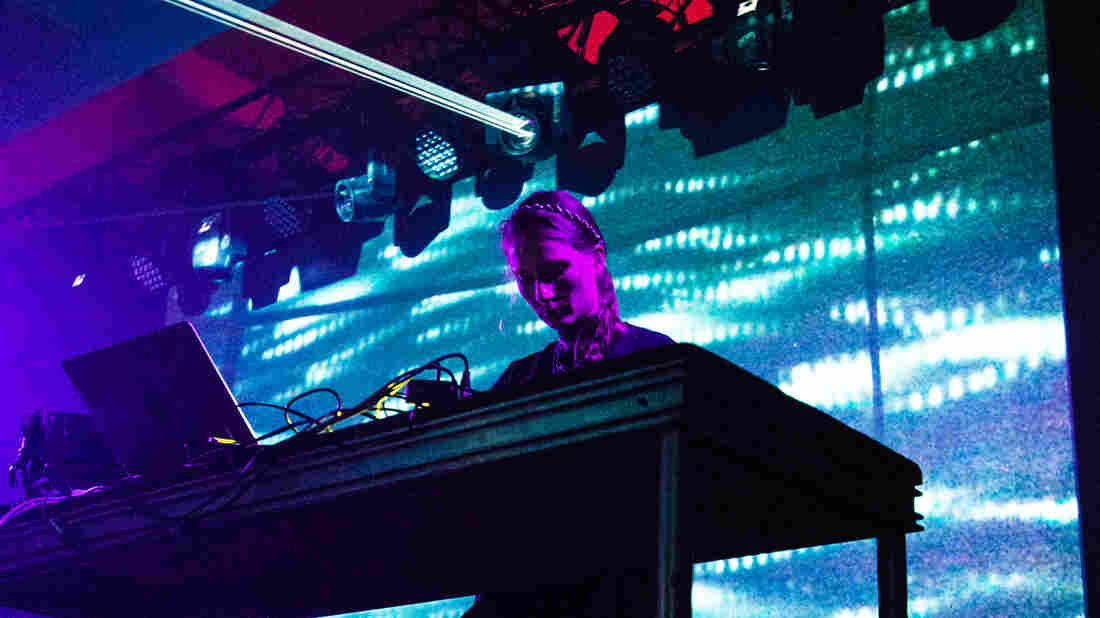 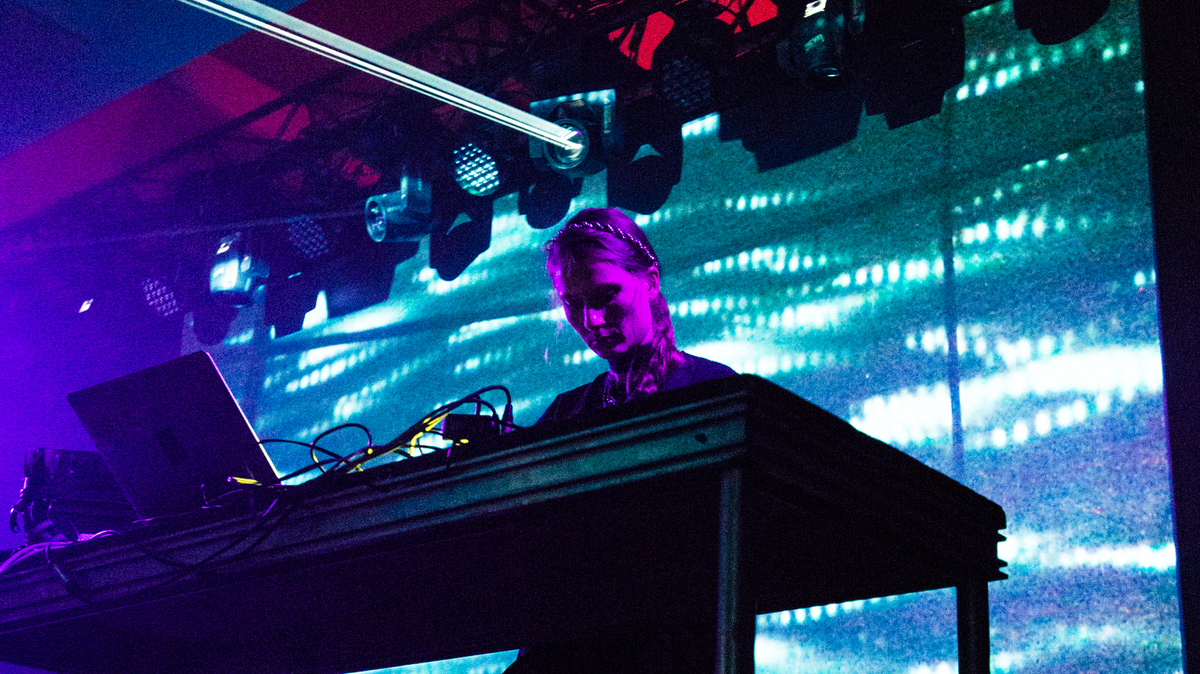 Kara-Lis Coverdale will be performing "VoxU," which required a unique space and special acoustic consideration at MUTEK.

Generally speaking, music festivals are not for audiophiles, or even those seeking an experience sonically faithful to an artist's intent. At a typical festival, stages often sit so close together that there's sound bleed from the main-stage headliner onto the less established acts on the smaller stages. Musicians have very little to no time to soundcheck. Uncontrollable weather dramatically affects noise levels. Then there's the logistics of keeping what amounts to a small city of revelers up and running. At the top of that hierarchy of needs is their ultimate focus: maximizing attendees' experience. People in the audience often aren't paying attention to the sound, other than noting whether it's good or bad — often, it seems, not even that.

Not so with Montreal festival MUTEK, which is taking place this weekend at various venues across the city. "Our audience is not a transient EDM crowd or anything. There are people who are producers and artists and are invested in a certain kind of aesthetic life," says curator Patti Schmidt. "They definitely care, and they complain," most often that the sound system is too loud.

Schmidt and festival founder Alain Mongeau — who both experienced the mind-altering potential of full-frequency PAs as ravers in Montreal's vibrant electronic music scene in the early to mid-'90s — devote much of their annual resources to perfecting how people hear music. If there is any tightening of the budget, the sound system is the last to feel the pinch.

One year, however, it was unavoidable that they cut corners (literally, as the theater has four corners, all typically fully utilized) for the setup at MUTEK's main venue, Metrópolis. "We were all like, 'Oh my God, it feels like there was an amputation,' " recalls Schmidt.

For the abrasive electronic experimentalist and meticulous sound arranger Ben Frost — exactly the kind of artist the festival caters to — it's just right. After successfully performing the hissing feedback, hoary midrange blasts and distorted ghost vocals of his 2014 album A U R O R A, Frost canceled a subsequent show at a punk rock club, because the PA system was so suboptimal to MUTEK's. When he next tried that same performance at the Hague's TodaysArts festival, he blew the speakers.

"It just couldn't handle his music," Schmidt says. "It's really all about putting this particular kind of music through a giant sound system, and having that be for the event. The sound system is really the hero here."

The same goes for performances that are lighter on the low end. Last year, Flanger – the duo of veteran electronic composers Burnt Friedman and Uwe Schmidt – performed their glitchy jazz excursions quadrophonically in Montreal. Such a setup requires a different signal to be sent to each of the four speakers in double stereo (the Flaming Lips' Zaireeka is a perhaps better-known example of this), which entails a special breakout box.

This year, MUTEK commissioned a piece, "VoxU," from classically inclined electronic futurist Kara-Lis Coverdale. In it, she traces how vocal emulation and synthesis — automated voices at banks, airports and pretty much everywhere else — date to 15th century pipe organs, which she employs in the performance. Because spatial acoustics are so important to the presentation, Coverdale will take over the Stratosphére dome's 360-degree sound system.

Like Frost, one of Coverdale's most important instruments is that sound system. The music she coaxes out of her computer and synthesizers veers between subtle, whispering textures and dense feedback that rears up like a typhoon. She has performed at MUTEK multiple times, along with other specialized events like Toronto's Unsound, Germany's Nachdigital and the U.K.'s brand-new No Bounds this fall. "Generally, festival sound systems are quite good," she says, before admitting: "I still continue to rely and place faith in whomever is hosting me, in the sense that often I still have no idea what I'm going to be ending up with until I get there."

That's where the minds behind a smaller festival, and its sound system, go beyond strictly technical aspects in catering to its artists and audience. In the lead-up to the premiere of her bespoke program on Aug. 27, Coverdale feared the Stratosphére's setup wouldn't give her show the depth of sound it required. "I wrote Patti," she recalls, asking if she could "'bring in some reinforcement for the sound system with the set because the built-in system "isn't quite enough," fearing it would be be "too distant." Schmidt was already on it. Her team brought into the venue 35 additional speakers and bass bins – multiple subwoofers encased in a horn cabinet that output greater sound pressure levels, more commonly known as decibels, at a lower frequency, resulting in overall higher efficiency. Coverdale laughs as she recounts this, as if in disbelief that she had ever doubted her host.

"They know what they're doing."

To achieve full-body sonic immersion, from dubstep's bowel-rearranging bass to the crispest sizzle of a high-hat, engineer Pat LaForce employs L'Acoustic speakers. The founder of the French speaker manufacturer, Christian Heil, is credited with inventing a setup known as the "modern line array," which you've very likely seen at outdoor stages or arena concerts — they're the columns of linked speakers you see dangling on either side of a stage.

L'Acoustics' line arrays are used at festivals in large part because of Heil and his engineers' patented waveguide technology, developed in 1992, which regulates sound dispersion over a wide area, while their precise phase alignment — the syncing of multiple waveforms, in this case sound waves — maximizes sound projection. At Metrópolis, LaForce reinforces his nine-speaker line arrays on either side of the stage with subwoofers center-stage and in the back of the venue, controlled by highly efficient processing systems directing sound from the amplifier box and console.

"This may sound cliché," LaForce writes in an email, "but I really want to make sure that we do not listen to the music; that we feel it."