Accessibility links
Stevie Wonder Reflects On Motown, God And Prince : The Record The one and only Stevie Wonder talks to Stretch, Bobbito and DJ Spinna about making music at Motown Records, pushing for the creation of Martin Luther King Jr. Day, and missing his friend Prince.

"That's the most important thing: Just love. That's what's gonna see us through." 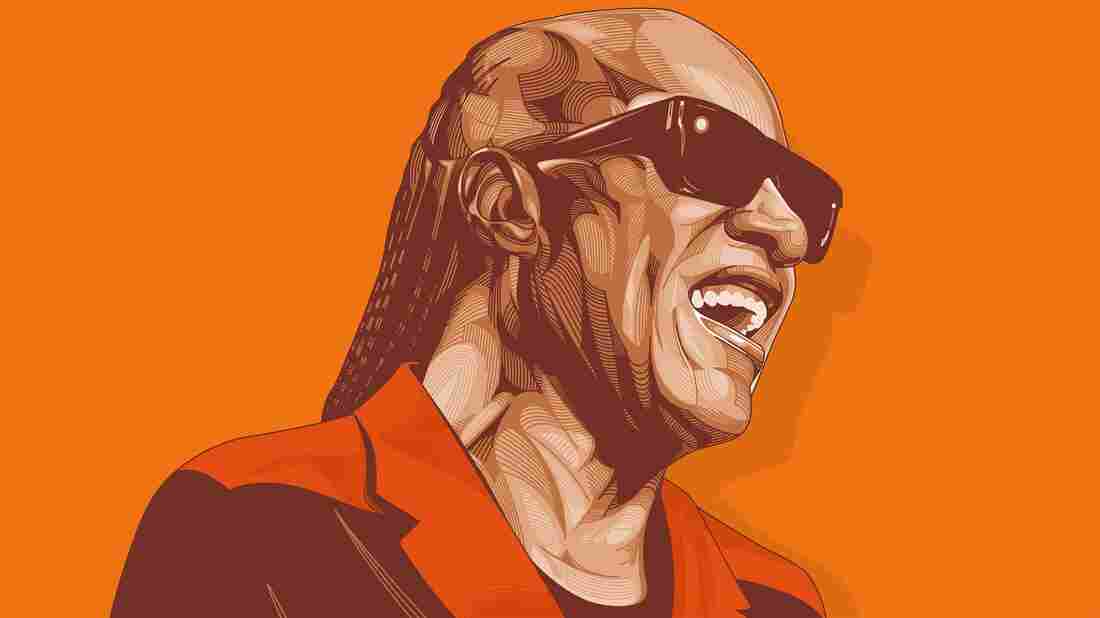 In 1980, Stevie Wonder helped campaign for Martin Luther King Jr.'s birthday to become a national holiday. "I never saw it as being political," he says. "I just saw it as being the right thing to do." Philippe Callant for NPR hide caption 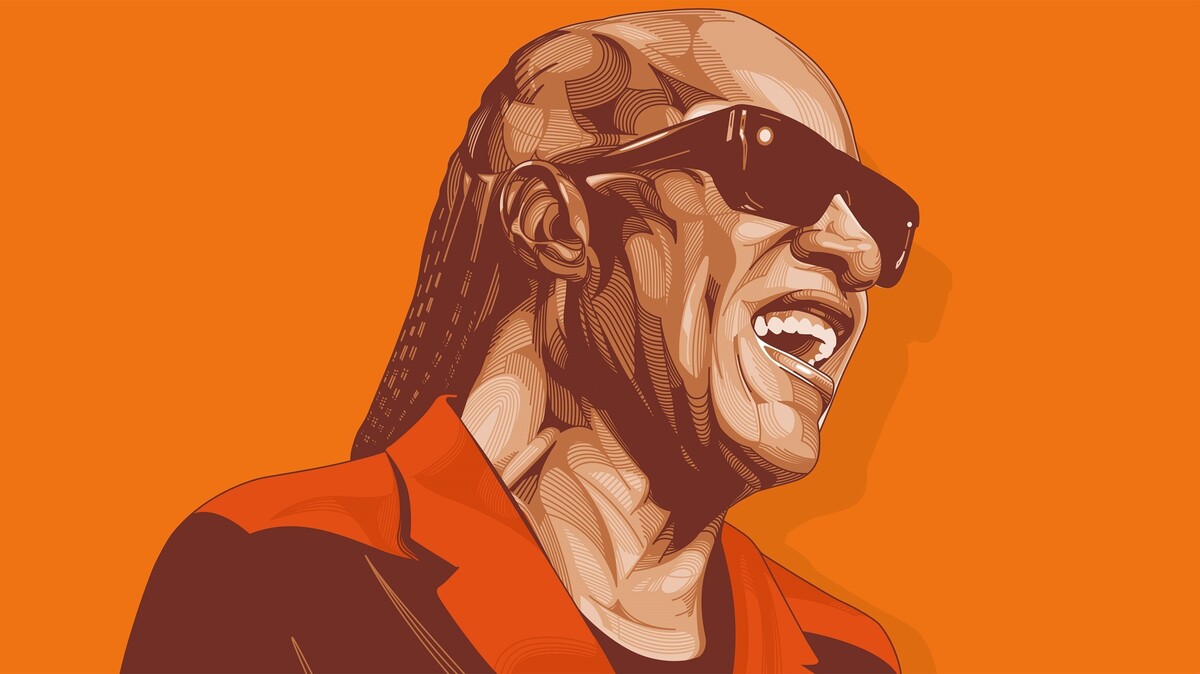 In 1980, Stevie Wonder helped campaign for Martin Luther King Jr.'s birthday to become a national holiday. "I never saw it as being political," he says. "I just saw it as being the right thing to do."

Stevie Wonder needs little introduction. His awards and achievements — 25 Grammy Awards, a place in the Rock and Roll Hall of Fame, more than 100 million records sold worldwide — only speak partially to his legend. His career began when he signed to Motown Records at the age of 11, becoming a teenage soul sensation billed as "Little Stevie." In the 1970s, he created a string of classic records: Talking Book, Innervisions, Songs in the Key of Life, to name a few. Stevie Wonder is unquestionably one of the most influential and important musicians alive today.

The difference between then and now: Back then, I had this tape bag I carried around for years, of melodies and ideas and all that kind of stuff. I had in that bag the idea for "My Cherie Amour," the idea for "Hey Love." I had a chance to put the music to work with Henry Cosby, Sylvia Moy. It was the melodies and music idea that I would give them. It was a great marriage, one that really made it possible for me to continue to be in Motown, because I think by the age of 14 and a half, they had this meeting at Motown saying, "You know what? His voice is changing, things are different, we don't know what to do with this kid. We think we're gonna have to let him go." ... Sylvia Moy said, "You know what, I think I'm going to commit to working with him, Hank, if you're with it. He's got some melodies and some things we wanna kinda like, mess with and see what we get." And so they did and we started doing stuff together.

On his 1980 push to make Martin Luther King Jr.'s birthday an American holiday

I never saw it as being political — I just saw it as being the right thing to do. I just felt that a man who had fought for the economic, social and civil rights for all people should be recognized for the greatness that he did, and for those like himself who lived and died for that, should be recognized. And when people would say to me, "Hey, a black holiday!" I'd say "No, this is a holiday for everyone." He was a black man, he was an African-American man but I'm not looking at the color of a person's skin — but, as Dr. King said, the content of their character. I just really believed that it was time to celebrate Dr. King. And as opposed to being in the spirit of, "Oh, please, please," I don't beg for it. This was something that should just happen because, you know, it's for everyone.

From Dream To Reality: The Martin Luther King Holiday

I knew that Barack Obama was going to become president, I knew that. The funny thing about it is, I met him a few years prior to that when he was running for senator. And he came to my studio, to Wonderland Studios, to do a little performance in Chicago. I said, "I like your spirit and I feel that sincerity in your voice. I know that you're running for senator, but I see even more than that. So I wanted to just pray for that time that you'll become president of the United States, because it's what I feel you're going to be." We said a prayer and it was wonderful...

I just believed he was going to be president and there were those who, as we got closer to that time, said "It's not gonna happen, America's not ready." And lots of people that I didn't expect would say that. But I understood their lack of confidence and their fear, and their lack of faith in the conscious people of America. And I felt that even more than the consciousness of the people, far more than the ignorance of those who didn't want to see it happen — I knew it would happen, I believed it, because I felt that there was something that God had given him that he needed to touch the world with.

On pleasing God with his music and spreading love

I think that my thing is basically, God — when I think about it, I say, "God, how can I make you even more happy?" Because, you know, obviously I'm appreciative of the fans and success and all that. But to please God is my greatest joy. And for those who might be Muslim, to please the God that you serve, Allah, or whatever your religion is. Like I said before, it's not about the religion, it's about the relationship.

And so my thing right now is I'm thinking: How can we deal with this situation where people are prostituting the most high with their negativity, with their evil? That hurts my heart so deeply. And that's everywhere. And so, to me, the one thing you've heard through and through every religion is: Hey, just love. Just love. That's the most important thing: Just love. That's what's gonna see us through. So when I hear these little children singing my songs or singing songs, hearing those voices and I think of those little kids in Manchester, just going to see a concert and then someone uses that as a source of their anger — it's unacceptable. I don't care who you are or where you're from, it doesn't matter. And for me, not seeing anybody, it means that I'm looking at their souls.

How can we deal with this situation where people are prostituting the most high with their negativity, with their evil? That hurts my heart so deeply.

On missing Prince, and being part of the Official Prince Tribute concert in 2016

It was hard to convey a message because I was in so much pain. Not saying I wasn't with the others. But we had previously, very recently talked and talked about his future and things that he wanted to do and how inspired he was with the things he wanted to do. It lets you know: Hey, tomorrow's not promised to anyone. But you say, "God, why him?" But we are not the controllers of life. And that's why people need to stop doing that, trying to control life. But I was — it was just painful for me. And as much as we say, "Well we've got his music. We've got their art, we got their this, we got their that" — I would've loved to have some more him, and them.