Accessibility links
Why Black Boy Joy And Lil Uzi Vert's Melancholy Are All The Rage : The Record From fearless smiles to suicidal thoughts, mainstream rap is challenging the old black masculine tropes with a nod to mental health. 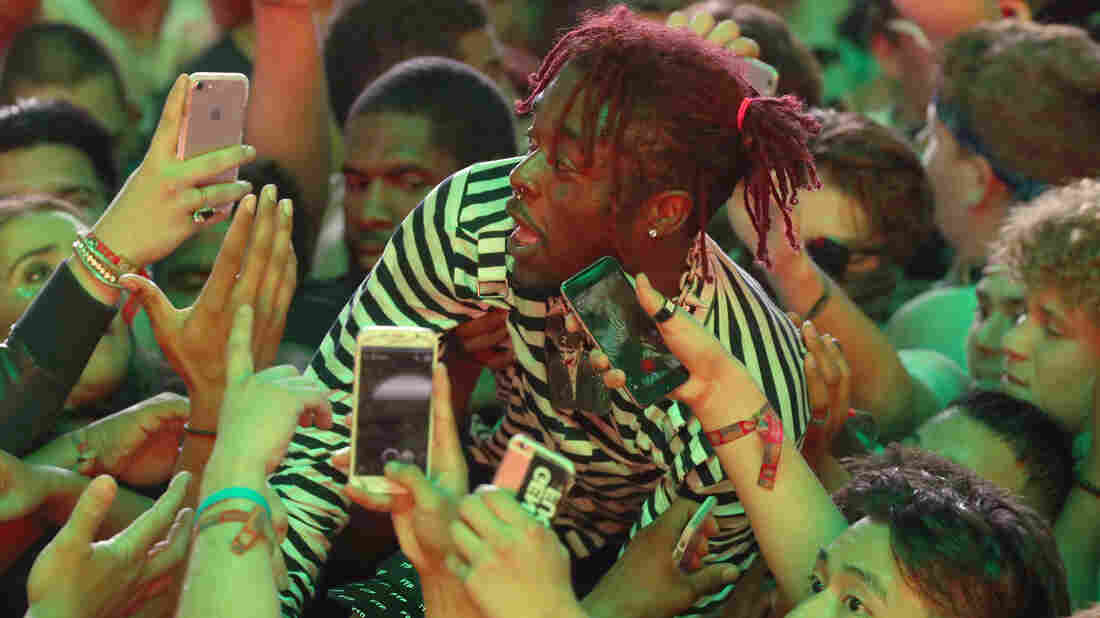 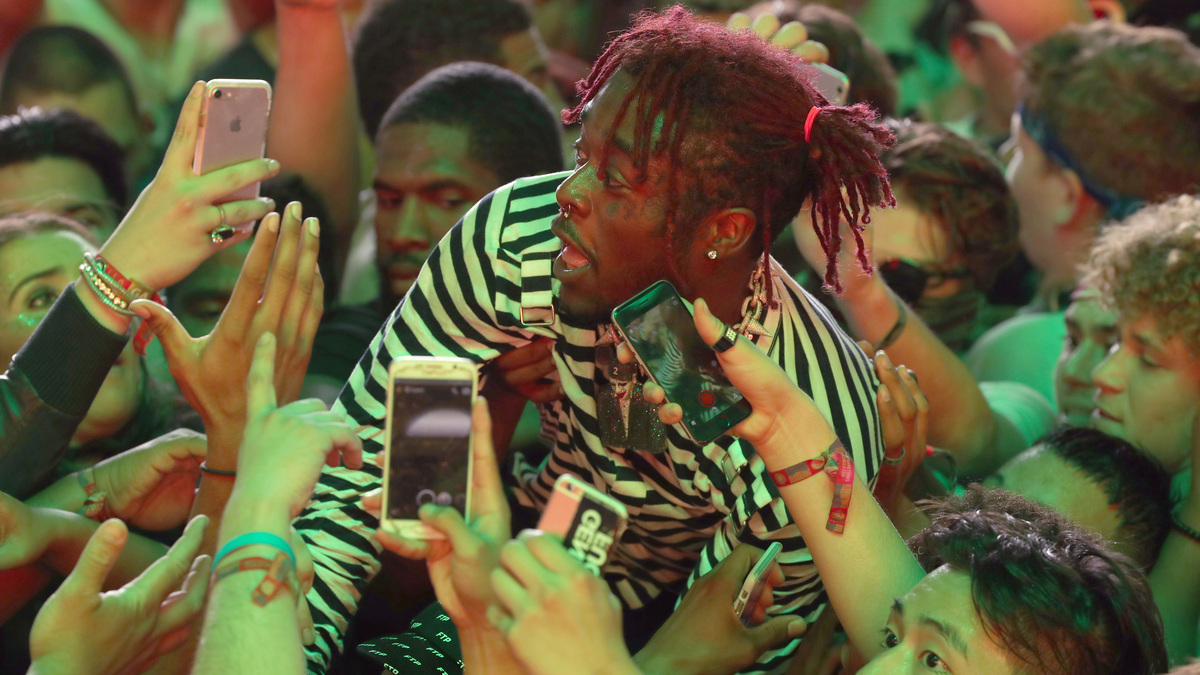 The year was 1993 and Prince Be was everything rap was not supposed to be. While Snoop and Dre were indoctrinating Middle America in the chronic fundamentals of a "G Thang," the P.M. Dawn lead represented a much softer strain. He rhymed about unrequited love with a delicate lilt. He wore silky flowing garments and his dreads in an updo. He sampled British new wave band Spandau Ballet, of all things, to become the first black rap act atop the Billboard 100 with "Set Adrift On Memory Bliss."

Then, he met the wrath of the Blast Master.

During a P.M. Dawn concert at Manhattan's Sound Factory, KRS-One bumrushed the show and pushed Prince Be off the stage. The catalyst had come weeks earlier when Details magazine quoted Prince Be saying, "KRS-One wants to be a teacher, but a teacher of what?" But KRS's response, as the self-proclaimed purveyor of real hip-hop, was also viewed as a repudiation of P.M. Dawn's sappy aesthetic. Prince Be was, in that moment, reduced to a humorous footnote in early-'90s hip-hop and hardcore continued to reign supreme.

A quarter century later, the genre is giving us the feels again. Call it the vindication of P.M. Dawn. Hip-hop has always contained multitudes but, suddenly, mainstream rap's acceptable range of emotions is broadening. From the inherent paradox of black boy joy to Lil Uzi Vert's melancholy rage, it may be the most rebellious uprising since gangsta rap pillaged the pop charts. 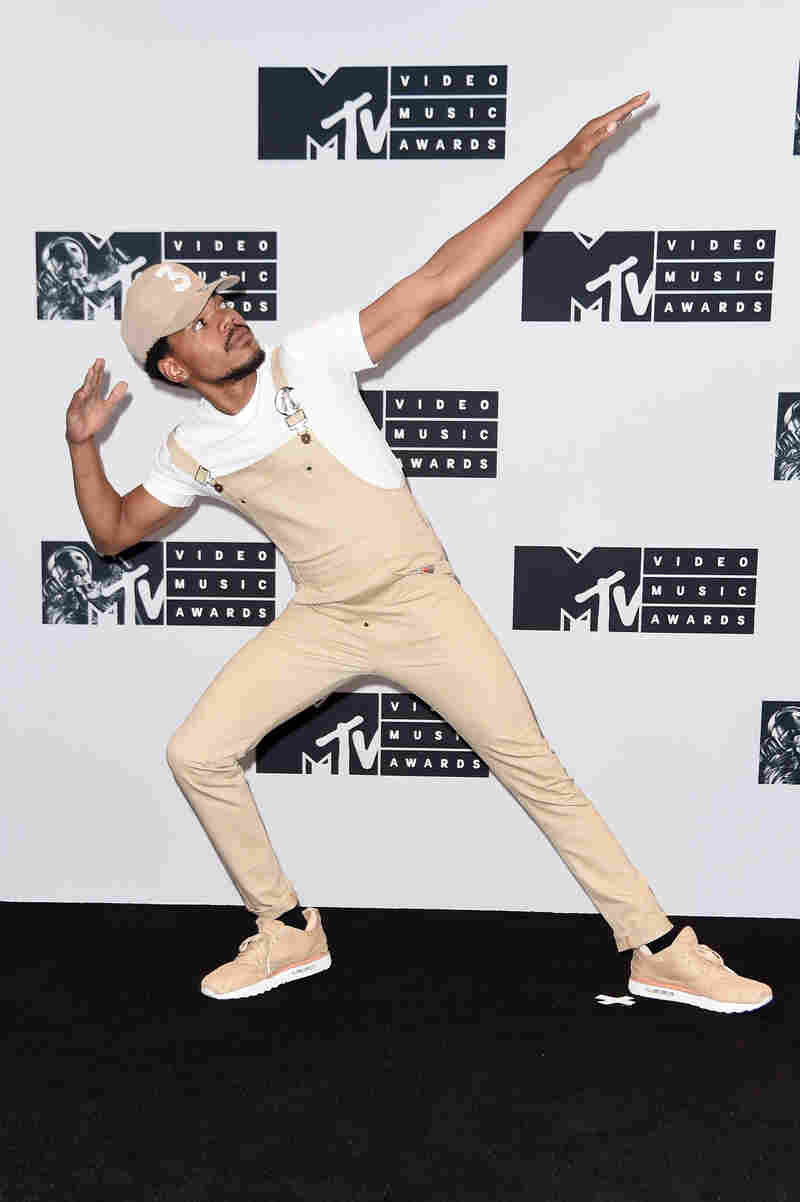 Chance the Rapper, at last year's MTV VMAs, where his #BlackBoyJoy was quite palpable. Nicholas Hunt/FilmMagic hide caption 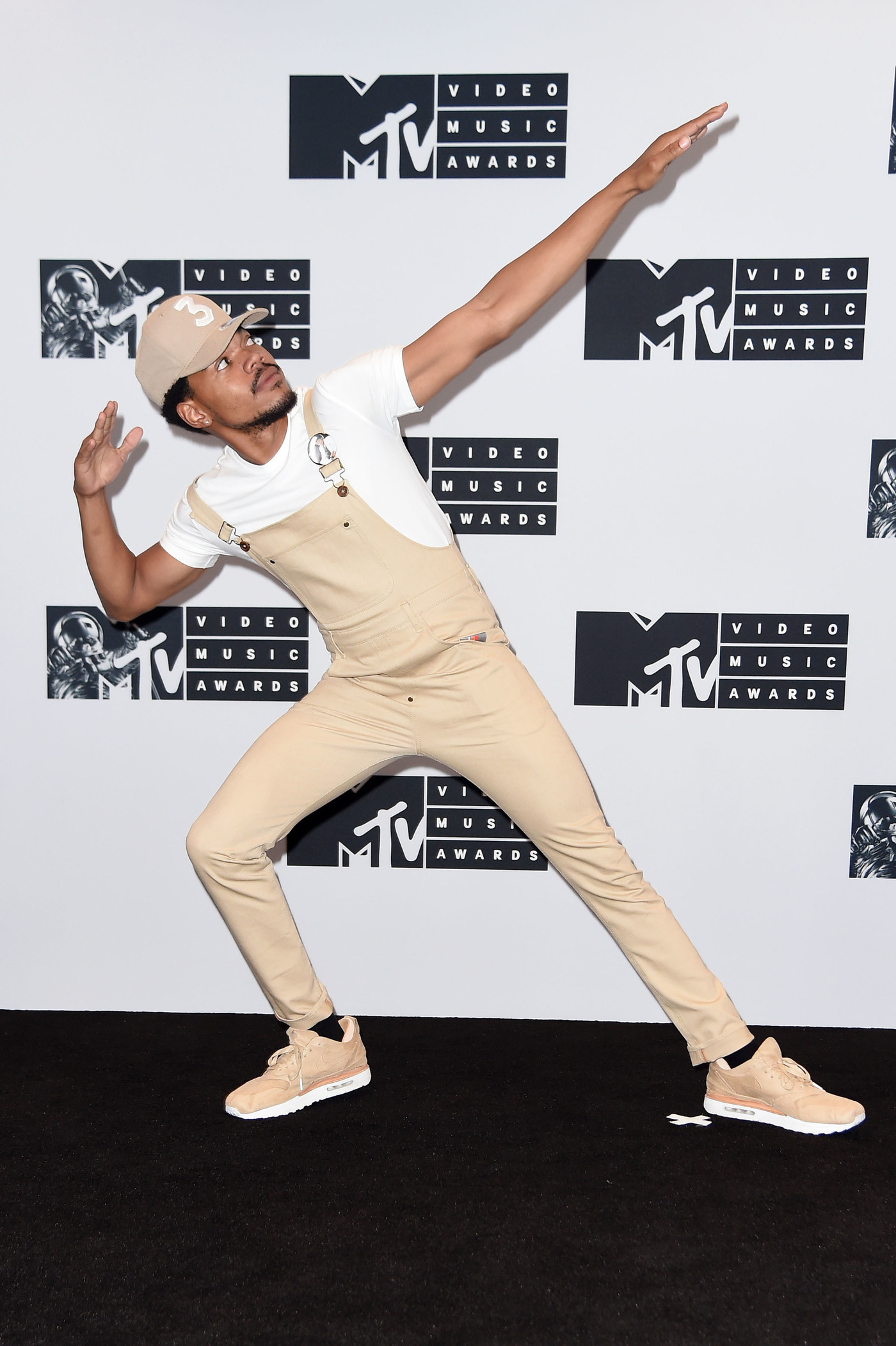 Chance the Rapper, at last year's MTV VMAs, where his #BlackBoyJoy was quite palpable.

Never in the history of this country has the depiction of black men been more extreme or divisive: We're presidential. We're criminal. Of course, the absurdity behind #BlackBoyJoy, as the male-affirming counterpart to the #BlackGirlMagic movement, is the mere necessity of its existence. It wouldn't be worthy of celebration if the public expression of black masculine joy wasn't seen as such an anomaly. But in one year, it's become the new archetype.

Even its ambassador, Chance the Rapper, admits being confounded at how rapidly the viral trend caught fire. "I never heard of 'black boy joy' until this year," he said on a recent episode of the NPR podcast What's Good with Stretch & Bobbito. Carefree images of black men and boys have become so ubiquitous, flooding social media timelines, that the rapper may not recall tweeting the hashtag #BlackBoyJoy from his own account following his spirited appearance at the 2016 MTV VMAs more than a year ago. The movement definitely owes its rise, in part, to the praise-tinged optimism that fueled Chance's Coloring Book mixtape to crossover success. In a genre where the stereotypical cliché is easily converted to cachet, his unmasked enthusiasm strikes an oddly defiant pose.

"Bigger than hip-hop, I think there's always been a quiet conversation and joke that, if you're not hard, if you're not from an impoverished neighborhood, if you're not certain constructs of a black stereotype, then you're not black," as Chance explains on What's Good. "N----- kinda ran with that in the '90s and that's why there were so many fabricated hood n-----. But now it's like a lot of black people have a pride in being who they are and understanding that is a part of the black experience."

Yet hidden behind the labored look of mean mugs and ice grills lies something deeper. Just as bebop birthed the cool, in part, as a repudiation of Louis Armstrong's perma-smile, the performance of happiness by black artists has long been a taboo tantamount to selling out. But this generation is flipping that script. In the midst of so many black bodies meeting tragic ends at the hands of the state, the adoption of Kendrick Lamar's "We Gon' Be Alright" as the unofficial anthem of the Black Lives Matter movement became a brash statement of resistance. 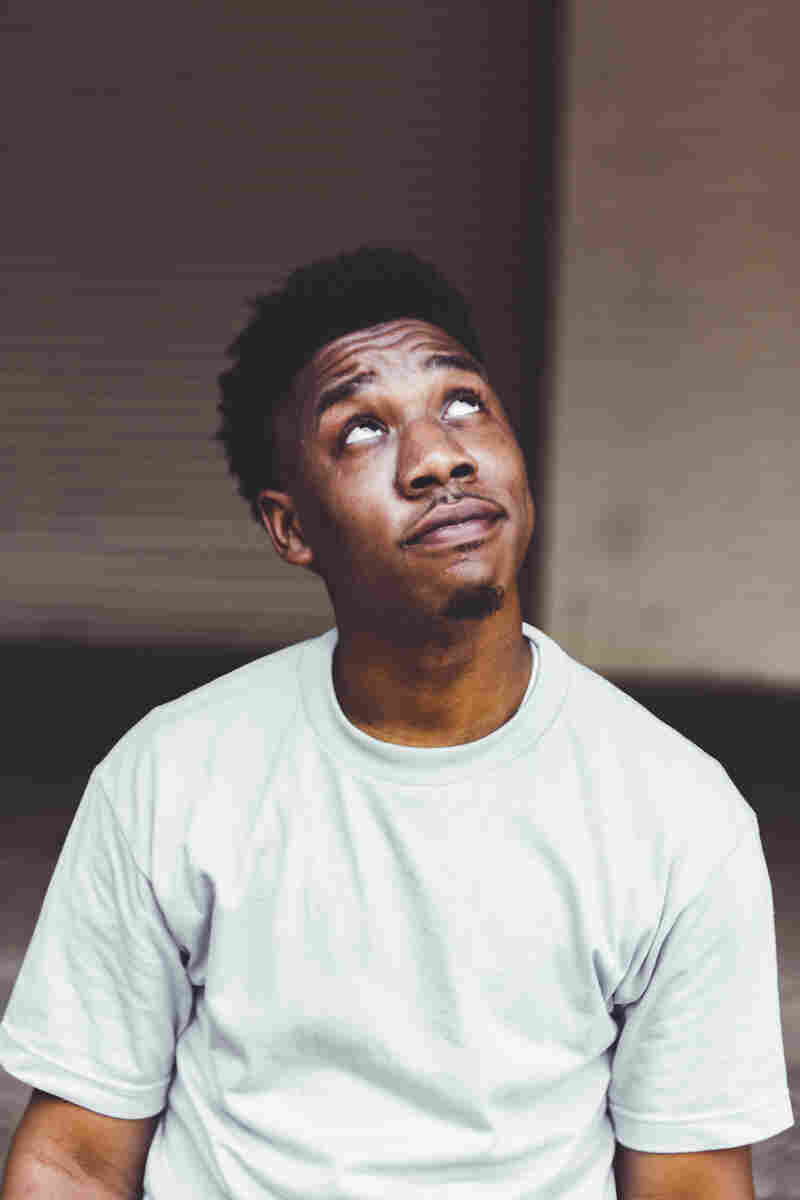 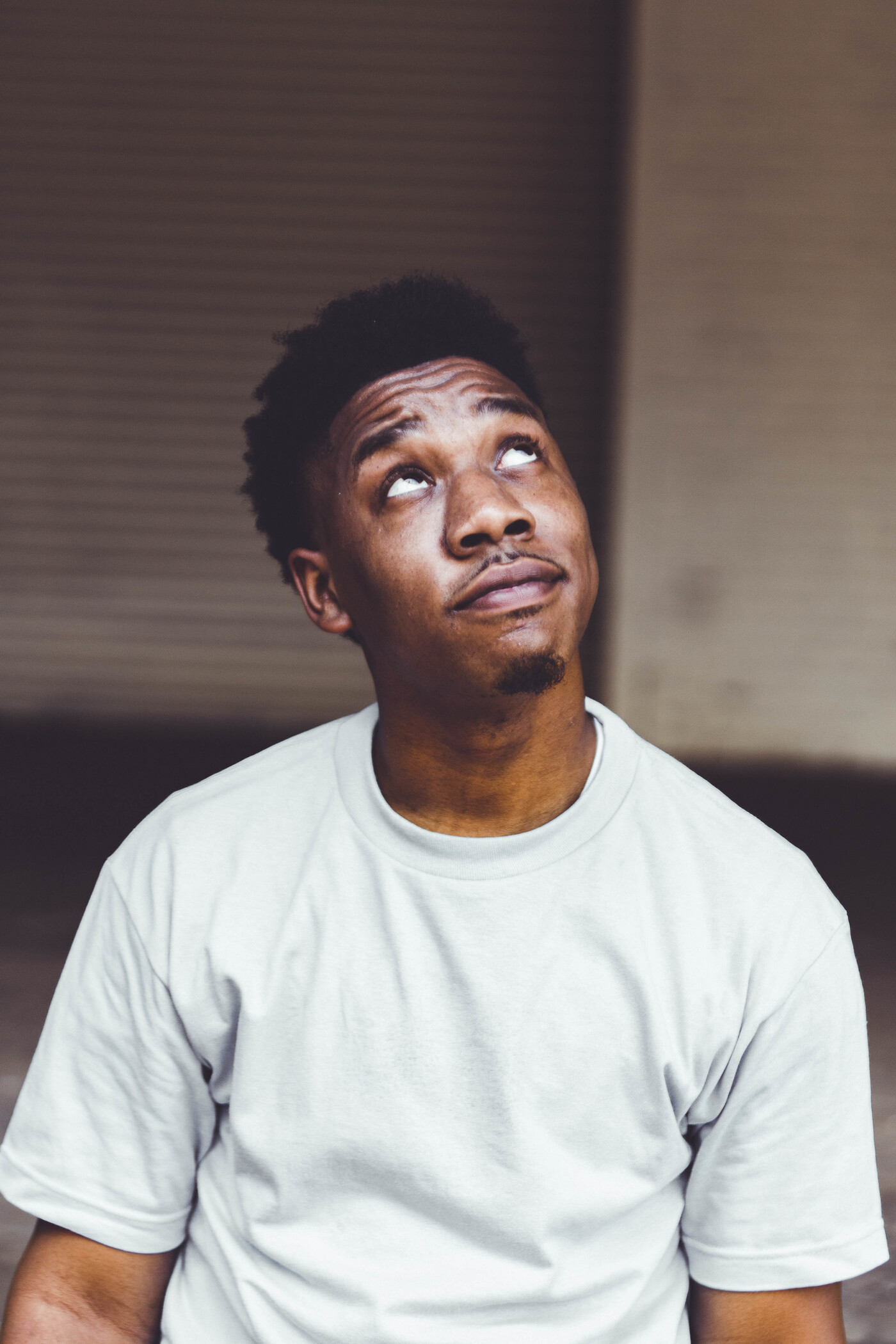 Sam Chapman/Courtesy of the artist

The same could be said about a 21-year-old from Memphis whose music is the total antithesis of his hometown's trademark gangsta walk. Daz Rinko's six-song EP Black Boy Joy, released last Friday, bears little resemblance to the pimp-and-hustler prototypes and Tear Da Club Up Thugs that put his city on rap's map in the '90s. Similar to Chance, whose musical narrative belies the oft-told gangland tales of Chicago's South Side, Daz is crafting a more nuanced memoir.

Though he grew up in North Memphis —"basically up the street from where Yo Gotti and Moneybagg Yo are from," Daz tells me — he went the opposite route of the city's contemporary trap rappers. "It was hella rough growing up in the streets. Me and my sisters saw one of our cousins get shot right in front of the grocery store. To be honest, that shit scared the f--- out of me. I think it made me not very accepting of the trap sound/aesthetic at first."

Instead, he indulged in the likes of Kid Cudi, another outlier, and Fergie. Daz's EP, featuring production from Melbourne-based SPRILL. and Connecticut-based Donato, teems with bright electronic rhythms more suitable for the dance floor than the trunk of a box Chevy. By the last song, "Blessings From Above," he sounds overjoyed as he credits the love of Jesus for lifting him out of depression. "I just wanted to explain my obstacles," he says. "At the end, I wanted to show how love overcame the bull----."

For some, though, love is still pain. Lil Uzi Vert's debut LP, Luv Is Rage 2, is essentially the cathartic soundtrack to his breakup with former girlfriend Brittany Byrd. No redemptive boy joy here. No transformative uplift, either. But the degree to which he's in tune with his melancholy side thoroughly challenges hip-hop's hypermasculine tropes. 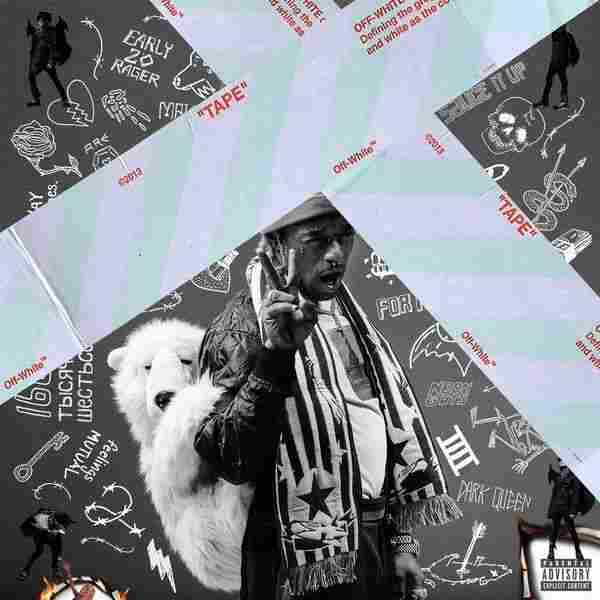 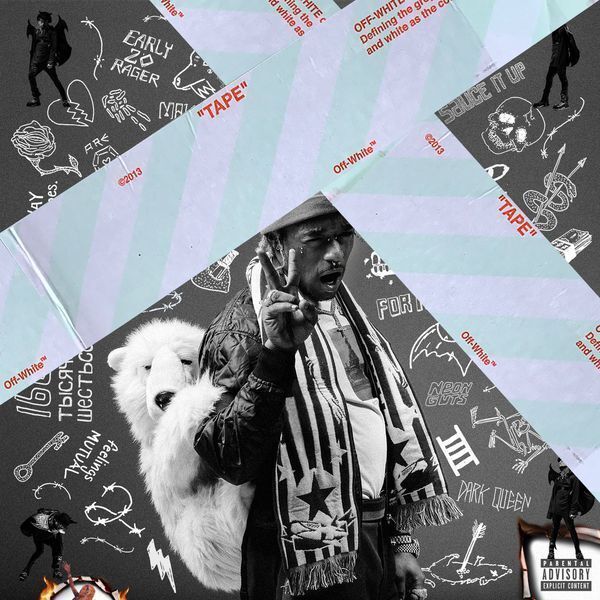 Lil Uzi's suicidal ballad "XO TOUR Llif3," which anchors the newly released LP, became a runaway hit when it came out earlier this year. Now he's delivered an album that matches its intensity and vulnerability, on a sonic palette equal parts emo-pop and punk. Neither typify the sound of Philadelphia from which he hailed before bouncing to Atlanta. Compared to another native son, contemporary traditionalist Meek Mill, Lil Uzi is the alien rock star he's long branded himself, with an onstage presence as faraway from his place of origin as his aesthetic feels divorced of the genre's classic constraints. Yet his first-week sales are projected to hit somewhere between 110,000 and 120,000, which should easily place him atop the Billboard 200.

Still, Lil Uzi has his critics, especially when it comes to policing gender norms. One popular meme goes so far as to liken him to Avril Lavigne. A side-by-side photo shows them wearing similar slightly-off-the-shoulder tops, while Uzi, decked in his spiked chain choker and various nose piercings, holds a matching pink purse. Similar to Young Thug, who famously donned a dress on the cover of his 2016 album Jeffery, they're queering mainstream rap in subtle ways, even if their music still tends to amplify the age-old misogyny.

To paraphrase Budden's old-head cynicism: Ain't no happy in hip-hop.

Which isn't altogether true. What would the G-funk era be, for instance, without its overindulgence in hedonistic joy, or the Native Tongue era minus the advent of black bohemian joy? Lest we forget, hip-hop started with DJs and MCs warming up the parties in the parks and clubs. These were not joyless affairs by any means. Even today, trap-happy artists revel in strip club shenanigans and ostentatious displays of wealth.

But the aim of this newer wave feels more therapeutic and spiritually-centered, without being relegated to the gospel rap bin. It's joy for the sake of staying woke.

In a recent discussion on the suicide of Lox member Styles P's 20-year-old stepdaughter, Budden — who's also been transparent about his own battles with depression — shed his rough exterior, and some tears, on camera. It's part of a growing push to prioritize mental health within hip-hop culture and the black community at large. "Most of our favorite artists suffer from mental illness," Budden said before listing the likes of Kid Cudi, who publicly admitted himself into rehab following a social media meltdown earlier this year, and Kanye West, who was treated for exhaustion and sleep deprivation shortly after canceling the remaining dates of his Saint Pablo tour following notorious onstage rants about his mentor JAY-Z and wife Beyoncé, and a surprising post-election endorsement of Donald Trump. "If you wanna talk about the artists that really need help with mental health, that's a long show," Budden concluded.

One of the most compelling reality TV shows in years, in fact, is Viceland's "The Therapist," where pop stars sit down one-on-one with licensed therapist Siri Sat Nam Singh to process the pain behind their fame. The best episodes showcase cagey rappers like Chief Keef, whose drill music is often pathologized as part of Chicago's problem rather than the effect of larger systemic failures and his own survivor's guilt.

Lil Uzi Vert's interview last week with Beats 1's Zane Lowe certainly resembled a therapy session as he expressed the burdens of blowing up. "I don't like being famous," he told Lowe while wearing a stone-faced expression and dark shades. His mischievous smile was mostly a no-show.

The temperament gets even more morose on another new release from last week, XXXTentacion's surprise debut album 17. In barely one year, emo-rap's newest poster boy has earned as many detractors as he has fans. The hip-hop site DJBooth.net, for one, has refused to cover him due to problematic charges XXX faces for allegedly beating up his pregnant girlfriend last year. He ramped up more controversy last week after posting a video to Instagram that seemed to show him hanging himself. Though it was uploaded shortly before the release of 17, he later denied suggestions that it was a publicity stunt to boost album sales. (Both posts have since been deleted.) Stunt or not, his suicidal threats remain on the record. 17 is about as black and blue as it gets. But it's also sublime. Averaging just two minutes and some seconds, each song is boiled down to its rawest emotional essence as XXXTentacion sings and raps melodically over stripped-down tracks or acoustic guitar.

On "The Explanation," his disclaimer intro, he presents the album "in hopes that it will help cure or at least numb your depression." But one has to wonder whether these songs have helped him quell his own inner demons.

If we're looking for a place to continue the conversation around mental lillness, XXXTentacion is ground zero. What the genre risks by failing to do so, oddly enough, is its own vitality. An artist like Lil Uzi Vert may be categorized as a rapper for now. But unlike a lot of emcees who've metaphorically likened themselves to rock stars to evoke the outsize lifestyle, dude truly is a rager. And not just because he worships Marilyn Manson and counts Paramore's Hayley Williams among his biggest musical influences, but because he's willing to express that melancholy on record. It may not be the stuff stereotypical hip-hop heroes are made of, but the mainstream could stand to see more black men wearing the entire range of emotions on our sleeve.