Accessibility links
Don Williams, Laid-Back Country Legend, Is Dead At 78 : The Record The country legend behind "I Believe In You" and , whose career spanned five decades, died at home in Alabama after a short illness. 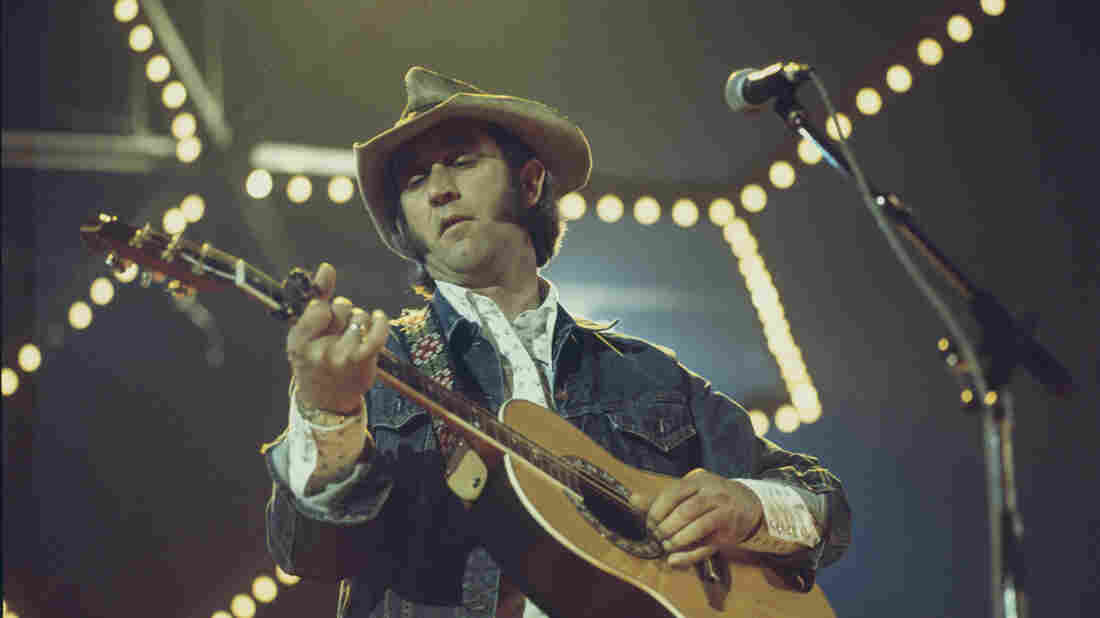 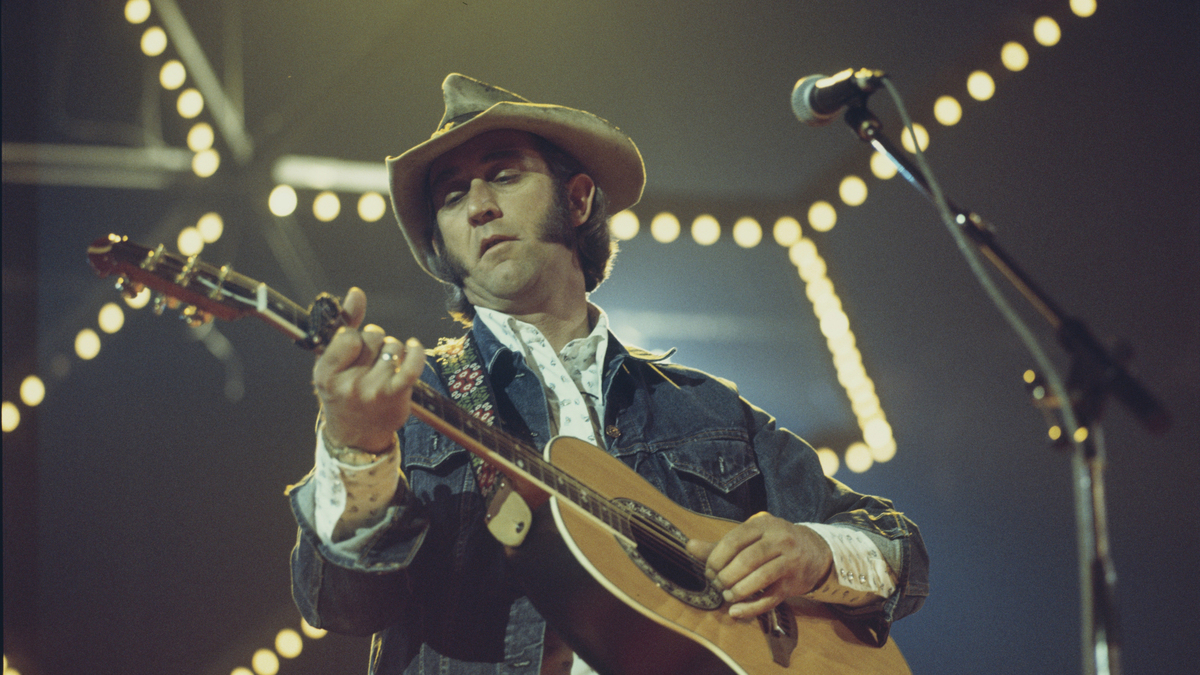 Don Williams performing at London's Wembley Arena in April, 1977. Williams was beloved in countries as far-flung as South Africa, long before country's popularity had crossed the oceans.

Don Williams, who began a long career in country music as a Nashville songwriter in the early 1970s and who entered the Country Music Hall of Fame in 2010, died today at his home in Alabama following a short illness, a publicist confirmed to NPR. He was 78.

Williams topped country charts with regularity through the '70s, in songs characterized by an easygoing, Sunday-afternoon air and delivered with a smooth voice that walked the seam of a front-porch baritone and stage-ready tenor. The sentiment that drove much of Williams' country was a rakish positivity, best remembered in his biggest song, 1981's "I Believe In You":

"Well, I don't believe that heaven waits / For only those who congregate / I'd like to think of God as love / He's down below / He's up above / He's watchin' people everywhere / He knows who does and doesn't care / And I'm an ordinary man / Sometimes I wonder who I am / But I believe in love."

Born in Texas in 1939, Williams began playing guitar as a teenager, and played in various groups around Portland, just across the bay from Corpus Christi. After a move to Nashville around 1969, Williams began penning songs for another country legend, "Cowboy" Jack Clement, and his newly formed JMI Records in 1971. Three years later, Williams was a recording artist in his own right, topping the country chart with "I Wouldn't Want to Live If You Didn't Love Me," properly kicking off his career and becoming a regular fixture on those charts from then on. (By 1980, his footprint had grown such that he played himself, and performed his own songs, in the Burt Reynolds vehicle Smokey and the Bandit II.)

In a statement on the news, Country Music Hall of Fame and Museum CEO Kyle Young writes that in "giving voice to songs like 'Good Ole Boys Like Me,' 'Lord, I Hope This Day Is Good,' and 'Amanda,' Don Williams offered calm, beauty, and a sense of wistful peace that is in short supply these days. His music will forever be a balm in troublesome times."

It's true: In a time of volume and digital precision in music, Williams' smooth, salt-of-the-earth recordings are a respite. In early 2016, Williams announced it was "time to hang my hat up and enjoy some quiet time at home. I'm so thankful for my fans, my friends and my family for their everlasting love and support." Not more than a year later Williams' legacy spurred a tribute album, The Gentle Giant, featuring covers of his songs by Garth Brooks, Keb' Mo', Chris Stapleton and Trisha Yearwood, among others.

Williams is survived by his wife Joy, sons Gary and Timmy, three grandsons and one granddaughter.