Accessibility links
Cardi B Becomes First Solo Female Rapper To Top The Singles Chart In 19 Years : The Record The rising rapper displaced Taylor Swift — and is the first female rapper to top the Hot 100 since Lauryn Hill did so nearly twenty years ago. 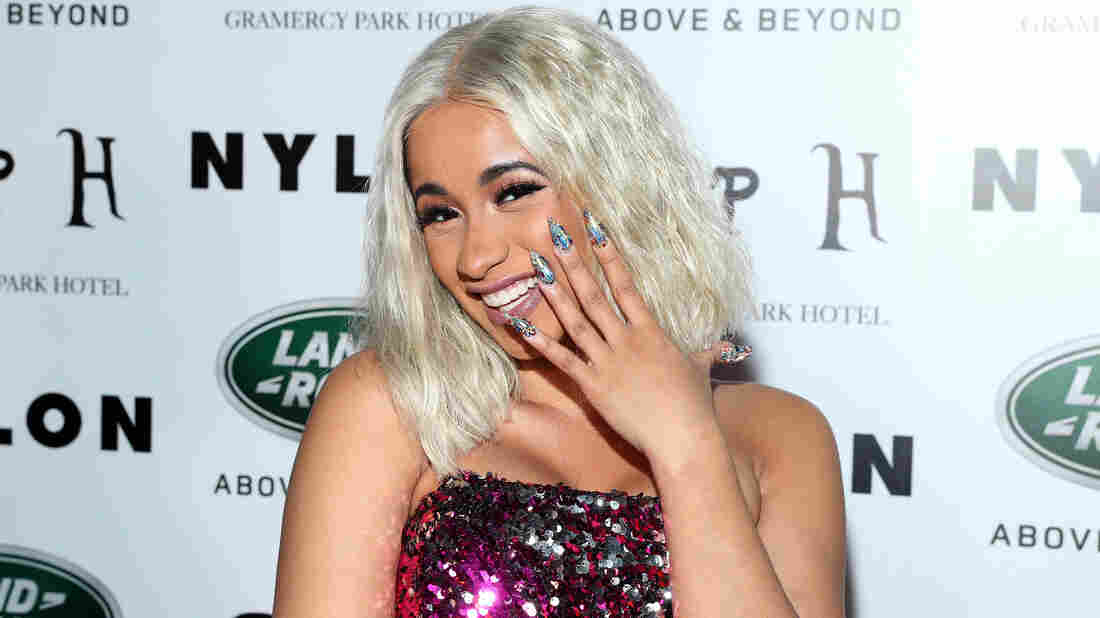 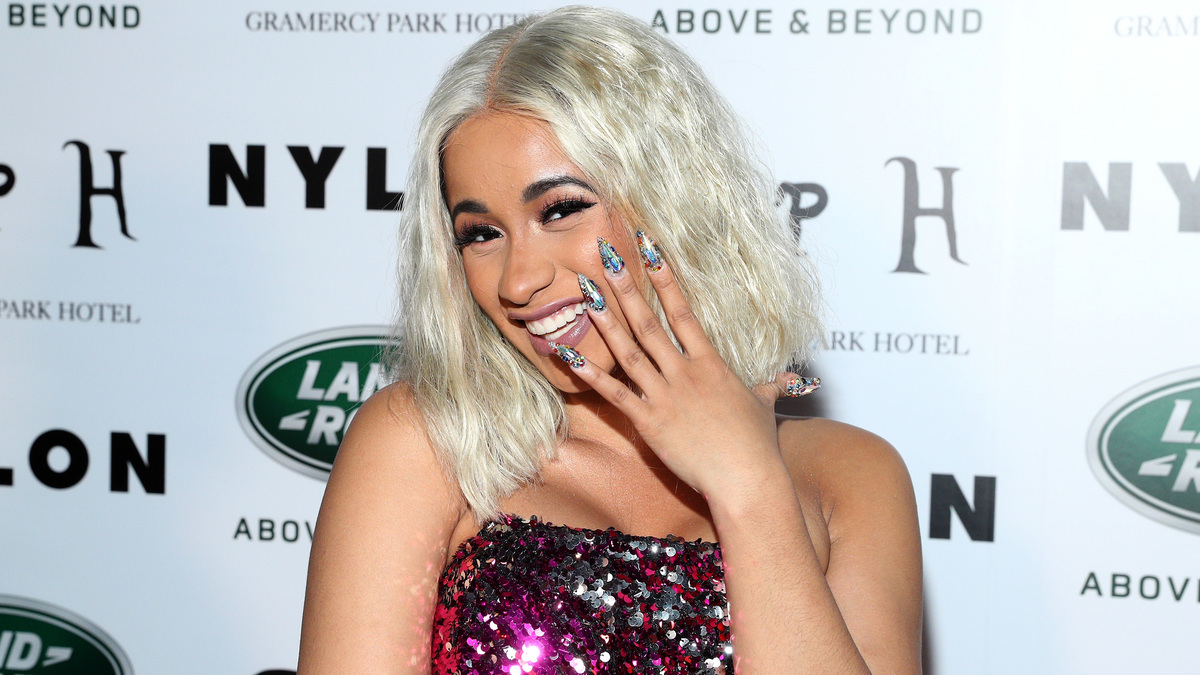 In her rise from the Bronx to the Billboard charts, Cardi B has been many things frequently deemed disposable in the annals of pop culture: an exotic dancer, an Instagram celebrity, a reality TV star. But now there's no denying her place in history. At 24, Cardi B has become the first woman rapper to score an unassisted No. 1 hit since Lauryn Hill nearly two decades ago.

Her late-summer anthem, "Bodak Yellow," bombarded the charts seemingly out of nowhere in recent weeks, clawing its way to No. 2 on the Billboard 100, where it looked like it might remain outdone by Taylor Swift's "Look What You Made Me Do."

But the buzz surrounding Cardi proved too strong, as she burst through this week to become only the fifth female rapper to top the Billboard 100. Since Hill's "Doo Wop (That Thing)" debuted at No. 1 back in Nov. 1998, Lil' Kim ("Lady Marmalade" ft. Christina Aguilera, Mya and P!nk; 2001), Shawnna (Ludacris's "Stand Up"; 2003) and Iggy Azalea (Fancy" ft. Charli XCX; 2014) are the only women emcees to hold the spot, Billboard reports.

It's a significant milestone, and it comes in the same year that Nielsen Music, incorporating streaming data for the first time this year, confirmed that hip-hop/R&B outpaced all other genres in consumption for the first time in its annual mid-year report.

It's also a significant notch in rap's heavyweight belt for women artists, who are often treated as secondary within a male-dominated industry that also loves to pit its top female contenders against one another (as if there is only room for one notable female rapper at a time). Last week, Rapsody released a long-awaited stellar full-length Laila's Wisdom. Cardi B's own major-label debut LP is slated for an October release.

But this is an especially sweet win for Cardi. Coming on the heels of a grind that saw her release two mixtapes — she has yet to release a debut studio album — within six months, it's been a fairy-tale rise from projects to the pop charts for a rapper whose ratchet personality and flamboyant, self-deprecating sense of humor has endeared her to more and more fans along the way.

Two weeks ago, she arrived at Rihanna's Annual Diamond Ball looking like a modern-day Cinderella. But there'll be no curfew on this Bronx belle's chart-topping success.