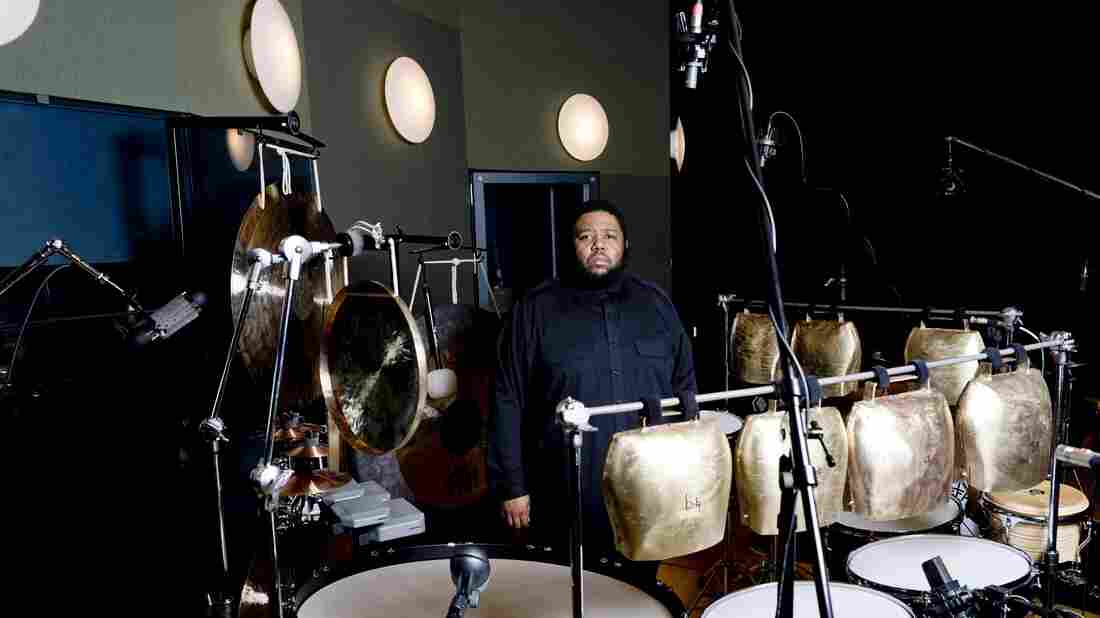 Composer, multi-instrumentalist and educator Tyshawn Sorey, who has been granted a MacArthur Fellowship. John Rogers/Courtesy of the artist hide caption 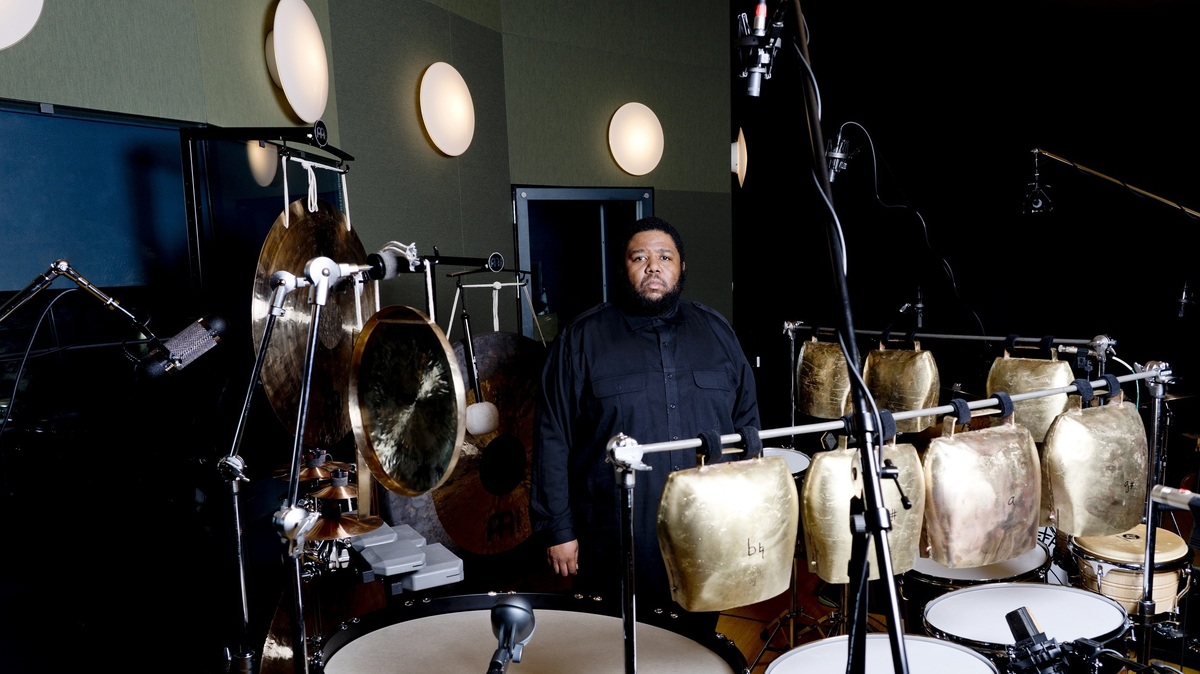 Composer, multi-instrumentalist and educator Tyshawn Sorey, who has been granted a MacArthur Fellowship.

This morning, the latest crop of MacArthur Fellows was announced — the so-called "genius" awards. Sometimes, a MacArthur fellowship is given as a capstone to honor a long, glorious career. But one of this year's winners, Tyshawn Sorey, is just 37 years old.

Earlier this week, I visited Sorey at his office at Wesleyan University in Middletown, Conn., where he began teaching this fall. When we met, Sorey was dressed entirely in black, as he usually is. When he plays, he often wears sunglasses — no matter the time of day or night. That's a stereotypical uniform for a jazz musician. But Sorey seems to wear it because it fits his shy personality.

When we meet, he's known that he was being given a MacArthur fellowship for nearly a month already, but he says it wasn't hard to keep it under wraps. "I'm a very private person anyway," he observes, "so it was it was no problem for me to keep it a secret."

And Sorey definitely doesn't want to be labeled as a jazz musician: He is a composer, drummer, percussionist, trombonist and conductor who has collaborated with a huge range of performers, from the International Contemporary Ensemble to Muhal Richard Abrams, Steve Coleman, Dave Douglas, John Zorn, Roscoe Mitchell, Vijay Iyer and Anthony Braxton, a predecessor at Wesleyan.

His own music ranges from masterful solo drumming to Ethiopian-inflected music for a small group to a song cycle based on the life of Josephine Baker to works for jazz trio. His most recent album, July's Verisimilitude, reluctantly falls into the latter category.

He says that creating his own ensembles, and writing for a variety of types of groups, was crucial to exploring sonic possibilities as a drummer. "For me," he explains, "it just made perfect sense, in terms of my interest in exploring timbre and texture and that kind of thing. In a lot of groups that I played in, when I'm playing more rhythmically busy music, such as — well, I don't like using terms like 'jazz' or whatever, but for sake of the argument, we'll say styles like jazz, R&B, funk, stuff like that — I'm used to playing a lot of very rhythmic music, and a lot of very rhythmically busy music. And while I totally respect the people who play in these genres, and all of the people who I've played with who do this type of work, there were no situations for me to really get to explore the instrument the way I wanted to — which is as a sound instrument, and not as a rhythmic instrument."

Sorey says that in general, labels don't concern him. "I don't have any particular interest in construct, you know, in terms of social construct," he asserts, "like what I'm supposed to listen to as a black kid growing up around the projects in Newark." He listened to everything, from Morton Feldman to Charlie Parker to Public Enemy.

Sorey has always been intensely private, and his childhood revolved around music and school. "Growing up," he recalls, "I've never really gone out and played with other kids or anything or hung out with other kids." He's always been a scholar: After he studied as an undergraduate at William Paterson University in New Jersey, he went to Wesleyan for a master's degree in composition, and then did a doctorate at Columbia University that he finished this past spring, just before joining the Wesleyan faculty.

Much the way an abstract painter is interested in color, shape and form, Sorey says he was always interested in sound. "I wasn't necessarily only interested in rhythm, melody and harmony," he says. "Music is really a manifestation of our life experiences, expressed in sound — melody, rhythm, harmony, all of these things exist together."

Sorey doesn't want listeners to pick apart what he does — what's composed, what's improvised, what genre it all supposedly falls into. "Deal with the mystery of it all," he advises, "because sometimes it's best not to know. Go with how the music makes you feel."

Tyshawn Sorey says that winning the MacArthur is providing him encouragement and the runway to think even bigger: The $625,000 fellowship gives him the freedom to pursue some large-scale projects that have long been a dream.

He adds that the fellowship fills a gaping hole for American artists. "In the United States, just look at where things are right now," he says. "I mean, it's like you hardly get any support for the arts whatsoever. There's virtually no support for the arts, and so groups like the MacArthur Foundation are really great for that."

Moreover, because the fellowship isn't tied to one specific work or achievement, Sorey says that it offers validation for his larger path. "You get it for just being who you are," he says. "I've been recognized for doing something that I truly have believed in, and worked on for the past 20-odd years. It's a blessing."

Note: The John D. and Catherine T. MacArthur Foundation, which awards these grants, is among NPR's financial supporters.