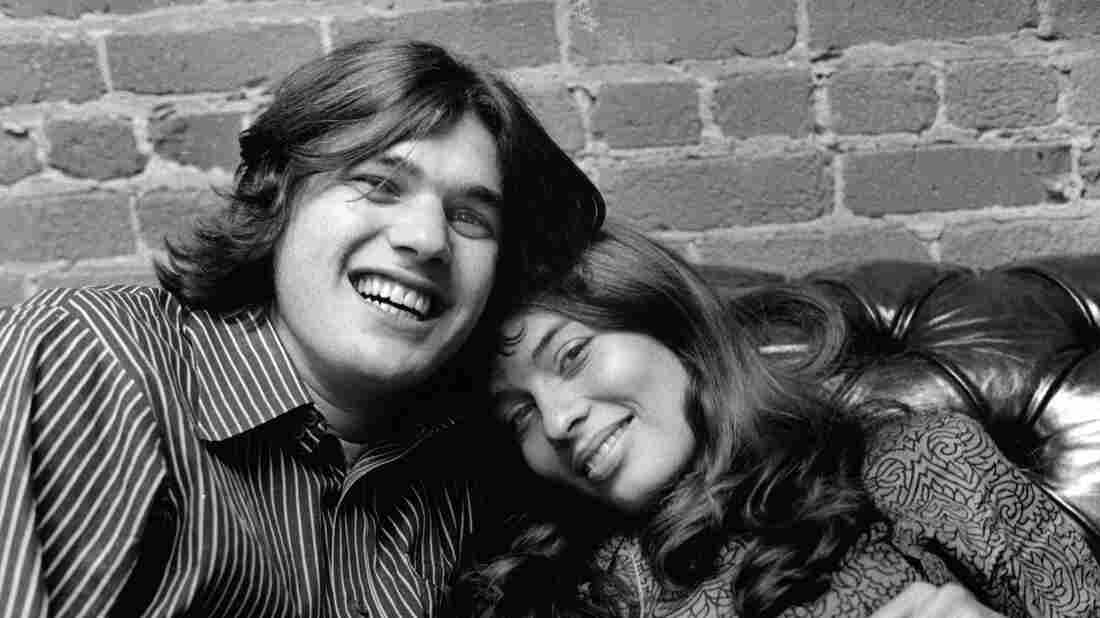 Jann and Jane Wenner at their home on Ord Court in San Francisco, December 1970. Robert Altman/Courtesy of Knopf hide caption 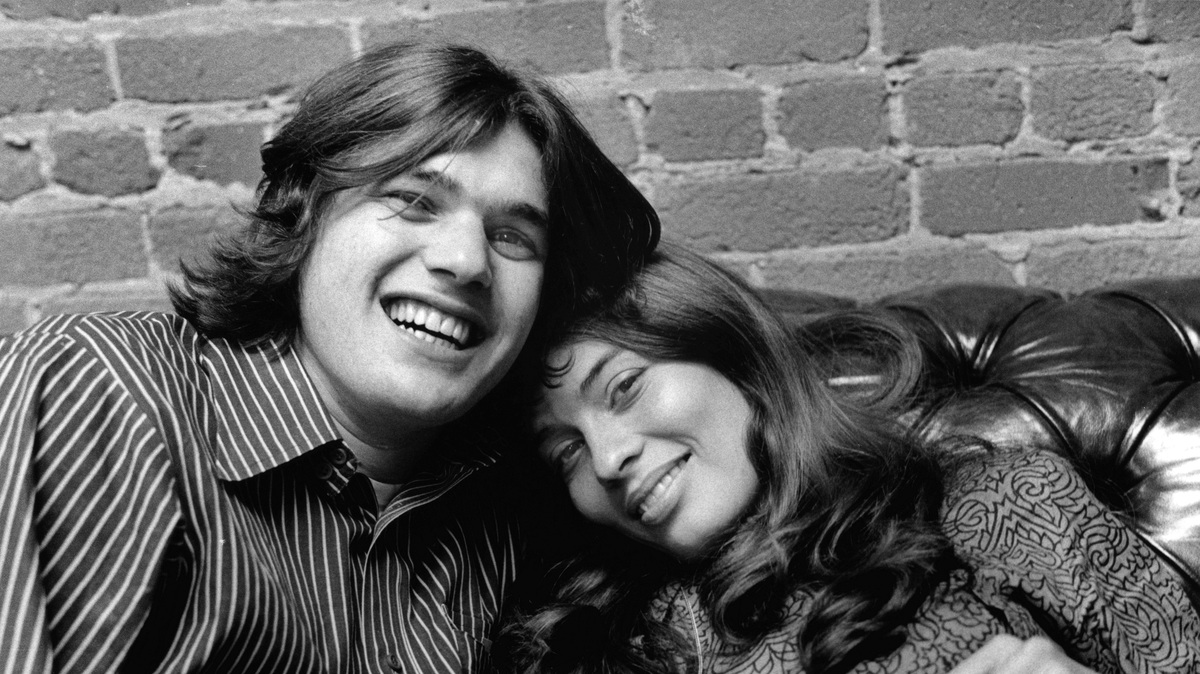 Jann and Jane Wenner at their home on Ord Court in San Francisco, December 1970.

Joe Hagan knew, before he typed out the first word of Sticky Fingers, his new biography of Rolling Stone founder Jann Wenner composed of endless access to Wenner and his extensive archives, and interviews with 240 others, that it would receive little love from its subject upon publication. In the afterword to his book, he describes a "protracted negotiation with Wenner in which he cajoled and charmed and I fretted and wrung my hands." Wenner is, for better and for worse, inextricable from the creation he smelted, cocaine sweat on his brow and gentry funding in hand, amidst the cultural and civic fires of the '60s and '70s. And he's commensurately protective of their shared legacy. At least two previous attempts at this book were scuppered by Wenner, so Hagan — wisely — requested all the access without any of the oversight, not allowing his subject final cut. "The biography would be independent, not 'authorized' in the usual sense," Hagan explains. Wenner is unhappy with the result, and Sticky Fingers goes a long way towards explaining why this was probably inevitable. 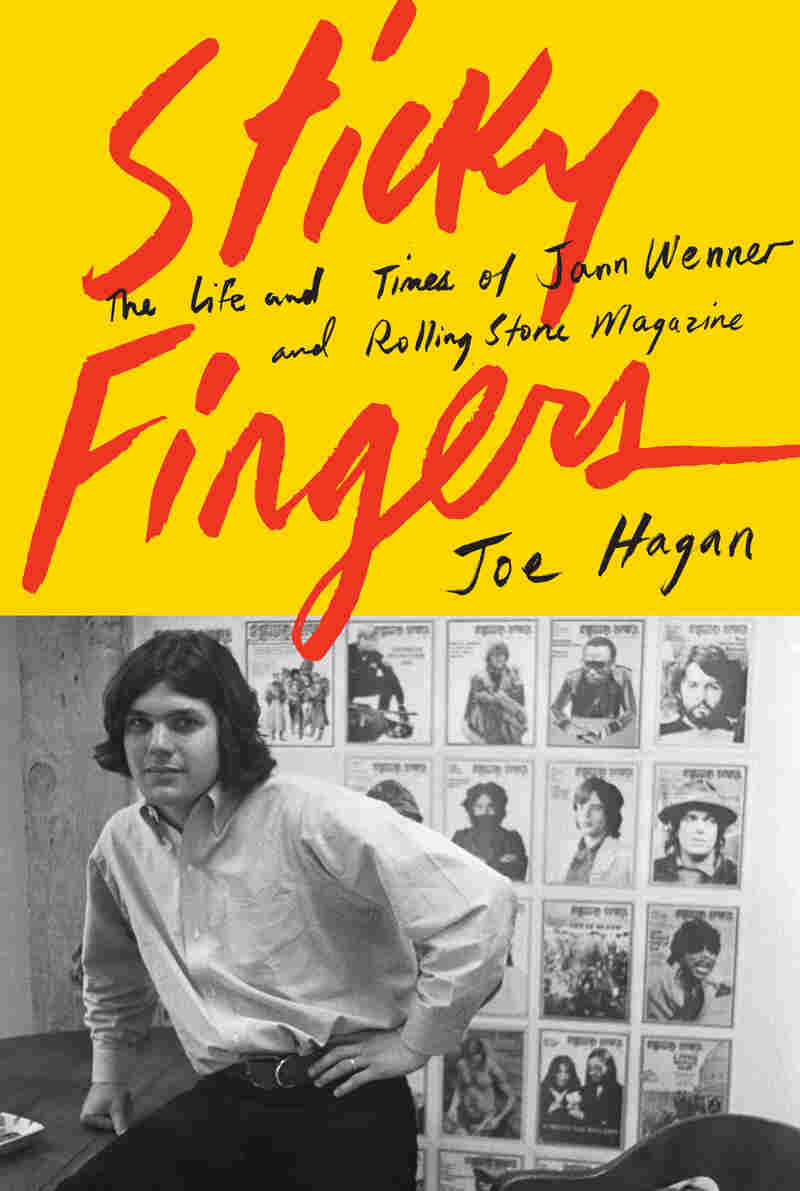 When Wenner threatened to run away from his well-off family as a boy, his mother, Sim Wenner, gave him a rucksack and nickel — "you'll need it," she told him. It was a definitional exchange. After divorcing his father, his mother Sim took custody of his two sisters, leaving Jann to an itinerant, workaholic father. The sharp barbs and detached disdain Sim openly expressed towards the young Jan (he later added the extra "n") osmosed into his own personality; Sticky Fingers is, if nothing else, a testament to Wenner's cruelty, self-mythologizing and narcissism. He wanted to prove himself — she never seemed to care.

Wenner's early years were spent at a boarding school near Los Angeles, allowing his parents to avoid dealing with an uncannily intelligent, inveterately confident and attention-seeking son. It also provided a proximity to money, power and celebrity (one high school classmate: Liza Minnelli) that would define the contours of his ambitions.

After a move back up north and a failed attempt to marry the artist and Haight-Ashbury scenester Denise Kaufman — Wenner prematurely, and tellingly, began planning the wedding with help from his mother — he met and began dating a woman named Jane Schindelheim. Characterized by Hagan as above the manic fray of the hippies that surrounded her in San Francisco (though never above dipping into their drug stashes), Jane was a refined New Yorker whose taste and magnetism would be as key to Rolling Stone's success as Wenner's elephantine ambitions. Her father's investment in Wenner's nascent newspaper, which crucially endowed Jane with an ownership stake in the company, gave Wenner the capital he needed as he attempted to become the next William Randolph Hearst.

Describing his falling in love with a man and subsequent break from Jane in the mid-'90s, Wenner probably encapsulates himself most elementally: "Like everything else I'd done, it was impulsive and guided by some sense of what's right and what's good for me. I'm not a person who plots things out and thinks things through and judges all the consequences. I do what makes me happy and feels good and makes other people happy. Just go. Just feel it. Go with it."

Launched in October, 1967, Rolling Stone wasn't established to be a hard-hitting journalistic enterprise, or a place where artistic quality was paramount in the things it praised (Neil Young and Joni Mitchell's seminal albums were panned or ignored, for example), despite the enduring impact it would have on both, through the self-referential work of Hunter S. Thompson and the New Journalism of Tom Wolfe and the long line of influential critics that came through its doors. Wenner aimed Rolling Stone towards capitalizing on a youth movement while also serving as a clearinghouse for Wenner's social and cultural obsessions — particularly The Rolling Stones, The Beatles, sex, marijuana and Bob Dylan, roughly in that order.

According to Hagan's picture, it was a place where famous subjects were given line-edit approval of their interviews ("standard operating procedure for Wenner's chosen stars") and where those who had wronged Wenner personally were hung out to dry. (Typical: Paul Simon, who had a tryst with Denise Kaufman, later received little or brutal coverage in the pages of Wenner's magazine. "When Wenner heard about the affair, he seethed with jealousy, generating an animus against Paul Simon that lasted for years to come." Simon declined to be interviewed for the book.) Advertisement deals with record labels often defined the magazine's coverage and its lack thereof. Stays at ski chateaus exchanged for pages. In other words, the mechanisms of the bourgeoisie were as present at this countercultural bible as they were on Capitol Hill.

Rolling Stone was defined and driven by Wenner and his various emotional and social requirements — of money, status, propinquity to power. In the case of the New Left: "... if Wenner disapproved of the revolution, he also saw that it made for great copy, and he was willing to shift with the climate." A seminal issue of the magazine addressing the political turmoil of this new generation was, "according to every staffer available to be interviewed, assembled entirely without Jann Wenner." Wenner tells Hagan he conceived of the whole thing, tipping off the hagiography he would apply to the rock culture he helped shepherd. When the magazine began earnestly reporting the debacle of Altamont, The Rolling Stones' disastrously free 1969 concert that descended into violence and ended in death, he hammered the band's culpability in his pages — which came after Wenner cultivated a business relationship with Jagger in order to stave off trademark lawsuits. Hagan describes his motivation not as sharing the truth but as "an alchemical mix of petty business grievance and self-preservation," with Wenner nailing "Jagger's hide to the wall with vindictive aplomb" for having run into the ground a British version of his not-yet-off-the-ground magazine.

That claim by Wenner seemed to serve as a fulcrum for Hagan's estimation of him, sold here as a supreme bulls****** and "starf*****" (a word used often in Sticky Fingers — for the first time on the book's second page), his many foibles and backstabs documented under a harsh, page-turning light. But there are also things only hinted at that appear undersold. Principally, Wenner's editorial sensibilities. Both Tom Wolfe and Hunter S. Thompson cite him as one of the best editors either ever worked for and when his edits and marginalia are shared, they're insightful and driven by empathetic calculation — not just calculation. The mechanisms of the magazine's success were a group effort, but those gears were turned by Jann. It's work that receives scant mention here. And as always with Wenner, a devil's advocate presents itself eventually, in the form of Wenner arbitrarily slashing freelancer's payments, knowing they would do nothing to stop him.

And the drugs — crackling Christ, the drugs. His formative years, the years in which he became famous and rich and his social circle began to reflect that evolution, were so bombed-out it's a miracle anyone made it out alive, much less the frenetic bull at the center of it all. These appetites often sound apocryphal in retrospect, the exaggerations of nostalgia. But to hear Hagan tell it, LSD (the San Francisco years) and cocaine (the New York years) were as intrinsic to life at the magazine as paper and typewriters. It feels as though every page, for hundreds of them, features a scene driven by consumption. Wenner and Thompson's snorts, before jointly interviewing presidential contender Bill Clinton, came after Wenner had mostly given them up. Hagan says it was done in citation of the good old days, which is telling.

Second only to drugs in frequency here is Wenner's amorphous sexuality; an agreement with Jane after their marriage had both chasing paramours of whatever gender across the country and through the ages, young bodies and talented bodies, damaged ones and tender ones. His closeted homosexuality is presented to readers as a central struggle in Wenner's mind — and maybe it was — but his affairs, whichever of them, don't seem to have bothered him much. He expresses little hand-wringing over not living his truth, and in fact seems to have reveled in the exploits his secrecy afforded him. Regardless, of course, of their effect on the other person — and of Jane.

For some years now, Rolling Stone has held a tenuous grasp on its own identity. It has downsized its physical magazine format and struggled to establish any cultural primacy in a digital age largely maligned by its founder. ("There's a level of importance to having [journalism] in a magazine still," Wenner told Hagan.) His son, Gus Wenner, was appointed to head the magazine's website and is now running the company as a whole. That Sticky Fingers, a 507-page book, spends just upwards of 50 pages on the years between 1990 and 2017 (many of those examining the epilogue to the Rock And Roll Hall Of Fame's founding and 1995 museum opening — surprise, backs were stabbed) is darkly illustrative of Wenner and his magazine's fading importance in the post-classic phase of rock. These final pages are also, by virtue of Wenner's and Rolling Stone's waning importance through those years, the book's least compelling. It's clear that Wenner barely read "A Rape on Campus," the debunked 2014 article which would leave Rolling Stone's journalistic integrity a shambles and cost millions of dollars in settlements.

Wenner, through Hagan and in his own estimation, was a surrogate for rock 'n' roll and a divining rod for its future. He presided over, and encouraged, the slow bleed of idealism from the counterculture and siphoned rank capitalism into it. At times it feels like Hagan can't forgive him for it. The switch was, we learn, pretty much Wenner's plan, or at least hope, all along.

Rolling Stone and Jann Wenner planted themselves at the center of music and from it came New Journalism, the deification of John Lennon and Bruce Springsteen, countless household names (Annie Leibowitz, Hunter S. Thompson, Tom Wolfe, Greil Marcus, Matt Taibbi, Cameron Crowe, to name a very small few). But the ambition of Wenner and of rock 'n' roll seems to have led to an erosion of hope in both. They came of age in tandem, amidst a looser time, with more cracks in the road of possibilities for lovely new worms to crawl out of, and for money trees to germinate beneath. Those trees eventually grew tall, bending the street around their fissures and growing into domineering, obstinate oaks. There's no tragedy in that, maybe, except to reiterate a lesson we already know: Most people aren't anywhere near the steering wheel of this world — and those who are aren't planning to pick us up on the way to the Gulfstream. Wenner's genius then, lies in having convinced us he might.