Accessibility links
Several Accuse FYF Fest Founder Of Sexual Assault After Goldenvoice Cuts Ties : The Record Sean Carlson, who began FYF Fest in 2004, was accused of sexual assault by four women two days after Goldenvoice, the owner of Coachella, abruptly cut its ties with him. 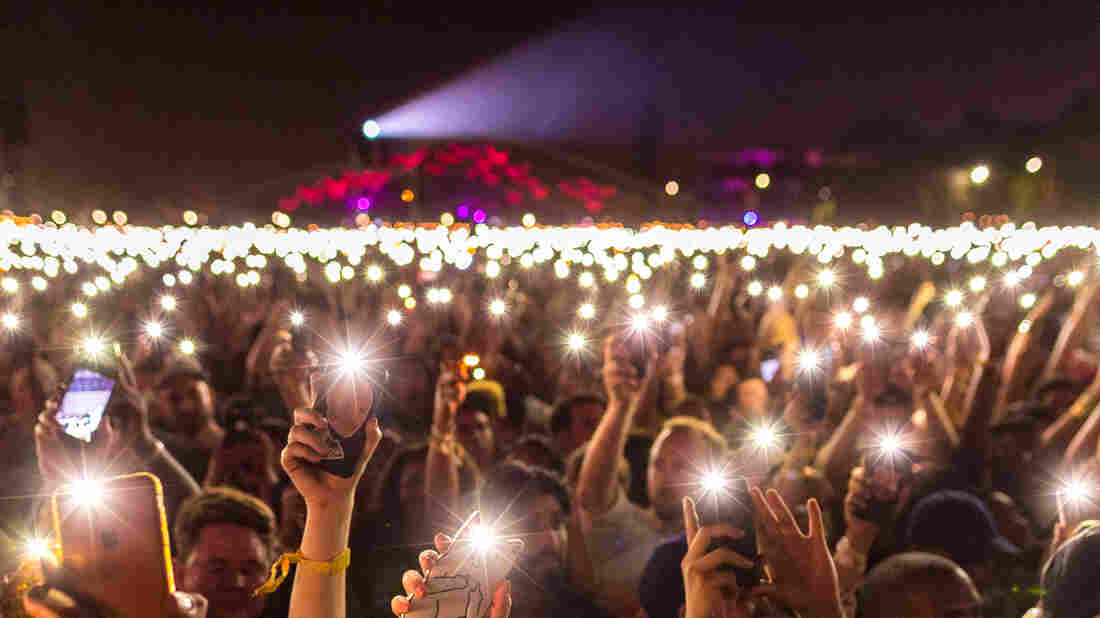 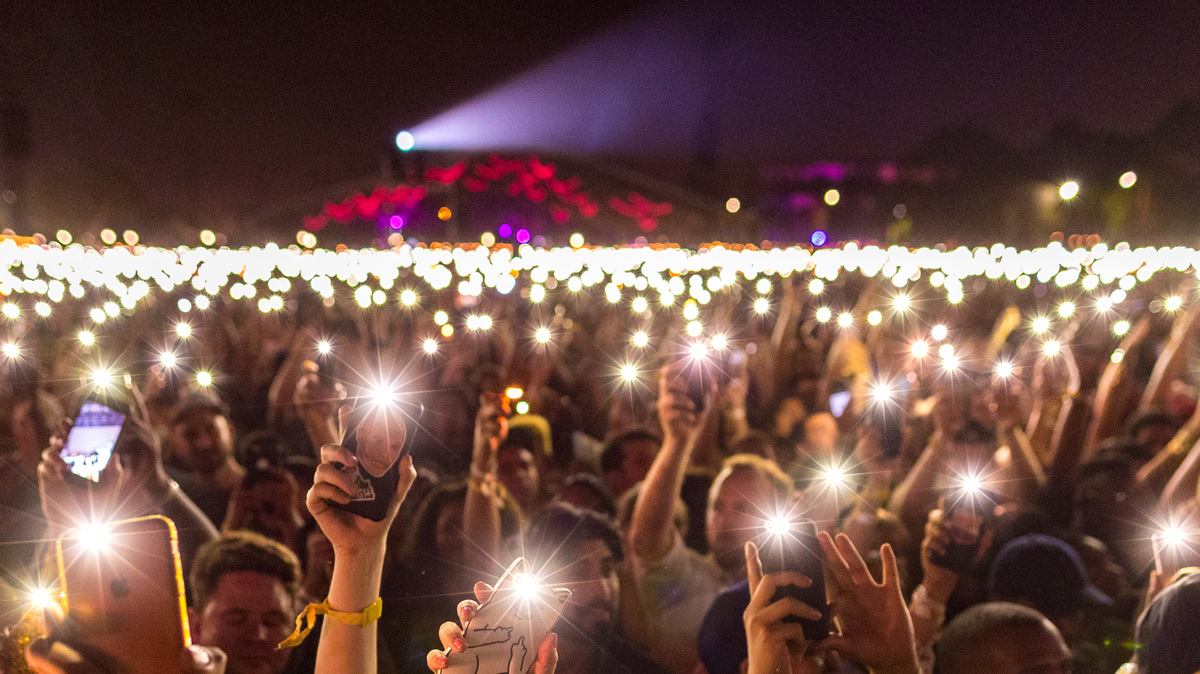 The crowd during the 2017 edition of FYF Fest 2017, held at Exposition Park in Los Angeles. The festival's production partner, Goldenvoice, cut ties with FYF Fest founder Sean Carlson just preceding accusations of sexual assault and harassment against him.

Goldenvoice, the foremost music-festival production company in the world, announced Monday it was severing all ties with Sean Carlson, founder of the Los Angeles-based FYF music festival. "Effective immediately," Goldenvoice president and CEO Paul Tollett wrote in the memo, which was obtained by the Los Angeles Times.

In 2011, Goldenvoice struck a production partnership with FYF Fest, which had experienced substantial growth and the pains that come with it.

The move preceded allegations of sexual harassment and assault against Carlson, including one described to NPR that dates back to 2010.

Given FYF's success as one of the few remaining independent festivals, Goldenvoice's decision to drop Carlson came as a surprise to many when it was announced Monday. Attempts to reach Carlson weren't successful, and multiple requests for comment and clarification from FYF Fest were not returned. Multiple requests made Tuesday and Wednesday for clarification and further information from Goldenvoice were not returned.

In a statement on Facebook, Carlson acknowledged a history of harassment and apologized, writing that he lays fault "at no one's feet but my own. I am ashamed by how I acted and feel terrible for the pain that I have caused."

Carlson founded FYF Fest, originally F*** Yeah Fest, in 2004 as a small, punk-heavy festival held at the small venue The Echo in Los Angeles. From there, it retained its genre focus but slowly expanded to other venues around the city, eventually drawing coverage from The New York Times in 2008. In 2009, the festival graduated to Los Angeles State Historic Park in the Chinatown neighborhood of the city, a move which caused some growing pains for the still-nascent event. The following year, FYF Fest had expanded beyond punk, booking bands with wider appeal, like The Mountain Goats and Panda Bear. The Los Angeles Times referred to that year's edition as "the most frustrating" concert experience in recent memory. Its partnership with Goldenvoice saw FYF Fest benefiting from the company's experience operating one of the most successful music festivals in the world, Coachella. Attendee estimations for FYF Fest, as well as general opinion of the experience, grew with each successive year.

In an article published by Spin Wednesday afternoon, Carlson admits to some of the accounts and disputes the details of others.

One of Carlson's accusers, Natasha Ryan, recounted one incident from 2010: She was hired as a freelance photographer, covering the anniversary celebrations of a record label in Las Vegas. After the concerts had ended, Ryan was told of an afterparty at the Palms. It was "filled with publicists, record label people, industry people, bands," Ryan told NPR in a phone interview. While in the suite's hot tub, Ryan "noticed someone came up behind me and tried to start undoing my bra ... I swatted him away. And he came back minutes later, and I swatted him away again. I didn't know who Sean was at the time. Later on that night, a couple hours later, I was waiting by the bathroom and Sean came up to me again and started kissing me, grabbing me, and I was pushing him off. I didn't know who this person was. Then he started trying to pull me into the bathroom, but I was able to break free from him. He's grabbing my arm, trying to drag me into the bathroom, and he said: 'But you're too cute to not make out with.' I said no. That quote still rings in my mind." In his statement to Spin, Carlson disputed their description of Ryan's account of this incident, claiming it contained "serious misstatements and omissions" without giving more detail. Ryan also wrote of the alleged assault in Las Vegas in 2016 on a blog, "The Industry Ain't Safe," created as a resource for women working in the music industry to share stories of abuse and harassment.

Since its representatives have not responded to requests for comment or issued a statement on the allegations — or on Goldenvoice's decision to end its relationship with Carlson — what will happen to FYF Fest is unclear.

The ouster of Carlson and his statement of contrition arrives in the midst of a torrent of allegations of sexual harassment and abuse against powerful men, as well as a re-evaluation of how those allegations are received and dealt with. In this "post-Weinstein" moment, the dynamics and exercise of power are being re-examined, with swift and severe consequences for many prominent men.

The case of Brand New singer Jesse Lacey over the past weekend and Louis C.K. late last week are two of the most recent examples of this shift. Many have been ousted from their jobs, including former head of news for NPR Mike Oreskes and Amazon Studios head Roy Price.

Employers are reforming the mechanisms for complaints of sexual harassment and abuse within their companies — and oftentimes, as in the case of NPR, concluding that those mechanisms fell short of their intent. It's a conversation and re-examination that is only beginning.