Accessibility links
2,000 Women From Swedish Music Industry Sign #MeToo Letter : The Record The women shared shocking stories of disrespect and physical abuse. Seemingly unrelated, a leading executive from one of the country's largest labels was suspended shortly after. 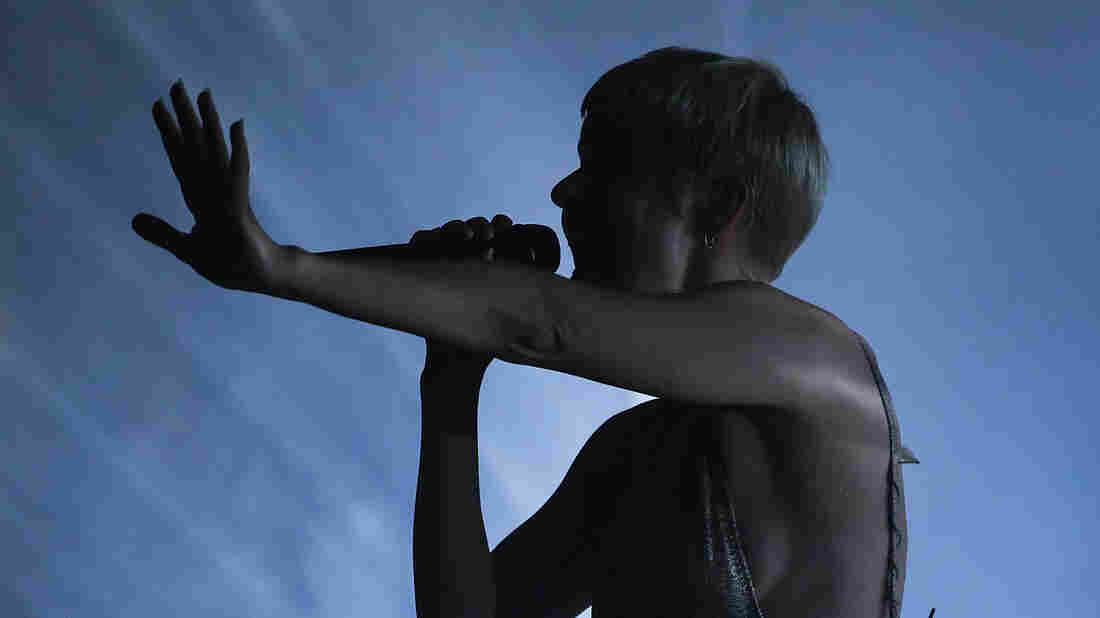 Swedish singer Robyn, performing in Boston. The pop star was one of thousands who signed on to a letter excoriating sexual harassment and abuse in the music industry. Natasha Moustache/WireImage hide caption 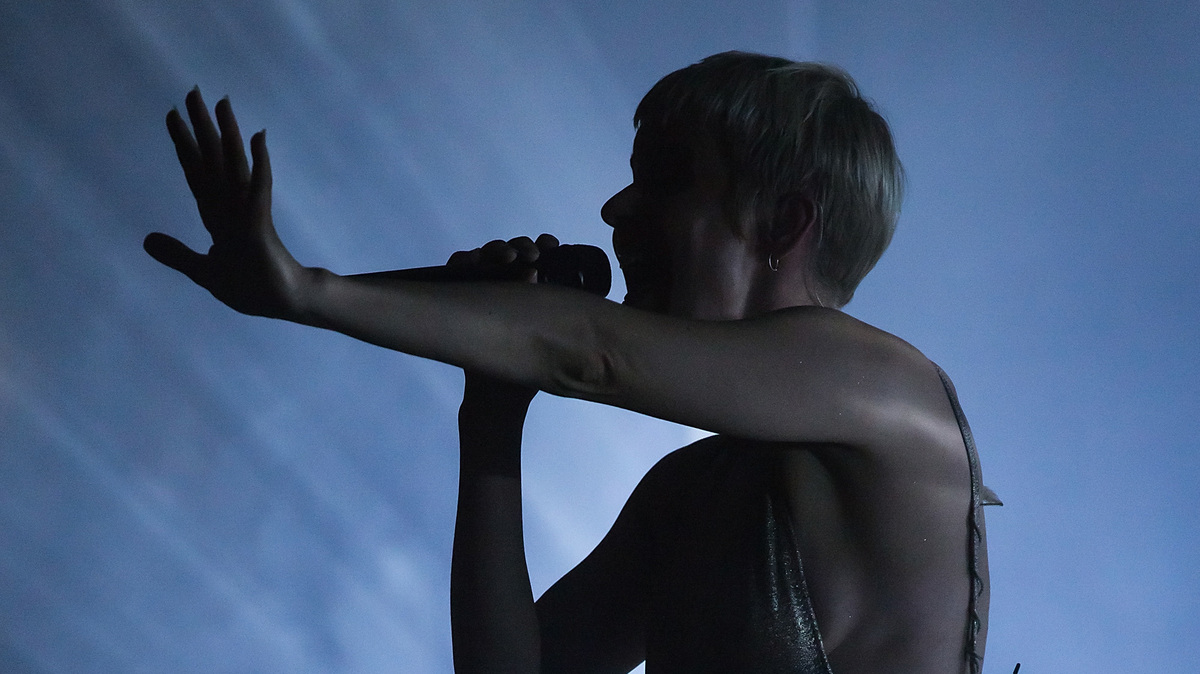 Swedish singer Robyn, performing in Boston. The pop star was one of thousands who signed on to a letter excoriating sexual harassment and abuse in the music industry.

So concludes a letter, part of the #MeToo campaign addressing and confronting sexual harassment and assault in the workplace and beyond, signed by more than 2,000 women within the Swedish music industry. They work for companies big and small, including major and independent labels, promoters like Live Nation, the streaming service Spotify (which was founded in the country) and high-profile artists like Robyn and The Cardigans' Nina Persson. The letter and the list of signatories was published over the weekend by the Dagens Nyheter newspaper.

It includes nine stories, submitted anonymously and without naming the perpetrators involved, describing experiences of deeply disrespectful and demeaning treatment and of harrowing sexual violence, including rape. It claims to have gathered hundreds more while collecting signatures. The stories "describe things that happen every day," it reads.

"The people who reproduce the culture of silence," it continues, "and make sure it is kept in place, are the same men who sit on TV programmes, in t-shirts with feminist aphorisms written on them, or who set quotas for how many female artists should be booked to play at big festivals.

"The discrepancy between words and actions is enormous, and the values and policies, which are decided in the industry concerning sexism and equality, are all nice words on blank papers."

The letter was the result of a closed Facebook group with around 3,000 women members and initiated by women in the Swedish music business.

First Aid Kit, the Swedish duo of sisters Klara and Johanna Söderberg who added their names to the letter, say the letter is directed at global power structures, regardless of industry. " This problem isn't unique for Sweden or the music industry," they write in an email to NPR Music. "This is a global structural problem that needs to change. We hope we can inspire women in all industries to speak out against sexual harassment. We already know of other countries who are working on their own letters."

To that end, the sisters write that a response from the International Federation of the Phonographic Industry, a global recording industry trade body, is "creating a plan of action. They want to support the victims, making it easier to file police reports and get legal advice. Hopefully this will lead to a major change in the industry."

Immediately following the letter's publication, though seemingly with no direct connection to it, an executive from the Swedish division of major label Warner Music Group was placed on leave following allegations of sexual misconduct by ten women, as reported by Aftonbladet. Warner Music Group provided this statement when reached for comment: "We have a code of conduct regarding harassment of any kind and these allegations are being treated very seriously. We have suspended the individual concerned while a thorough independent investigation is conducted. We've also held an internal meeting in Stockholm to reiterate to our team the avenues available to make any complaints and how carefully and swiftly we will respond."

While unnamed for now, the executive is the first from a major music company to be placed on leave since the Harvey Weinstein revelations, which many see as a turning point in how sexual harassment and assault allegations are received and dealt with.

The accounts now arrive daily. As this story was being written and edited, Evan Stephen of the band Pinegrove posted a lengthy missive to Facebook in which he admits to "sexual coercion," also announcing his band was canceling its upcoming tour.

Just yesterday, veteran television presenter Charlie Rose was fired by CBS and New York Times White House correspondent Glenn Thrush was suspended from his job in the wake of accusations of sexual misconduct. One senior news executive for NPR, Mike Oreskes, was fired following accusations of inappropriate behavior towards colleagues, while another, chief news editor David Sweeney, was placed on leave pending an investigation.

"Victims of sexual harassment and assault have many times been made to feel shameful for what has been done to them," the Söderbergs write. "We need to put the shame back where it belongs, which is with the perpetrators and the people protecting them. We will no longer be silent. We will listen to and support each other fully. Together, we are strong."

Updated 2:06 p.m., Nov. 21 with additional information about the letter's organization and quotes from First Aid Kit.