Accessibility links
Jonghyun, Star K-Pop Producer And Singer, Dead At 27 : The Record The singer first gained famed in 2008 as a member of the boy band SHINee, before going on to write and produce songs for himself and others. 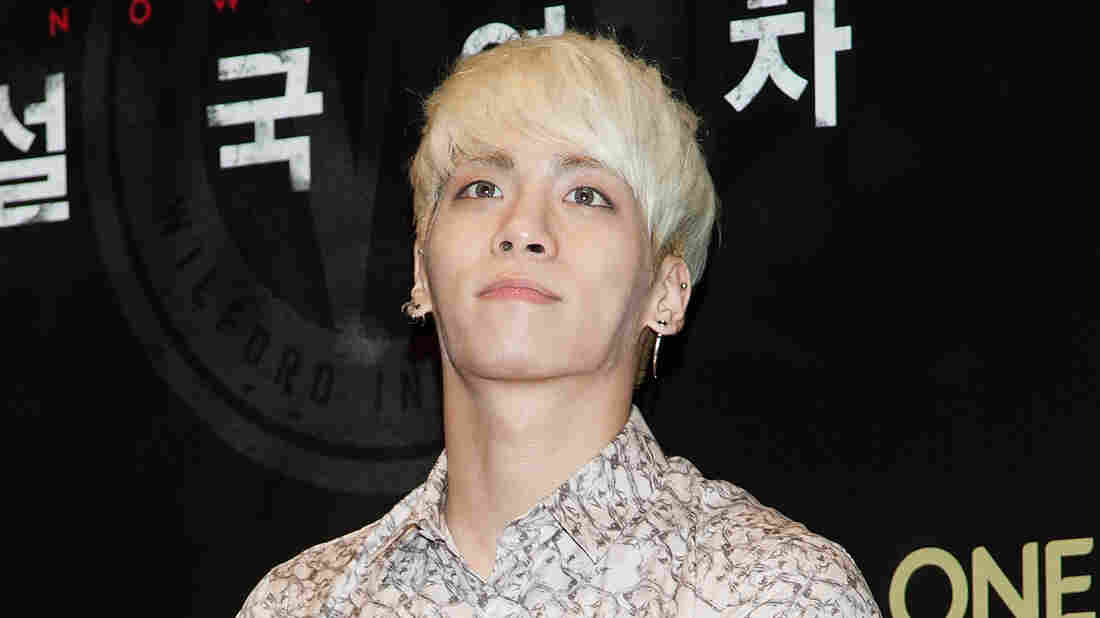 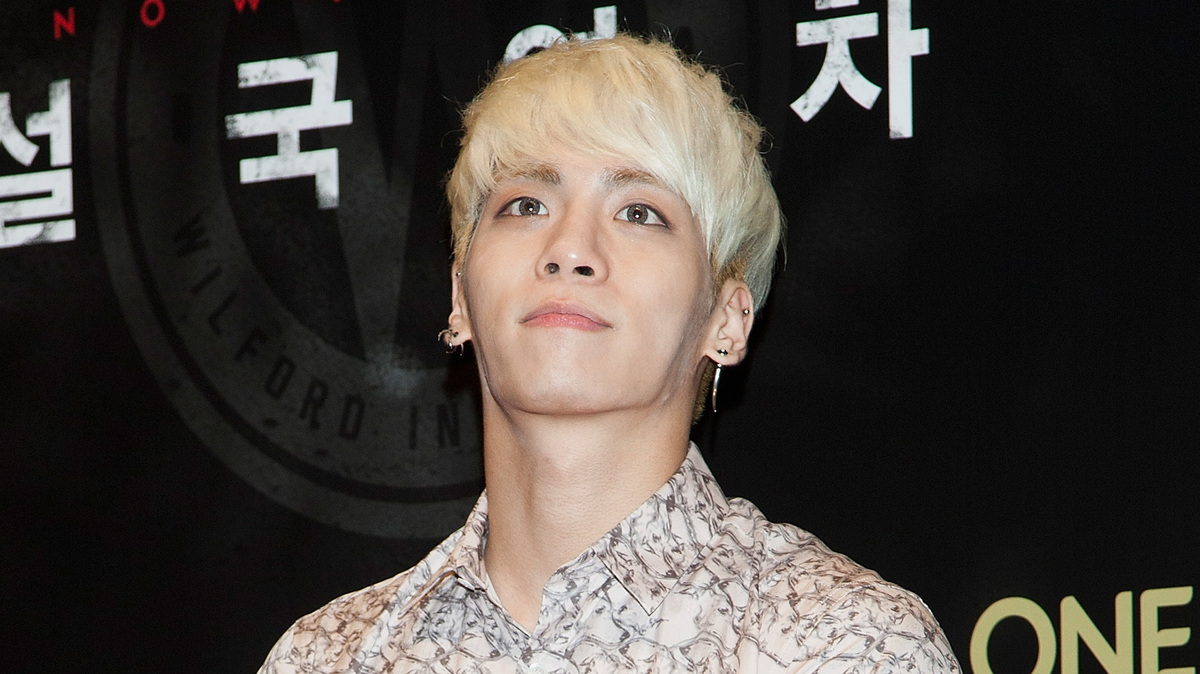 Kim Jonghyun, a South Korean singer-songwriter-producer and a member of long-running boy band SHINee, died Monday morning after being found unconscious in a residence hotel in the Cheongdam-dong neighborhood of Seoul's Gangnam district. The singer was taken to a hospital where he was pronounced dead. His Korean record label and management agency, SM Entertainment, confirmed the news. The cause of death has yet to be established but is suspected to be suicide, due to the reported presence of a burning coal briquette at the scene, suggesting a carbon monoxide–induced death. He was 27.

Whether with SHINee or releasing music as a soloist, Jonghyun was able to top the charts and successfully tour both in his native South Korea and abroad in countries like Japan and the United States. Since their 2008 debut, SHINee was consistently one of Korea's top-selling acts, moving more than 172,000 copies in Korea of their 2015 album, Odd. The band has also played sold-out shows in Seoul's Olympic Gymnastic Arena and the Tokyo Dome. While most boy bands around the world tend to show their age after a few years together, SHINee was going strong, recently scoring a No. 1 single — 2015's "View" — that helped usher in the UK-house sound to the K-pop scene. Its members have also had successful solo projects in radio, acting, fashion, hosting as well as other music endeavors.

The 27-year-old's passing highlights South Korea's alarming suicide rate, which an October 2017 report from the Berkeley Political Review says claims the lives of 40 people every day and is the fourth-most common cause of death in the country. South Korea is the only member of the Organisation for Economic Co-operation and Development (that includes the United States, England and Japan) to see suicide rates increase since the '90s, attributed at least in part to the high-pressure culture in education and work, with long hours working or studying considered the norm, as well as South Koreans beings the world's largest consumers of hard liquor.

While the world of Korean-pop music, better known as K-pop, has evolved into a more robust industry in the last few years, things were not as stable when Jonghyun and SHINee debuted, in May 2008, at which time most acts were considered to have a five-year expiration date. SHINee — consisting of Jonghyun, Onew, Taemin, Key and Minho — hit the scene with the R&B-inspired single "Replay," the latest act under SM Entertainment to continue that company's legacy of cultivating chart-topping boy bands that were increasingly finding success beyond Asia.

The quintet became increasingly recognized for their vocal skills and synchronized choreography, while trying out a range of different genres and styles through the years. This included K-pop's first-ever "hybrid remix" release in 2012, the single "Sherlock," which blended album tracks "Clue" and "Note" into one. It was named Rolling Stone's 12th greatest boy band song of all time, the highest for any Asian act on that list.

In 2016, SHINee talked about the reasons for their enduring collaboration in Los Angeles. "We respect individual boundaries and personal space," Jonghyun told Fuse TV. "Not only emotionally, but as well as physically. Giving each other space is helping us be more professional when it comes to our teamwork."

SHINee was a headliner at last year's iteration of KCON Los Angeles, the world's largest K-pop convention and festival, playing to more than 26,000 fans at the Staples Center for a two-day concert that featured fellow groups BTS, Twice and Girls' Generation, all of which have drawn stateside attention. SHINee last visited America in March earlier this year, hitting Dallas and Los Angeles as stops in their SHINee World V tour.

While Jonghyun had flexed his skills as a songwriter with his group (including co-writing the band's 2009 single "Juliette") and for other artists (including writing and producing "A Gloomy Clock" for K-pop superstar IU in 2013), he made his official debut as a soloist with his EP titled Base in January 2015. The record hit No. 1 on Billboard's World Albums chart — which ranks the best-selling world-music releases of the week — and set the stage for his experimental, synth-pop–heavy 2016 full-length album She Is as well his The Collection: Story Op.1 and Story Op.2, which served as compilations of previously unreleased self-written and produced songs.

Jonghyun's signature, piercing vocal style was instantly recognizable with his chilling belt leading off the single "Tell Me What to Do," SHINee's most recent release, from November 2016.

The K-pop community — which thrives within social media platforms like Twitter, Tumblr and Amino — has come together to mourn the loss as well offer comfort to Jonghyun and SHINee fans. After the news hit, popular hashtag #StayStrongShawols began trending on Twitter as users tried to comfort SHINee fans, known as Shawols. Users shared different images of different fan groups expressing their concern and condolences for Shawols, SHINee and Jonghyun himself, highlighting how personally close so many felt towards a singer who had spent a decade dazzling audiences that reached far beyond his native South Korea.