Accessibility links
Reggie 'Combat Jack' Ossé, Hip-Hop Journalist And Podcaster, Dies At 53 : The Record Entertainment lawyer-turned-hip-hop podcaster Reggie Ossé started his interview show, The Combat Jack Show, on a lark, but it turned into an essential document of rap in the Internet age. He was 53. 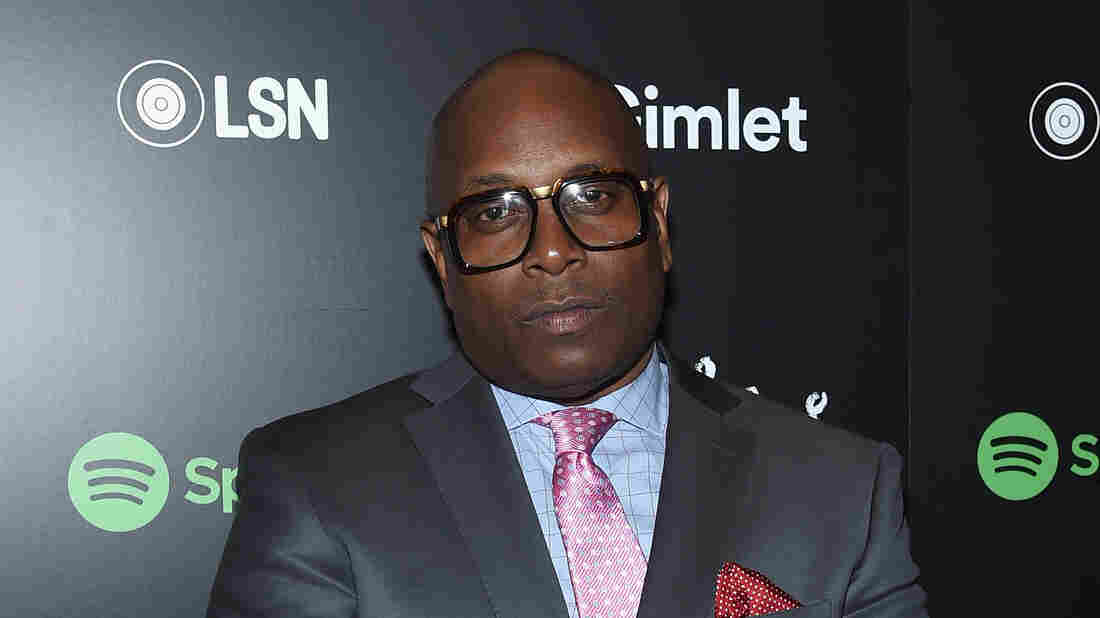 Reggie "Combat Jack" Ossé attends the Spotify Mogul launch party in May 2017. The hip-hop personality has passed away at the age of 53. Jamie McCarthy/Getty Images hide caption 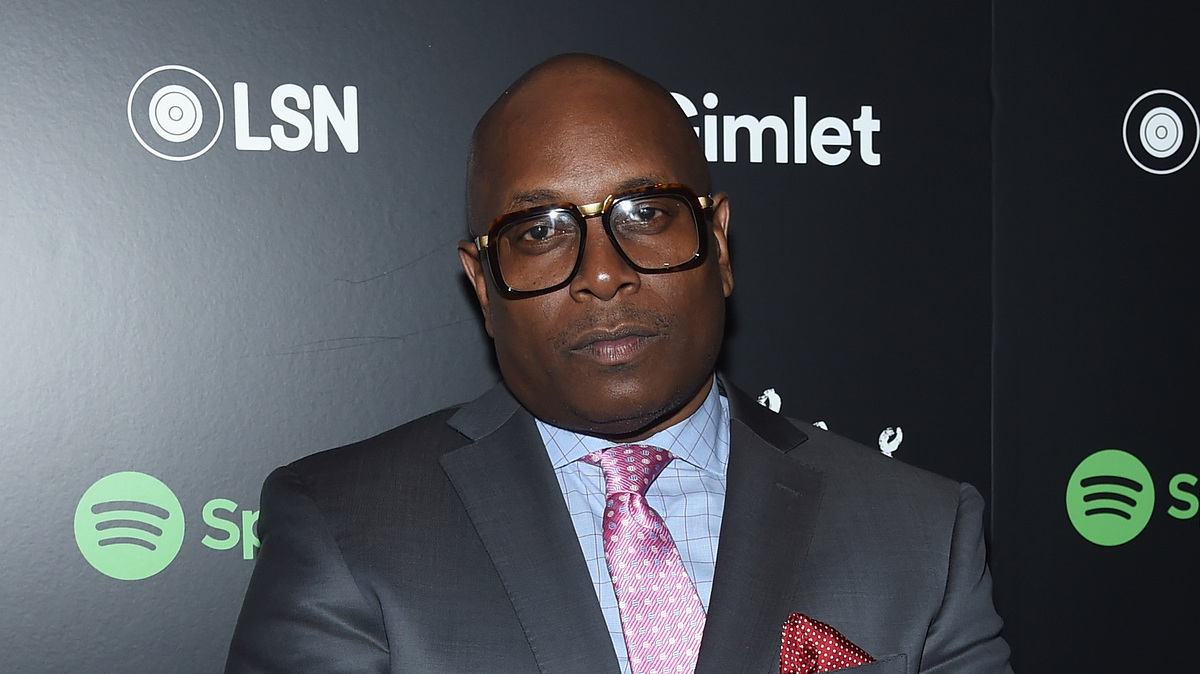 Reggie "Combat Jack" Ossé attends the Spotify Mogul launch party in May 2017. The hip-hop personality has passed away at the age of 53.

Reggie Ossé, better known to the hip-hop world as podcast host Combat Jack, has passed away from colon cancer. Chris Morrow, Ossé's friend and his co-founder of Loud Speaker Networks, confirmed his death, telling NPR that he died this morning at Mount Sinai Beth Israel Hospital in New York. Ossé was 53 years old.

In October of this year, Ossé shared that he had been diagnosed with an aggressive form of colon cancer with his fans online.

Ossé was born and raised in Brooklyn. Before Combat Jack, he worked as music attorney, representing the likes of Jay-Z and Capone-N-Noreaga during the fledgling stages of their careers. In 2009, Ossé switched from entertainment law to entertainment journalism. He would go on to work for MTV Networks before launching his own Internet radio show titled The Combat Jack Show in 2010.

The Combat Jack Show started on a lark — with a crazy crew of sidemen including Dallas Penn, Premium Pete, an occasional Just Blaze, DJ Benhameen and producer A-King — on its way to becoming a pioneering hip-hop podcast. The show scored some of the rarest and rawest hip-hop interviews of an era when rap's center of gravity started its move toward the Internet. Ossé was able to get gems out of otherwise reserved or reclusive rappers by employing a type of interview style many emulate today. From Scarface playing guitar live and proclaiming his love for Pink Floyd to Prodigy detailing his own childhood kidnapping to J. Cole telling the story of how he wanted to sign Kendrick Lamar, listeners knew they would always get something special out of a Combat Jack interview.

'Mogul': Even In Death, Chris Lighty Takes Hip-Hop To Another Level

Ossé co-founded the Loud Speakers Network, a family of podcasts, in 2013. Before his passing, Ossé produced and hosted groundbreaking podcast Mogul: The Life & Death of Chris Lighty earlier this year. Produced in conjunction with Gimlet Media, the series about the life and death of the notable hip-hop industry executive Chris Lighty became hip-hop's first serial narrative podcast when it debuted on Spotify. "For Reggie to bring back the legacy of my brother Chris through the Mogul series was monumental for me and the culture of hip-hop," Chris's brother Dave Lighty tells NPR.

In an interview with NPR Music earlier this year, Ossé explained why he felt it was necessary to champion Lighty's work ethic and accomplishments.

"Our culture is so rich — not just in hip-hop but [black culture]," Ossé said. "We have been the creators of culture since we hit this land. Let's look beyond the parameters that we already know and just really try to expand the dimensions of telling our stories."

A previous version of this story stated that Ossé was 48 years old at the time of his death. He was 53.