Accessibility links
U.K. Campaign Against Sexual Assault, Discrimination The Latest In A Growing Movement : The Record The campaign, Stop2018, has four simple requests it wants to see enacted in the coming year in order to make the country's music industry more equitable for women.

U.K. Campaign Against Sexual Assault, Discrimination The Latest In A Growing Movement

U.K. Campaign Against Sexual Assault, Discrimination The Latest In A Growing Movement 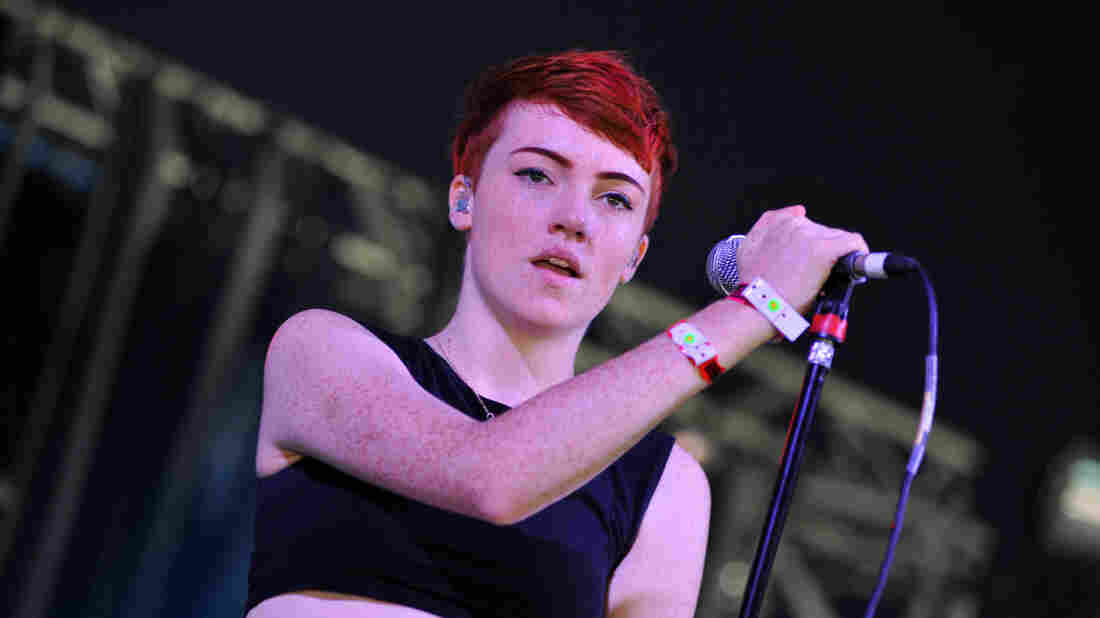 Chloe Howl performing in 2013. The singer was one of four women from the U.K. music industry to launch the Stop2018 campaign. C Brandon/Redferns via Getty Images hide caption 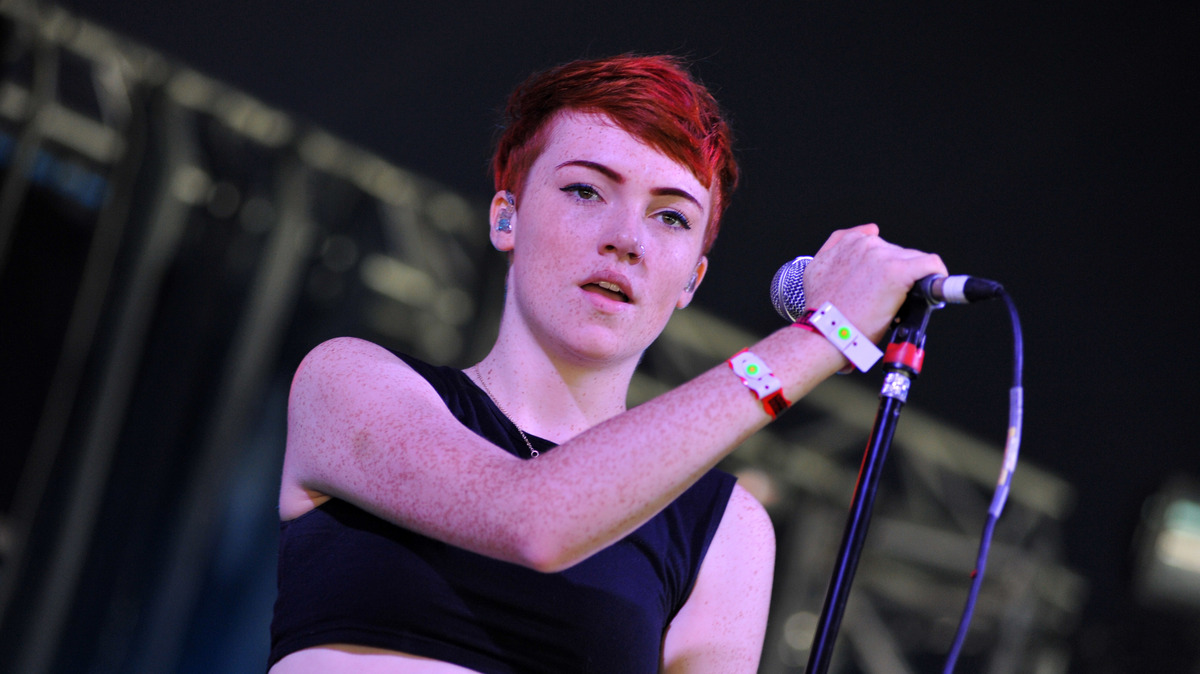 Chloe Howl performing in 2013. The singer was one of four women from the U.K. music industry to launch the Stop2018 campaign.

"We were working quite closely together, and I was a teenager," the singer Chloe Howl told Derbyshire. "Slowly, as time went on, he would encourage me to do things I hadn't really done before... Drugs. There were times that he would sort of drop me off at my hotel and text me like 'Why didn't you invite me in?'"

"I was told to keep quiet because it would hurt our chances of signing one of his artists," Yasmin Lajoie, who was working in the A&R department of a "major music company" while in her early twenties, said.

"He made a list of all the things I was and wasn't allowed to do," an anonymous woman, referred to as "Amy" on the program, said. "He convinced me that he was the only reason that I was having any success and that if I told anybody, that success would go away."

Michelle DeVries, who moved to a different country to pursue her music industry career, said she was required to live with a senior executive at that company after problems with her visa arose. "There are some very dangerous men in this business." She says she was told, after resigning over that alleged harassment and abuse, that her immigration papers had been ready for several months.

Monday's program, viewable below, preceded the launch Tuesday of Stop2018, a new U.K.-based campaign to end sexual harassment, assault and discrimination within the country's music industry. The campaign was founded by the women featured on Monday night's program (one, signed as Helliene, is presumably the "Amy" interviewed on Derbyshire's show — a request for clarification was not immediately returned). A letter posted to its website signed by the four explains the campaign's hopes:

History shows that those who have spoken up have been silenced, ostracised and completely let down, usually being the ones to lose their jobs and not the perpetrator.

In the letter, they set four goals they hope to accomplish in the coming year, the simplicity of which could be taken to imply a fundamental and pernicious level sexual assault and gender discrimination is within the music business. They ask for: safe spaces, set up by trade organizations like Music UK, for victims to report their abuse without fear of retaliation; for music companies to cease working with those who "exhibit any predatory or bullying behavior"; equal pay and opportunity for advancement; and for labels and managers to not encourage or require artists to "wear provocative clothing or flirt with executives." (Music UK responded to the letter in a tweet directing victims to the Musician's Union.)

The campaign's launch arrives almost exactly one month after more than 2,000 women within the Swedish music industry published a letter of solidarity that included harrowing stories of abuse, up to and including rape, shared by anonymous women from within that country's industry. Its signatories came from every level of the industry, major and independent labels, famous and lesser-known artists, tech companies, concert promoters and beyond.

That letter was followed some weeks later by another, from women working in Australia's music business and accompanied by the hashtag #MeNoMore, that also contained many disturbing accounts of sexual predation and violence. "In the face of uncountable discrimination, harassment, violence, and the general menace of sexist jargon, we have gritted our teeth and gotten on with the job. But today we say, no more." At the time of its publication the letter had drawn 300 signatures, which has since grown to over 1,000.

On Monday night's program, Lajoie told Derbyshire she had reached out to female colleagues in the business for their stories, expecting to hear tales of ogling and harassment. "What I've actually received are stories of rape, insisting on receiving blow jobs, seriously assaulting women, chasing them down the street, raping them in apartments owned by major music companies," Lajoie said.

The letters all claim a culture within the industry of both cultivation of young women just starting out in their careers and of damage to those burgeoning careers in retaliation for speaking out. The accusations line up with the story of country singer Katie Armiger, who is currently being sued by her former label over violating a non-disparagement clause of a settlement over sexual harassment, The Washington Post reported last week.

Following the exposure of Harvey Weinstein's sexual assault in October, the reckoning has been swift for many high-profile men; Matt Lauer, Kevin Spacey, Charlie Rose, Sen. Al Franken among them, as well as two senior news executives at NPR. With an ever-increasing, global solidarity between victims of assault, the music industry has begun to see the effect of the #MeToo movement.

Three months before the flood of allegations, apologies, firings and recusals began in October, Sony Music fired the well-known executive L.A. Reid as the head of its label Epic Records, which he had run for six years. which he in a one-sentence press release: "L.A. Reid will be leaving the company." The reason was alleged sexual harassment by Reid toward an assistant, as the New York Post reported. Some months later, Reid was again mentioned, in a New York Times report on allegations of assault and rape by Russell Simmons, one of the foundational executives in the business of hip-hop. Reid did not directly address the allegations against him.

Simmons, after being accused by more than 10 women of rape, assault and harassment, said he would provide evidence of his innocence. The announcement, accompanied by the hashtag #NotMe, came two weeks after Simmons announced he would be stepping down from the management of his various companies after two accusations of harassment and rape had been made against him. Simmons has yet to make public any evidence to contradict the claims of his accusers.

Also last week, Billboard reported that Warner Music Group, one of the three major labels, was taking disciplinary action against executive vice president Jeff Fenster as well as one other unnamed executive. The company had been told of Fenster and the unnamed executive's inappropriate conduct in a letter written by a former executive at the company. A memo sent by the company's human resources department to staff and provided to NPR, reads in part:

Some of the accusations were found to be true and, as a consequence, we are in the process of taking the appropriate disciplinary actions against the relevant employees. The press coverage regarding this matter will likely mention that our CEO, Steve Cooper, was accused of making an inappropriate remark at a party.

In early November, country music publicist Kirt Webster left the publicity company that bore his name after more than 10 accusations of misconduct. A month later, marquee Metropolitan Opera conductor James Levine was accused of taking advantage of his young proteges. Levine denied the allegations. Former boy band singer Nick Carter was accused of rape by another pop group singer, Melissa Schuman, when she was 18, according to People. Carter denied the allegations. In later October guitarist Twiggy Ramirez was fired from the band Marilyn Manson after allegations of rape made by a former girlfriend.

Those lower in the music business' hierarchy have also seen dramatic repercussions from allegations of harassment and assault; Brand New singer Jesse Lacey apologized for sexual misconduct in November; FYF Fest founder Sean Carlson was fired from his position at Goldenvoice that same month. Earlier this year, PWR BTTM singer Ben Hopkins was anonymously accused of assault, resulting in his band being dropped from its label and its music pulled from streaming services.