Accessibility links
Rick Hall, Producer And Songwriter Who Put Muscle Shoals On The Map, Dead At 85 : The Record The producer recorded with some of the century's greatest — including Aretha Franklin, Etta James and Otis Redding — as well as helped the nascent career of a young Allman brother.

Rick Hall, Producer And Songwriter Who Put Muscle Shoals On The Map, Dead At 85

Rick Hall, Producer And Songwriter Who Put Muscle Shoals On The Map, Dead At 85 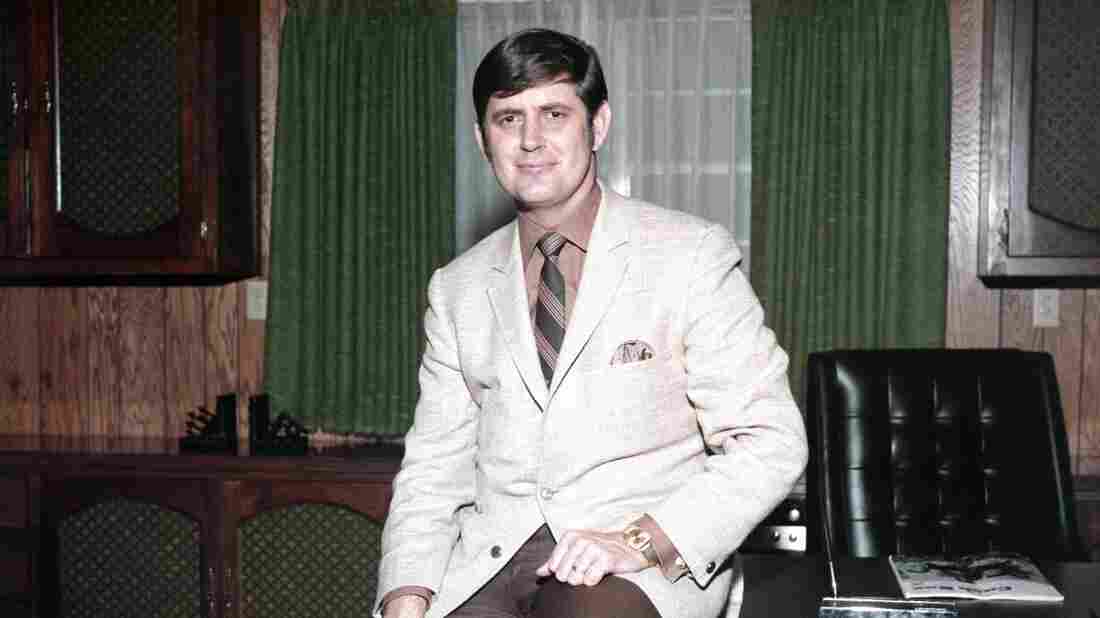 Rick Hall in his office at FAME Studios in 1968 in Muscle Shoals, Ala. House Of Fame LLC/Getty Images hide caption 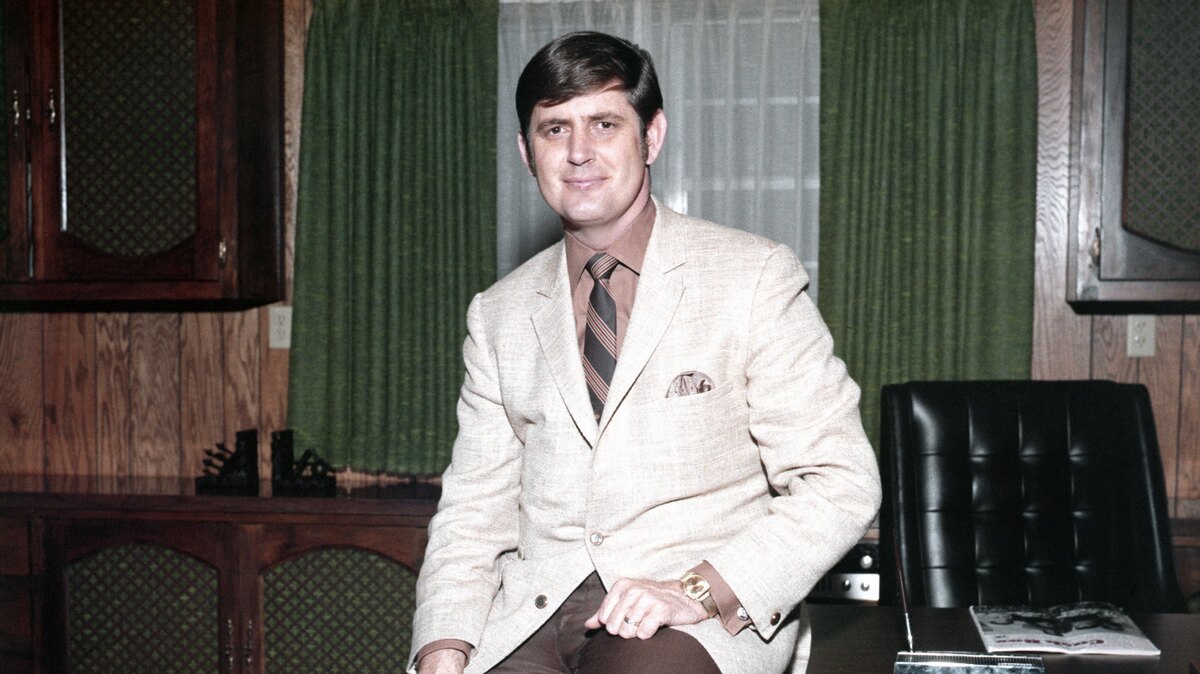 Rick Hall in his office at FAME Studios in 1968 in Muscle Shoals, Ala.

Rick Hall, a songwriter and record producer known as the "Father of Muscle Shoals Music," died today at his home in Muscle Shoals, Ala. after a protracted illness. The news was first reported by the Alabama Music Hall of Fame, and later confirmed by Judy Hood, chairperson for the Muscle Shoals Music Association and wife of David Hood, a bassist who had worked alongside Hall for decades. He was 85.

Through FAME, his publishing company and studio, Hall made Muscle Shoals synonymous with a sound of soul, R&B and country that often featured sparkling, ultra-live percussive sounds and vocal performances that seem simultaneously removed and intimate.

Hall was born in Mississippi and raised in Franklin County, Ala., just adjacent to Colbert County, where Muscle Shoals is located.. Hall cited a tough upbringing as focusing him and leading to his eventual success. As he told No Depression:

"My father was a sawmiller; he made 35 cents an hour, which was 10 cents more than anybody else did, because he was so good at what he did and a hard worker. My mother left my father when I was five and my sister was four, and she went to live with my aunt and became a matron in a brothel. My father wound up raising my sister and me. That was all shameful to me. We had no shoes to wear to school, and my father cut my hair, which meant he pulled out chunks of it with rough scissors. I carried that shame throughout my life; it turned me into a rascal of sorts, and I became very hardened and determined. My determination made me a tough businessman and I was very hard to say no to. All of this helped me become a great record producer. I'm the guy who started the Muscle Shoals music industry; everybody in Muscle Shoals is a spinoff of Rick Hall."

Hall cited Sun Records' co-founder Sam Phillips — responsible for first recording Johnny Cash, Elvis Presley, B.B. King, Roy Orbison and many others — as an early mentor. "[Philips] was a terribly big influence on me," he told the Country Music Hall of Fame. "All the things that Sam did, I wanted to be like him." The pair, two white record producers from the south, would each have a deep impact on the history of African-American music of the twentieth century.

Roy Orbison's recording of "Sweet and Innocent," which Hall had written with Billy Sherrill, led to the pair forming the publishing company Florence Alabama Music Enterprises to administer and oversee song compositions. After that partnership was dissolved, Hall moved FAME to Muscle Shoals, establishing a studio there.

"My first recording session was with Arthur Alexander — a bellhop at the Sheffield Hotel," Hall said in a group interview with his studio's house band, the Swampers. That song, "You Better Move On," became a hit that would finance another studio relocation — this time for good.

From there, Hall began producing some of the most indelible soul and R&B recordings of the century: Aretha Franklin's "I Never Loved a Man (The Way I Love You)," Etta James' cover of "Tell Mama" (the original version of which was also recorded at FAME), Otis Redding's "You Left the Water Running" and Wilson Pickett's cover of "Mustang Sally" among them.

Duane Allman, co-founder of The Allman Brothers, famously camped out near Hall's studio in the hopes of catching a break — which he did when Hall put him on Wilson Pickett's album Hey Jude, which drew international attention for Allman.

'The Man From Muscle Shoals' On Shame And FAME

Hall's fame was resurgent in recent years after he was made the subject of the well-regarded 2013 documentary Muscle Shoals, directed by Greg "Freddy" Camalier. "A lot of people contributed to this incredible story," Camalier said in an interview about Hall and his film, "but Rick was the impetus for making this happen." The film's producer, Stephen Badger, in a statement on the news of Hall's passing, wrote that he is "humble and proud to call [Hall] a friend and to have been involved in some small way in bringing his life story and the deserving story of Muscle Shoals and all its artists and talent to the world."

Hall was nominated for Best Producer in 1974, his only Grammy Award nomination before the Recording Academy named him a National Trustee — an award given to those who "have made significant contributions, other than performance, to the field of recording" — in 2014.

Hall's death was noted by Alabama Governor Kay Ivey, who wrote he was "truly a music legend and one of Alabama's stars. He will surely be missed."

John Paul White, whom Hall had mentored, wrote that Hall was an "architect of the sound that made me the artist and writer I am today. He took me under his wing and treated me like an equal, when I knew damn well I was not."

The country star Jason Isbell, whose The Nashville Sound was one of the best albums of the past year, also cited Hall as helping to pave his way to a music career: "Rick Hall and his family gave me my first job in the music business, and nobody in the industry ever worked harder than Rick. Nobody. American music wouldn't be the same without his contributions. His death is a huge loss to those of us who knew him and those who didn't."

Updated, Dec. 3 9:00 a.m. with an additional statement from Stephen Badger, producer of the Muscle Shoals documentary.