Accessibility links
Kendrick Lamar And President Trump Were Two Ships Passing In The Night : The Record The political irony was mostly symbolic, as Trump left the National College Football Championship before Lamar's halftime show took place just outside the stadium. 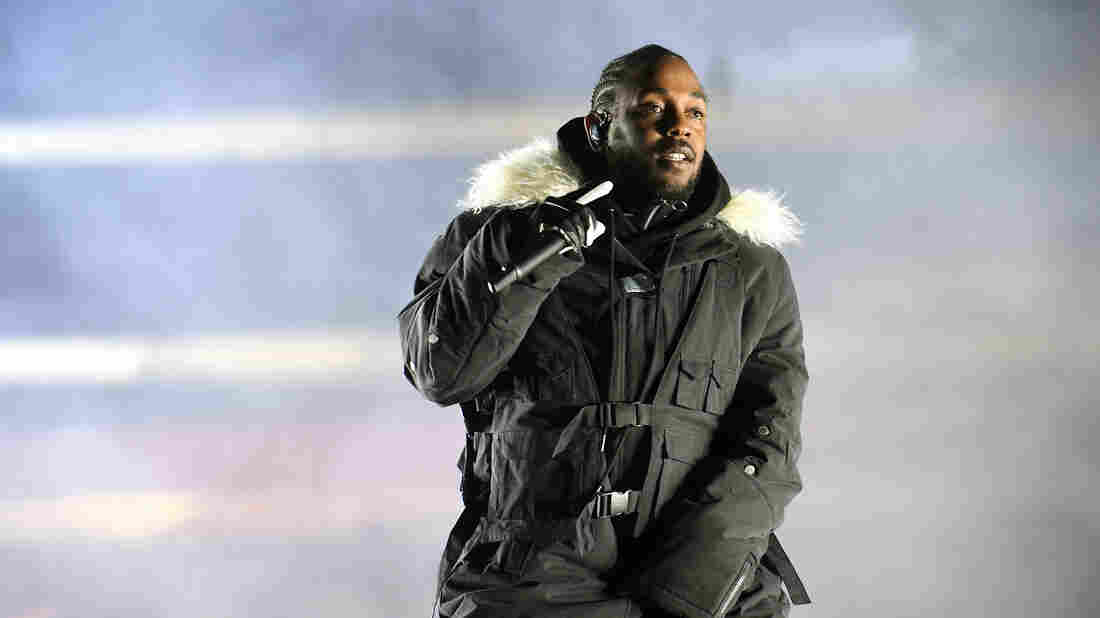 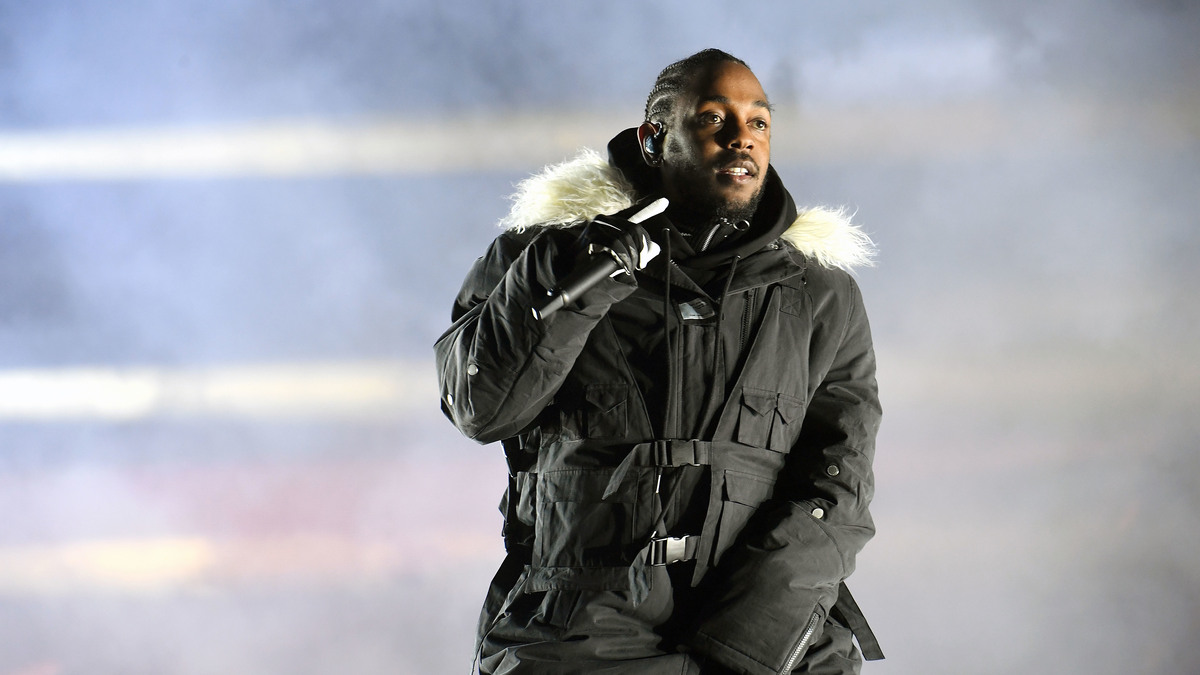 The sitting president did not receive a word from hip-hop's reigning prophet last night.

Despite the strange twist of fate that brought President Donald Trump and Kendrick Lamar to one of the biggest sporting events of the year, the president didn't stick around long enough to witness what we have to assume would be his first time seeing the rapper perform live. Trump reportedly left the National College Football Championship at Atlanta's Mercedes-Benz Stadium during halftime, just as Kendrick Lamar was set to perform (not inside the stadium, but a couple of blocks away at Centennial Olympic Park).

Lamar has previously been critical of the president — last year he rapped: "Donald Trump is a chump, know how we feel, punk / Tell 'em that God comin' / And Russia need a replay button, y'all up to something," on "The Heart Part 4" — but directed no overt statements Trump's way last night.

Still, the juxtapositional contrast was sharp, with the nation's most celebrated MC — whose DAMN. boils over with lyrics about the cursed state of America and the politics of personal responsibility — in surprising proximity to our equally outspoken president.

Lamar performed hits from his list-topping, double-platinum, Grammy-nominated album DAMN., including "DNA.," "ELEMENT.," "HUMBLE.," and his newly released single, "All the Stars," featuring labelmate SZA, from his forthcoming soundtrack for Marvel's Black Panther.

Meanwhile, Trump made a show of the national anthem. He was welcomed to the stadium with a mix of cheers and boos, while the message "F--- Trump" was projected on the outside of the stadium. But inside, he took to the 40-yard line before the game and placed his hand over his heart while intermittently mouthing words alongside the music of "The Star-Spangled Banner."