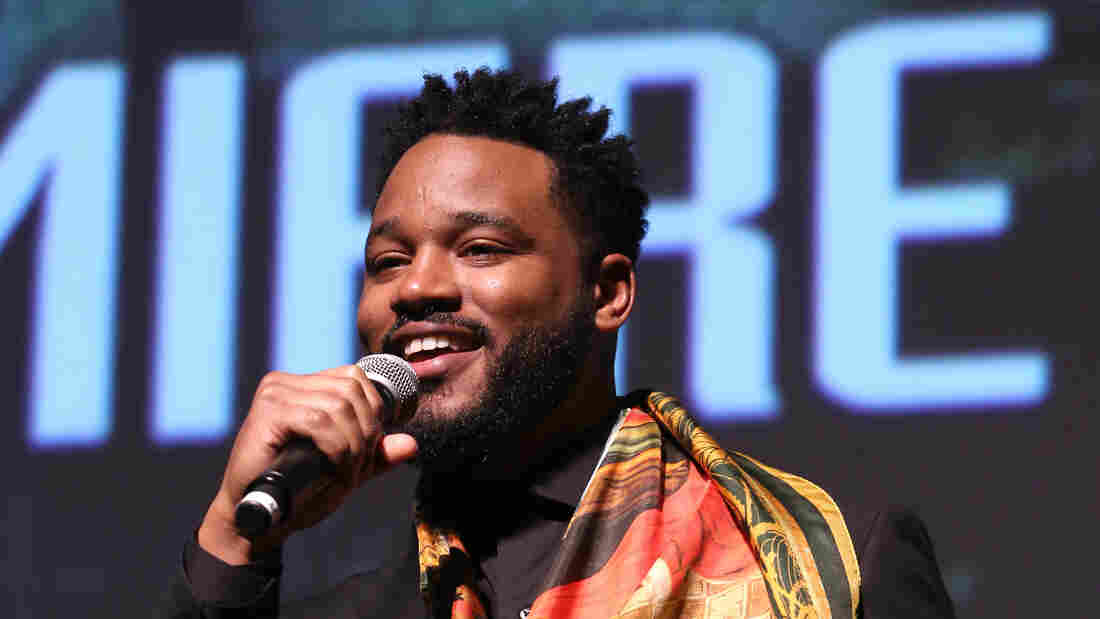 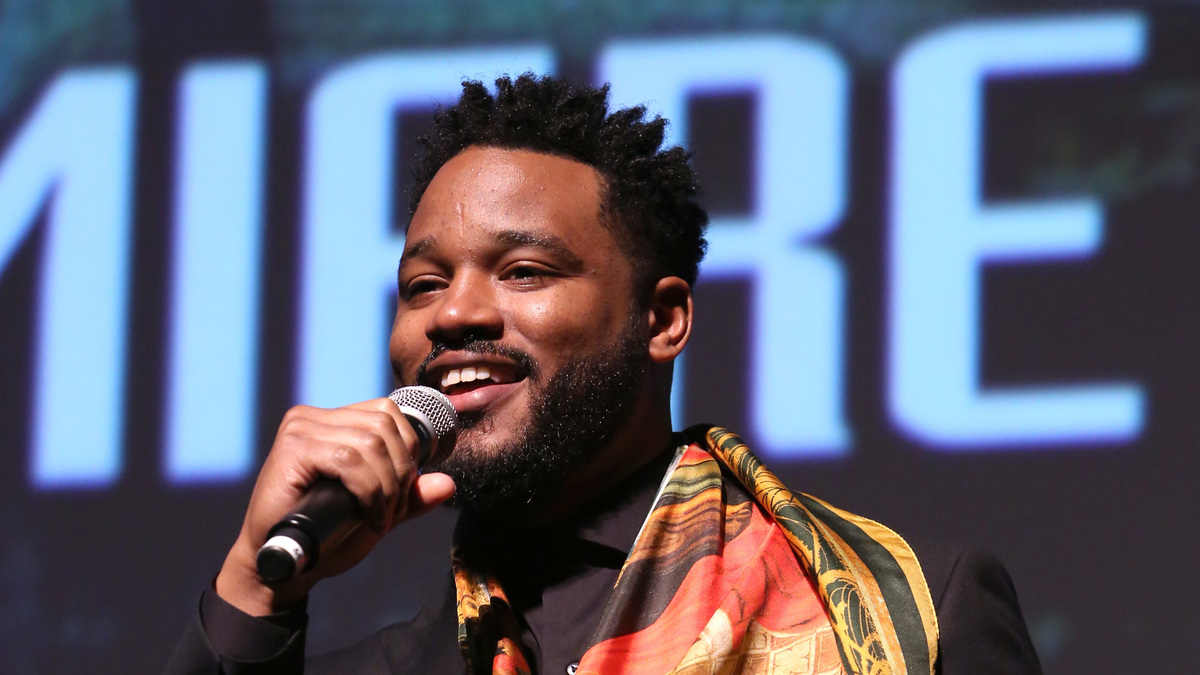 Given the saturation of comic-book blockbusters, it's remarkable that Black Panther's myth has only gained steam in the two years since the character first appeared on the big screen, knocking heads and shrugging off bullets. But if anything comes close to Marvel's latest superhero epic in hype and expectation, it is the all-black-everything soundtrack accompanying it, helmed by Kendrick Lamar and his label, Top Dawg Entertainment. In a recent interview with NPR's David Greene, the film's director, Ryan Coogler, explains how the collaboration came to be.

"I've been a massive Kendrick fan ever since I first heard him, since his mixtapes, and I've been trying to track him down," Coogler says. "Eventually I caught up with him a couple years ago — first with Anthony 'Top Dawg' Tiffith, who runs his label, and then later on sat down with him and Kendrick and just spoke about much his music affected me. He talked about my movies that he had seen, and we said if the opportunity comes, we'd love to work with each other on something."

Last year, the opportunity came: Lamar had just finished work on his album DAMN., and Coogler had footage to share – "so we met, and we talked," Coogler says. "And to Marvel's credit, they really supported the idea of getting some songs from him. At first, he was just going to do a few songs for the film, and then he came in and watched quite a bit of the movie, and the next thing I know, they were booking a studio and they were going at it."

As with his previous films Fruitvale Station and Creed, Coogler worked with composer Ludwig Göransson — best known for his work with Childish Gambino — to create Black Panther's instrumental score. The album Lamar and TDE delivered, Coogler says, turned out to be the perfect companion piece.

"Hats off to him and his production team — they made some really great songs that we got placed in there. And hats off to Sounwave, who's producing, and Ludwig, who was able to manipulate the score to incorporate some of those songs and weave them in and out of the orchestral stuff that he was already doing," he says. "I can't wait for people to hear the music on that album, man."

Sounwave, an in-house producer for TDE since 2009, says Lamar and company began brainstorming and writing the soundtrack while on tour this past August.

"[During] The DAMN. Tour, we probably came up with 50 percent of it — the production, the hooks and ideas," Sounwave tells NPR Music's Sidney Madden. "When we got back from the tour in September, that's when we were able to execute our ideas and reach out to people we respect and whatnot ... kind of just put the stamp on it. So, I want to say those two months was the most vital on that tour, in terms of creative process."

Features on Black Panther: The Album include much of the TDE artist roster and top-billing names like Future, James Blake, The Weeknd and Travis Scott. A fan of comic books and superhero movies growing up, Sounwave says he appreciates that Marvel is tapping into hip-hop in an authentic way, and affording TDE creative control.

"I think it's only right," Sounwave says. "The movie's not set in 1910, or the 1960s when Black Panther first came out — it's set in today. There's 'today' moments happening in the movie, so we want the whole soundtrack to sound like that too. I think it was a perfect marriage for us to blend the two worlds."

Black Panther: The Album comes out Feb. 9, one week before the movie hits theaters. You can hear the David Greene's full conversation with Ryan Coogler Feb. 16 on Morning Edition.