Accessibility links
Mike Huckabee Resigns From Music Education Board After Fierce Backlash From Nashville : The Record The former Arkansas governor's appointment to the board of the Country Music Association Foundation, a music education initiative, lasted a single day. 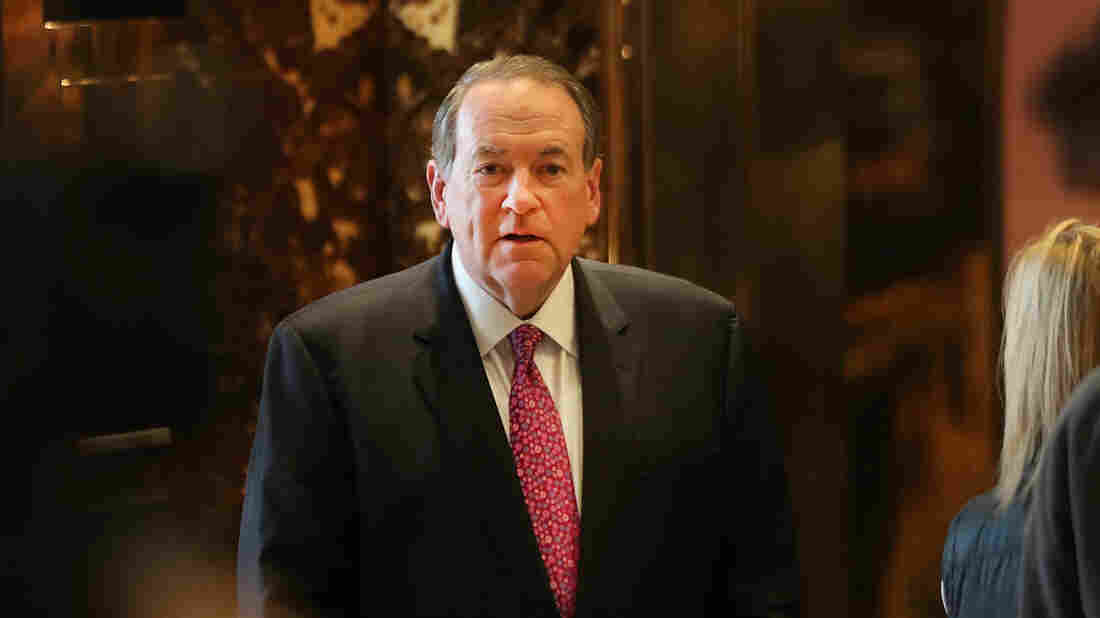 Mike Huckabee arrives at Trump Tower in New York on Nov. 18, 2016. Huckabee quickly resigned within 24 hours of an appointment to the Country Music Association Foundation after an outcry from the country music community. Spencer Platt/Getty Images hide caption 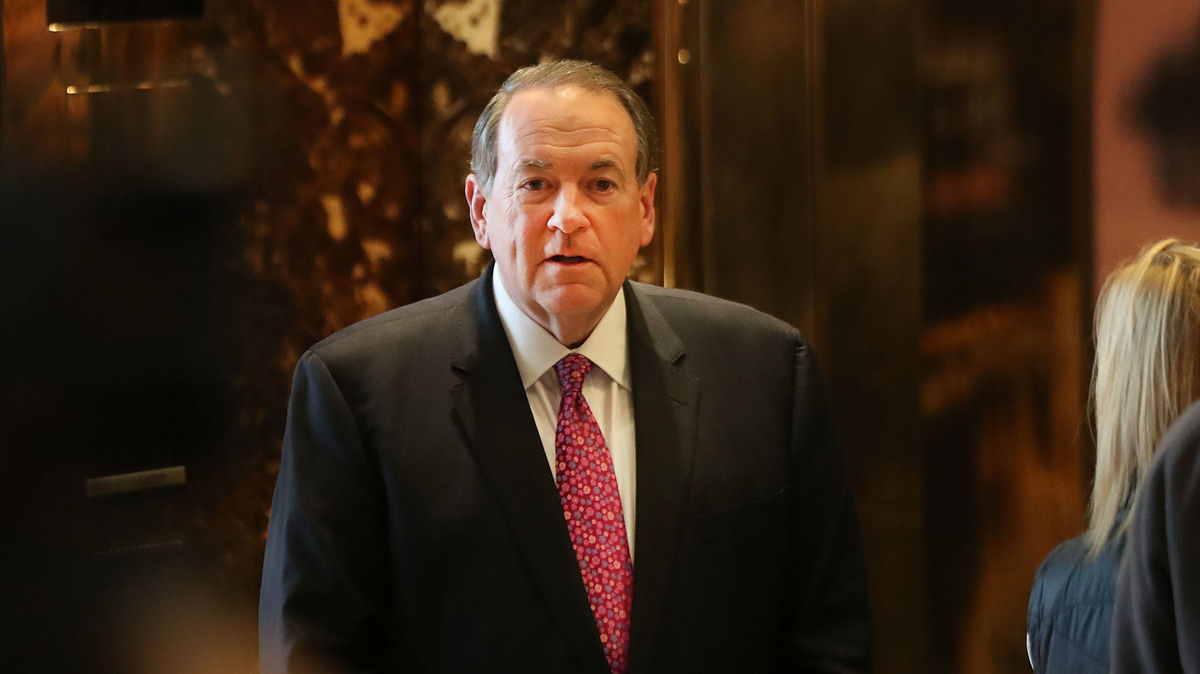 Mike Huckabee arrives at Trump Tower in New York on Nov. 18, 2016. Huckabee quickly resigned within 24 hours of an appointment to the Country Music Association Foundation after an outcry from the country music community.

Change happens notoriously slowly in Nashville, Tenn., a town known to prize convention and tradition. But Thursday, it occurred at lightning speed: In less than 24 hours, former presidential candidate, conservative radio host and former Arkansas Gov. Mike Huckabee was announced as a new board member of the Country Music Association Foundation, the organization's philanthropic arm, before being swiftly forced to resign after a chorus of dissent over the appointment erupted in Music City and beyond.

"I genuinely regret that some in the industry were so outraged by my appointment that they bullied the CMA and the Foundation with economic threats and vowed to withhold support for the programs for students if I remained," Huckabee's letter of resignation read, which was accepted in a statement by the CMA. The organization, which produces a huge festival in Nashville each summer as well as the televised CMA Awards, has yet to offer further comment on its motivation for appointing him.

The CMA Foundation, which invests in music education programs across the country, made the announcement about Huckabee's appointment late Wednesday afternoon. Soon after, artists, CMA members and fans began voicing their outrage, most notably Jason Owen, co-president of Monument Records and owner of Sandbox Entertainment, who represents well-known clients like Little Big Town and Kacey Musgraves. Owen, who is openly gay, sent a letter to CMA's CEO, Sarah Trahern, and the director of community outreach, Tiffany Kerns, saying the decision to appoint Huckabee meant he would "no longer support the CMA Foundation in any way" and would advise his clients to follow suit.

"[Huckabee] has made it clear that my family is not welcome in his America," Owen wrote. "And the CMA has opened their arms to him, making him feel welcome and relevant. Huckabee speaks of the sort of things that would suggest my family is morally beneath his and uses language that has a profoundly negative impact upon young people all across this country. Not to mention how harmful and damaging his deep involvement with the NRA is. What a shameful choice."

Others soon joined the chorus, sending similar emails to Trahern expressing their anger over the choice of Huckabee, who has openly likened gay marriage to incest, has referred to homosexuality as a sin and once escorted Rowan County, Ky., Clerk Kim Davis, who refused marriage licenses to same-sex couples, out of jail (and now one of the very men she denied, David Ermold, is running against her for the job).

Whitney Pastorek, who manages Kristian Bush of the band Sugarland and is also a CMA member, was among those who addressed the organization directly.

"What a terrible disappointment to see [the CMA Foundation's] mission clouded by the decision to align with someone who so frequently engages in the language of racism, sexism, and bigotry," Pastorek wrote, as reported by the Tennessean. Pastorek now takes some solace in the outcome and hopes that the industry can move forward in the aftermath of such controversy.

"What Jason Owen and his team did was brave and inspiring, and I am grateful for every colleague and fan who spoke out alongside them to help set this right," Pastorek tells NPR Music. The development was likewise met with nods of approval from progressive leaders, including Human Rights Campaign President Chad Griffin.

"Mike Huckabee has staked his entire political career on undermining the rights of LGBTQ people and our families," Griffin tells NPR Music. "His cynical political attacks and discriminatory views do not represent the diversity of country music, and we thank all of the musicians, industry leaders, and fans who spoke out against his appointment to this important role."

This isn't the first time the CMA has had to quickly backpedal after a divisive action. In advance of this year's awards this past November, guidelines were sent to members of the media asking that questions about "gun rights, political affiliations or topics of the like" be avoided on the red carpet, particularly following the shooting at the Route 91 Festival in Las Vegas. That action was swiftly met with outrage from artists and members of the media alike, including CMA Awards host Brad Paisley. The decision was reversed.

Now, many in Nashville are hoping the controversy will lead country music to re-evaluate. "My hope is that this genre will always be moved to act based on love and inclusion," says Pastorek, "and although it wasn't easy, today feels like a big step in a positive direction."

A previous version of this story incorrectly referred to Kim Davis as the former clerk of Casey County, Ky., and said that she had been replaced by David Ermold. A previous correction also incorrectly said Casey County. Davis is still the clerk of Rowan County, Ky.; Ermold is running against her for the seat but an election has not yet been held.