Accessibility links
Time's Up Leader Tina Tchen To Head Recording Academy's Diversity Task Force : The Record The organization behind the Grammy Awards took a first public step in its attempt to address issues of gender inequality within its organization — and the music industry more broadly. 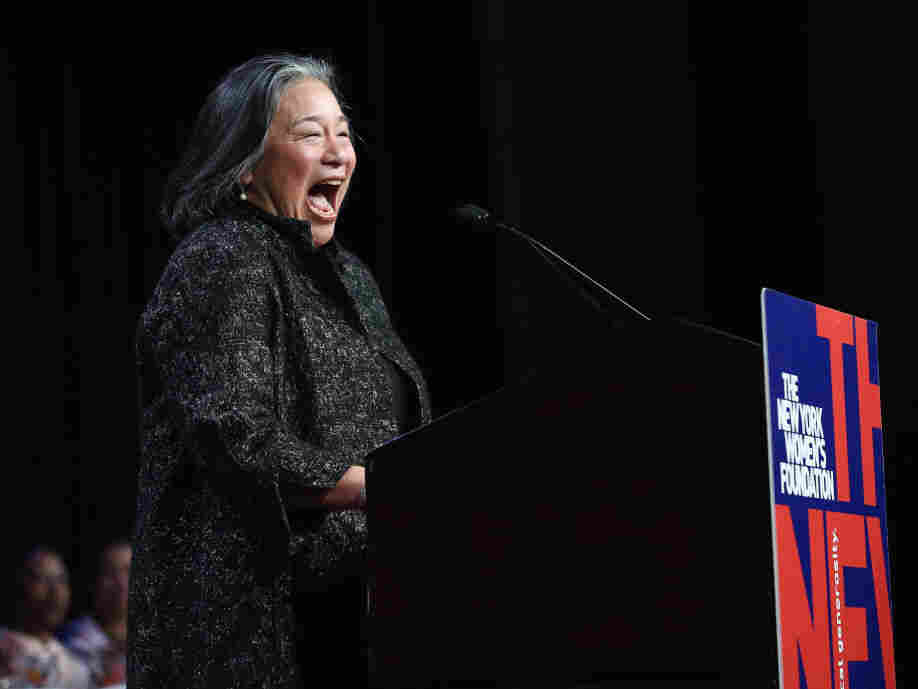 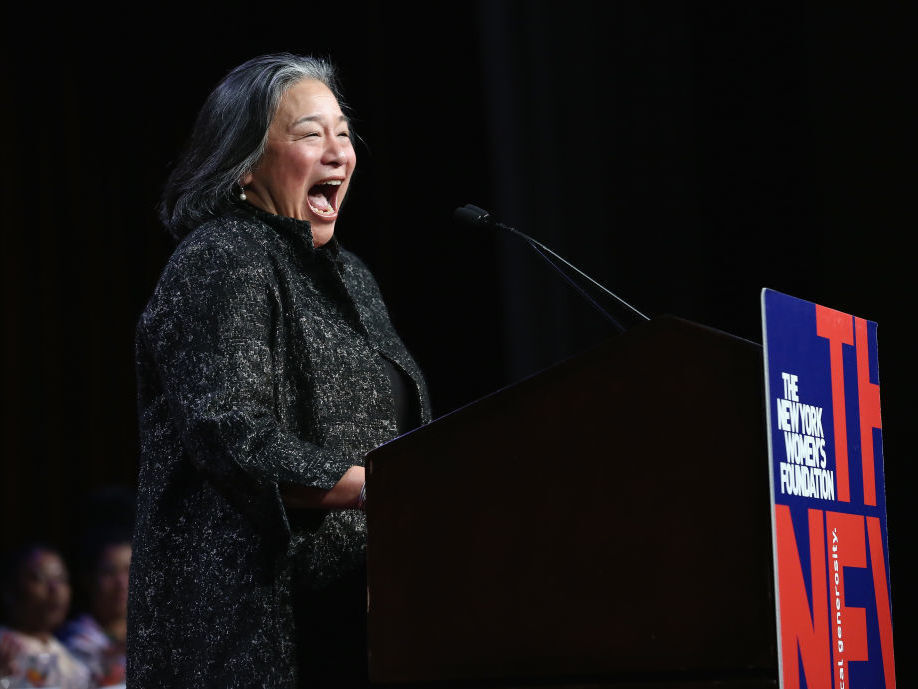 Tina Tchen, speaking onstage at an event in New York City in May 2017.

On Tuesday, the Recording Academy, the organization behind the Grammy Awards, named Tina Tchen as the chair of its new task force for inclusion and diversity. Her appointment follows a controversy over the place of women in the music business that erupted following this year's Grammy ceremony.

Artists and industry executives are demanding a greater presence for women within the Recording Academy and the music business more generally. Those calls intensified after the president and CEO of the Recording Academy, Neil Portnow, and the longtime producer of the Grammy telecast, Ken Ehrlich, both made statements that critics say demeaned the contributions of female artists and women working in the music business.

In response, the Recording Academy (also known as NARAS, the National Academy of Recording Arts and Sciences) promised to create a task force to try to address these issues. The new head of that task force, the Chicago-based lawyer Tina Tchen, has been one of the leaders of the legal defense fund for Time's Up, which has so far raised over $21 million. Tchen also served as chief of staff for former First Lady Michelle Obama and was the executive director of the White House Council on Women and Girls, established by President Obama.

Tchen comes to her work at the Recording Academy with no experience in the music business — a boon to the task at hand, Portnow said in a statement released Tuesday. "Tina Tchen is an accomplished advocate for women and impact-oriented leader ... In addition, the fact that she lacks business ties to the music industry ensures her objectivity as chair."

NARAS says that the rest of the members of this task force will be assembled in the coming weeks, but will include music executives, "music creators," academics and diversity experts.