Accessibility links
What You Could Take Away From 'David Bowie Is' : The Record When the exhibit was first conceived, in tandem with Bowie's own collection, its success was far from guaranteed. In the five years since, it's outlived its subject and changed as much as he once did. 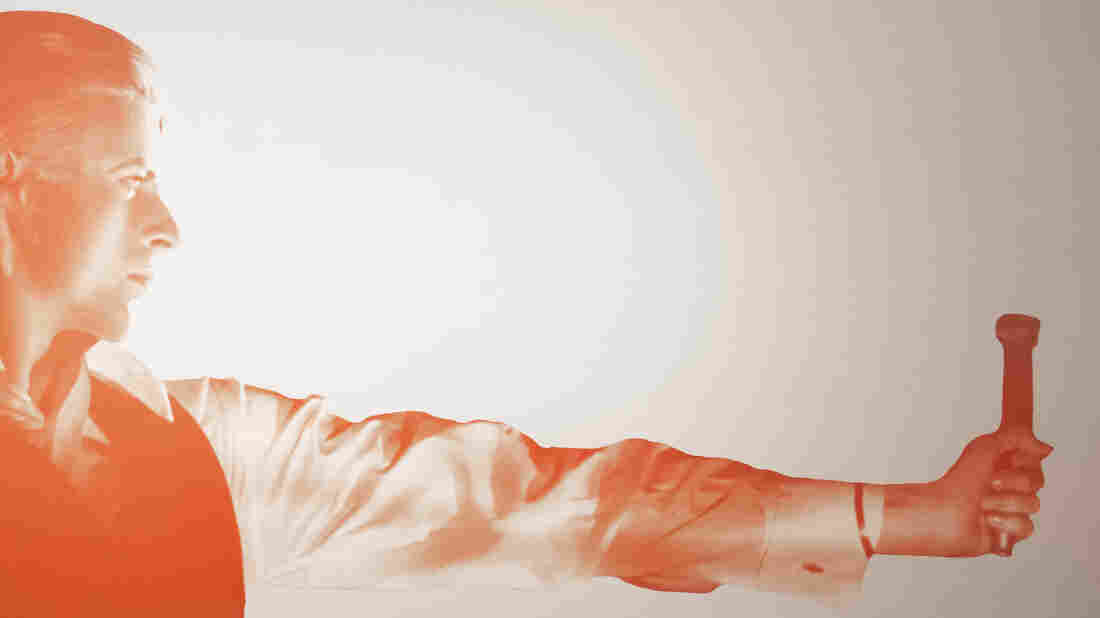 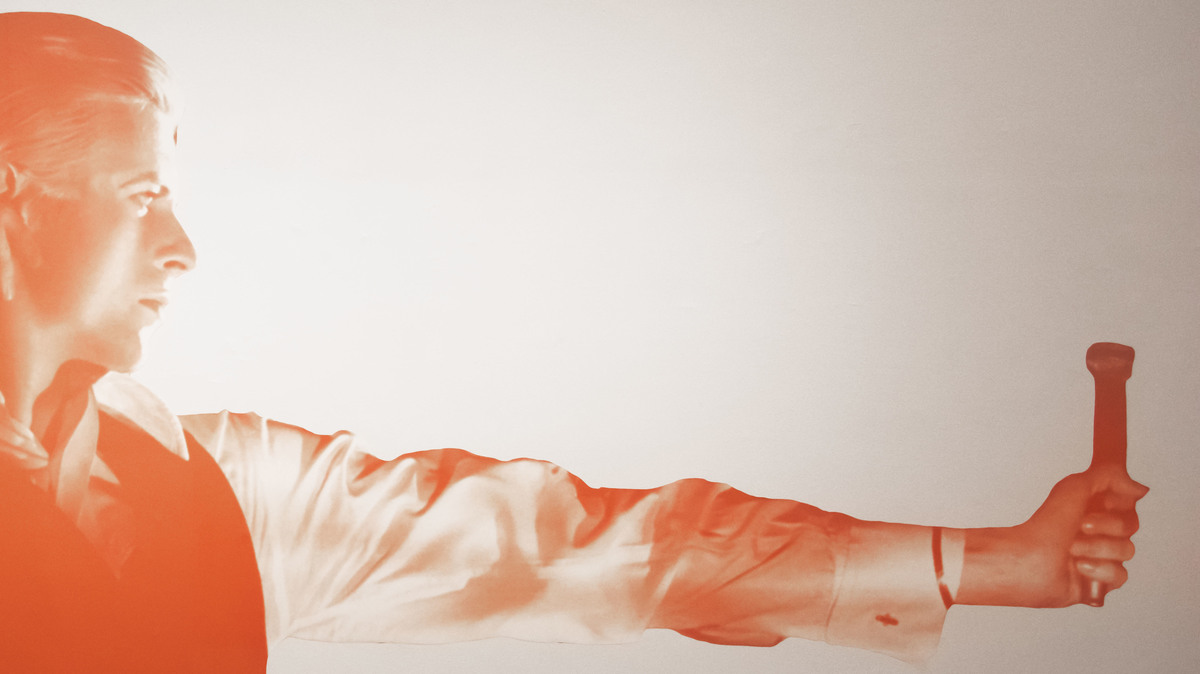 There is a wonderful irony in a career retrospective of a living artist that becomes so popular it outlives its subject. In 2010 — long before David Bowie Is travelled to ten other locations around the world, before it landed in Brooklyn earlier this month — London's Victoria & Albert Museum was approached by the rock icon's management to create an exhibit out of the singer's archives. At the time, the idea that such a show would be taken seriously, much less prove to be a success, were hardly foregone conclusions. Music exhibitions of its type were practically non-existent outside of specialty institutions such as the Rock & Roll Hall of Fame. The barrier between high and low cultures was, even such a short time in the past, still sturdy.

Nevertheless, says Victoria Broackes, senior curator of the V&A's theater and performance department, Bowie was "quite literally top of the museum's list" of potential single-artist exhibition subjects, and when offered the show, she did not hesitate to say yes — "though I did not really have the authority to say that, given that we're a traditional, 150-year-old museum. I reckoned that people would get how important this opportunity was, and indeed they did." Even as the show opened, its blockbuster appeal in the global museum market was hardly obvious: "We only had one additional venue that was possibly interested [in taking the exhibit]. It was only after the first couple of weeks that we realized, 'God, we sort of have a big hit on our hands.'"

Launched in March of 2013 and co-curated by Broackes and Geoffrey Marsh, David Bowie Is treats its subject not merely as a pop star, but as an artist who, in the spot-on words of the curators' preface, "channeled the avant-garde into the populist mainstream without compromising its subversive liberating power."

The exhibit is stacked with the things that super-fans expect: costumes, photos, posters, lyric sheets, art mock-ups, videos, music, film and live clips (delivered by a relatively seamless audio-visual headphone experience), framed by pieces that place Bowie in a historical and cultural context. That context, the post-war slipstream of art and fashion, social ideas and human progress, is the origin story of his unquenchable inquisitiveness. The through-line of how a 17 year-old from a London suburb who founded the Society for the Prevention of Cruelty to Men with Long Hair (an interview with young David Jones pontificating on the subject is an early highlight) became a grizzled cyberpunk (developing dawn-of-the-digital-age software for cutting up words and pages in the manner of his heroes Brion Gysin and William Burroughs) is direct and unmistakable. 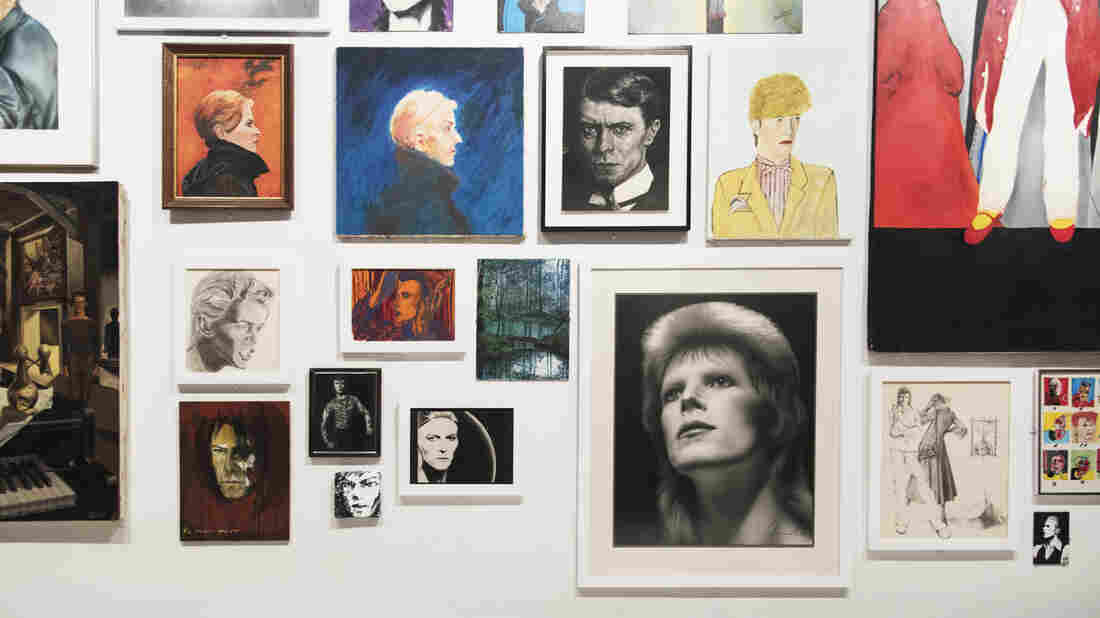 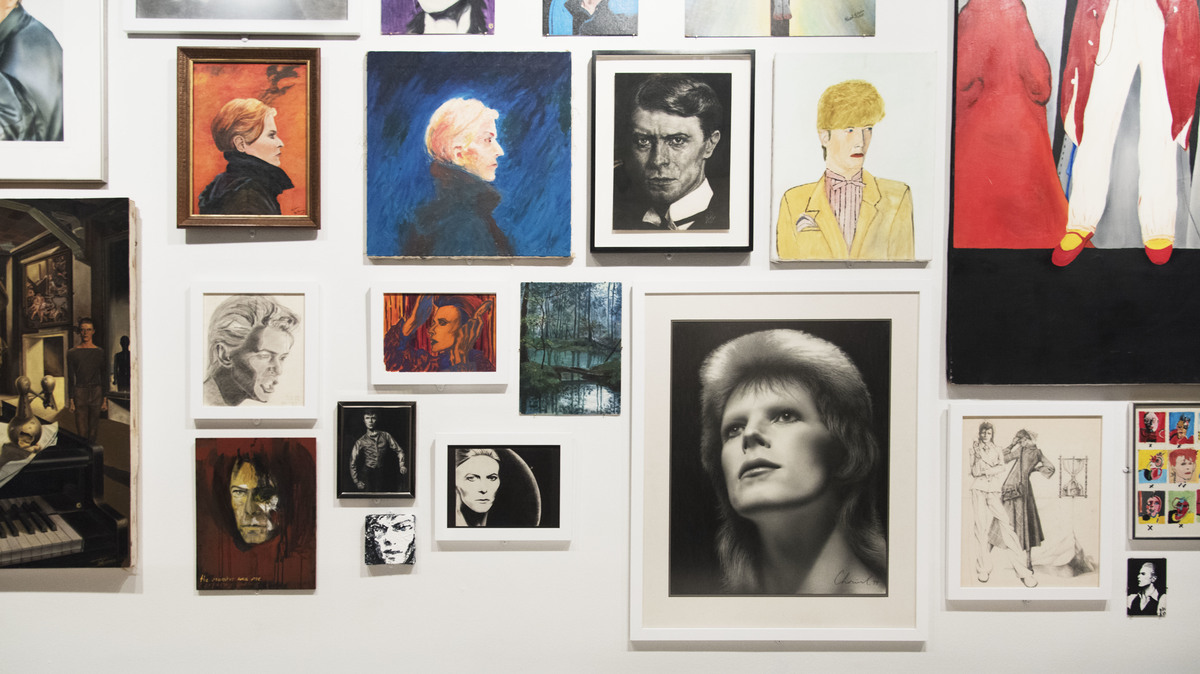 It isn't only the material that demonstrates Bowie's prolific mutation — according to Broackes, it was purposefully built into the show's skeletal structure, which left room for the exhibition to change, at least a little, at each stop. Walking through the Brooklyn Museum, reveals distinctions great and small to the one installed at Chicago's Museum of Contemporary Art in late 2014; a different order to parts of his story or ulterior emphasis, new set-pieces and items, and shorter, re-imagined functions for some of the programming. A room of in-concert clips that showed hours of footage in Chicago has, for instance, been reduced to five hand-picked performances.

"Part of the story of Bowie and of the exhibition was not to stand still," says Broackes. "The core of the exhibition was to remain the same — we worked hard with Bowie's people to develop a narrative that everyone was happy with. But when it [travelled] to a place that had local significance in Bowie's life — Japan, Berlin, to a lesser extent almost everywhere — the show would be able to adapt."

These adjustments took place, in part, because the local curators and designers overseeing the exhibit at each institution had access to other collections, which they used to augment Bowie's story at every stop. If part of Bowie's appeal was an elasticity of his meaning — of the humane, perceptive usefulness that his mercurial creativity brought to audiences — the difference in the stories that each new presentation told served to mirror it.

"All that being said," adds Broackes, "New York was something else entirely."

As the location of Bowie's earliest musical inspirations (see the test-pressing of Velvet Underground & Nico that Andy Warhol gifted to Bowie's first manager in 1966) and the place he called home for his last 24 years, the city was a major character in the artist's life. "New York was always to be [the exhibit's] final venue," adds Broackes. "That was a real opportunity for Matthew to add material." 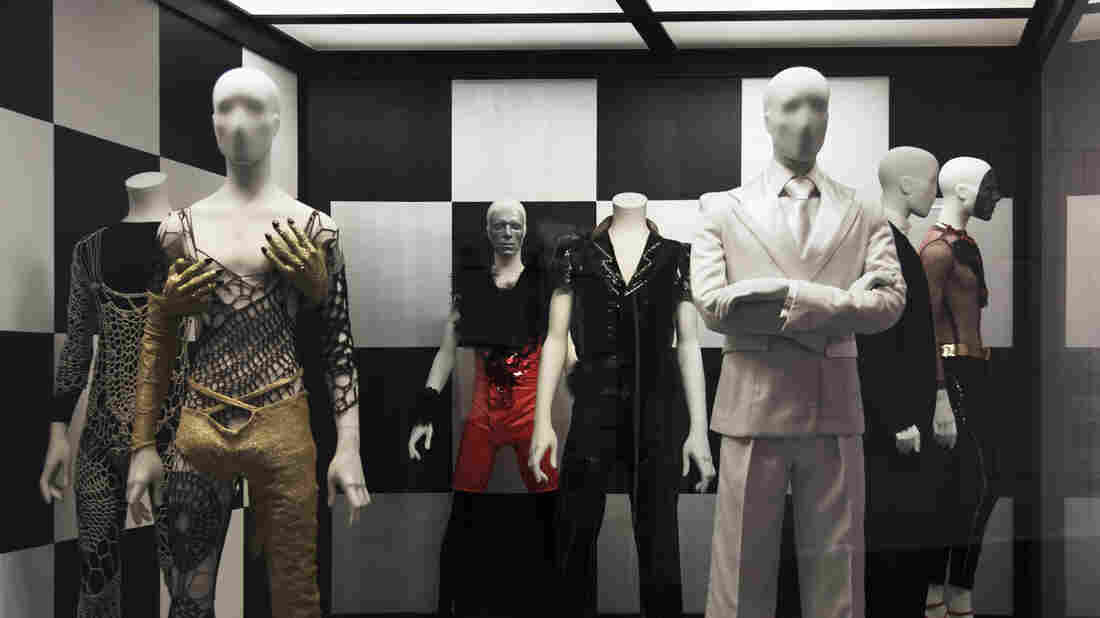 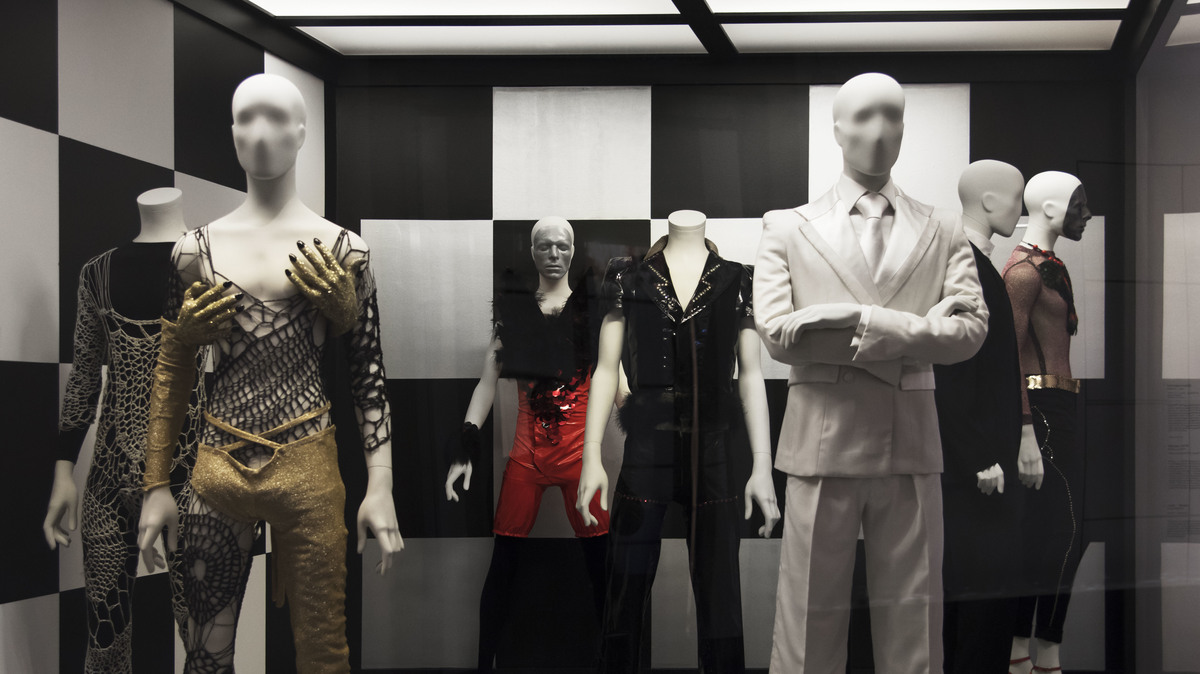 "Matthew" is Matthew Yokobosky, Brooklyn's director of exhibition design, who curated the museum's David Bowie Is experience. Listening to him speak, you hear a desire to bring a specific focus to "parts of the show that were about America" and deliver a "big New York emphasis," as well as injecting the "excitement and intrigue" of a Bowie concert into the Brooklyn Museum. It's a more visceral interpretation of Bowie's legacy — and could be construed as a particularly American-pop take on art exhibits — replacing orthodoxy with spectacle, linear history for the cut-up.

In Brooklyn, it begins from the jump. Approaching its entrance, long-time (New York-based) Bowie producer Tony Visconti's specially created mega-mix vibrates the headphones; a classic Aladdin Sane black vinyl bodysuit designed by Kansai Yamamoto stands guard; bright, soft-white flashing lights (that originated at his New York City Marathon tour in 2002, which had him playing in each of the five boroughs) spelling out B-O-W-I-E. "I spent two months with a conservator and a lighting designer trying to re-lamp the original letters and replicating how they were programmed," Yokobosky says. Glam, in the service of a novel headspace.

An entire wall of a new section, entitled "David Bowie Is A Success in New York," is devoted to the singer's relationship with Andy Warhol. It opens with a silent black-and-white film, "David Bowie and his group visit the Factory [Warhol's studio], September 14, 1971" and ends with memorabilia and private photos from the 1996 motion picture Basquiat, in which Bowie played Andy. It's a surreal transition, a remixing of roles, of artist and subject. Who is the bigger translator of cool, the more adept pop futurist – Bowie or Warhol? Depends on who you ask – but where once their canonical rankings were assured, that wall begs you to question them anew. 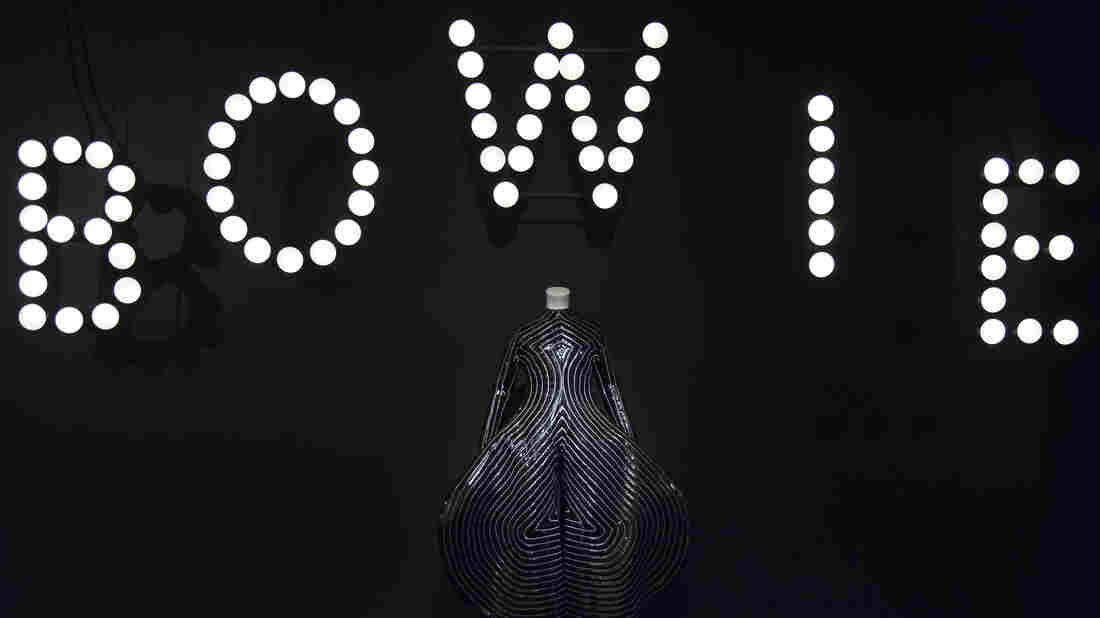 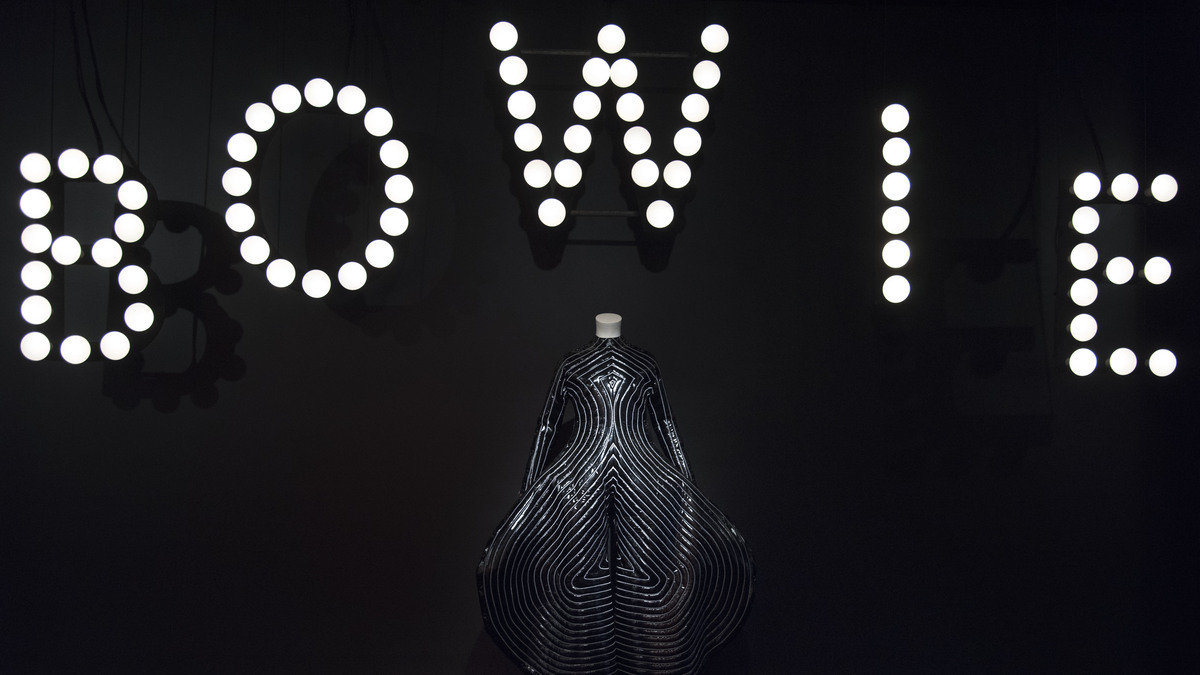 Elsewhere you'll find "LINE," a series of 20 drawings made by Bowie and composer Laurie Anderson for a 1998 exhibit titled "I Love New York," at the Ludwig Museum in Cologne. Yokobosky explains: "David had this idea that Laurie possessed telekinesis and could communicate without speaking, so David proposed they do a drawing project where they call each other on the telephone, but instead of talking they would draw together. After they did it, they would fax the drawings to each other." It's not nearly as crazy as it sounds. And if Bowie's musical '90s felt like a step backward for fans of Ziggy Stardust or Major Tom, works like "LINE" were proof that his art-school instincts were as sharp as ever.

The pieces are examples of the strategic way Bowie intertwined his cutting-edge artistic impulses with living showmanship. It may be a cliché to say that David Bowie Is presents his existence as a canvas — but in the wake of his passing, the very meaning of the show takes on a new dimension. Does it, after all, not seem strange that a person who spent his final decade in self-imposed seclusion opened his entire world to a museum during that time? If Blackstar, the album he unexpectedly released two days before his death and a treatise on mortality, is the final scene in a life well-played, might the exhibit been created to serve as a knowing epilogue?

"At the time, [putting together David Bowie Is] did not strike me particularly odd," says Victoria Broackes. "But the more I got into the way he worked, the more everything he did seemed to have both a purpose and a prescience, an understanding the way the world is going."

And even if Bowie's health and personal history did not reflect a deeper intent that the exhibit has taken on since his death, a confluence of global circumstances has brought the values and the societal outlook he clearly explored throughout his work, into a new light. 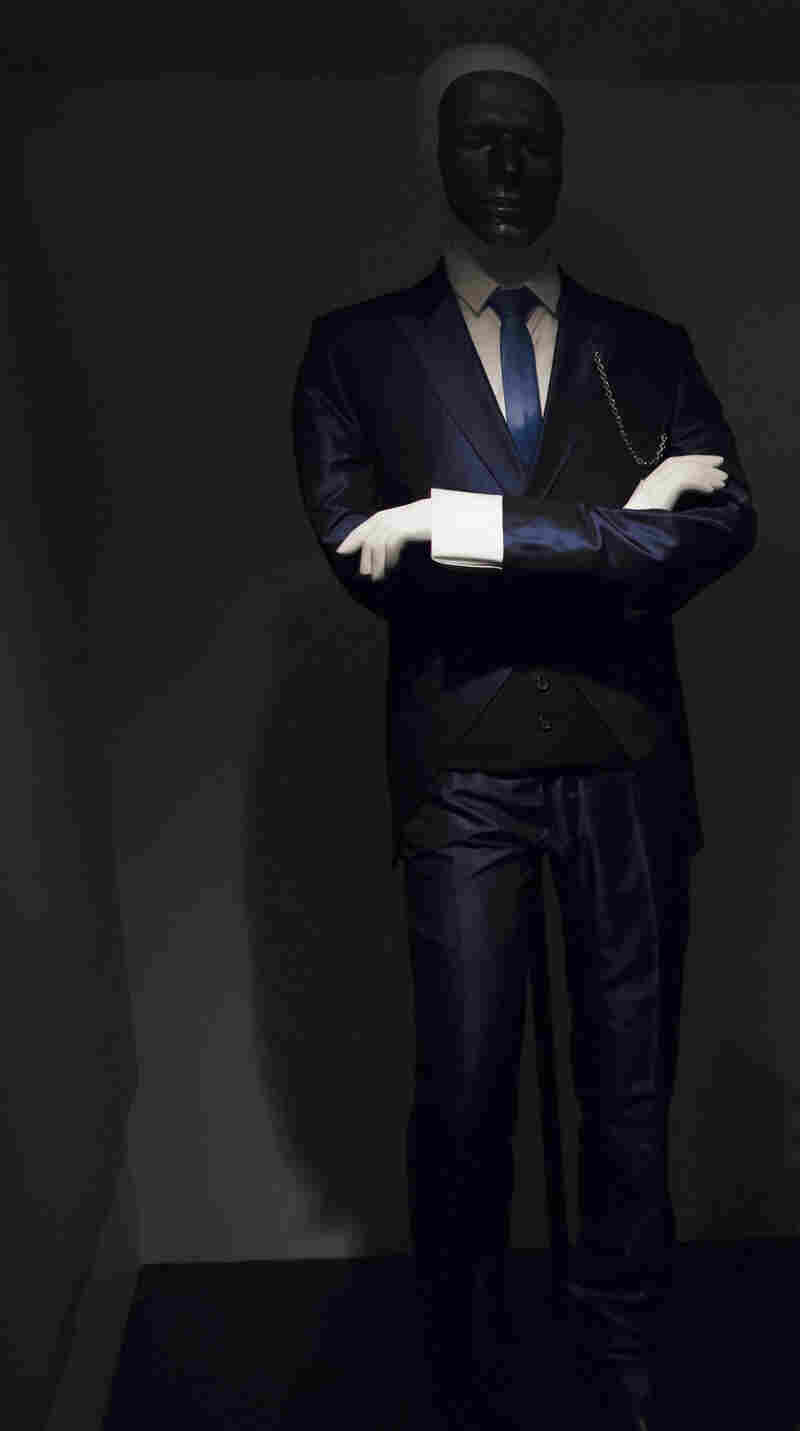 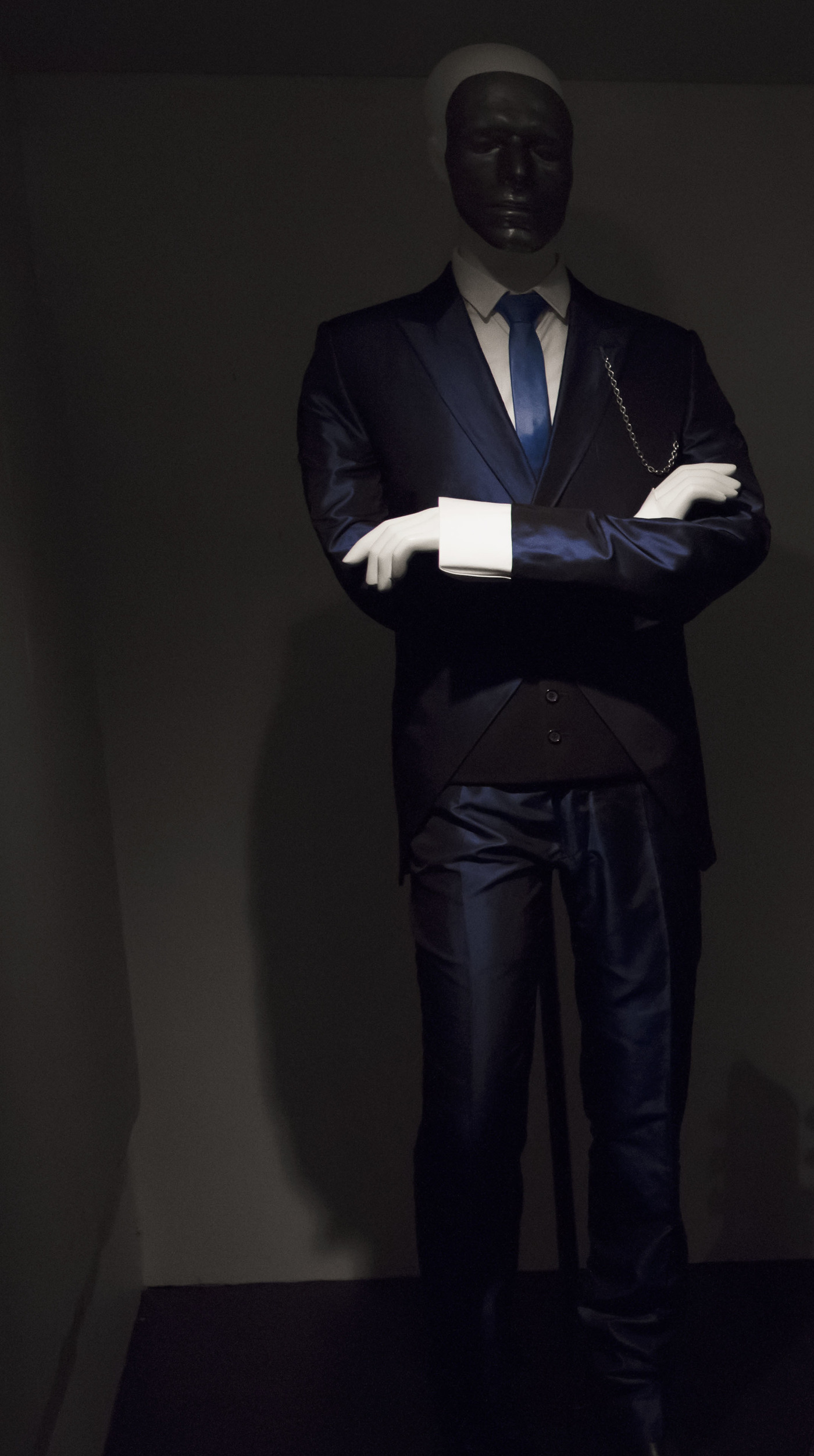 "The thing that strikes me now," Broackes says, "is that the sort of liberal values which Bowie stood for and held out to us all — and that changed so many people's lives, on a very personal level and for the better — have really come under threat in the years since David Bowie Is opened, in ways we could never foresee in 2013. In that sense, I think Bowie has a real importance and significance for many of us now."

Yokobosky brought up that the show isn't the first time Bowie collaborated with the Brooklyn Museum. In 1999, the singer was an official sponsor and the audio-guide voice of a group-exhibit by a collection of young British artists called Sensation. The exhibit is now best remembered as a battle in the co-called culture wars, sparking a national controversy about art, obscenity, and freedom of expression. Then-New York mayor Rudy Giuliani took religious offense at one of the exhibit's paintings, Chris Offili's "The Holy Virgin Mary," despite the fact that Ofili was a practicing catholic and an altar boy. Giuliani claimed the painting — which depicted a black Madonna amidst a collage of cut-out female buttocks from porn magazines, set upon balls of dried elephant dung — to be "desecrating somebody else's religion." Giuliani's administration sued to defund the museum (it lost).

Since then, Rudy Giuliani has, of course, gone on to be a courtier of the current American president. Chris Ofili, whose work Bowie had singled out in a Sensation press release, has won the prestigious Turner Prize for painting and received an Order of the British Empire. David Bowie Is has been seen by nearly 1.8 million people on four continents and will close at the Brooklyn Museum on July 15th.