Accessibility links
Disturb This Groove: What Is The Legacy Of Soul Music? : The Record Recent questions about R&B, covers, karaoke and cultural appropriation — ignited by an offhand comment about Bruno Mars made by Meshell Ndegeocello — get a workout on the bassist's new album.

Disturb This Groove: What Is The Legacy Of Soul Music?

Disturb This Groove: What Is The Legacy Of Soul Music? 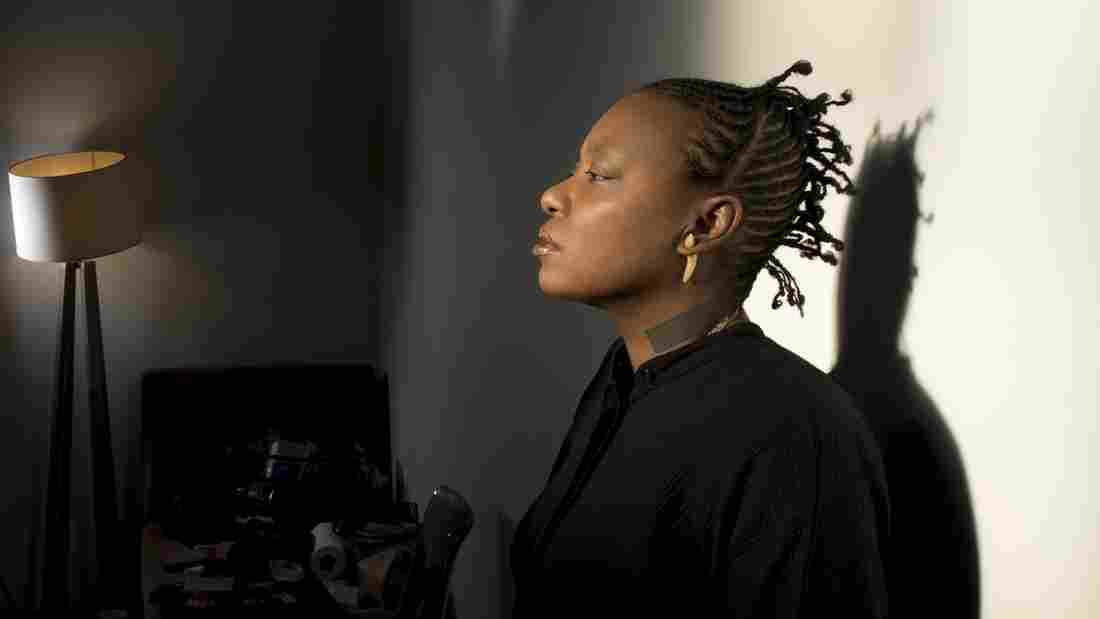 Meshell Ndegeocello's album Ventriloquism is a collection of covers of R&B songs from the 1980s and '90s. Charlie Gross/Courtesy of the artist hide caption 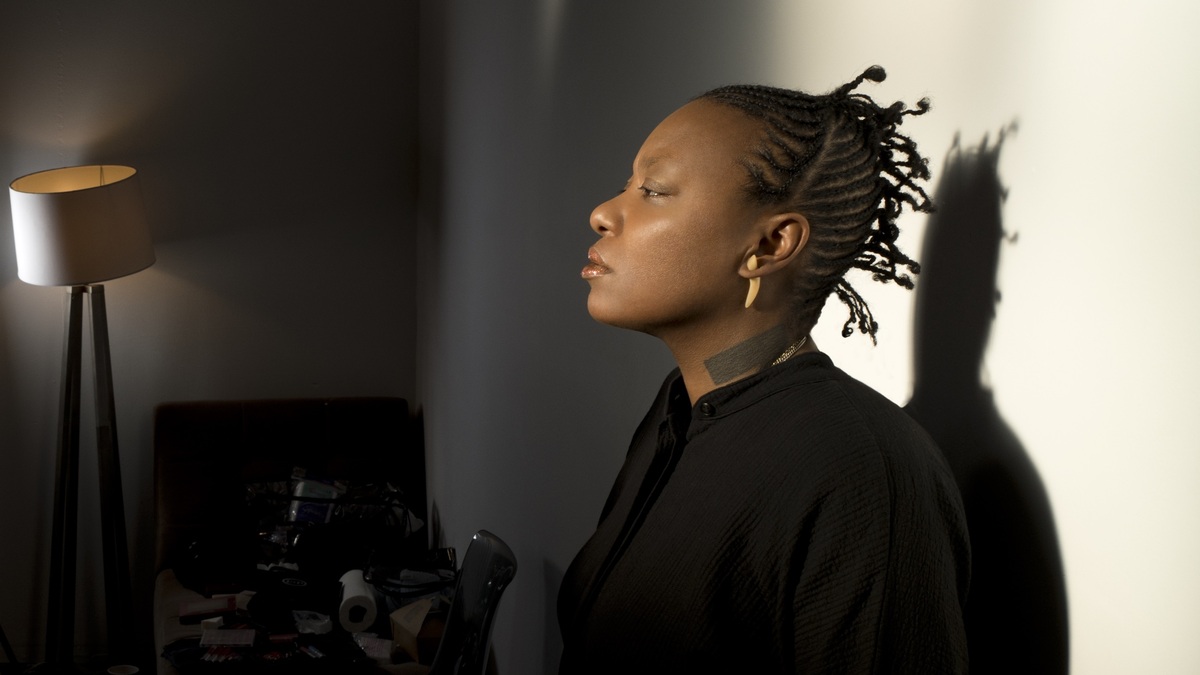 Meshell Ndegeocello's album Ventriloquism is a collection of covers of R&B songs from the 1980s and '90s.

Recently, I found myself flirting with the clerk at a clothing store. Discovering his interest in the outdoors, I remarked that I'd been reading about a great hike outside L.A., one that promised some spectacular vistas, including a waterfall. Without missing a beat, he responded "Oh, I don't go chasing waterfalls."

As gentle deflections like this suggest, great pop songs like TLC's "Waterfalls" become ingrained in our casual speech. They provide generational, even intergenerational points of reference. Anyone who has ever had an argument about whether Alanis Morisette's song "Ironic" is or not knows what I'm talking about. But the means by which such songs achieve enduring mass appeal tend to rely upon the most formulaic musical elements. As you age out of pop's target demographic, it can prove hard to remain a "poptimist." Poptimism is a sensibility that persists in finding artistic merit and emotional depth at the top of the charts. It's easy, maybe obligatory, to be a poptimist when you're 18. But as the decades roll by, and the endless recycling of styles and songs becomes ever more blatant to you, pop fandom can come to seem like the longest of long cons: built on irrepressible youthful élan, but delivering ever more of the same. 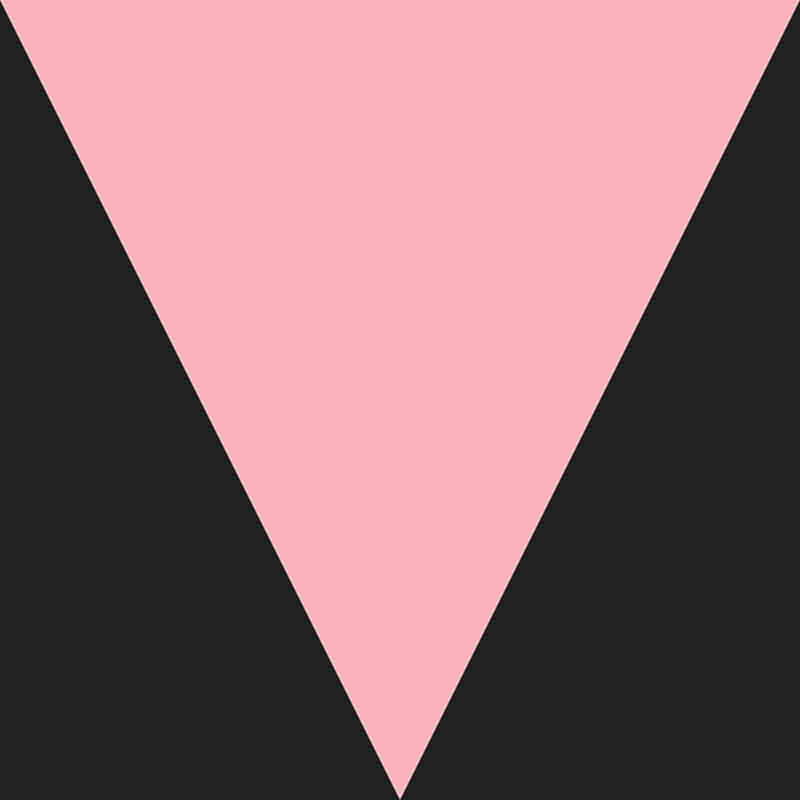 This is what makes Meshell Ndegeocello's new album, Ventriloquism, such a happy surprise. It revisits the 1985—1995 decade, when Generation X was at its zenith and songs like "Don't Disturb This Groove" ruled the airwaves. Delving into the hit parade of her youth (and mine), Ndegeocello joins the likes of George Michael, Annie Lennox and Sinead O'Connor, each of whom surprised fans with concept albums devoted to reinterpreting and redefining the American songbook. Wielding an immense sonic palette ranging from waltz to raga, from blues stomp to trap, Ndegeocello tips her hat to the originals before blasting them off into uncharted musical territory. While Ndegeocello has released an album of covers before — a tribute to the music of Nina Simone — it is still arresting to discover that she too, like everyone else, has had Al B. Sure's "Nite and Day" stuck in her ear all these years. Unlike the rest of us, however, Ndegeocello and her ace band have the interpretive chops to do something about it.

What she has done, however, has led to some fallout, following a swipe she took at Bruno Mars' recent Grammy performance, which she compared to karaoke. It was a real dig, but one that should have surprised no one familiar with the take-no-prisoners approach of her back catalog, in which she as frequently adopts the stance of moral scold as she does the oil-on-the-waters chanteuse. Songs like "Soul on Ice" and "Dead N**** Boulevard" are scathing takedowns of the delusions of neoliberal multiculturalism — in the black community and beyond. And Ndegeocello was not alone in bemoaning Mars' win. Commentator Seren Sensei pointed out the sordid history of the Grammys snubbing black originators only to later laud their non-black imitators. Across her 11 albums, a principle ambition for Ndegeocello has been to hold the liberationist promise of black music up against its debased reality, and against the music industry in particular. And although she has mellowed somewhat over time, it is clear Ndegeocello can still deliver a full-throated jeremiad.

To listen to her version of "Waterfalls," for instance, is to peel away the original's candy coating to reveal the song's bitter pith. Originally a cautionary warning against the highs and lows of chemical addiction, released in the era of crack and the early AIDS crisis, her update lets the song resonate anew amidst today's opiate crisis and digital affluenza. The accompanying video depicts a multiracial band of Generation Z shuffling through a melting polar landscape, like dutiful penguins on the march, or proverbial lemmings over a cliff. Here and elsewhere, the album sounds as much like a mea culpa as a nostalgia trip, as if admitting we Gen Xers didn't fight hard enough to forestall this bitter earth that our children are inheriting.

Not every song on Ventriloquism is a downer, but the cover image alone (a direct homage to ACT-UP's iconic "Silence=Death" HIV/AIDS activist posters) should telegraph her serious intent. Such is apparent in the opening bars of the album, a cover of Lisa Lisa & Cult Jam's effervescent "I Wonder If I Take You Home." Over a bouncing bass line, Ndegeocello repeatedly intones the phrase "take me home" with double intent, sexual and salvific. That she loves these originals is clear. But just as clear is her bid to rescue them, through reinvention, from the enormous condescension of posterity. This is the era, after all, when the soul redemption of the rhythm and blues "died," at least according to Nelson George. For Ndegeocello, by contrast, spirit never dies, which is why her music has never been "neo" soul, but more nearly a contribution to what Amiri Baraka called "the changing same." Muting the teenage bounce of Al B. Sure's "Nite and Day," and stripping the come-hither coo from Tina Turner's "Private Dancer," Ndegeocello seems to be leading a one-band mission to redeem an era of music often dismissed as over-produced, deskilled, and empty.

Mehell Ndegeocello, in other words, seems determined to achieve the reverse of her (ironic) album title. She is not really ventriloquizing or just paying homage; she is taking these familiar tunes as the basis for revelatory improvisation, in the spirit of John Coltrane's "My Favorite Things." Ndegeocello even queers the mainstream pop landscape by singing straight male lead lyrics without switching their gender. This is not a trip down memory lane. This is passing musical history through a gauntlet of fire.

The stakes here have less to do with "cultural appropriation" than with the structural racism of the American music business, which seeks to categorize, commercialize, and then quarantine rebel musicians like Ndegeocello. Like many who go ignored or misunderstood by the Grammys, she is an absolutely unclassifiable musical genius: My iPod picks a different genre — from jazz to soul to alternative — for each of her albums. Astoundingly, it also gets it mostly wrong each time, as she plays continuous changes on the very notion of a black genre. In the essay in which he coined the term "the changing same," Baraka described the angular sociality between popular "rhythm and blues" music and the black musical avant-garde as "the same family looking at different things."

In the case of Ndegeocello versus Mars, it is more a case of different families looking at the same thing: the vexed and contested legacy of soul music. Yet her dismissal of Mars' retro crooning was never about anything so simple as who has the "right" to sing the blues. Rather than a brown-versus-black turf war, it was more a question of the divide between the showman and the shaman.

As his Grammy award acceptance made clear, Mars is every inch the entertainer, one who channels the generations of black and brown people who have been obliged to sing and dance for white tourists in exotic entrêpots the world over, from Havana to Nairobi to Honolulu. Ndegeocello, equally cosmopolitan in upbringing, is every inch the uncompromising artist who wants nothing to do with this crowd-pleasing, work a day, tradition. Where Mars perfects the art of recognition, creating new music that sounds like the past note for note, Ndegecello returns to the era's actual songs and makes them sound strange again. The shaman wants to exorcise our demons, and hers. The showman just wants to bring a little razzle-dazzle into your otherwise ordinary day. Some artists manage to express both sides of the showman/shaman divide. Prince comes to mind (and incidentally, it is his song, "Sometimes It Snows in April" that Ndegeocello transforms least on the album, as if it were less a question here of reinterpretation than of rapprochement).

Yet we shouldn't be surprised to discover that the use of karaoke as an epithet remains the fraught site for some misunderstanding and even hurt feelings. Karaoke is associated with pan-Asian musical globalization, and it thus seems again like a racial gauntlet is being thrown down. In point of fact, Ndegeocello is deeply interested in a range of musical styles from the Middle East, South Asia, and beyond. Her sound is anything but exclusionary. And complicating matters here is the fact that the decade from which she chose to draw her covers from, as pop music scholar Karen Tongson notes, is karaoke's sweet spot. My own go-to karaoke song is "Private Dancer." Others of Ndegeocello picks, such as "Waterfalls" and "Smooth Operator," are reliable go-to choices for the empty orchestra. And who hasn't tried to woo a prospective boo with a drunken karaoke rendition of "Nite and Day" or "Tender Love?" I even quipped to a friend, before hearing it, that Ventriloquism would be Ndegeocello's "karaoke album."

Clearly it isn't, but the proximity between rock authenticity and karaoke sincerity can be close enough to cause confusion at times. Like a raucous evening of karaoke, Ndegeocello is getting us into our feelings about a songbook, revealing dangerously personal and intimate meanings. Arguably on this score, Mars isn't karaoke at all: He is taking a (relatively) underappreciated musical tradition and blowing it up to the largest scale possible, at the risk of standardization and dilution. The battle won't be resolved anytime soon. But, at least for now, it is pretty clear where Ndegeocello stands.

One thing the black music vanguard that Ndegeocello represents is loath to do is directly mimic an earlier style, hoping to pass it off as new to the unwary. She also gave up long ago chasing the waterfall of mass fandom and Grammy ratification. Ventriloquism may be as close to poptimist as she gets, but she remains determined never to make it easy for us.

Tavia Nyong'o is completing a book of essays on music, tentatively titled Hear is Queer. He is professor of American Studies at Yale.