Accessibility links
José Antonio Abreu, Venezuelan Who Envisioned Musical Education For All, Dead At 78 : The Record Abreu began El Sistema in Venezuela in 1975 with fewer than a dozen students — 40 years later, his system has been used throughout the world to unite children through musical education.

José Antonio Abreu, Venezuelan Who Envisioned Musical Education For All, Dead At 78

José Antonio Abreu, Venezuelan Who Envisioned Musical Education For All, Dead At 78 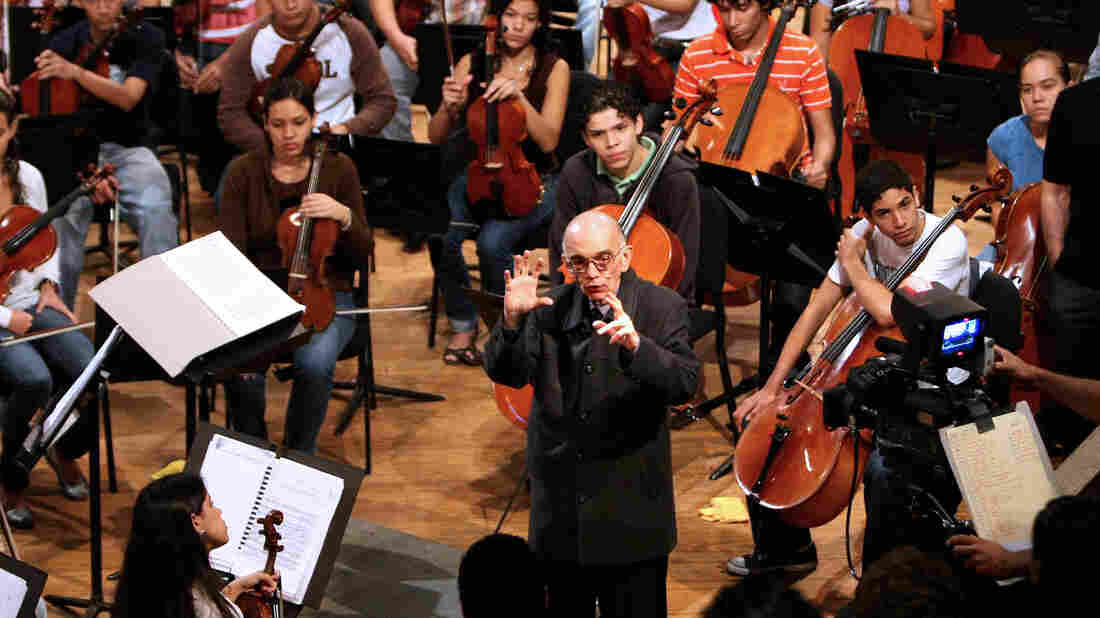 Venezuelan conductor and composer JosÃ© Abreu delivers a speech to the young musicians of his orchestra in Caracas, Venezuela in January, 2009. Abreu was the founder of "El Sistema," an educational framework intended to extend musical instruction to children, regardless of their background. Thomas Coex/AFP/Getty Images hide caption 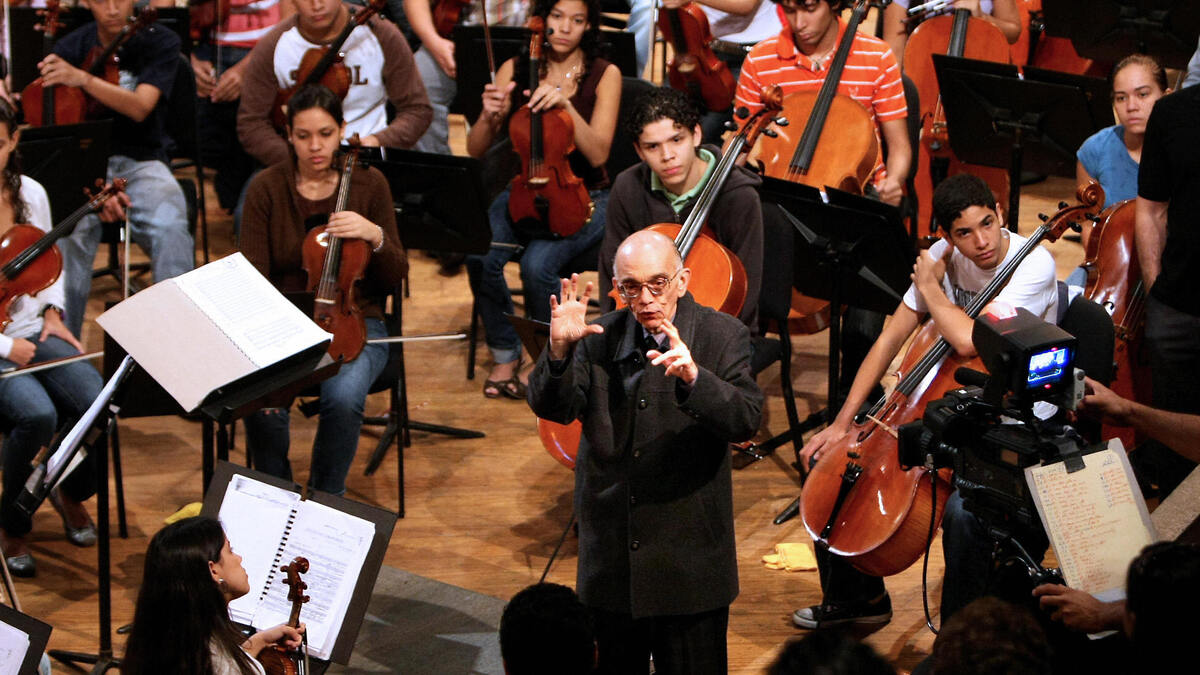 Venezuelan conductor and composer JosÃ© Abreu delivers a speech to the young musicians of his orchestra in Caracas, Venezuela in January, 2009. Abreu was the founder of "El Sistema," an educational framework intended to extend musical instruction to children, regardless of their background.

José Antonio Abreu, the Venezuelan musician, economist and educator who created the acclaimed network of youth orchestras known as El Sistema, died Saturday at age 78. Abreu's death was announced by El Universal, the Caracas-based newspaper run by his brother Jesus Abreu. The country is observing three days of national mourning.

El Sistema, Abreu's globally lauded "system," with over 300 teaching locations, has taken hundreds of thousands of disadvantaged children in Venezuela under its wing, instructing them in classical music within numerous choirs and orchestras.

The El Sistema approach has been widely copied in Europe and North America and enthusiastically championed by Abreu's most successful protégé, Gustavo Dudamel, the music director of the Los Angeles Philharmonic, who continues to tour the Venezuelan Youth Orchestra worldwide.

"The music and arts have lost one of its brightest figures," Dudamel told the Los Angeles Times. "Maestro Abreu taught us that art is a universal right and that inspiration and beauty irreversibly transform the soul of a child." Dudamel got his start playing the violin in one of Abreu's youth orchestras, and by age 13 he was the assistant conductor of the local chamber orchestra. At 17 he was made music director of the Simón Bolívar Youth Orchestra.

El Sistema, while separate from the Venezuelan government, has relied on state funding and has not been immune to the country's ongoing political upheaval. In 2017, Dudamel, in an open letter, spoke out against the hard line positions of Nicolás Maduro, saying "enough is enough." His letter came one day after reports were published in Venezuela that a young El Sistema violinist named Armando Cañizales was killed in a Caracas street protest. Later, officials cancelled Dudamel's 2017 tour with the Venezuelan Youth Orchestra. "We are deeply moved by the physical departure ... of Maestro Abreu," said Venezuelan President Maduro on state television, Reuters reported.

Abreu was born May 7, 1939 in Valera, Venezuela, where he began studying music at age nine, before moving to Caracas. At 25, Abreu was given the titles of master composer and teacher, according to his El Sistema biography. From there, he studied conducting and economics, a career path which afforded him inroads into governmental management, laying the groundwork for the foundation of Youth Orchestra of Venezuela, now known as the Simón Bolívar Youth Orchestra.

With just a handful of students in an empty parking garage, Abreu began El Sistema in 1975.

"Since I was a boy in my early childhood, I always wanted to be a musician," Abreu said in his acceptance speech for the 2009 TED Prize, "and thank God, I made it. From my teachers, my family, and my community, I had all the necessary support to become a musician. All my life I've dreamed that all Venezuelan children would have the same opportunity I had."

He continued: "Today we can say that art in Latin America is no longer a monopoly of elites and that it has become a social right a right for all the people ... To sing and to play together means to intimately coexist."