Accessibility links
Mary Halvorson Re-Engineered Jazz Guitar. Now, She's Hacking Her Own Code : The Record Both as a player and composer, Halvorson has a decade-strong reputation as one of her field's least predictable. Her latest release, Code Girl, might be her most startling move yet. 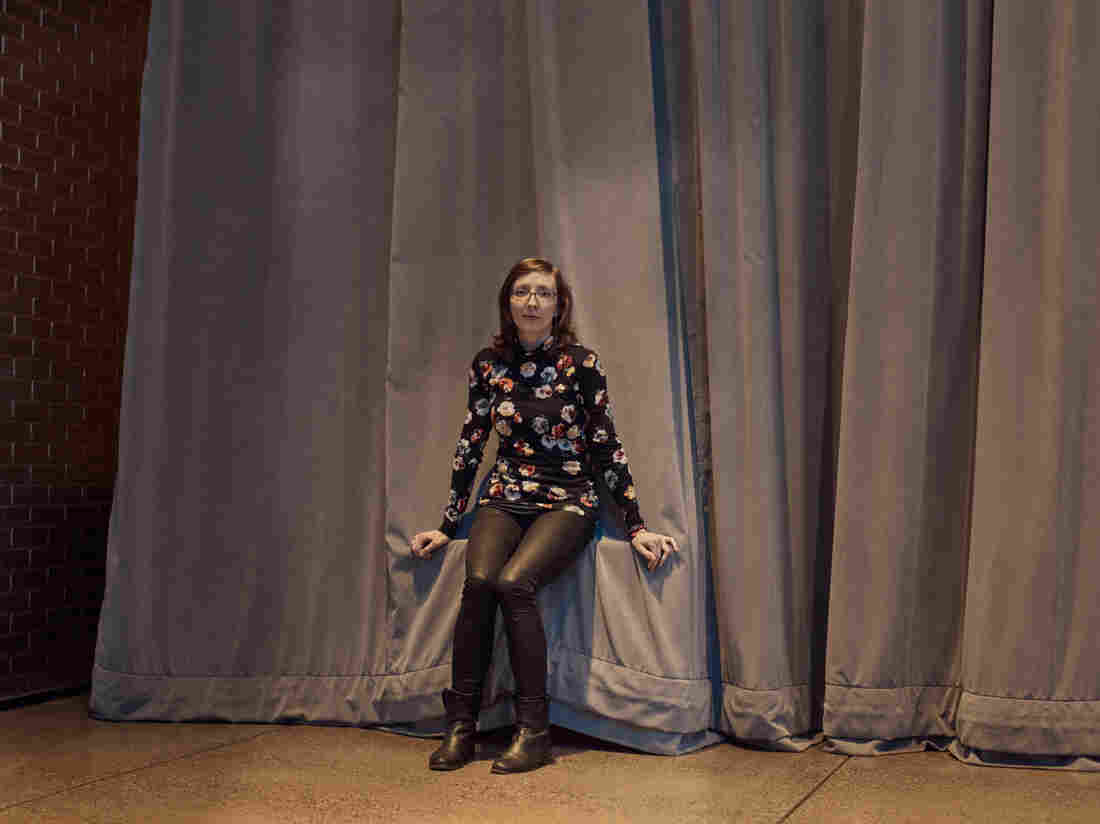 Mary Halvorson at The Andy Warhol Museum in Pittsburgh in March, just before a performance of songs from her latest album, Code Girl. Ross Mantle for NPR hide caption 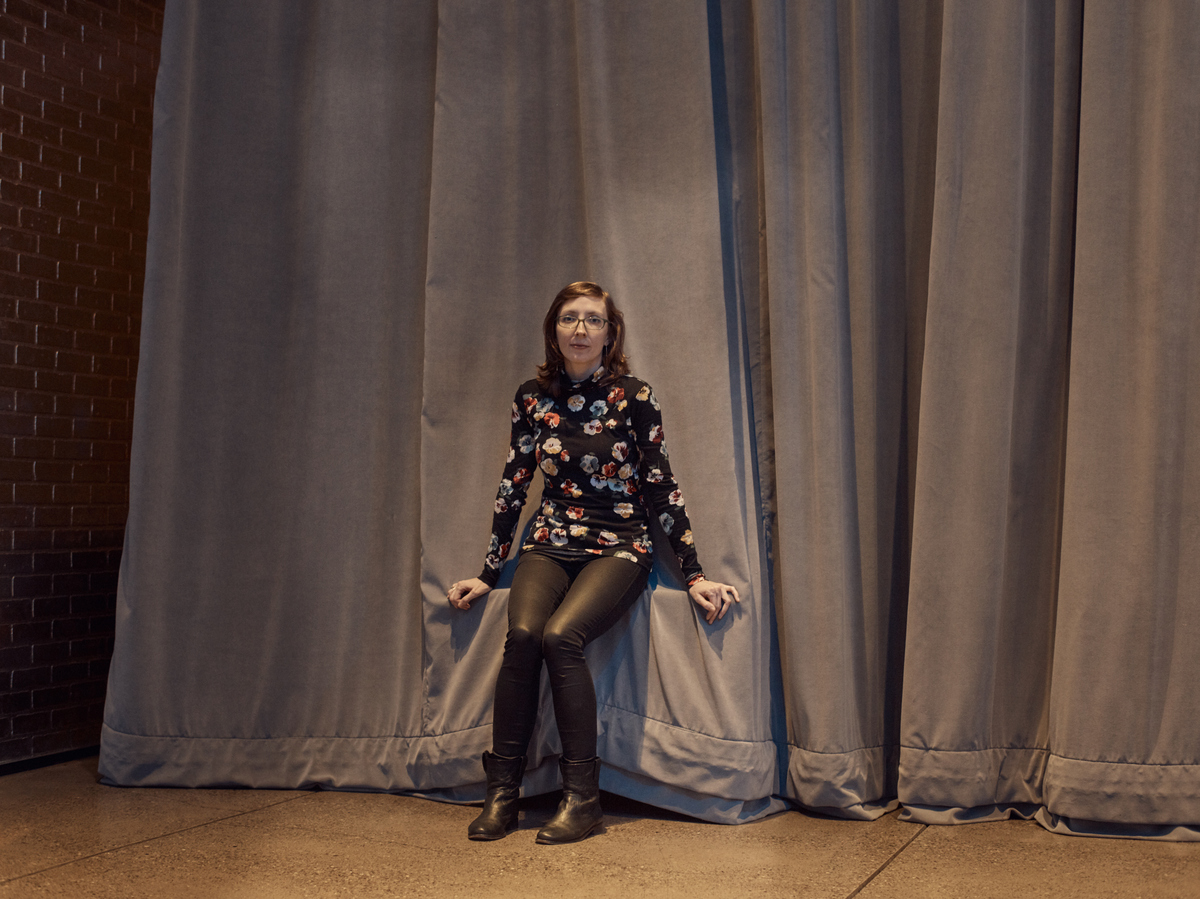 Mary Halvorson at The Andy Warhol Museum in Pittsburgh in March, just before a performance of songs from her latest album, Code Girl.

There's a telling admission about a minute and a half into Code Girl, the riveting new double album by Mary Halvorson. It arrives after she sets a mood on guitar, using pedal effects to loop her lines into a web — a tactic you'll recognize if you know her heralded work as an improviser.

"It is not predictable, my mind," goes the line in question, from a song called "My Mind in Time." And the message in that refrain, sung with penetrating calm by Amirtha Kidambi, feels almost self-fulfilling. Halvorson's music has always had the capacity to surprise, but Code Girl amounts to the most startling move in her solo career. It's clearly the work of an unpredictable mind, and a personality drawn at once to unruly possibility and fastidious detail.

The album, just out on Firehouse 12 Records, features Halvorson and Kidambi alongside Ambrose Akinmusire on trumpet, Michael Formanek on bass and Tomas Fujiwara on drums. These are all musicians rooted in the jazz tradition, though hardly constrained by it. Mobilizing here around a batch of songs bearing Halvorson's original lyrics, something for which she isn't widely known, they create a music staunchly unplaceable in style — art-rock? avant-prog? — and mysterious in several other respects.

"It's a departure in the sense that it was a totally new concept," Halvorson said of Code Girl recently. "I had no idea what was going to happen, because I wrote the lyrics first. Then when I thought, 'OK, I'm going to turn these into songs,' it was a big question mark."

Halvorson was speaking in a practice room at the New School for Jazz & Contemporary Music, where she teaches a course called Improvisation Ensemble. She'd just returned to New York City after playing a pair of concerts in Pittsburgh, Pa. and Columbus, Oh. — the first public dates by the Code Girl crew since recording the album a little over a year ago. "The more we play," she said, "the more I realize it's more related to my other bands than I'd previously thought."

Those other bands have been important fixtures on the experimental landscape over the last decade. Along with the acclaimed Mary Halvorson Trio, they have included ensembles of five, seven and eight pieces; her previous release, Away With You, featured an octet. She has also made a category-exploding solo guitar album, Meltframe, and worked with a broad array of collaborators, from the multi-reedist Anthony Braxton to the mezzo-soprano Alicia Hall Moran. 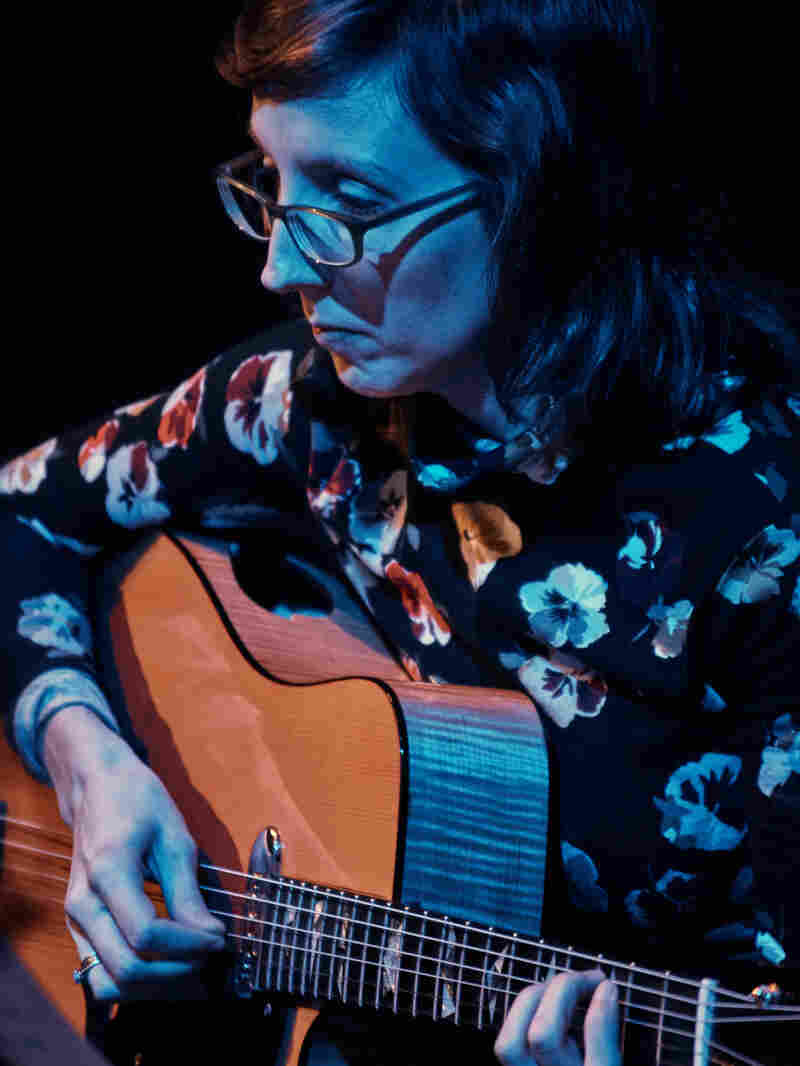 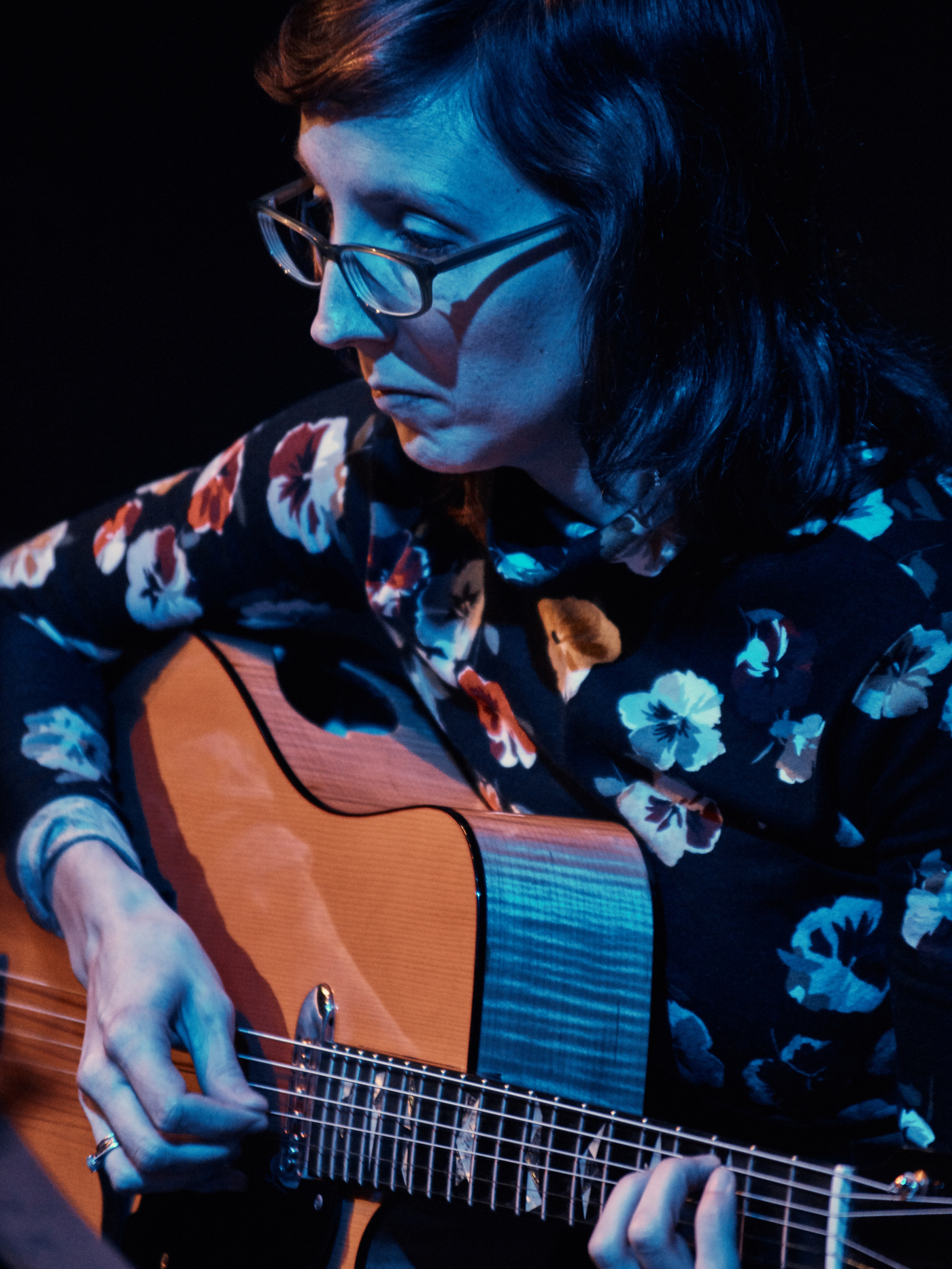 It was a stray remark from Braxton, Halvorson's august mentor, that led her to the term "code girl." A few years ago she was on a European tour with his band when he uttered the phrase in conversation. Without knowing the context, she jotted it down in a notebook. Later, it struck her as a perfect fit for her ambitious foray into songwriting — "because at that point I'd written a lot of the lyrics," she recalled, "and they seemed a little bit coded and strange."

Though she generally works within a jazz matrix, Halvorson has also been deeply influenced by songwriters like Robert Wyatt and Elliott Smith. She's even put herself out there as a singer-songwriter of sorts, in an underground band called People and a more chamber-folkish duo with violist Jessica Pavone. But the songs on Code Girl represent another order of ambition, coming as they do with the full force of her concentration as a composer and arranger.

They're also lyrically intense, not in a confessional sense but in their use of syntactical imbalance and sly connotation, along the lines of language poetry. "My Mind in Time" sketches an oblique portrait of sanity slipping away. A song called "Deepest Similar" rearranges some found text — a remorseful note from an old ex. "Pretty Mountain" is an expression of road-weariness and nostalgia, drawing on correspondence from a pair of friends. "The Unexpected Natural Phenomenon" is an outlier in that it actually recalls a firsthand experience, when Halvorson was swimming in a large pond and was engulfed by a sudden deluge.

That they often don't feel abstracted is partly to the credit of Kidambi, a vocalist whose frame of reference includes Hindu devotional music, classical modernism and visionary free jazz. Her delivery of these songs is direct and charged with feeling, even when the lyrics are pointedly abstruse. "I loved that there wasn't an imposed sort of emotional content or narrative," says Kidambi. "I'm really into ecstaticism; I like something on the edge that can be unhinged." 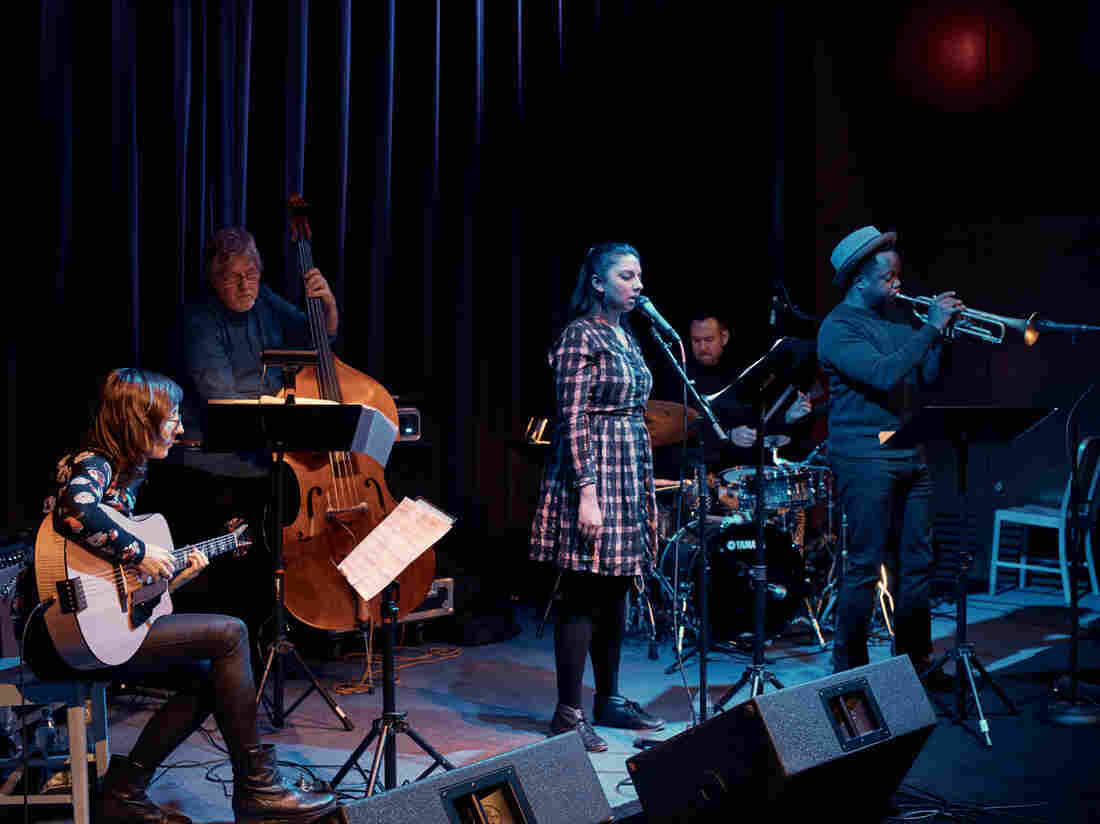 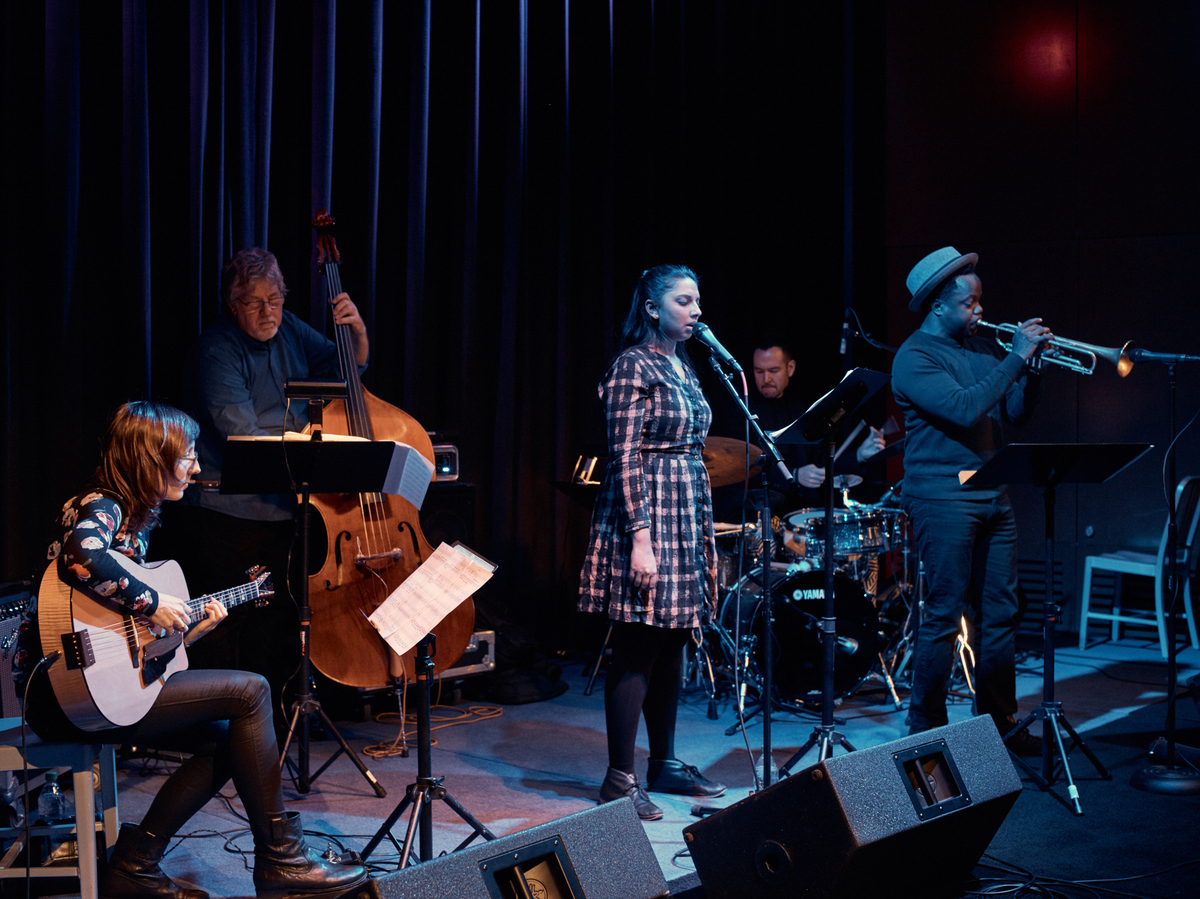 Every member of the ensemble on Code Girl exercises a similar license, while remaining true to the material. Akinmusire, a Blue Note Records artist typically heard in a post-bop framework, applies a range of expressive texture and shading. Formanek and Fujiwara, who also work alongside Halvorson in the collective trio Thumbscrew, bring tactility and tension to the rhythmic pull of the songs.

"There's a level of familiarity with Thumbscrew which allows me to feel totally free to go off the deep end," Halvorson said approvingly. Along with its part in Code Girl, Thumbscrew will release a thematically linked pair of albums this spring: Ours, a set of new originals, and Theirs, a collection of reimagined standards by the likes of Benny Golson and Wayne Shorter. (Thumbscrew will make its debut at the Village Vanguard in July.)

Just after our conversation, Halvorson took Code Girl on tour in Europe, followed by dates in Boston and New Haven, with Adam O'Farrill capably filling in for Akinmusire. The band plays its New York album-release show at the Jazz Standard on Tuesday and Wednesday, and will appear (with Akinmusire back in the ranks) at this summer's Newport Jazz Festival. 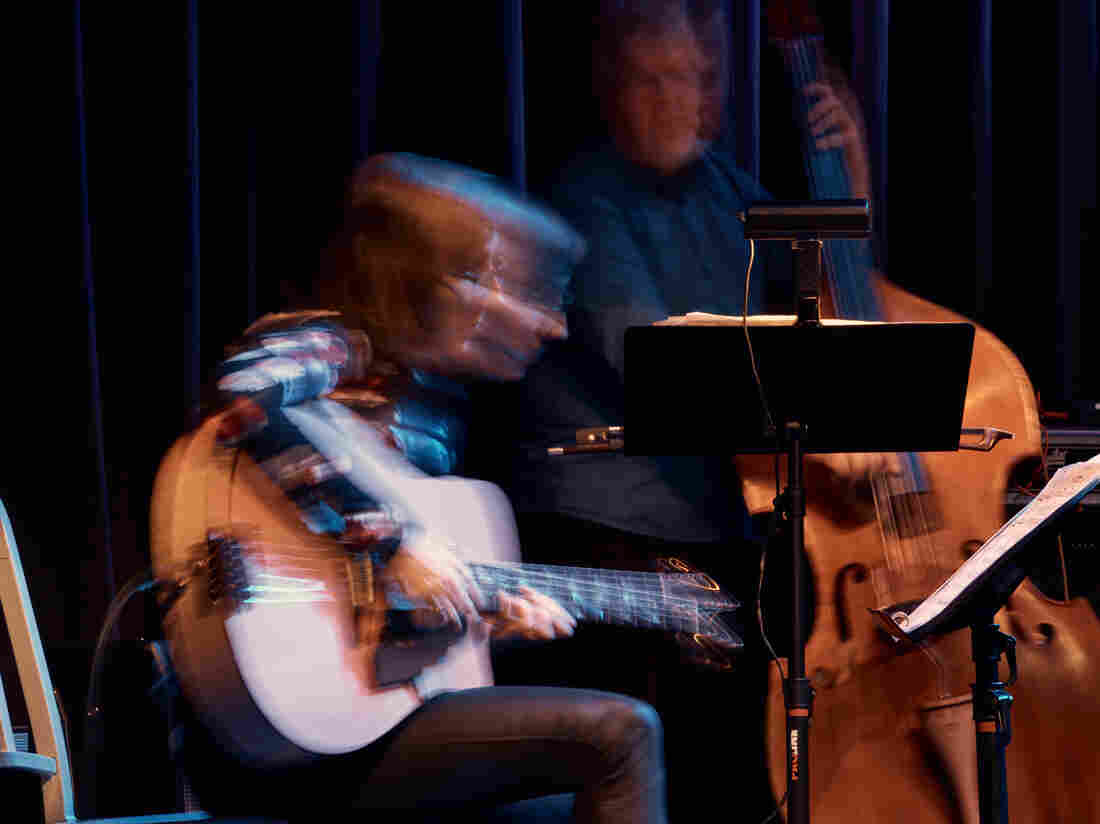 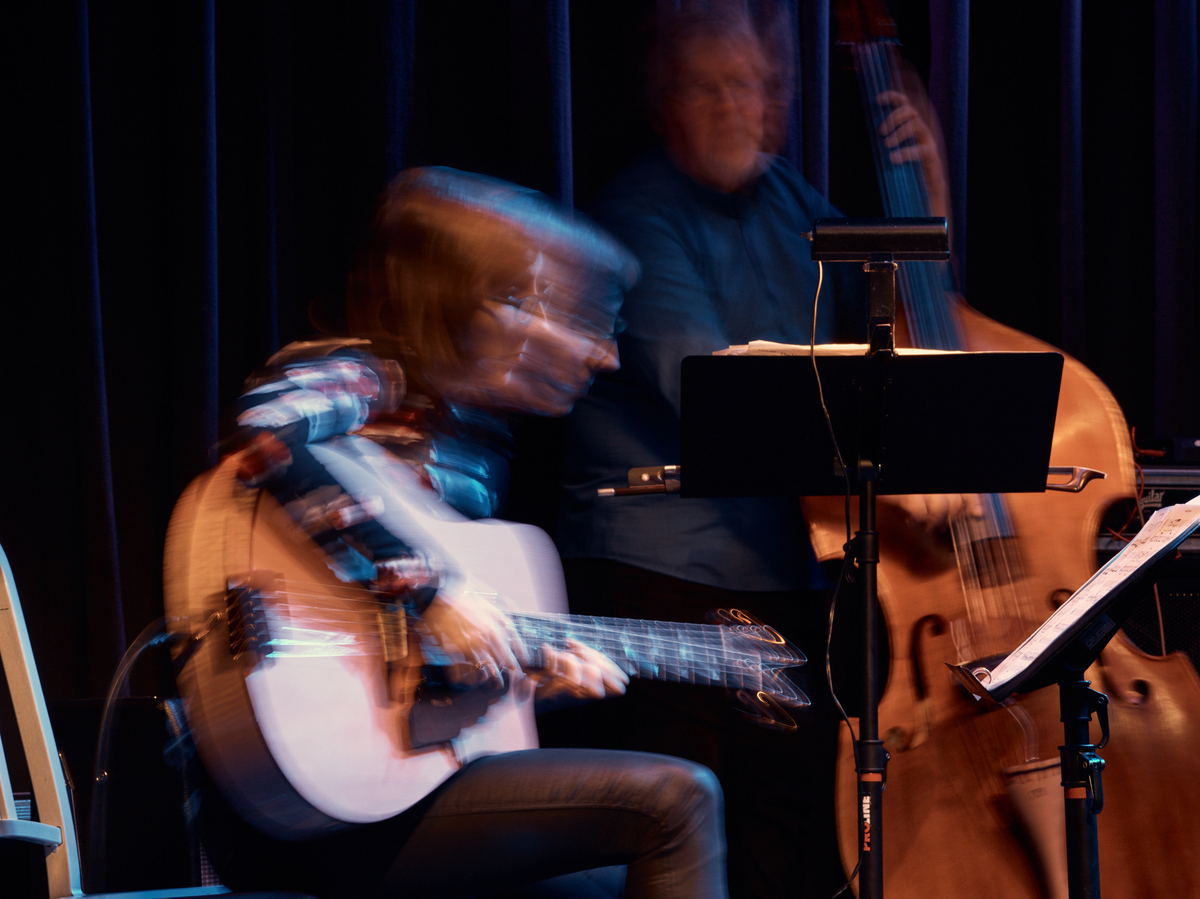 Kidambi, speaking the day after the band's New Haven show, said the music had already revealed more of itself in performance. "It shows what the possibilities can be for something that's still in the realm of songs," she said. "Some songs are eight pages, some are three, but you wouldn't know the difference because there's so much stretching out."

Halvorson hit on a similar observation about the pliability of the material, suggesting that this had come as a surprise even to herself. "I knew there would be improvisation, but the direction has been way more open," she said. "As we play shows, I'm seeing it go more and more in an improvisational direction within the framework of the songs."

In other words, she implied, there's still a code to be cracked in this music. "And I'm really enjoying that."