Accessibility links
Citing 'Pattern Of Abuse' By R. Kelly, Dallas Woman Delivers Evidence To Police : The Record Attorney Lee Merritt, on behalf of his anonymous 20-year-old client, held a press conference today during which he accused the singer of abusing his client over the course of their relationship. 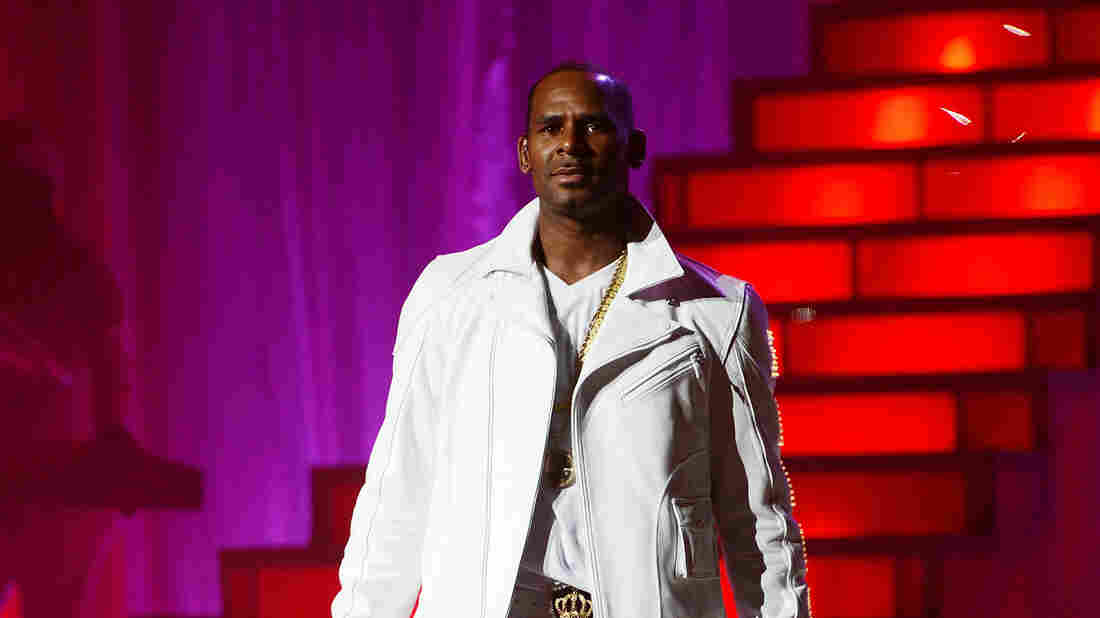 R. Kelly, performing on November 21, 2012 in New York City. The lawyer of a woman accusing Kelly of assault held a press conference on April 18, 2018 in Dallas, Texas, to announce he would be filing a federal civil complaint would be filed against the singer. Jason Kempin/Getty Images hide caption 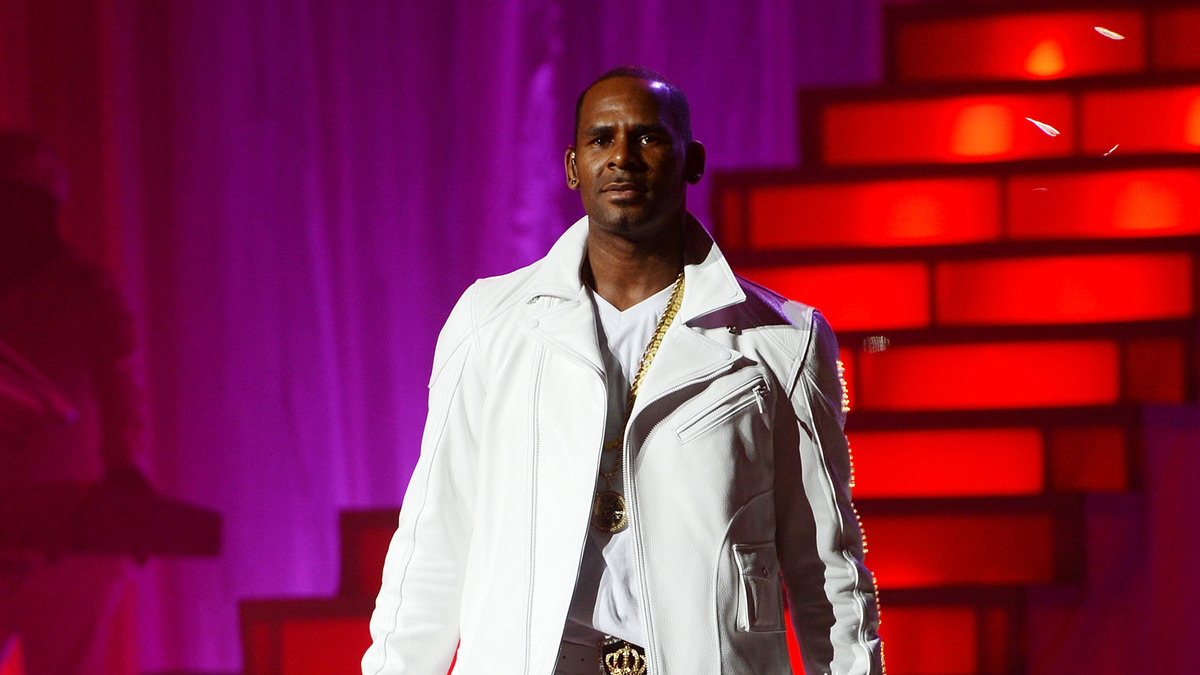 R. Kelly, performing on November 21, 2012 in New York City. The lawyer of a woman accusing Kelly of assault held a press conference on April 18, 2018 in Dallas, Texas, to announce he would be filing a federal civil complaint would be filed against the singer.

A Dallas woman, wishing to remain anonymous, claims she was emotionally manipulated and knowingly given a sexually transmitted disease by singer R. Kelly during an 11-month relationship she had with the singer.

Lee Merritt, the attorney for the 20-year-old woman, has turned over evidence to Dallas police hoping that the department will bring criminal charges against Kelly, who Merritt claims "intentionally and knowingly" transmitted herpes to his client, served her alcohol while underage and provided her with illegal substances.

The woman, 19 years old at the time, says she met Kelly while attending one of his concerts in Dallas last March. She was picked out of the crowd and invited backstage by some of his assistants, and exchanged information with Kelly after meeting. Merritt claims it was the beginning of him grooming her to be a part of a so-called "sex cult" at his home in Chicago, allegations of which were first reported by BuzzFeed last year.

"The pattern of abuse my client was subjected to was not unique to her," Merritt said. "But it reflects a pattern of behavior that Mr. Kelly has engaged in for many years. He sought her because she was young, impressionable and he could take advantage of her."

Though their relationship is said to have been consensual, a person who knowingly transmits a sexually transmitted disease to another person without first disclosing it can be charged with assault in several states, including Texas.

A request for comment from Kelly's representatives and his record label, RCA, was not immediately returned, though a representative for the singer told the Washington Post that Kelly "categorically denies all claims and allegations" made by the Dallas woman. He has, through representatives, denied all allegations of sexual misconduct made against him. 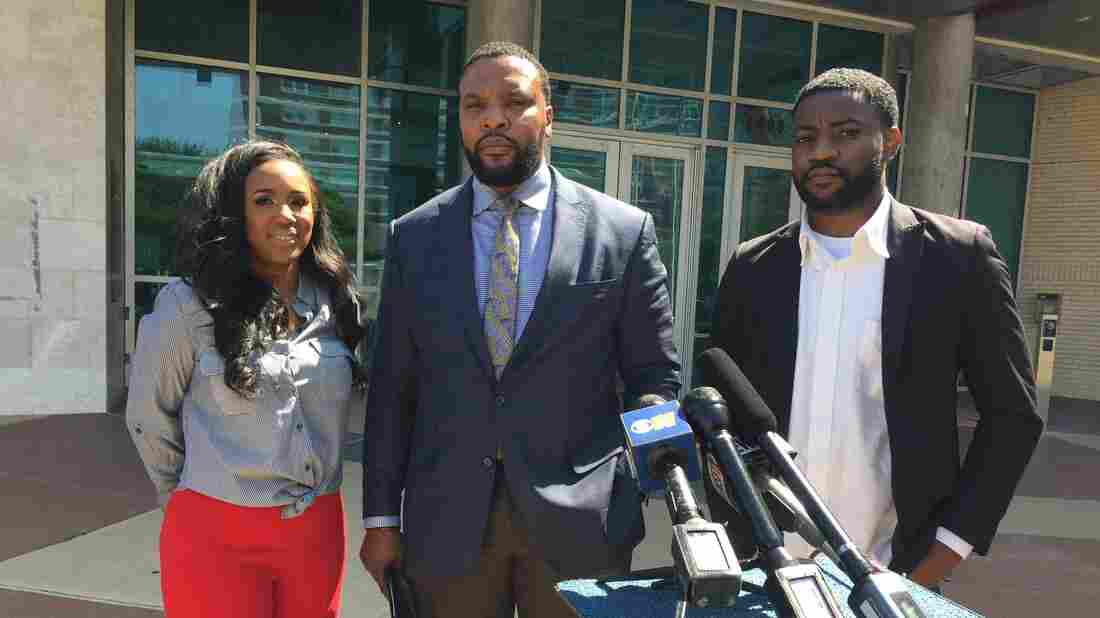 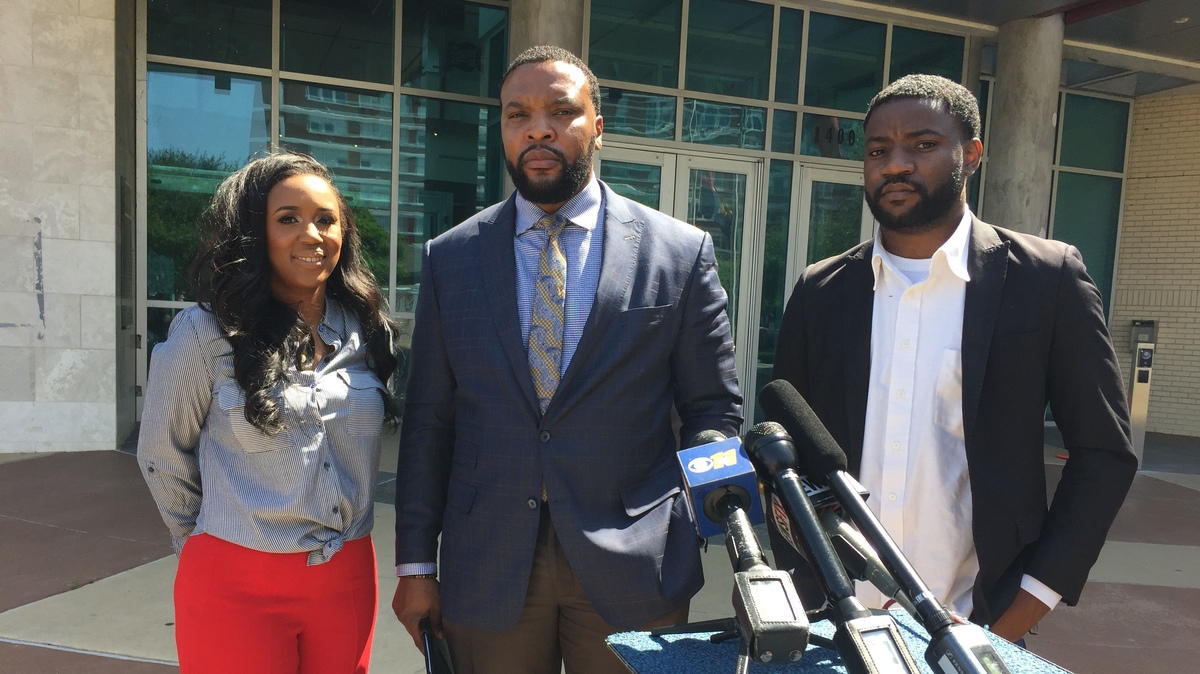 From left: K.C. Fox, Lee Merritt and Dominique Alexander stand outside of the Dallas Police Department headquarters on April 18, 2018.

"It wasn't just sex, he sought to exert psychological dominance over her," Merritt said in a press conference held outside the Dallas Police Department's headquarters this morning. "Kelly sought my client before she knew she was prey, using a series of tactics that he has honed over two decades as a seasoned predator."

The woman filed police complaints against Kelly after taking an STD test and testing positive for the disease earlier this year, Merritt said. She claims to have contracted the disease after his visit to Dallas last December, and says Kelly was the only person she'd had a sexual relationship with over the past year.

K.C. Fox, a women's rights activist, attended the press conference and said she's gotten to know the 20-year-old woman, who Fox says comes from an upper-middle-class family and isn't seeking money from the singer.

"Whatever it is they want to become, he says he's going to help facilitate that," Fox said. "We've yet to see the fruits of those labors. He's a mass manipulator, a predator and now time's up."

Last August, some of Kelly's tour stops were canceled with no reason given after the singer was accused in a BuzzFeed article of brainwashing a young woman in what her parents called an abusive "cult." In 2008, Kelly was acquitted of child pornography charges, when he was accused of videotaping himself having sex with an underage girl.

Merritt has represented clients like Jacqueline Craig, whose arrest by a Fort Worth police officer went viral last year, and the family of Jordan Edwards, who was killed by a Balch Springs police officer.

"R. Kelly has gotten away with it over and over again," Merritt said. "And although there is ample evidence, this pattern that we've described that happened to our client is replicated in every other city."