Accessibility links
John 'Jab'o' Starks, Classic James Brown Drummer, Dead At 79 : The Record The drummer was, alongside Clyde Stubblefield, the rhythmic backbone to one of James Brown's most prolific and iconic eras. 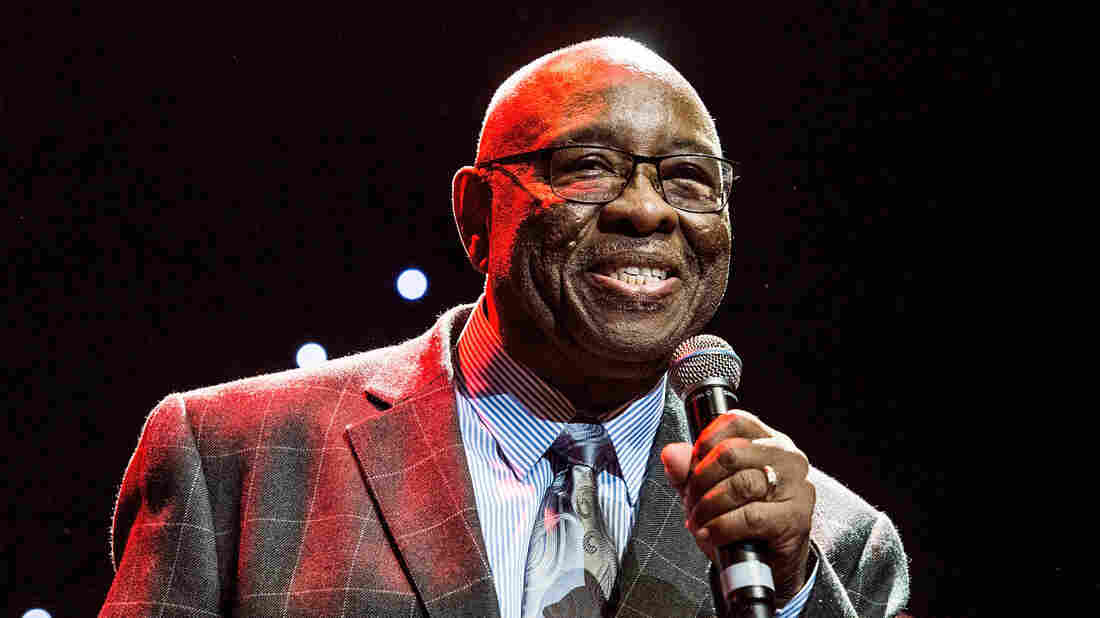 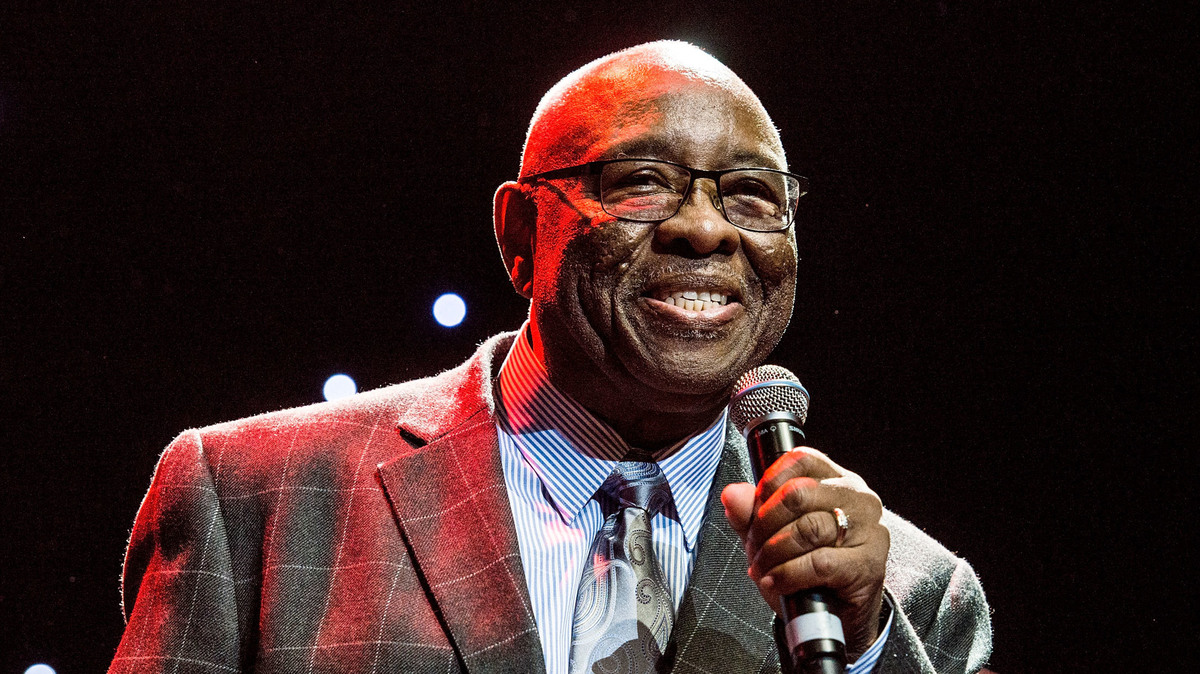 John "Jab'o" Starks, onstage in January 2017 in Los Angeles. The drummer died Tuesday at his home in Mobile, Ala.

Jab'o Starks, the drummer who provided the steady beat for James Brown's iconic mid-'60s band and who stayed with the King of Soul through the early '70s, died at the age of 79 Tuesday morning at his home in Mobile, Ala. According to his manager, Kathie Williams, Starks was diagnosed with myelodysplastic syndromes, a bone marrow disorder, in January 2017, which developed into acute leukemia one week ago, after which he entered hospice care.

Starks, whose given name was John and whose nickname is sometimes spelled "Jabo," joined James Brown's band in 1965. He became the group's fifth drummer just months before Clyde Stubblefield became its sixth. in August of that year. Starks and Stubblefield's rhythmic partnership became the foundation of a lifelong friendship — "brothers," as Starks told an interviewer in 2013. Stubblefield died in February 2017. The pair played together for decades, most recently as Funkmasters.

Starks was raised in Mobile, where he taught himself the drums. "I used to go to the 'holiness' church when I was up in the country with my grandmother," Starks observed in the James Brown biography The One, by RJ Smith. "I went almost every Sunday because I loved to hear the rhythms they were using. That's basically where a lot of it comes from for me. That sanctified rhythm influenced my playing."

Starks was mentored on the kit by Cornelius "Tenoo" Coleman, who had played with Fats Domino, including drumming on Domino's indelible hit "Ain't That a Shame." After that mentorship, Starks played in Alabama with some of biggest names in blues history, including Howlin' Wolf, Big Mama Thornton and John Lee Hooker. In the late '50s, he began backing the R&B/soul singer Bobbie "Blue" Bland. Starks later pointed out how large the shadow of James Brown loomed over artists, which was clear while he was touring with Bland. "If James Brown was in front of you, you could give it up," he said in a 1995 interview with WGBH. "You weren't going to draw anybody. If he was coming behind you, you still didn't draw anybody."

Upon joining Brown's band, Starks found a mentor again. This time it was Clayton Fillyau, a former drummer for Brown who was driving the tour bus at the time Starks joined. At bar sessions, Fillyau would show newcomers the ropes by tapping on the bar or their arms.

The reason for the vast number of drummers in the band at the time Starks and Stubblefield joined was leverage, the two told NPR's Morning Edition in 2015. "The saying was, when Clayton Fillyau was the drummer with James, he had just one drummer, one guitar player, one bass player," Starks said. "They was about to not play; they were rebelling against James for something ... so he had to agree with them. And they said he made a statement after then: 'I'll never be caught without two of everything.'"

After Stubblefield and Starks began playing with Brown, however, the drumming ranks began to dwindle, until there were two.

"We don't get in each other's way, we just groove with it," Starks is quoted as saying in The One. Starks "handled the blues, the standards, the set tunes," Smith wrote, while Stubblefield would root the set's longer jams. Despite that assertion, Stubblefield said of his counterpart: "Jabo is a groover."

That clockwork-steady groove is clear on songs that Starks was central to, like "Get on the Good Foot" and "The Payback," which both became No. 1 hits for Brown in 1972 and 1974, respectively.

Asked whether Starks performed after his MDS diagnosis forced him to cancel shows early last year, manager Kathie Williams says, "Of course he did." His final performance was in March at the Red Bar in Grayton Beach, Fla.