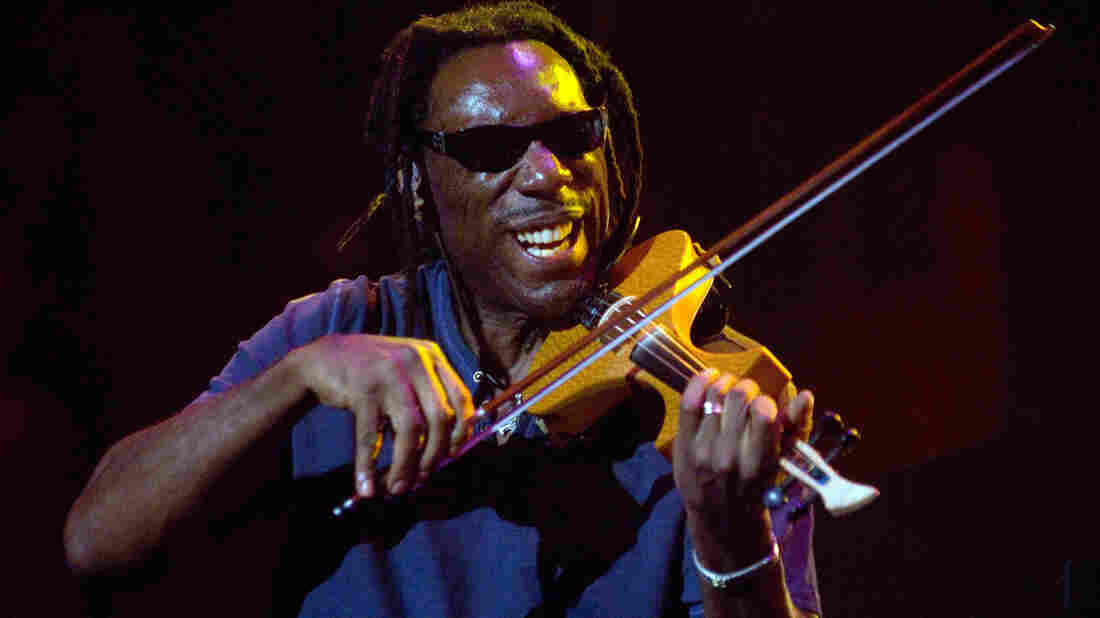 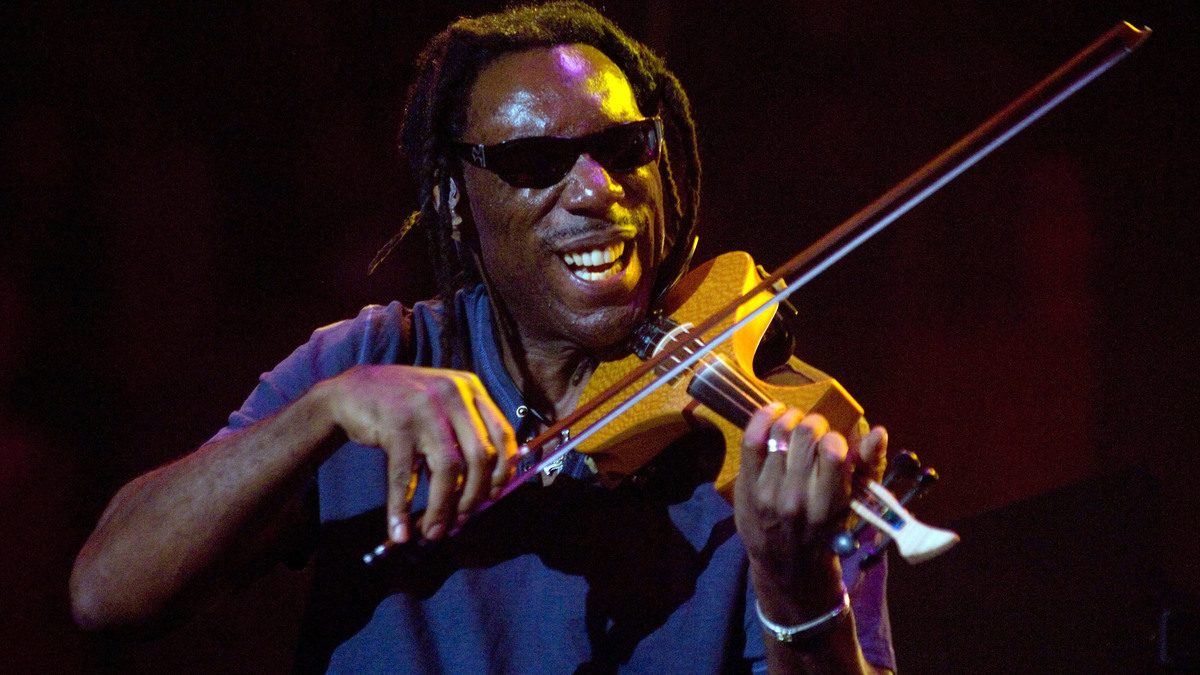 Boyd Tinsley, performing with the Dave Matthews Band in New York City in 2009.

Violinist and mandolinist Boyd Tinsley is best known for his quarter-century of work as part of the Dave Matthews Band. But a trumpeter who used to play in Tinsley's side band, Crystal Garden, has filed a lawsuit claiming that Tinsley sexually harassed him repeatedly during his time in the group.

Trumpeter James Frost-Winn filed a suit on May 17 in Washington state's King County Superior Court. In it, Frost-Winn claims that in late 2016 Tinsley masturbated next to him as he lay asleep. Other episodes of harassment, which Frost-Winn says happened repeatedly between April 2015 and August 2016, included making explicit sexual comments verbally and by text, touching him, and telling the much-younger musician that he "owed" Tinsley for the lifestyle and career the violinist provided him.

In the suit, Frost-Winn is alleging sexual harassment, creation of a hostile work environment and retaliation against an employee.

Tinsley and his wife, Emily, have two children. On Friday afternoon, he gave a statement to NPR via a publicist: "I'm truly hurt by the one-sided account that appeared on a blog about me yesterday. I only wish the reporter had spoken to me first, so they would have heard the truth. I will defend myself against these false accusations. I can only assume the motivation for the article and the lawsuit filed against me. These accusations have caused embarrassment for my family, my friends and my fans. I will fight both in and out of court to repair the damage that has been done."

Frost-Winn, who is now 28 and based in Seattle, says that he first met the 54-year-old Tinsley in 2007, when he was homeless and busking on the streets of San Francisco. Frost-Winn says that as the years progressed, Tinsley made a habit of meeting up with him and showering him with gifts when he was in town, and eventually started flying him to other cities.

In the autumn of 2014, Frost-Winn says, Tinsley asked him about being in a band together, a project which became Crystal Garden; in the suit, he asserts that Tinsley told him repeatedly that he started the band specifically for Frost-Winn's benefit, and that Tinsley also had plans for both a film documentary and a book about the "boy band."

In a 2016 interview with JamBase, Tinsley said Frost-Winn was the first musician he selected for the new project: "When I decided to do this band, I was thinking for a while, and realized I should get James. So James became the first person."

According to Frost-Winn, Tinsley encouraged him and his new bandmates to move to Seattle to help the group coalesce; the trumpeter lived with his new bandmates, and says that Tinsley paid for all of their expenses. Over time, Frost-Winn asserts, the violinist displayed some unsettling behavior, including making a theoretically jokey comment about needing oral sex from the trumpeter, as well as demanding Frost-Winn's and other band members' dirty socks and the trumpeter's used underwear.

The trumpeter claims that Tinsley's misconduct culminated in November 2015 during a recording session one night at Tinsley's home and recording studio in Virginia. Tinsley allegedly grew frustrated with bassist Charlie Csontos, another Crystal Garden band member, and smashed a vintage guitar, saying that the young men would be more famous if "they just did what he told them to do." Frost-Winn says that he and Csontos calmed Tinsley down, and they continued working and recording until the next morning.

The trumpeter says that after some hours of being in shock, he went to talk the group's engineer, Craig Conard, and that Conard told him that he was "disgusted" by Tinsley's behavior, allegedly adding that Frost-Winn might have to leave the band, and that Tinsley "would likely need to pay" the trumpeter "to keep him quiet about this." Frost-Winn alleges that he also told the group's bassist, Charlie Csontos, about the incident; according to the plaintiff, Csontos also says that he was "disgusted" and said that "something similar had happened to him" with Tinsley, "and that he had almost quit the band as well."

Eventually, Tinsley coaxed Frost-Winn back into a conversation by saying that he had mixed up some pills and was "messed up." Frost-Winn demanded that he be put on a flight back to Seattle, which Tinsley provided; the older musician also allegedly professed that he would try to regain the trumpeter's trust and friendship.

Over the next few months, Frost-Winn says that he tried to put the incident behind him, and again began accepting gifts from the older musician, including a new iPhone and cell phone service.

By June, Tinsley was again allegedly sending Frost-Winn suggestive texts. "Don't mention to your band mates, but I need your face ... You've got this magnetic attraction. Can you take some pics and vids of yourself and sent to me? It's really hot when you wear dirty socks, btw."

Frost-Winn replied, "I can send you some photos." According to the suit, he sent Tinsley some head shots; he says that he continued to try to put Tinsley off by making it clear that he wasn't interested in a sexual relationship and shrugging off Tinsley's overtures as jokes.

Frost-Winn quit Crystal Garden shortly afterwards. In the suit, he says that he became depressed and suicidal after leaving the band.

I need to take a break from the band & touring 2 focus on my family & my health 4 a while. I will miss you guys & my brothers in the band but I’m somewhat worn out & need 2 spend more time with my family & 2 bring more balance to my life. Thanks 4 ur Love. #peaceandLoVE

Tinsley announced on Feb. 3 via Twitter that he was "taking a break" from the Dave Matthews Band and from touring, saying that he needed to "focus on my family & my health 4 a while."

The same day that Tinsley announced his "break" from the band, however, Frost-Winn's lawyers reportedly sent Tinsley a demand letter seeking a settlement.

The Dave Matthews Band has released a statement late Thursday saying: "Though Boyd is no longer a member of the band, we are shocked by these disturbing allegations and we were not previously aware of them."

In a recent interview and an initial statement to Consequence of Sound (COS), however, the group's stance differed noticeably. In an interview with Vulture published on May 14, Dave Matthews said, "I have a deep love for Boyd ... He has to deal with his stuff. In many ways I'm sure it would've been a lot easier for him to just say, 'I'm good. Let's go play' ... but you can't just throw yourself away, your wellness away, because you play violin in a band. It doesn't make any sense to do that."

But when Consequence of Sound contacted the Dave Matthews Band about Frost-Winn's allegations in advance of publishing its piece on Thursday afternoon, a representative of the band reportedly responded: "Boyd has been a member of the family since the band began and we want him to focus on his health and get better. We support his decision to do this and we're sending positive thoughts his way."

On Friday afternoon, a representative of the Dave Matthews Band told NPR that Consequence of Sound's reporter had only asked why Tinsley had left the group and, according to the representative, did not mention or specifically ask about the impending lawsuit or Frost-Winn's allegations, which the representative says the band was not yet aware of. In response, the group reiterated the statement that it had originally issued in February, when Tinsley announced his intention to take a "break" from the Dave Matthews Band.