Accessibility links
BTS Goes To No. 1 On Billboard's Album Chart, A First For K-Pop : The Record The BTS album Love Yourself: Tear is debuting in the first-place spot on the Billboard 200 album chart — and BTS is the first K-pop act to achieve this feat.

BTS Goes To No. 1 On Billboard's Album Chart, A First For K-Pop

BTS Goes To No. 1 On Billboard's Album Chart, A First For K-Pop 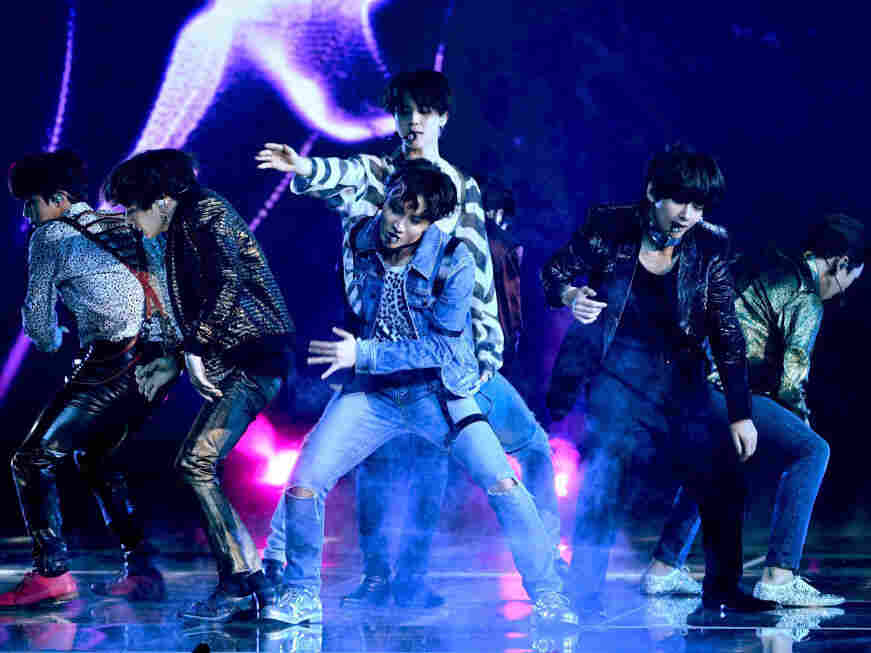 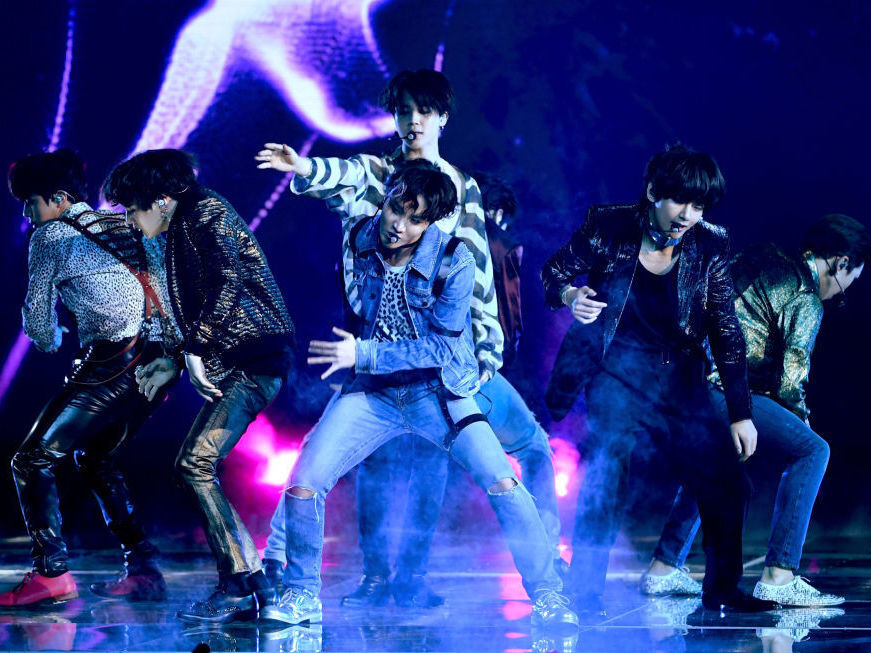 K-pop superstars BTS, performing at the Billboard Music Awards in Las Vegas on May 20.

K-Pop is having a moment — a big one. Billboard has announced that Korean pop music boy band BTS will have the No. 1 album in the U.S. this week, a first for any K-pop artist or group.

For the as-of-yet uninitiated, BTS ("bangtan sonyeondan") now stands for a number of names. Take your pick: Bangtan Boys, Bulletproof Boy Scouts or the more English-friendly Beyond The Scene.

And to give you a sense of their worldwide audience, BTS was named the most Tweeted-about celebrities of 2017; the group's tweets were liked or retweeted half a billion times — reportedly more than those of either President Trump or Justin Bieber, or even Trump and Bieber combined.

The pump has been primed for BTS' mainstream success. Earlier this month, the band performed at the Billboard Music Awards — another first for a K-pop act — performing its new single "Fake Love," seven young men in a tightly choreographed swirl — each taking turns to pose and preen for the crowd. People wrote of the Billboard performance, "BTS Brings Screaming Fans to Tears!" BTS also had a spot on Dick Clark's New Year's Rockin' Eve a few months ago and appeared on the American Music Awards last November.

Now, you might be thinking: "Wasn't there another big Korean pop song a few years ago?" You're thinking of Psy's once-inescapable novelty hit, "Gangnam Style." But Psy didn't have an album chart in the U.S.

What Psy arguably did do, though, was to offer a proof of concept: It was evidence to the American music industry that U.S. listeners would be open to songs sung in Korean, with a very Korean musical aesthetic and point of view. It helped to open the doors for BTS, and K-pop more generally, in the U.S.

With those doors now wide open, could other K-pop bands be far behind? It's been a while since the British Invasion — maybe it's time for a Korean Invasion. Almost undoubtedly, other boy bands like the veteran Korean-Chinese group EXO, and all-female counterparts like Blackpink and the Korean-Japanese-Taiwanese group Twice, could be considered front-runners for following in BTS' footsteps.