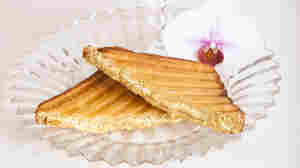 With Meals Made Of Gold, Chefs Certainly Know How To Feed The Ego

January 31, 2017 • Gold is tasteless, odorless and has zero nutritional value, but it's appearing in everything from hamburgers to $1,000 sundaes. Much of it amounts to publicity stunts, though sometimes it's pure art. 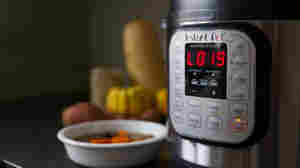 The hardworking Instant Pot, touted by its fans on social media, is Amazon's top-selling item in the U.S. How it got to No. 1 is a lesson in viral marketing savvy. Grace Hwang Lynch hide caption

January 18, 2017 • Launched in 2010, the multifunction cooker became a sleeper hit last year. That's when its maker harnessed the enthusiasm of owners – self-dubbed "addicts" – to spread the word online. 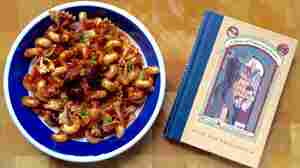 January 13, 2017 • In the children's books, food is practically a supporting character. So why not welcome the poor Baudelaire orphans with a delightfully miserable repast while binge-watching the new show? 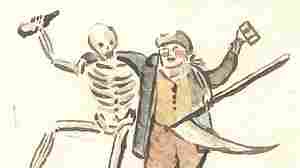 Drinking was a big part of life in Colonial America. It also required some experimentation and creativity on the part of colonists looking to create cocktails with new and unfamiliar ingredients. Reverend Michael Alan /Courtesy of Abrams Image hide caption

January 3, 2017 • Colonists in the New World experimented with new and unfamiliar ingredients. The results were Lambswool, Ass's Milk and other innovative drinks, some of which could kill you. 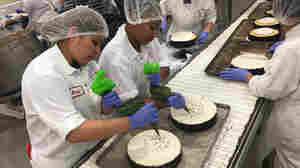 January 3, 2017 • Refugees from Africa, the Middle East and Asia are a sought-after talent pool at Eli's Cheesecake in Chicago, where they manage the complex assembly line and rise through the ranks. 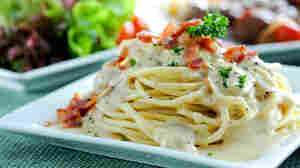 Bacon, Eggs, Cheese — And Spaghetti? The Italian Twist On A Hangover Cure

January 1, 2017 • This New Year's day, consider a bowl of pasta carbonara for a hangover fix. Made with spaghetti, eggs, cheese and pork, some say it's just as effective as bacon, egg and cheese on toast. 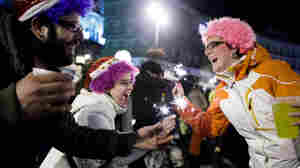 December 27, 2016 • As the clock strikes midnight, people in Spain gobble 12 grapes in quick succession, with wishes for the new year. Then, they go out to party all night long with cava, a Spanish sparkling white wine. 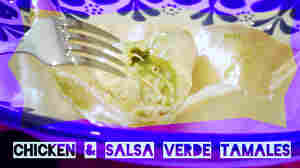 VIDEO: Wrap Up These Tamales For A Christmas Eve Feast

December 24, 2016 • Tamales are a Christmas Eve tradition for many Latinos. But they're also labor intensive and daunting for the newbie. Never fear: Mexican chef Pati Jinich shows us how to master this holiday favorite. 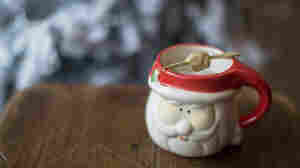 December 20, 2016 • They sound completely disgusting. But cookie-dough-themed cocktails are a trend this holiday season, including at a D.C. pop-up where they're the most popular drinks. 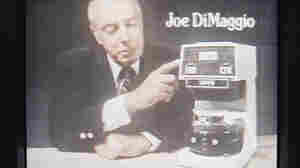 In the 1970s, Mr. Coffee became iconic, an American byword for drip brewing. By Christmas 1977, department stores were selling more than 40,000 Mr. Coffees a day. Credit for some of that success goes to the machine's longtime pitchman, former New York Yankee Joltin' Joe DiMaggio, seen here in a television commercial from 1978. Richard Drew/AP hide caption

December 16, 2016 • Few coffee aficionados are putting a Mr. Coffee machine on their wish list. But 40 years ago, it would've been at the top. The appliance revolutionized the quality and speed of home brewing. 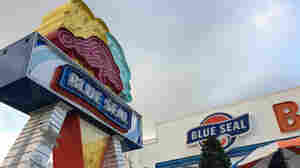 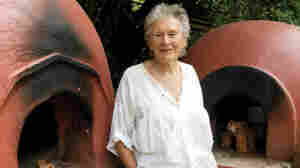 December 8, 2016 • The cookbook Nothing Fancy, first published in 1984, has just been re-released — and is the closest thing to a memoir that the formidable "Julia Child of Mexico" has ever written. 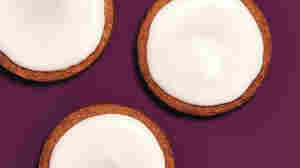 Not For You, Cindy Lou! These Tasty Holiday Treats Are For Grown-Ups

December 7, 2016 • With tantalizing twists like liqueur, coffee and spices, kids may turn up their little red noses at these decadent delights — but that just leaves more for you and your adult friends.

Not For You, Cindy Lou! These Tasty Holiday Treats Are For Grown-Ups 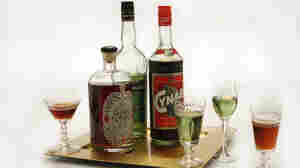 Bittersweet liqueurs including Cynar, Jagermeister, Chartreuse and Amaro Nonino have long been popular in Italy and other parts of Europe as a digestive aid. Now, they're becoming popular on U.S. cocktail menus. Kirk McKoy/LA Times via Getty Images hide caption

November 25, 2016 • Amaro is considered "grandpa's drink" and a digestive aid in its native Italy, but not stateside, where this centuries-old, bittersweet liqueur has become popular on cocktail menus. 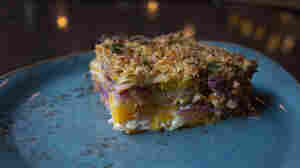 At Thanksgiving, If You Take Sides, Make Sure They're As Tasty As These

At Thanksgiving, If You Take Sides, Make Sure They're As Tasty As These