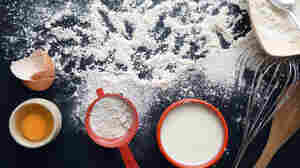 The next time a cooking disaster strikes, remember: It happens to the best of us. Piotr Tomicki/iStockphoto hide caption 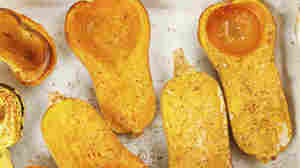 November 25, 2015 • Squash taste best when they achieve the ideal balance of starch and sugar. But how long you should wait depends on whether you're cooking a small delicata or a big, bold butternut. 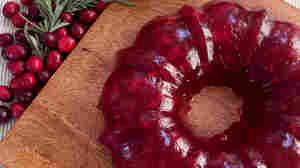 November 25, 2015 • Cranberry sauce is a Thanksgiving tradition. But if you're ready for a fresh take on this staple, why not try cranberries in chutney or cake? America's Test Kitchen founder Chris Kimball offers ideas. 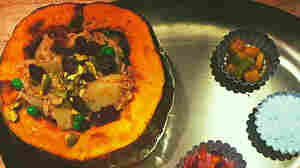 November 23, 2015 • Not everyone delights in turkey as the centerpiece to Thanksgiving. We asked three chefs around the country for their suggestions of winning alternatives. They came up with venison, pork and biryani. 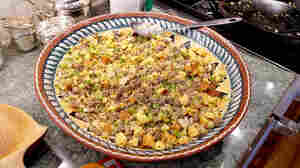 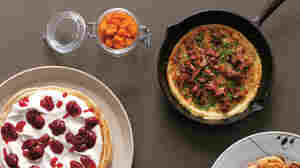 November 21, 2015 • Looking for a recipe for pickled herring or blood pancakes cooked in reindeer fat? Chef Magnus Nilsson's The Nordic Cookbook has these recipes and nearly 700 others. 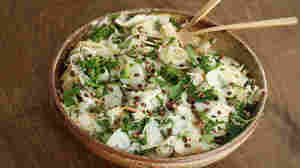 November 20, 2015 • The creators of The Bitten Word food blog publish an annual survey of Thanksgiving recipes suggested by food magazines. This year, there were lots of ancient grains and citrus-flavored desserts. 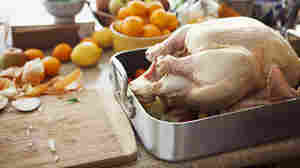 Your turkey should still be prepared on Thanksgiving Day. But many of the side dishes can be prepared ahead of time. Rana Faure/Corbis hide caption

Thanksgiving, Frozen: A Day-By-Day Guide To What To Cook Ahead, And When

November 19, 2015 • You don't have to leave all the cooking for Thanksgiving Thursday. We offer tips for getting most of the meal ready in advance so you can sleep in a little later on the big day. 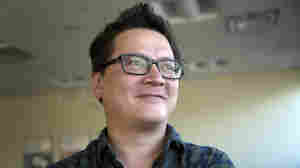 November 13, 2015 • Kenji Lopez-Alt left a restaurant job to test and write about the mysteries of food science. His new book details findings from how best to sear a steak to how to get more golden pancakes. 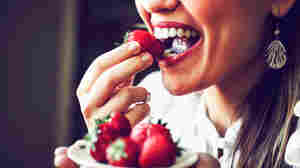 When we exhale while we're eating, air sweeps into the back of the mouth and throat where a heap of flavor compounds are and carries them up into the nose where we can enjoy them. iStockphoto hide caption

November 10, 2015 • The real complexity of flavor comes from a food or drink's aroma. But the main way we experience the full range of these compounds isn't by sniffing. It's by breathing evenly while we eat. 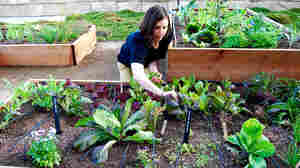 Julia Sherman is the mastermind behind the Salad Garden at the Getty. Here, she pulls up heirloom greens for the salad. Abbie Fentress Swanson for NPR hide caption

November 9, 2015 • Brooklyn photographer and writer Julia Sherman first established salad as a serious medium with her Salad for President blog. Now she's making salad with artists from around the country at the Getty. 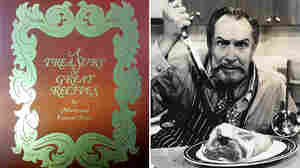 October 30, 2015 • A Treasury of Great Recipes, by the famed horror film actor, was out of print for decades until this month. It turns out, Price was also a foodie with an "omnivorous appetite," his daughter tells us. 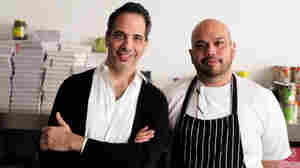 October 23, 2015 • Yotam Ottolenghi and his head chef Ramael Scully discuss NOPI, their latest cookbook. It's named for the popular London restaurant that Ottolenghi owns and where Scully is head chef. 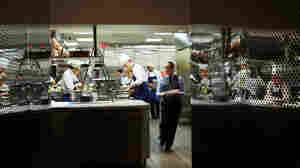 October 14, 2015 • Meyer says "something fascinating and completely unfair" plagues the restaurant industry: Waiters' incomes have risen far faster than other staff. To balance salaries out, he'll charge more for food. 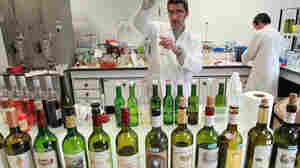 October 13, 2015 • Take a close look at the glass of wine you're drinking. There's a chance it could be plonk disguised by an upmarket label. Counterfeiting wine is big business among old and rare vintages.