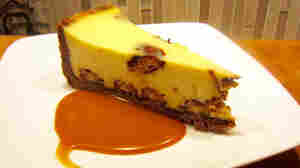 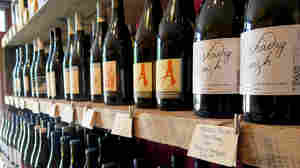 February 12, 2016 • Natural wines can be off-putting at first: perhaps darker than usual, a little fizzy or cloudy. Some find them charming, others unsophisticated. Here's a guide to this trending, quirky style of wine. 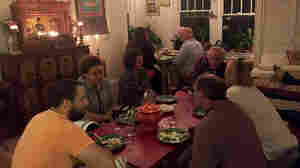 February 9, 2016 • Pop-up dining experiences are cropping up across the country. While diners savor an exclusive meal, chefs get to try out recipes and gauge the local market for their food before opening a restaurant. 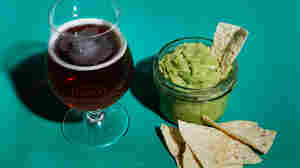 February 5, 2016 • Which beer goes with guacamole? How can a brew complement spicy wings? Two craft beer experts share their favorite pairings and help us take our Super Bowl snack game to the next level. 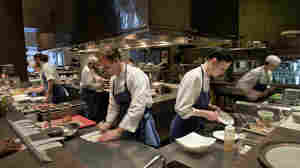 February 4, 2016 • Chef Eric Ziebold discusses the high-stakes world of luxe cuisine in the wake of the death of Benoit Violier, a French Swiss chef who many said was the best in the world. 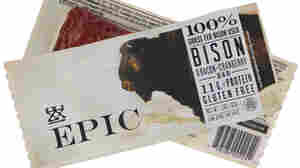 Epic, founded in Austin, Texas, makes organic meat bars filled with nuts and dried fruit. It's a rising star in the beef jerky market and was recently acquired by General Mills. Courtesy of Epic hide caption

February 1, 2016 • Jerky sales are soaring, thanks in part to millennials, who are snacking more than ever. Meat snacks are lightweight, high in nutrition and can travel long distances without spoiling. 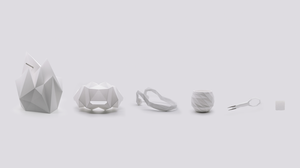 Project Nourished's virtual eating gizmos. From left: An atomizer that releases the scents of a food; a virtual reality headset; a a device that mimics the chewing sounds transmitted from a diner's mouth to their ear drums; a cocktail glass with built-in sensors; a utensil that picks up on the diner's movements and integrates them into the virtual reality experience; and a 3-D printed food cube. Courtesy of Project Nourished hide caption

January 29, 2016 • Project Nourished uses a variety of tricks to fool the mind into thinking it's eating. The goal: to let us consume our favorite tastes without unwanted extras — like food allergens or just calories. 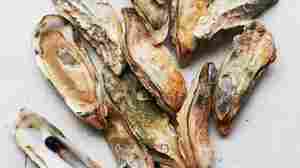 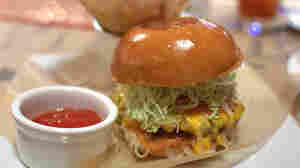 January 21, 2016 • Restaurant critic Pete Wells tries to keep the customer in mind with all of his reviews. "We show awful lot of deference to chefs in our culture and maybe not enough deference to customers," he says. 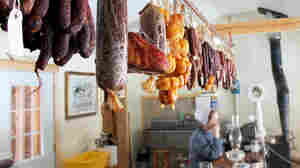 Matthew Secich's wife, Crystal, behind the sausage counter at the deli they opened in Unity, Maine. Jennifer Mitchell/MPBN hide caption

January 18, 2016 • A Chicago chef who was tired of the kitchen grind moved his family to join an Amish community in Maine. He is now selling charcuterie and cheese from a cabin in the woods. 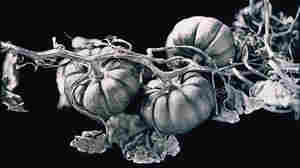 January 6, 2016 • A leading expert of the daguerreotype started photographing a gardener's collection of heirloom vegetables 15 years ago. They've published a book to honor the unusual varieties in the collection. 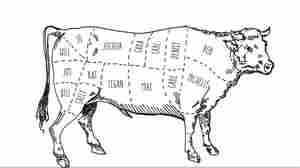 January 4, 2016 • From brogurt to gastrosexual, humorist and food writer Josh Friedland has collected many of the new words born of our current foodie culture in a new food dictionary, Eatymology. 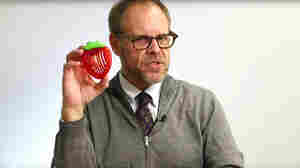 December 23, 2015 • The Food Network host and celebrity chef has a vendetta against single-use kitchen gadgets. This year, he takes aim at meat claws, the egg cuber and the Rollie Eggmaster. 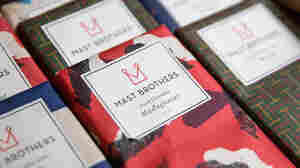 Are You A Sucker If You Like Mast Brothers Chocolate?

December 23, 2015 • The Mast Brothers have been called the "celebrity hipster chocolatiers" of Brooklyn. Lately, they've been accused of defrauding their customers. But that depends on how their chocolate tastes to you. 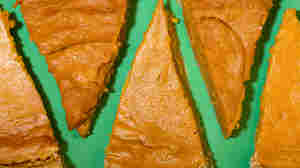 There are so many opportunities to screw up pumpkin pie. But done right, it can win friends and influence people. Meredith Rizzo/NPR hide caption

December 19, 2015 • Great pumpkin pie is elusive. You could end up with a soggy crust or a grainy filling. For months, reporter Maanvi Singh has been on a journey to learn the art and science of the ideal pie.