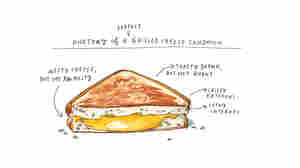 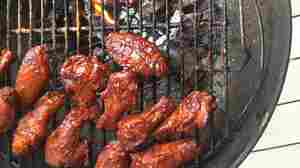 May 26, 2017 • Mike Mills' chicken wings have been named the best in the country. He is even in the Barbecue Hall of Fame. His new book with daughter Amy Mills shares the gospel of barbecue with home cooks. 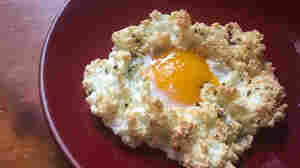 May 21, 2017 • The fanciful dish was meant to impress nearly 400 years ago, so don't roll your eyes at photos of these pretty edibles: They're actually a time-honored tradition tinged with a bit of kitchen science. 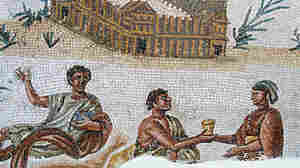 April 28, 2017 • In ancient Rome, food was a bargaining chip for position for slaves and nobles alike. At the center of Feast Of Sorrow is real-life nobleman Apicius, who inspired the oldest surviving cookbook. 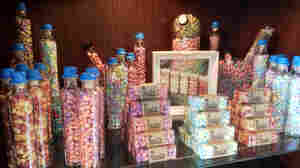 April 23, 2017 • A tiny, hard-to-find storefront in Brooklyn is home to the darkly whimsical world of a most unusual candy maker. Eugene J. studied chemical engineering before opening an experimental candy shop. 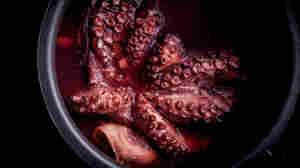 April 20, 2017 • From ugly fish like sea robin to the discarded parts of livestock, like ox cheeks and chicken feet, a new book celebrates repugnant-looking but flavorful foods, and urges us to eat more of them. 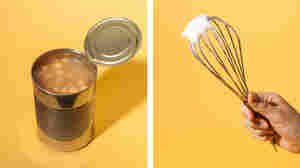 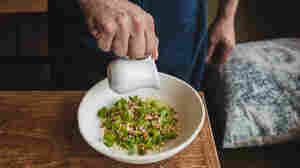 Chef Jeremy Fox's inventive dish: double-chucked spring peas sprinkled with white chocolate and roasted macadamia nuts. It's served with a bit of pea broth poured on the side, "to retain the crunch." Each pea is shucked, blanched and squeezed to get the halves out. It's a labor preparation that he serves only on special occasions, like Valentine's day. Oriana Koren for NPR hide caption

'Vegetable Whisperer' Chef Plants The Seeds Of His Own Reinvention

April 17, 2017 • With a vegetables-only restaurant in Napa Valley, chef Jeremy Fox was a rising star. But the stress was too much and it all fell apart. Now he is back with a vegetable cookbook.

'Vegetable Whisperer' Chef Plants The Seeds Of His Own Reinvention 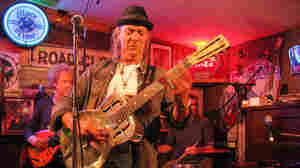 Johnny Nicholas, the owner of the Hilltop Cafe, books a dinner concert in the dining room once a month. The bluesman and his wife opened the restaurant in 1980. John Burnett/NPR hide caption

April 15, 2017 • For more than 35 years, the Hilltop Cafe has been serving up both seafood and the blues on a lonesome highway in Texas Hill Country. Patrons flock to hear owner Johnny Nicholas perform his tunes. 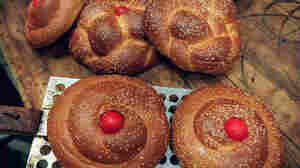 The Key To Cracking Easter Feasts? It's All In The Eggs

April 15, 2017 • In the spring, a cook's fancy turns to thoughts of eggs. They're everywhere at Easter, in breads and pies and children's baskets. Eggs can inspire sugary treats and offer hidden surprises. 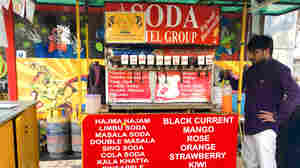 April 14, 2017 • Masala soda comes in many flavors. It's usually sold by street vendors and small shop owners. Indians love this drink so much, that big soda companies are now selling it, too. 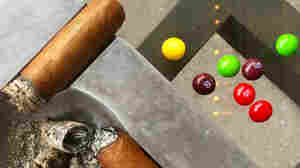 April 13, 2017 • Cigar sommeliers are becoming increasingly popular in fine restaurants and hotels, pairing the nuanced flavor of tobacco with beverages, and using tart candies like Skittles to cleanse the palate. 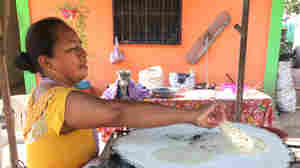 Most people in the world have never experienced the taste of the kind of tortillas Hilda Pastor makes using heirloom corn. That's because of the rise of mass-produced instant corn flour. Marisa Peñaloza/NPR hide caption

April 13, 2017 • Most tortillas in the U.S. are made with mass-produced corn flour. But specialty ingredient company Masienda is providing American chefs with heirloom corn grown in Mexico for its richer flavor. 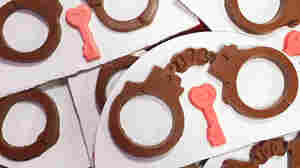 Sweet n' Nasty molds hundreds of adult chocolates in house, including these handcuffs and keys — which are used to top bachelorettes' cakes or sold on their own with the phrase, "Eat your way out!" Courtesy of Sweet n' Nasty Bakery hide caption

April 8, 2017 • Bachelorette parties aren't the only source of business for bakers who specialize in racy confections. Think divorces, vasectomies, breast implants, military deployments and even funerals. 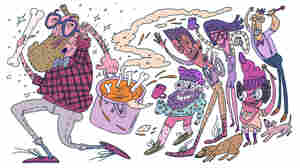 Bone broth has become so popular these days that the bones used to make it are getting harder — and more expensive — for broth retailers to source. Alex Reynolds/NPR hide caption

April 4, 2017 • With bone broth mania sweeping parts of the U.S. (we see you, LA), cheap bones are harder to come by. Some broth makers are moving away from the standard beef and chicken to new bones — like alpaca.