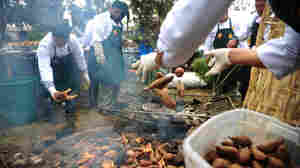 People throw potatoes into a pachamanca during the gastronomic fair Mistura in Lima in 2011. Ernesto Benavides/AFP/Getty Images hide caption

June 30, 2015 • Step up your summer grilling game by re-creating the ancient Peruvian way of cooking meat underground in your own backyard. It's called pachamanca, and it yields incredibly moist and smoky morsels. 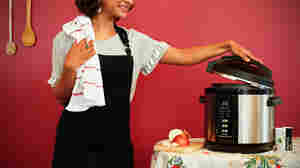 To make baby back ribs in an hour, instead of the usual three to four hours, you'll need a pressure cooker. Photo Illustration by Ryan Kellman and Emily Bogle/NPR hide caption

Do Try This At Home: Hacking Ribs — In The Pressure Cooker

June 28, 2015 • Tender, smoky, fall-off-the-bone ribs can take three or four hours to make the traditional way. But Baltimore chef Shirlé Koslowski uses a pressure cooker to get all that flavor in only an hour.

Do Try This At Home: Hacking Ribs — In The Pressure Cooker 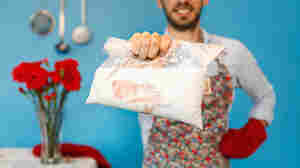 Do Try This At Home: Hacking Chicken Sous Vide

June 21, 2015 • Sous-vide makes meat moist and flavorful, but can take up to 96 hours, not to mention a $500 machine. Chef Christina Tosi shares a technique she uses to cheat in her home kitchen: the "Bird in a Bag."

Do Try This At Home: Hacking Chicken Sous Vide 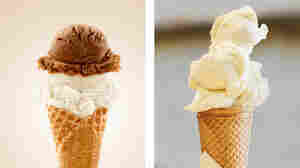 Higher butterfat content makes ice cream thick and heavy, which is why you can get a nice, round, firm scoop of ice cream, shown at left. Gelato, at right, has less cream, which gives you softer drifts. iStockphoto/The Art of Making Gelato, Race Point Publishing hide caption 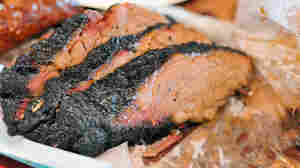 June 8, 2015 • How to rest a pork shoulder, a beef brisket or rack of ribs to keep it moist hours after it comes off the pit? Restaurants now use warming units, but DIY home warmers are just as good. 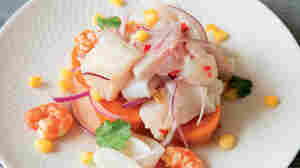 June 2, 2015 • Gaston Acurio is the world's premiere cheerleader for Peruvian cuisine, and he has just written a cookbook. It features 500 recipes from around the country — including more than 20 kinds of ceviche. 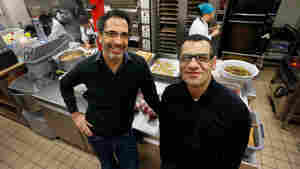 May 27, 2015 • Yotam Ottolenghi and his partner have a thriving food empire that includes wildly successful cookbooks. We go inside their London test kitchen as recipes are put through their paces. 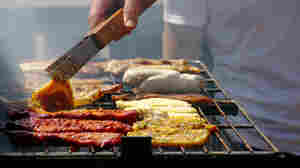 Planning to grill this Memorial Day? Below, Food Network chef Alton Brown has some tips to keep your flavor from going up in smoke. iStockphoto hide caption

Clean Your Grill, And Other Hot Holiday Tips From Alton Brown

May 23, 2015 • Whether you're barbecuing OR grilling, a meat-eater or a vegetarian, here's how to keep your flavor from going up in smoke this Memorial Day weekend. 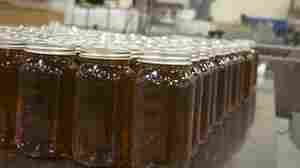 May 17, 2015 • A company called Terressentia that uses a chemical process to age bourbon not in years — but in hours — is unsettling an industry that is long-soaked in history and tradition. 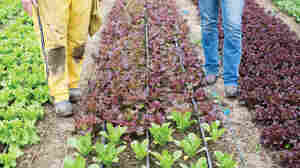 At ZJ Farm in Solon, Iowa, Susan Jutz, left, walks with her friend and mentor of Kate Edwards, right, of Wild Woods Farms. Once the plants get big enough at ZJ Farm Edwards transplants them to Wild Woods. Dana Damewood/Courtesy of Agate Publishing hide caption

May 13, 2015 • In New Prairie Kitchen, a Nebraska food writer collects recipes and stories from Great Plains chefs and farmers. Their movement utilizes local ingredients like bison, morels and black walnuts. 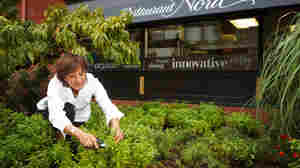 May 12, 2015 • Nora Pouillon writes about her lifelong devotion to food in a new memoir, My Organic Life. Her restaurant has been a fixture in the Washington, D.C., food scene since 1979. 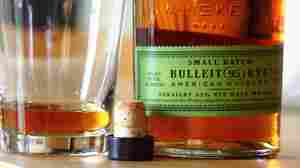 What's inside artisanal looking bottles may be startlingly close — and in cases exactly the same — to bourbon produced in big batches. Mike McCune/Flickr hide caption

May 4, 2015 • A new book suggests that tall tales on craft bourbon labels are the rule rather than the exception. They're just one example of a slew of "carefully cultivated myths" created by the bourbon industry. 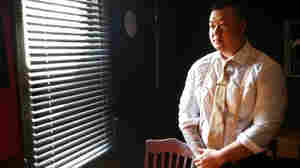 Ran Duan will represent the U.S. at the Bacardi Global Legacy Cocktail Competition in Sydney on April 28. Daniel A. Gross hide caption

April 27, 2015 • Bartender Ran Duan will represent the U.S. in a Bacardi international cocktail competition. His specialty? "Father's Advice," a stirred-not-shaken cocktail that's a testament to his hardworking dad. 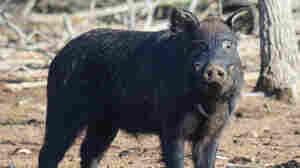 April 24, 2015 • Many species have gone extinct because humans hunted them into oblivion for their meat. But there's another group of animals that are endangered because we've lost interest in breeding them. 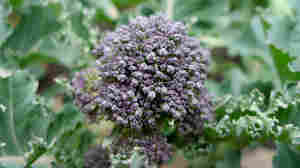 Sprouting broccoli will serve up florets in about 50 days. Not bad for this member of the brassica family. Laura Whitehead /Flickr hide caption

On Your Mark, Get Set, Grow: A Guide To Speedy Vegetables

April 22, 2015 • Impatient gardeners don't have to wait for summer to harvest salad fixings. A surprising variety of crops will bring homegrown produce to your table in as little as three weeks.