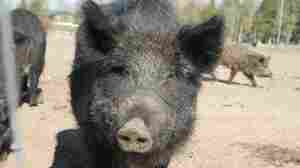 August 31, 2012 • Michigan officials and pig farmers are locked in an escalating debate over new rules that make wild boars illegal in the state. The state maintains that the animals can destroy natural ecosystems, but some farmers say that the rules will destroy their livelihoods.

August 28, 2012 • Ann Romney's address to the Republican National Convention tonight is meant to humanize her husband, Mitt, and chip away at his "likability gap" with President Obama. So how does she relieve the pressure? By baking her grandmother's Welsh cakes for the press corps.

August 25, 2012 • Finding a good-sized, inexpensive barrel, previously used to age bourbon, is not so easy, as a hot sauce maker on the hunt found out. But they can be found, and when they are, these barrels experience a remarkable afterlife. 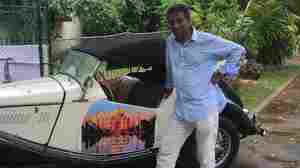 August 22, 2012 • In a land of mainly fried and mildly spiced foods, Cedric Fernando is hoping to perk up the Cuban palate by opening the island nation's first Indian restaurant. But he's still got a business back in London, just in case. 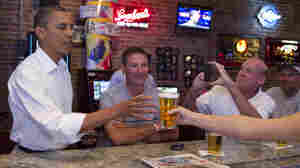 President Barack Obama enjoys a beer at The Pump House in Cedar Falls, Iowa, this month, but would you like to know what's in his homebrew? There's a petition for that. Carolyn Kaster/AP hide caption

August 21, 2012 • Some beer brewers are officially petitioning the White House to release its homebrew honey ale recipe. They are appealing to President Obama's sense of his place in history along with the beer-brewing Founding Fathers. 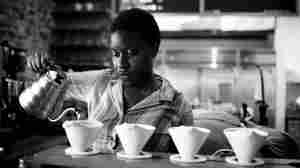 August 16, 2012 • Specialty roasters increasingly are working directly with coffee growers around the world to produce coffees as varied in taste as wines. They're teaching their clientele to appreciate the subtle characteristics of brews by bringing cupping, an age-old ritual once limited to coffee insiders, to the coffee-sipping masses. 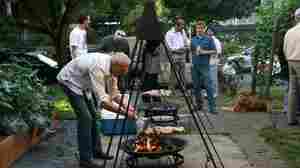 August 16, 2012 • It sounds a little dirty, but a schwenker is just a German word for a swinging grill that looks like a tripod, set over charcoal. Schwenker evangelists are spreading the word about this unique grill around the world. 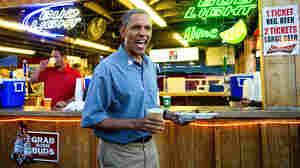 President Barack Obama gets a beer and a pork chop as he visits the Iowa State Fair in Des Moines. Earlier, the president gave a man at a coffee shop a bottle of the White House's home brew. Jim Watson/AFP/Getty Images hide caption

August 15, 2012 • President Obama has shown he's a fan of beer, one of the most politically expedient drinks a candidate can endorse. But now the president has revealed that he travels with his own home-brew — and he even gave a man in Iowa a bottle to prove it. 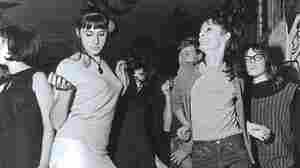 Teens dance at the club on Eel Pie Island in the 1960s. Courtesy of Dan van der Vat hide caption

From A British King To Rock 'N' Roll: The Slippery History Of Eel Pie Island

August 13, 2012 • Seeking eel pie's origins, the Kitchen Sisters find an island where the Rolling Stones used to play. The traditional British dish can only be found in a handful of London shops now, but Eel Pie Island lives on in music history.

From A British King To Rock 'N' Roll: The Slippery History Of Eel Pie Island 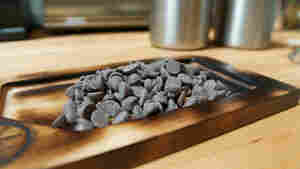 August 10, 2012 • If you can't get to a campfire to roast s'mores today, check out some smoked chocolate. Smoking chocolate is a technique that takes time and precision, but has produced some tasty results for former Girl Scout Autumn Martin and her Seattle bakery. 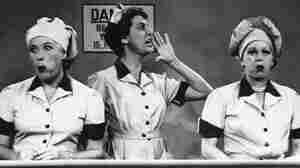 Vivian Vance and Lucille Ball ham it up at the chocolate factory in a famous food-centric episode of "I Love Lucy." CBS/AP hide caption

Three Ways Lucille Ball Ruled When She Played With Food

August 6, 2012 • Lucille Ball was never funnier than when she was playing with her food. In honor of her 101 birthday, which would have been today, we share three of our favorite food clips from "I Love Lucy."

August 4, 2012 • Scientist Adam Steltzner worries about whether the Mars rover landing equipment he helped design will work. But in his garden, where he approaches things like the engineer he is, he is firmly in charge.

August 1, 2012 • An 80s hairband and American cooking doyenne Julia Child are an unlikely combo, and yet, in this tribute video mash-up by our colleagues at WGBH, it works. Child would have turned 100 on August 15.

July 30, 2012 • Okra is becoming more popular outside of the American South as chefs find ways to tame the vegetable's tendency to get slimy when cooked for long periods of time. Okra likely originated in Africa, and was brought to the U.S. by slaves. 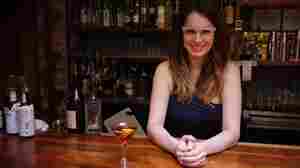 Alexandra Bookless, head bartender at The Passenger, suggests starting off with Fernet in a cocktail like the Hanky Panky. Bill Chappell/NPR hide caption

July 24, 2012 • In a world of citrusy, sugary drinks that can all taste alike, Fernet Branca stands alone. It has a cult following within the U.S. that elicits a strong reaction, whether its your first sip — or a regular ritual. As we found out at a recent tasting, Fernet's centuries old secret recipe delivers.