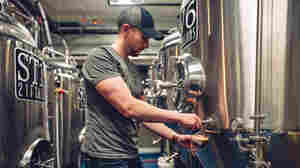 The Next Big Thing In Beer Is Being A Small Taproom

September 27, 2017 • The explosion of these cozy craft breweries has happened as states relax laws to allow them direct-to-consumer retail rights, meaning the majority of their revenue no longer has to come from food.

The Next Big Thing In Beer Is Being A Small Taproom 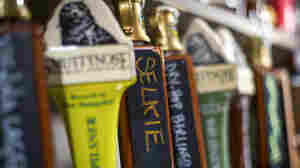 At the Portsmouth Brewery in New Hampshire, the kelp beer "Selkie" is sold both on tap and in bottles. Courtesy of University of New Hampshire hide caption

From Ocean To Potion: Kelp Finds A Niche In The Craft Beer Market

September 8, 2017 • Kelp isn't a new flavor enhancer for brewers. For hundreds of years, coastal farmers in Scotland grew grains in seaweed beds. But briny brews have been slow to catch on in the United States. 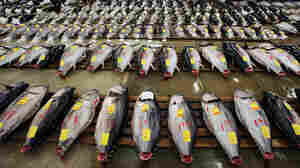 Tuna are arranged prior to the first auction of the year at Tsukiji Fish Market in Tokyo, Japan. The new agreement to protect Pacific bluefin tuna is aimed at putting the species on a path to recovery by setting sliding catch limits. The Asahi Shimbun/Getty Images hide caption

September 1, 2017 • The long-term agreement would aid fish stocks that have fallen to just 2.6 percent of their historic size. The news comes at a time when Atlantic bluefin populations are also rebounding. 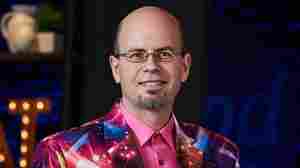 August 26, 2017 • Cafeteria manager Jason Smith didn't have any formal culinary training, but he did have a dream: to be a star. And now he's "happier than possum eating a sweet tater pie." 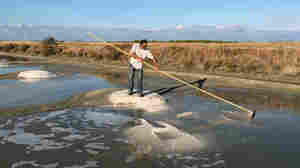 Hervé Zarka uses a tool called a simoussi to rake up salt in his marshland on the island of Noirmoutier in France. He says there are many minerals in natural sea salt, such as magnesium and potassium, that aren't in industrial salt. Eleanor Beardsley/NPR hide caption

Harvesting Salt By Hand Is Making A Comeback In France

August 23, 2017 • Since the seventh century, salt has been raked in and collected from shallow pools in marshes on the French coast. Refrigeration almost killed the industry, but the local food movement is reviving it.

Harvesting Salt By Hand Is Making A Comeback In France 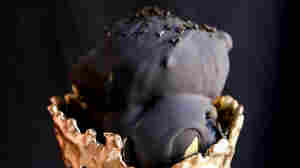 The Eclipse Magic Cone features a black waffle cone made with coconut ash and tipped with edible gold, and an interior filled with spiced marshmallow fluff and a golden-yellow ice cream flavored with ginger and turmeric. Courtesy of Salt & Straw hide caption

Total Eclipse Of The Stomach: A Stellar Menu Of Gastronomic Delights

August 19, 2017 • What can you do when the Earth plunges into total darkness on Aug. 21? Eat, of course! And there are many space-themed treats to keep the skywatching party going. 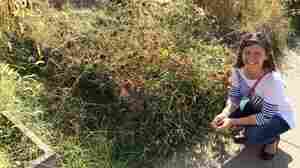 How My Little Community Garden Plot Went From Flop To Flourish

August 17, 2017 • Two years ago, Carolyn Beans — plant biologist, flower farm worker and daughter of a veggie grower — thought she had what it took to coax a bounty out of her tiny urban garden. She was wrong. 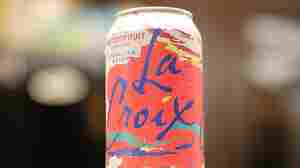 One particular brand of seltzer is having a moment among millennials: LaCroix. Iam Nicole/Flickr/Creative Commons hide caption

August 10, 2017 • Seltzer sales have jumped 42 percent in the past five years. The bubbly water has inspired everything from tasting flights at restaurants to "LaCroix Boi," one rapper's parody ode to the drink. 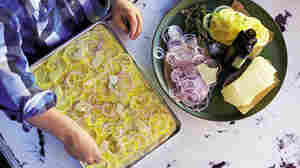 Focaccia topped with lemon pecorino and red onions is just one of the recipes featured in Bianco's new cookbook. David Loftus hide caption

Chris Bianco, 'Pizza Yoda,' Is Sharing His Wisdom In A New Cookbook, He Is

August 6, 2017 • The Arizona chef, widely regarded as the father of the modern artisanal pizza movement, weaves threads of memory, tradition and family in a book that reflects his evolution as a chef and restaurateur. 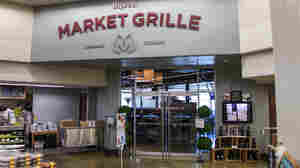 August 5, 2017 • While grocery stores had been losing customers to smaller markets and online shopping, "groceraunts" — with seasonal menus and alcohol — are luring back foot traffic to the old-school grocers. 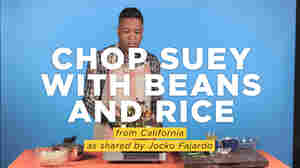 Joaquin "Jocko" Fajardo makes a spicy Mexican version of chop suey, a classic American Chinese dish. He tells us how his great-aunt learned to make the dish from the Asian employees at her Mexican restaurant in Los Angeles. NPR hide caption

A Classic Chinese-American Dish Takes On A Mexican Flair

August 3, 2017 • Jocko Fajardo grew up in Arizona eating Mexican food. But his go-to comfort dish is a Chinese-American classic with a little Mexican thrown in. He tells us how the dish came to his family. 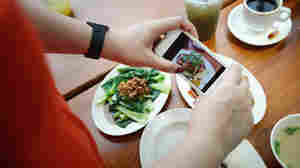 You already know what all of your friends are eating, so you might as well know how to make it, too. Carlina Teteris/Getty Images hide caption

August 2, 2017 • Researchers have created an artificial neural network that analyzes an image of a dish and tells you how to make it. Still in the early stages, the technology might help improve our dietary health. 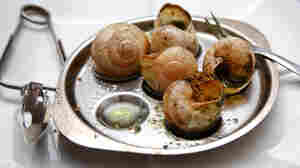 July 27, 2017 • Declining snail populations in France have led to imports of Burgundy snails from European countries. Consumers love them, but not French snail farmers, who want people to eat locally raised snails. 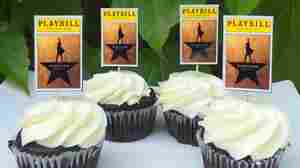 July 24, 2017 • It was only a matter of time before fans of the Broadway hit sought out culinary tributes to their most treasured folk hero. Here are historically minded ideas to eat like the Founding Father.

July 19, 2017 • Celebrity chef Rosanna Pansino hosts the YouTube show Nerdy Nummies and has more than 8 million subscribers. Among her fans are thousands of children who want to learn how to bake.