Accessibility links
What's In That Wine Glass May Not Prevent Aging After All : The Salt The links between red wine and longevity aren't nearly as strong as they once seemed, according to new research in the journal Nature. In fact, the research calls into question the whole mechanism used to explain wine's power to extend life. 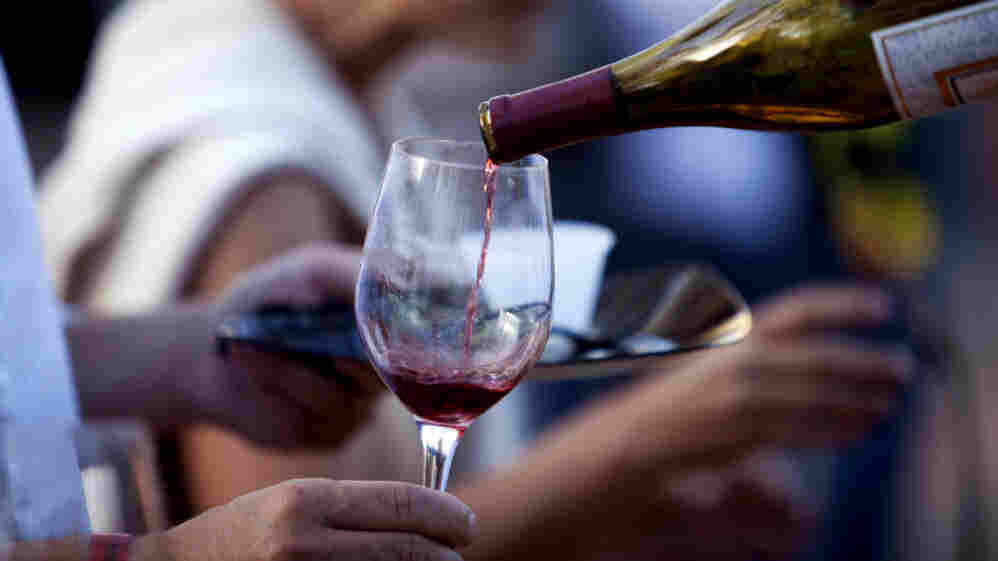 Red wine's rep as a fountain of youth is facing a challenge. iStockphoto.com hide caption 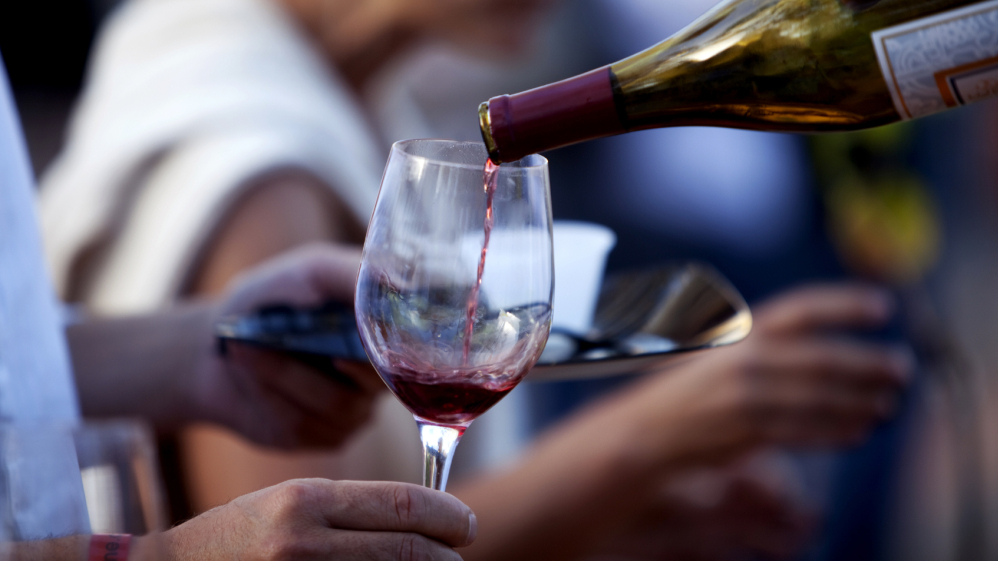 Red wine's rep as a fountain of youth is facing a challenge.

If you've been counting on your daily dose of merlot to stave off mortality, you might want to consider Plan B.

The links between red wine and longevity aren't nearly as strong as they once seemed, according to new research in the journal Nature. In fact, the research calls into question the whole mechanism used to explain wine's power to extend life.

This all has to do with some natural proteins called sirtuins. (That's pronounced sir-TWO-ins in American English, in case you're reading this out loud at a bar.) Yeast carry a version. So do worms, mice and people.

About 10 years ago, scientists noticed that an extra helping of sirtuins seemed to help living things live longer. And there was some evidence that a substance in red wine called resveratrol could crank up sirtuin production.

Then, in 2006, a Harvard researcher named David Sinclair reported that obese mice that got doses of resveratrol lived longer than fat mice who didn't — about 30 percent longer.

The study was published in Nature and reported by media around the world. The assumption was that what was good for fat mice would also be good for thin animals, or even people.

As a result, sales of red wine jumped and a biotechnology company founded by Sinclair and others to develop the substance as a drug became extremely valuable. In 2008, the drug company GlaxoSmithKline bought Sinclair's company, Sirtris, for $720 million.

But over the years, some scientists had begun to question whether sirtuins really were the key to extending life. Some studies of sirtuins even suggested they didn't affect lifespan.

And this week, Nature published research that offers a strong rebuttal to the idea.

The centerpiece is a study by a team including David Gems, a geneticist who studies aging at University College London. The team attempted to replicate some of the early experiments with worms and fruit flies.

"We could create worms and flies with elevated levels of this sirtuin protein," Gems says. But, he adds, "They were not long-lived."

The reason that animals in the original studies lived longer, Gems says, is that they had genetic mutations that had nothing to do with sirtuins. And this puts the proteins in a very different light, he says.

"What this should do is act as a cap on the idea that they are important in the biology of aging," Gems says.

It also "blows apart" the idea that scientists have figured out the nature of aging, says Scott Pletcher a geneticist at the University of Michigan who wrote an article that accompanies the new Sirtuin research in Nature.

Some of the researchers who did the early work on sirtuins disagree with that conclusion. But they concede that there were genetic changes in some of the animals in those early studies.

"One strain did have a problem and so we redid everything," says Leonard Guarente from MIT, who is on the science advisory board of Sirtris.

When that strain was removed from the results, Guarente says, sirtuins still produced a life-extending effect, but it was "in the 10 to 15 percent range rather than the 30 percent range."

People shouldn't give up on sirtuin drugs though — especially people who eat too much, or have a high-fat diet, Guarente says.

He says a primary goal of the research on sirtuins was to develop drugs that could prevent diseases associated with aging, like diabetes and heart disease. As a result, many of the experiments have looked at drugs that affect sirtuins in animals that are obese or eat a lot of fat.

And those studies show that sirtuin drugs do make a difference, Guarente says.

"We're treating diseases," he says. "We're not treating aging itself."

Other scientists agree that sirtuin drugs do show promise in preventing diseases in high-risk individuals. In theory, that could mean drugs that would let you eat fatty foods or get fat without putting your life at risk.

But it's unlikely that red wine will help by activating sirtuins.

The new research in Nature includes an experiment that tested the supposed active ingredient in red wine: Resveratrol. The researchers found that resveratrol had no effect on sirtuins.

We have no doubt we haven't reached the bottom of the bottle on this one.