Accessibility links
How Community Supported Agriculture Sprouted In China : The Salt In a village near Beijing, Little Donkey Farm is trying to rebuild a tradition of organic farming in the world's most populous country. It builds on thousands of years of Chinese history, but it's also inspired by American experiences. 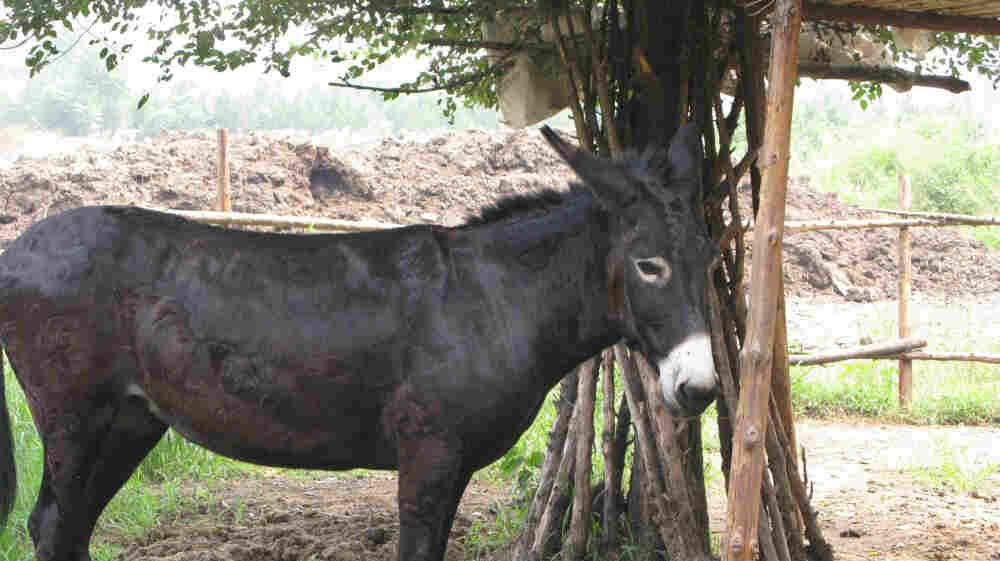 Little Donkey Farms' mascot, Professor, is a symbol of the challenges faced by the farm Daniel Charles/NPR hide caption 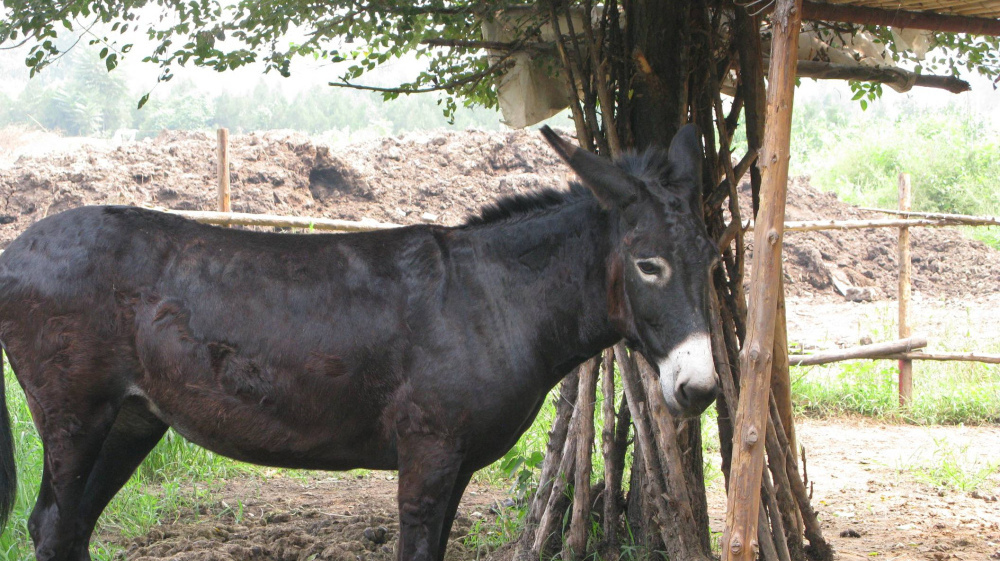 Little Donkey Farms' mascot, Professor, is a symbol of the challenges faced by the farm

It's a little hard to tell, walking through Little Donkey Farm, in a village northwest of Beijing, whether this is just a charming but ineffectual protest against the tide of Chinese history, or a sign that the tide may be shifting.

Little Donkey is an organic farm. (Yes, there is an actual donkey. More about him later.) Dozens of different vegetables grow here: Eggplant, green beans, Chinese cabbage, corn, and some that I've never seen before. There's also a small barn filled with pigs.

It's also the first Chinese Community Supported Agriculture (CSA) farm. Four hundred families pay an annual membership and get, in exchange, a share of the harvest. Another 260 families rent small plots of land for their own gardens.

Shi Yan, a soft-spoken but determined young graduate student from Beijing's Renmin University, set up this operation three years ago — inspired, in part, by her experience working for six months with Earthrise Farm, a small CSA in western Minnesota. (There are at least 4,000 CSA farms in the U.S.)

"It changed my life," says Shi Yan. She arrived at Earthrise Farm thinking that she would study its business model, "but living with them, I realized that it's not just a model, it's a style of life. Before that, although I cared about rural problems, I never thought about living in a village. After I came back, I moved to this village and started this farm."

It was an audacious move, because it goes against every recent trend in Chinese agriculture — which, it's worth remembering, feeds 20 percent of the people on earth. Young people, especially young men, have been abandoning rural villages for better jobs in cities.

Little Donkey, being organic, uses only manure and compost for fertilizer, but most Chinese farmers abandoned those methods over the past forty years. They're now among the world's biggest users of synthetic fertilizer, and it's helped them boost their food production dramatically.

There's now plenty of food in China, but some people worry about its safety — especially since a nationwide scandal in 2008 involving toxic contamination of milk powder and tests (carried out by the environmental group Greenpeace) that found traces of banned pesticides on supermarket vegetables.

But the food is not the only thing that brings people here. In a country that sometimes seems obsessed with making and selling things, Little Donkey Farm is a tiny island of Chinese counterculture. "It's mostly for relaxing," says Gao Xiang, who's there with his family, spending a Sunday tending their part of the community garden.

"Little Donkey Farm isn't just the land, or the food. We can know each other and create new ideas. We make friends here," says Fang Danmin, an editor. "It's small, but it's a trend."

Watching it all, from inside his pen, is an actual donkey named Professor. It's the farm mascot, a symbol of its ideals, but also - unintentionally - the difficulty of realizing those ideals in today's China.

"About this donkey, we have a long story," says Shi Yan. "Five or six years ago, we had a very hot discussion about whether China should keep traditional, small-scale farming. One side said we need to use donkeys to plow the land. The other side said we need tractors. At the end, my advisor Professor Wen said, 'We won't discuss this anymore. But I will buy a donkey, and my wife will name the donkey!'"

"But the embarrassing thing is," Shi Yan continues, "we hoped that we could use this donkey to plow the land. But then we figured out that in the village, there was not even one farmer who know how to work with the donkey! So right now, she can only stay in the pen."