Accessibility links
The Farm Bill: From Charitable Start To Prime Budget Target : The Salt This is the first in our occasional series on how the farm bill shapes food and land use policy. In this installment, the history of the farm bill, and why it's been a matter of debate since its inception during the Great Depression.

The Farm Bill: From Charitable Start To Prime Budget Target

The Farm Bill: From Charitable Start To Prime Budget Target 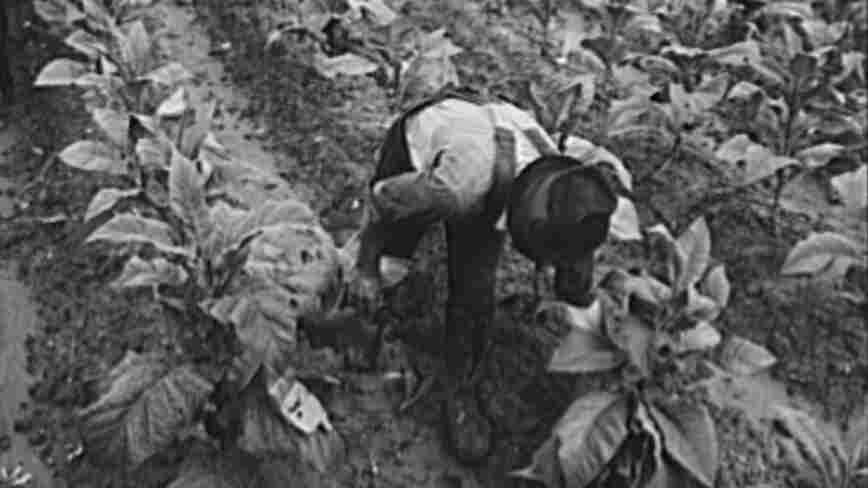 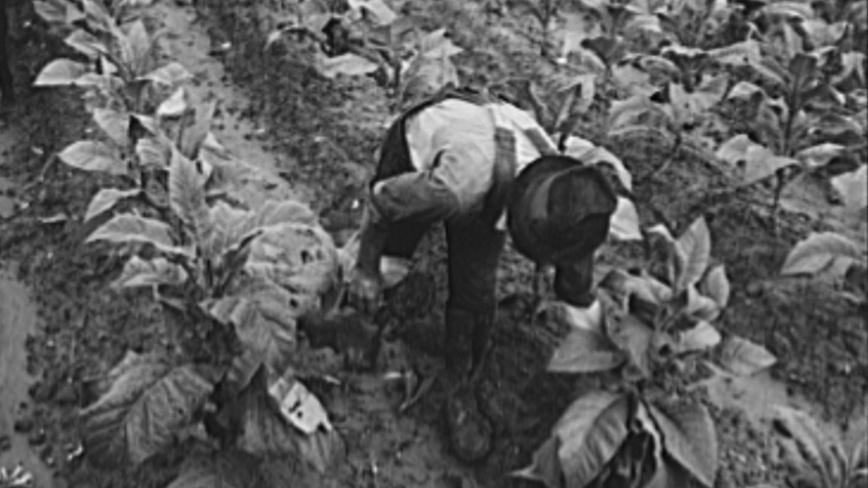 With the 2012 farm bill coming up fast, we decided to ask our colleagues at Harvest Public Media to help up take a closer look at what it is and how it shapes food policy and land use in an occasional series. First up: How we got to today's farm bill,and where the political winds might blow in the next round.

The farm bill was created as a temporary hand out to farmers created during the Depression, but now it's practically a permanent legislative fixture — a massive spending bill Congress passes every five years. Farm bill spending reached record levels in 2000, paying out $24.7 billion in subsidies. In fact, spending has remained above $14 billion annually over the last 10 years.

This year, there may be a new urgency to reexamine farm bill payments, given all the deficit talk in Washington. Direct payments are especially vulnerable (more on these in a bit). To boot, in recent years grain prices have hit record highs, reigniting debate over whether the government should be subsidizing farmers at all.

So how did the government get in the business of supporting farmers, anyway?

During the Great Depression, most people lived in rural areas, and many families literally risked losing the farm. That's because farmers were producing more food than people were buying, so prices were too low for many to keep up their mortgage payments.

"So attacking poverty on farms was really a national priority for attacking poverty in the U.S.," says Bruce Babcock, the director of the Center for Agricultural and Rural Development at Iowa State University.

So as part of FDR's New Deal, Congress passed the Agriculture Adjustment Act in 1933. Essentially, the law paid farmers to not grow food on a certain percentage of their land to reduce the market glut. It also called for the government to buy excess grain from farmers, which it could later release on the market if bad weather affected yields.

Five years later, the Congress turned the AAA and related laws into more permanent legislation, and the farm bill as we know it was born. Since the 1938 legislation, Congress has been required to update the farm bill every five years (well, they're not always on time).

Most of the subsidies go to corn, wheat, cotton and soybean farmers — fruits and vegetables as well as livestock (other than dairy) are largely left out. (More on that later, too.)

From 1933 to 1996, the farm bill pretty much ran this way: The government bought and stored massive amounts of grain, controlling its release on the market to prop up prices, and the U.S. Secretary of Agriculture dictated to farmers yearly how much of their land they needed to lie fallow to get paid.

A drastic turning point came in 1996, when Congress proclaimed it was finally time to start letting the free market manage farm incomes. With the Freedom to Farm Act, the government abruptly pulled out of price supports and the grain management business. Some Republicans including then Speaker of the House Newt Gingrich touted the bill as the first major step toward phasing out all farm subsidies, says Babcock.

But shortly after that, commodity prices started to fall.

"It was clear to Congress by late 1998 that we can't let farmers twist in the wind here with no support," says Neil Harl, an emeritus professor of economics at Iowa State University and frequent advisor to Congress on all things farming.

So Congress backtracked and pushed through several new farm programs, including the now-controversial direct payments, which are pretty much what they sound like. Regardless of market conditions, the government writes grain farmers support checks; the amount of the subsidy is based on farmers' historical yields and acreage (from the 1980s). The idea was that government would no longer link eligibility for subsidies to planting certain crops, but would still help support farmers suffering from low prices in the late 90s.

Because direct payments are made regardless of crop yields, they have little effect on U.S.production levels. The law was written that way to avoid running afoul of trade laws, although nations have sued the U.S. over subsidy policies, saying they lower global agriculture prices and give American farmers an unfair advantage. Case in point, cotton.

Also in the 1996 bill, the government made farmers enroll in heavily-subsidized crop insurance programs in order to be eligible for farm program payments. Enrollment took off, and crop insurance subsidies now rival direct payments in terms of spending.

A few years after the Freedom To Farm Act, the government paid record subsidies to American farmers — over $20B annually from 1999-2001.

A major criticism has been that the wealthiest farmers get the most in subsidies. In fact, according to the Environmental Working Group's crunch of USDA numbers, between 1995 and 2010, 10 percent of farmers who received subsidies took home three-quarters of farm subsidy dollars. About 62 percent of American farmers don't receive any subsidies at all, according to 2007 data.

And that brings us to today. In the last few years, grain prices have soared. Farm families are making more than non-farm families on average, says U.S. Department of Agriculture Chief Economist Joe Glauber. However, this doesn't necessarily include money made off the farm, like the farmers who take outside jobs.

It's just plain become harder to justify farm subsidies, especially direct payments, with market prices so strong. Even President Obama said last week that farmers can afford to give up some subsidies to help slash the deficit.

"I think that if you look at the budget problems we're under, I don't see where having very large budgets for agriculture are sustainable. I think that will be pressured, and I think we will see significant cuts in agriculture budgets as we move forward," says Glauber.

Still many farm organizations will fight tooth and nail to save government support programs for farmers. Grain prices may be high today, but any farmer will tell you that won't last forever. Many farm groups are willing to give up direct payments as long as they can keep a government safety net — like crop insurance.

Clearly, the debate over to what degree the government will continue to support farmers and at what cost is just getting started.

For more on this story, check out Harvest Public Media's coverage here.