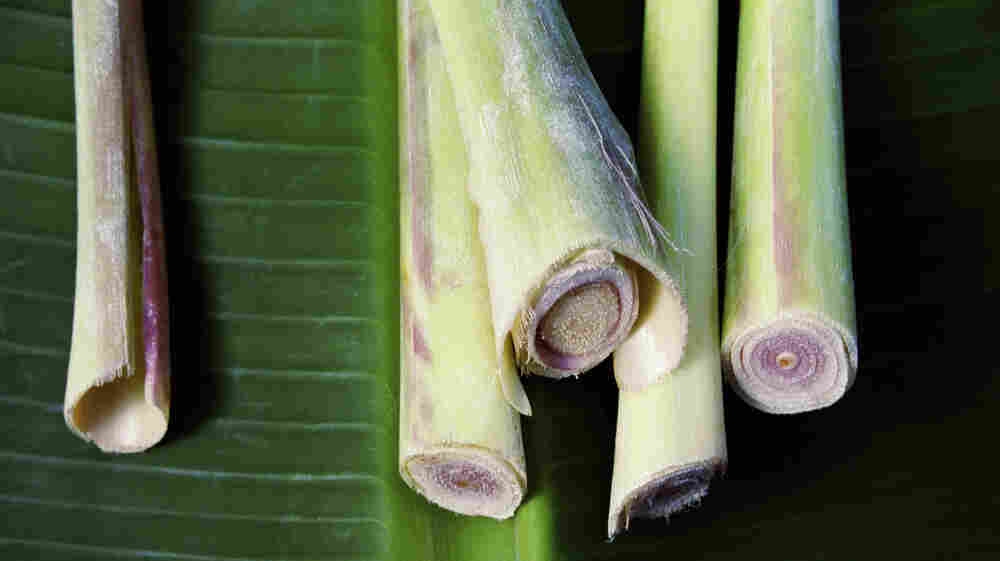 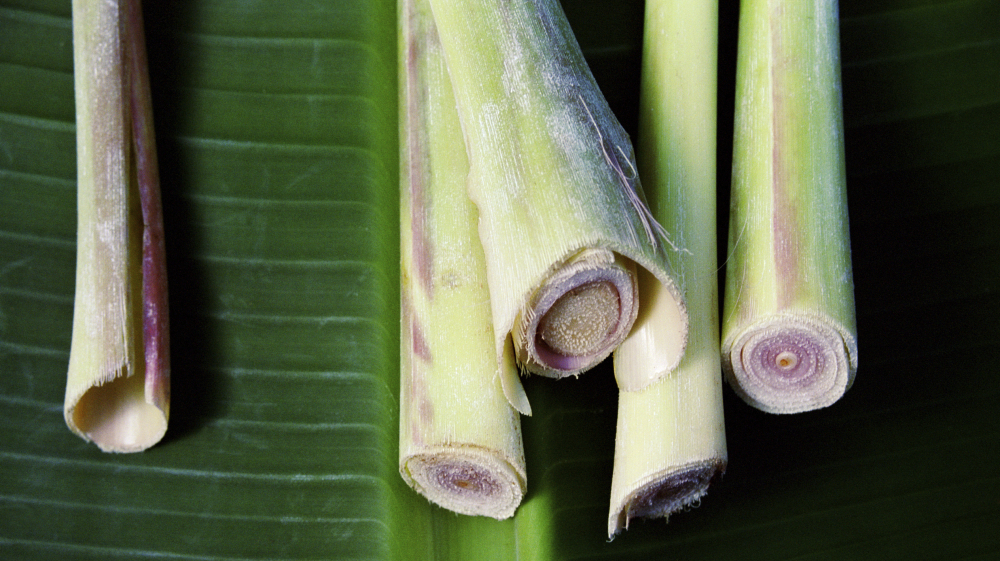 Imagine you're trekking through the concrete jungle of just about any Southeast Asian city. The first thing you notice is the smorgasbord of smells, some enticing, others downright rank. Amid the urban odor-rama, one sweet herbal fragrance stands out. It's lemongrass. And it's just about everywhere.

This herb is essential to Thai, Vietnamese, Cambodian, Indonesian and other Asian cuisines that have become popular in the West in recent years. And lemongrass takes much of the credit for the light and aromatic character of Southeast Asian cooking. It's prized for lightening meat-laden, oily dishes and strong seafood smells. Thai people also swear by its legendary medicinal properties.

To really understand the role of lemongrass in Thai cuisine, visit Naj, a family-run restaurant and cooking school located beside Bangkok's bustling Convent Road. The founder's son, Tanaporn Markawat shows us where he gets some of his ingredients.

"So now we are in our herbs garden. We have more than 50 herbs," he says, pointing out over the yard. "We have lemongrass, basil, cumin, pandanus...the main ingredients that we use in Thai food."

Tanaporn removes the tough, fibrous outer layers of a stalk of lemongrass, revealing its pink insides, and unleashes an incredible smell.

Inhale deeply, and you will absorb a fragrance that is intense and ornate, like a filigreed eave curlicuing from the roof of a Thai Buddhist temple.

Asian restaurants rely heavily on stir-frying and deep frying, and too much oil can be a problem. But lemongrass, Tanaporn says, can lift the weight of the meat and oil, and replace that weight with an herbal pungency and an exquisite lightness.

"In most of the Thai dishes, we use the lemongrass, it's very important," he explains. "Sometimes when you have the curry, the curry is oily, and the lemongrass can help you digest, it can help your blood circulation. It's very healthy," he says. 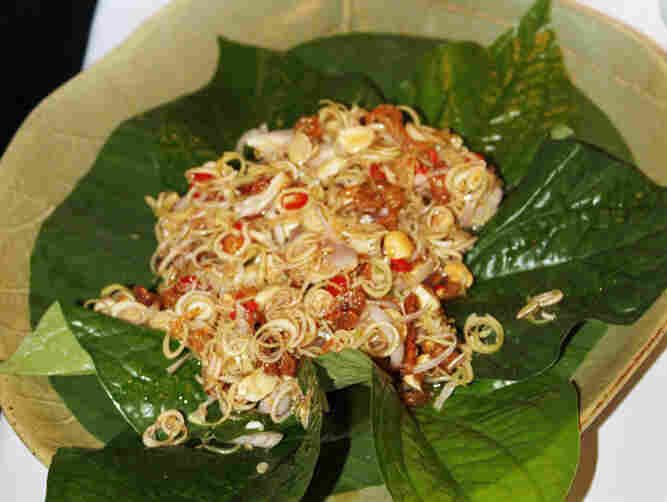 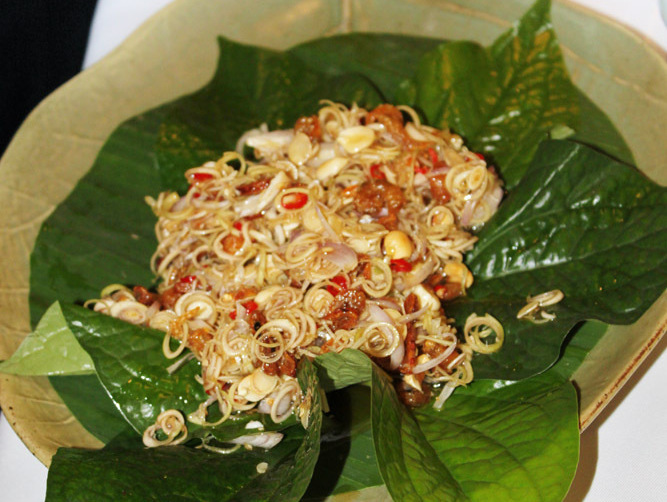 A freshly tossed Thai lemongrass salad is served on betel leaves at Naj, a Bangkok restaurant

To really understand the power of lemongrass, eat a pile of the stuff raw...in the form of a Thai lemongrass salad. It's a dish you seldom find in restaurants outside Thailand, but it's not hard to make yourself. Lemongrass is increasingly available at Asian markets and grocers in the U.S.

Lemongrass grows wild and in gardens across Southeast Asia. Tanaporn's mother Luckananaj explains that when many Thai people go to their gardens to pick some herbs to cook with dinner, lemongrass is what they come back with. It's just what they go for.

Tanaporn also shows how essential lemongrass is to Tom Yum Gong, Thailand's most iconic soup. He says the lemongrass helps to keep the shrimp from overpowering the soup's coconut and other delicate flavors.

Lemongrass is also a key ingredient in the cuisine of Indonesia, in spicy rendang beef or chicken, scented rice or salsa-like sambal condiments.

At the Jakarta Bed and Breakfast, owner and cooking school teacher Clara Sitompul prepares one of her specialties: lemongrass-flavored beef soup.

First, Sitompul cuts the beef into cubes. Then, to bring the flavor out of the lemongrass, she uses something no Indonesian kitchen should be without.

It's a stone plate and pestle called a cobek, which is used to grind up spices. Then she stir-fries the onion, lemongrass and ginger.

Sitomopul boils the beef and finishes the soup by adding a plate of celery, caramelized onions, tomato, black pepper, coriander and lemon peel.

She says the best way to describe the taste of lemongrass is by its effect: Appetizing, bordering on the Pavlovian.

"When you cook with this lemongrass, you'll be hungry when you smell it, of course," she says, proudly ladling out the hearty, tangy soup.