Accessibility links
Where To Get Your Taste Of The Pawpaw : The Salt Festivals, beer, recipes and pie

Where To Get Your Taste Of The Pawpaw

Where To Get Your Taste Of The Pawpaw 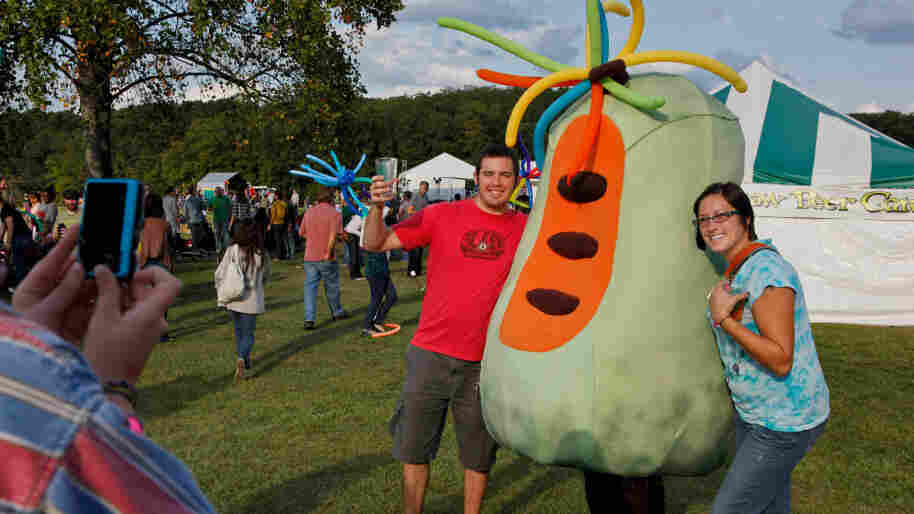 Fans pose for a picture with a pawpaw character at the 13th Annual Pawpaw Festival in Albany, OH. Abby Verbosky/NPR hide caption 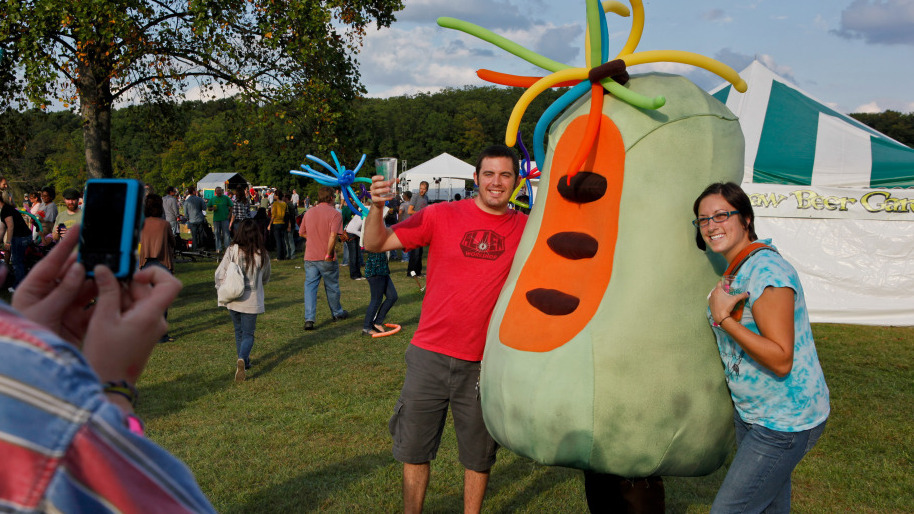 Fans pose for a picture with a pawpaw character at the 13th Annual Pawpaw Festival in Albany, OH.

The pawpaw season is almost over on the East Coast. But there are still plenty of ways to get a taste of this mysterious and historic fruit. (In case you missed it, check out our Tiny Desk Kitchen video and story on the pawpaw from yesterday.)

If you can't get enough, Chef Jose Andres is serving up pawpaw sorbet at America Eats Tavern in Washington, DC. "I've been falling in love with the pawpaw," he says.

Andres' daughter introduced him to the fruit during a hike along the river. But what really got him excited was when he learned it was a fellow Spaniard — Explorer Hernando DeSoto — who first documented the pawpaw in America back in 1541.

But he's not the only one mad for this hip fruit.

If you're looking for fresh pawpaw, the season's just starting in Michigan. Ed Baker, owner of Earthy Delights, will be shipping the fruit through mid-October.

Midwestern brewers are having fun experimenting with pawpaw beer. Garin Wright of Buckeye Brewing Company in Cleveland says he's shocked by how well the taste of the pawpaw holds up in his brew. Ohio's got a festival, too.

You can find trees in specialty nurseries if you want to grow them in your own backyard.

And if you grow enough fruit, how about making your own pulp? It's great for baking. Artist Julie Zickefoose who lives in the Appalachian foot hills of Ohio has become a real pawpaw pulp pro, and shares her experience.

Our own Picture Show blogger and food maven Claire O'Neill shares them here: 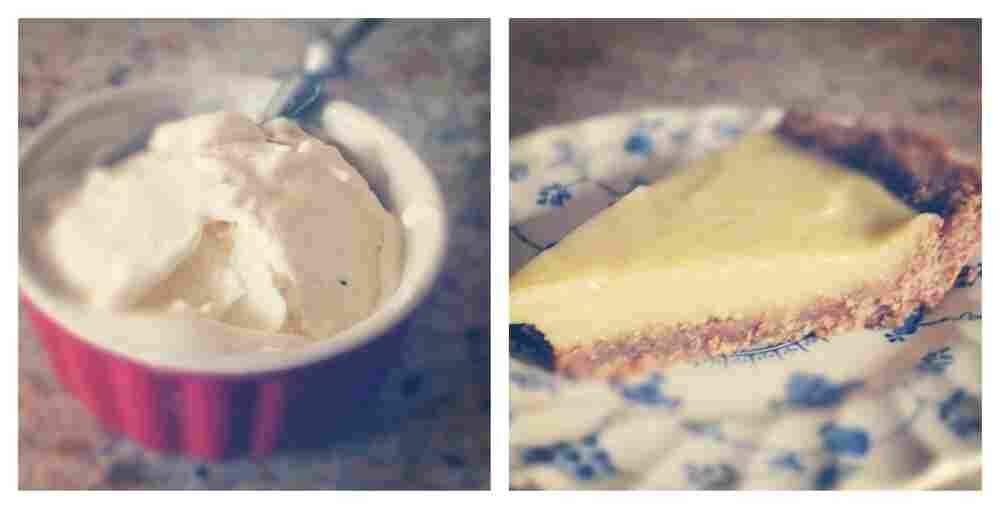 The Kentucky State University folks have a French-style custard recipe on their site. That means eggs and double-boilers and other scary things. So I opted for a simpler American version. After excessive research, I arrived at a 2:1:1.5 ratio of cream to milk to sugar. The rest is a piece of cake, or something like that.

Makes about a pint

Heat the cream, milk, sugar, vanilla and zest in a saucepan until the sugar dissolves. Strain, cover and cool immediately.

Mix lemon juice into pawpaw pulp and set aside.

Once the cream mixture is cool, put it in the ice cream maker. With about 10 minutes remaining in the process, slowly add the pulp and let it combine. Freeze according to manufacturer's directions.

The filling is adapted from KSU's version, but I added lime. The crust is of the standard graham persuasion.

Combine the crumbs and sugar; add butter and blend. Press onto the bottom and up the sides of pie plate.
Bake at 375 for 10 minutes. Cool on a wire rack or refrigerate before filling.

Combine sugar and flour or cornstarch. Add the beaten egg yolks, milk and cream. Mix well and add pawpaw pulp. Cook and stir constantly over low heat until thickened. Take off the heat and cool to room temperature.

Pour the custard directly into the pie shell and then cool the whole thing in the fridge for an hour before serving.