Accessibility links
Eating Meals With Men May Mean Eating Less : The Salt Both women and men eat less when their dining companions are men, according to new research in the Journal of Applied Social Psychology. 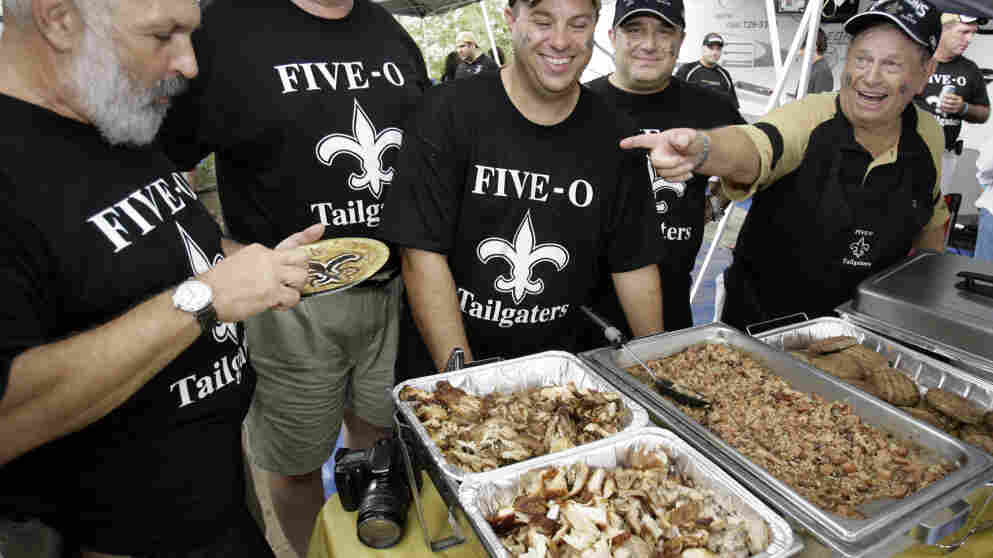 Tailgaters enjoy the food before a Tennessee Titans-New Orleans Saints football game in 2007. 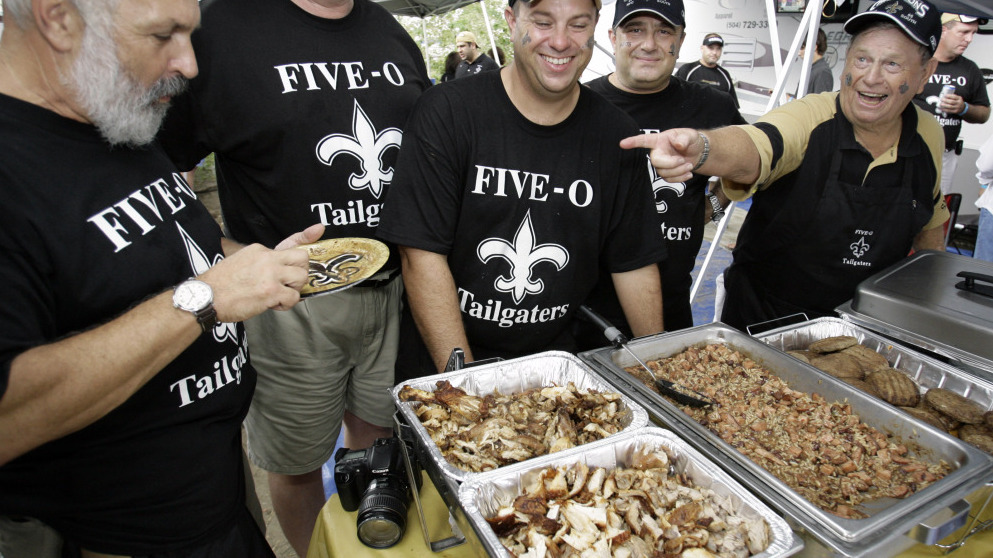 Tailgaters enjoy the food before a Tennessee Titans-New Orleans Saints football game in 2007.

It turns out that the gender of your dining companions makes a big difference in what you eat and how much you eat. The new research on dining habits — although small — adds a new dimension to the study of risk factors for obesity, and could also shed new light on eating disorders such as anorexia.

The study, conducted among a sample of 127 college students, suggests that both men and women are influenced by unconscious scripts about how to behave in each other's company. And, these scripts change the way men and women eat when they eat together and when they eat apart.

Molly Allen-O'Donnell, then a graduate student at Indiana University of Pennsylvania, wanted to find out if what we eat is influenced by our peers. Allen-O'Donnell sat at a popular college eatery and observed how much food people purchased for lunch and dinner.

"I sat in a table so I could see what people were purchasing without really being intrusive," she said.

Allen-O'Donnell then observed whether students ate alone or with company. If they sat in groups, she counted the size of the groups. After asking permission from the people she'd observed, Allen-O'Donnell also documented whether people sat with friends or romantic partners, and whether or not they thought themselves overweight.

While multiple factors were correlated with how much people ate, Allen-O'Donnell and her co-authors found that the gender of people's dining partners seemed decisive.

When women sat with other women, for example, they ordered an average of 833 calories. When they ate with men, on the other hand, they purchased only 721 calories on average.

Allen-O'Donnell and co-author Marci Cottingham at the University of Akron said in interviews that they expected women would choose to eat less food when they ate in the company of men, since cultural norms in the West tell women to peck at their food in the company of men.

Prior research has suggested that women's beliefs about what constitutes appropriate eating portions in the presence of men could be responsible in part for eating disorders such as anorexia.

The surprise was the men – think of a group of guys holding back on the wings at a tailgate party or a Superbowl pigout. But when men sat with other men, they ordered an average of only 952 calories. When they sat with women, they ordered 1162 calories.

None of the participants that Allen-O'Donnell spoke with said they were aware that the gender of their dining partners affected how much food they purchased.

The point of the research, the researchers said, was to get people to realize that context mattered — even when it comes to food. Once people were aware that they could be unconsciously influenced in their dining choices, they might make eating decisions more deliberately.