Accessibility links
How Thrown-Out Food Links To Global Warming : The Salt The greenhouse gas emissions from the 55 million tons of food the U.S. food wastes every year add up to 135 million tons a year. Some foods, like beef, have a much bigger impact on the climate than others. 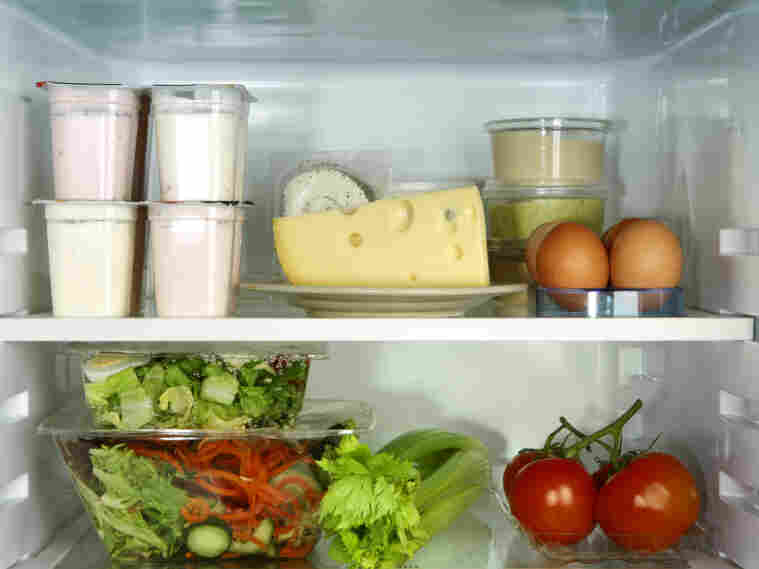 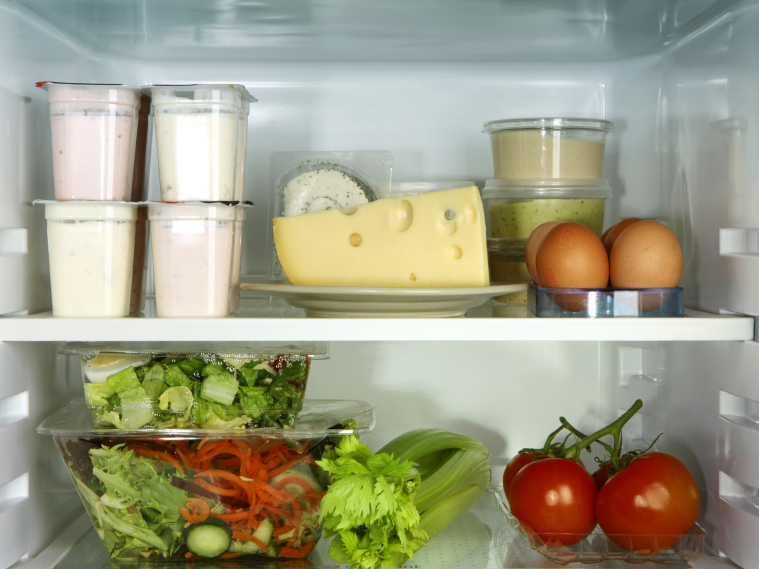 It's funny how some people are embarrassed by the state of their refrigerator – perhaps because it's full of beer and condiments and nothing else.

For me, it's the guilt of seeing off-color sausage or slimy lettuce disintegrating in my refrigerator drawer. Sadly, I am just another American prone to wasting food. Collectively, we waste about 55 million tons of the stuff a year, or 40 percent of the food supply, researchers estimate.

For the guilt-ridden food wasters among us, a little company out of Oregon recently found a way to poke us to shop more prudently. They've crunched the numbers to show how the greenhouse gas emissions from the production, transport and disposal of all the food we could eat — but don't — adds up.

CleanMetrics builds software that does life cycle analysis for companies and organizations who want to measure and reduce their environmental impact. Last year, Kumar Venkat, the company's founder and president, was asked by the Environmental Working Group to measure the climate impact of meat consumption, which resulted in its Meat Eater's Guide to Climate Change & Health.

That project got him thinking about other emissions associated with food, and wasted food in particular, Venkat tells The Salt. So he gathered USDA's estimates of food loss from retail and consumers for 2009. And when he fed it into his software he found that food waste is responsible for 135 million tons of greenhouse gases every year, or about 1.5 percent of all emissions.

So how does that break down for a family or an individual? The average family is responsible for about 1,800 pounds of emissions from food waste, while an individual contributes about 440 pounds a year, Venkat found. A typical car, meanwhile, emits about 9,000 pounds a year. The emissions from food waste don't include food eaten in restaurants or the energy used in cooking or packaging wasted food, however. 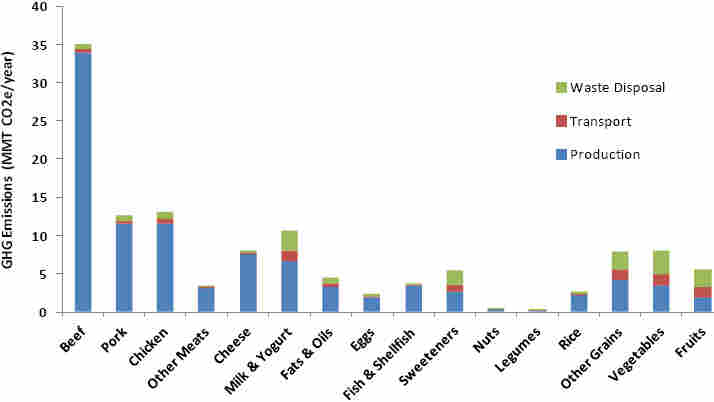 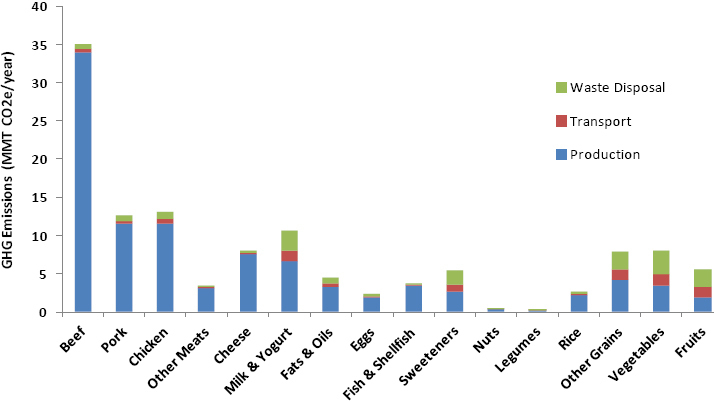 But all this food that goes to rot isn't evenly distributed across the grocery store. For example, we waste about 35 percent of the chicken, fish and fruit we produce, while we only waste about 15 percent of the nuts and legumes on the market, according to USDA.

And some foods also have a much bigger impact on the climate than others. "If you compare beef to tomatoes, beef has a much higher footprint," says Venkat. "So if you're going to reduce waste, you need to prioritize."

And by the time the food has reached you, the consumer, a lot of those emissions are already on their way to the atmosphere. Venkat says that nearly 80 percent of the greenhouse gas emissions come from producing and processing food.

But not only does food waste make a sizable contribution to global warming – it's also a lot of money. Venkat calculated that if household food waste could be cut in half, a family of four could save $600 a year. And since there are no regulations that force companies or individuals to reduce their emissions yet, the opportunity to save money is probably the best incentive to reduce food waste there is, says Venkat.

But most people will always have some food waste no matter how hard they try to avoid it, and so the next best thing to do is compost it. That, at least, will keep it out of a landfill, where huge piles of decomposing material generates methane, a potent greenhouse gas.

Why Does The Global Warming Debate Provoke So Much Anger? Sept. 30, 2011